My religious beliefs, or rather my lack thereof, come from my interest in science. Because religion is such an emotive topic, these have been separated from my scientific pages. It is a shame that this is necessary. It is my belief that religion being emotional is crucial to the reasons for its success, since it means people do not examine the evidence as to whether it is true or not.

My core religious belief is that we are alone, but it's not the end of the world. We can still do something with this universe.

Religions have done much good, and much harm. My main point is that they are not true. Their claims about the universe are not true.

Judaism has a fairly benign history. My pages on it are mainly about its enemies.

Islam is the most violent and oppressive religion in the world today.

Islamic terror attacks on the West


Islam in the UK

As belief in traditional religions has been challenged, many irrational religion-substitutes have grown up. By far the most evil religion of all time (in terms of body count) is communism. 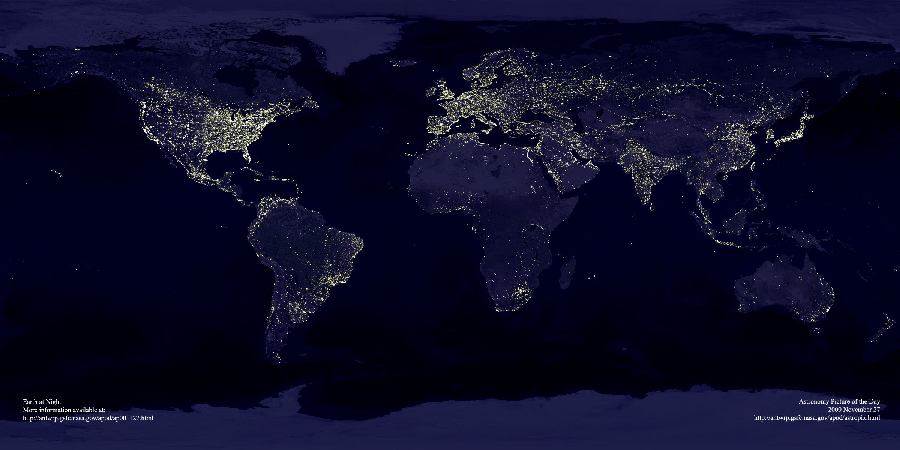 Earth at night from space.
From NASA (and here). Image is apparently public domain.
See full size and UK and Ireland.