This is closely related to the atheism page. Believers in astrology and the paranormal also believe in extraordinary things without evidence. They use the same type of logical errors, unverifiable anecdotes, lack of predictive ability, and post hoc interpretations of unrepeatable events, as are often used in support of religious claims.

And it is not just that the tools of scepticism are the only way of finding out what is true. They are also good for society. Scepticism is opposed to all totalitarianism, and is a far better defence against such than religion, which has a long history of collaboration with totalitarianism and killing on its own behalf. To teach our children to question authority, to read forbidden books, to distrust political and religious movements and leaders, and to regard faith (belief without evidence) as an intellectual failing, is the best thing we can do to ensure the future of human civilization. The values of atheism and scepticism are the values of science, freedom and liberal democracy.


The hilarious psychic scene in Life's Too Short.
Jump to 1:15.
Warwick Davis doesn't know any Johns.

"If You Open Your Mind Too Much, Your Brains Will Fall Out (Take My Wife)" by Tim Minchin.


If these things work, why don't people use them to make money?
From xkcd.com.


Comedian Dara Ó Briain on alternative medicine.
"I'm sorry, "herbal medicine": "Oh herbal medicine has been around for thousands of years." Indeed it has. And then we tested it all, and the stuff that worked became "medicine"."

"Homeopathic A & E" from That Mitchell and Webb Look.
One doctor consoles the other after a patient dies because his serious injuries did not respond to their nonsense treatment: "OK, so you kill the odd patient with cancer or heart disease ... or bronchitis, flu, chickenpox or measles. But when someone comes in with a vague sense of unease, or a touch of the nerves, or even just more money than sense, you'll be there for them."

Astrology is based on the concept of constellations, such as Aquarius, Capricorn, Taurus, etc. It's important to note that constellations don't exist. If you have to ask why, you have obviously never thought about it.

Astrology was disproved by the discovery of Uranus by William Herschel in England in 1781. If you have to ask why, you have obviously never thought about it.


"It could just be coincidence". From QualiaSoup.
A poor understanding of probability leads many people to put forward supernatural or paranormal explanations where none are required.
I love the section on dreams!

From Freudian theory to "recovered" memories, psychology is a field plagued by dodgy pseudo-science and popular but unscientific enthusiasms. The fact is, the brain is deeply mysterious. Not only do we lack good models of how it works, but its own self-analysis is flawed and subject to invention.

Fake psychology and fake memories do not necessarily cause harm. Someone misremembering their childhood may cause extra therapy sessions, but probably will not lead to anyone being jailed. But false memories do cause real harm when they intersect with one very serious area: claims of historic child abuse.

Human memory is fallible, and the brain is strange, and while claims of historic crimes, which have left no physical evidence, could of course be true, scepticism must always be applied to everything. "Believe all victims" is exactly how not to do it. Rather, "Investigate all victims".


James Randi sabotages Uri Geller on The Tonight Show in 1973. Hilarious.
And search.


Hilarious 9/11 Conspiracy video from The Onion.
"An Al Qaeda representative says that claims the U.S. government was behind the attacks on Sept. 11th are demeaning to Al Qaeda."
Also here. 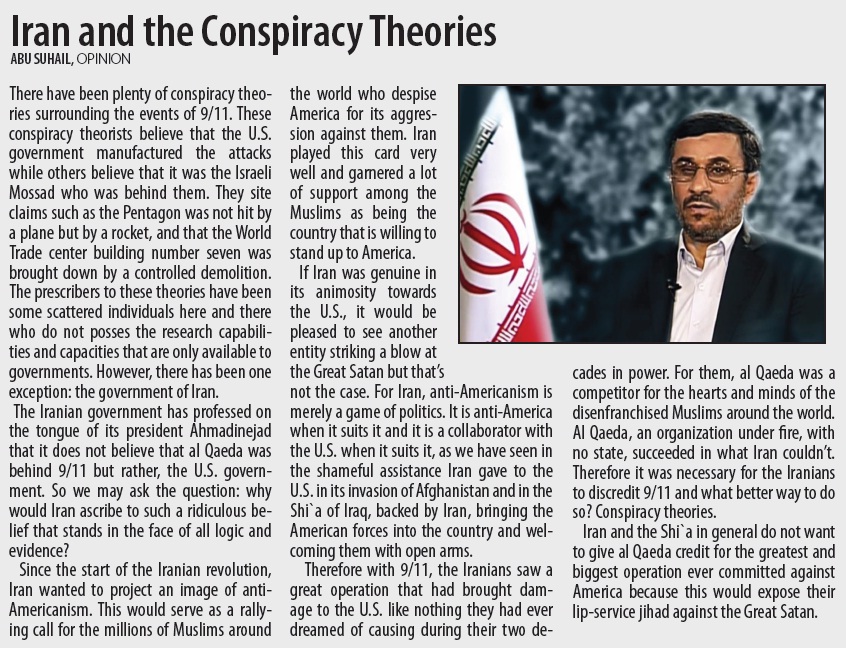 Life imitates The Onion:
Al Qaeda gets angry with Iran for spreading 9/11 conspiracy theories.
This is real life, not The Onion!
This is from Al Qaeda's magazine Inspire, issue of Sept 2011. 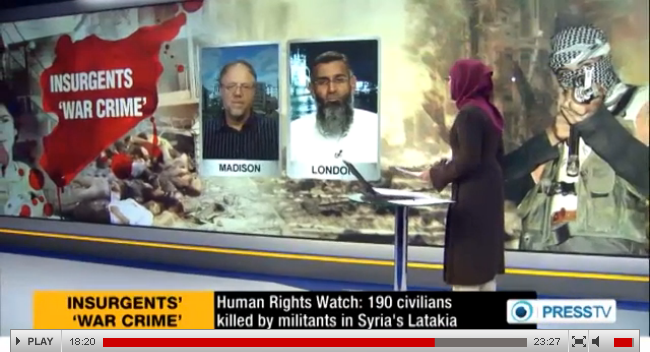 The real life Onion guy turns up on Iranian TV:
American Islamist fanatic and conspiracy theorist Kevin Barrett attacks Al Qaeda for claiming credit for 9/11: "al-Qaeda .. [has] gone around .. doing incredibly stupid things like allowing the Zionists and the US National Security State to frame it for supposedly conducting the 9/11 attacks, which were an obvious inside job, and yet these so-called al-Qaeda people are so incredibly stupid that they don't even recognize it, and then they run around trying to claim credit for it, thereby completely destroying political Islam around the world, making us look like idiots. It's really sad".
This is real life, not The Onion!

Prophecies of Mother Shipton of Yorkshire:

"In Nineteen Hundred and Twenty-six
build houses light of straw and sticks.
For then shall mighty wars be planned
and fire and swords shall sweep the land."

"The World then to an end shall come
In Nineteen Hundred and Ninety-one."
(Actually this used to read "In Eighteen Hundred and Eighty-one." Her believers modified it after that year passed uneventfully.)