Note that I am a supporter of free speech based in Ireland.
Woroni have nothing to do with this page and probably do not approve of it. "Woroni" is the student newspaper of the Australian National University, Canberra.
What happened when they decided to run a series slagging off the world's religions sums up what is wrong with Islam, and what is wrong with the West's reaction to Islam. 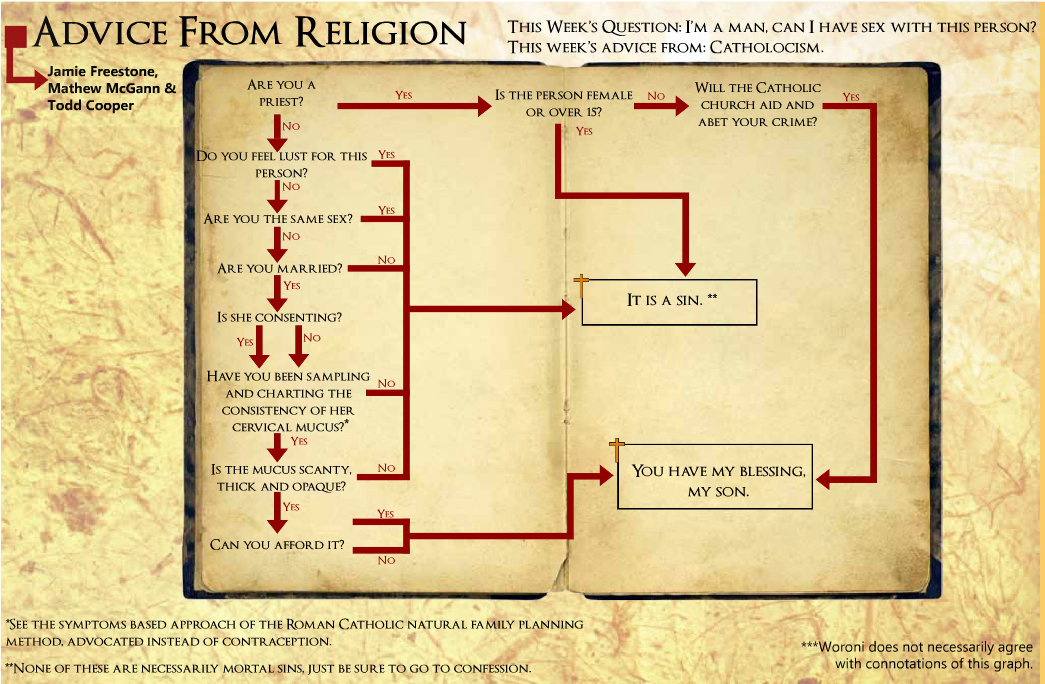 Woroni Edition 1 of 2013 - Catholicism.
People laugh. No one complains. 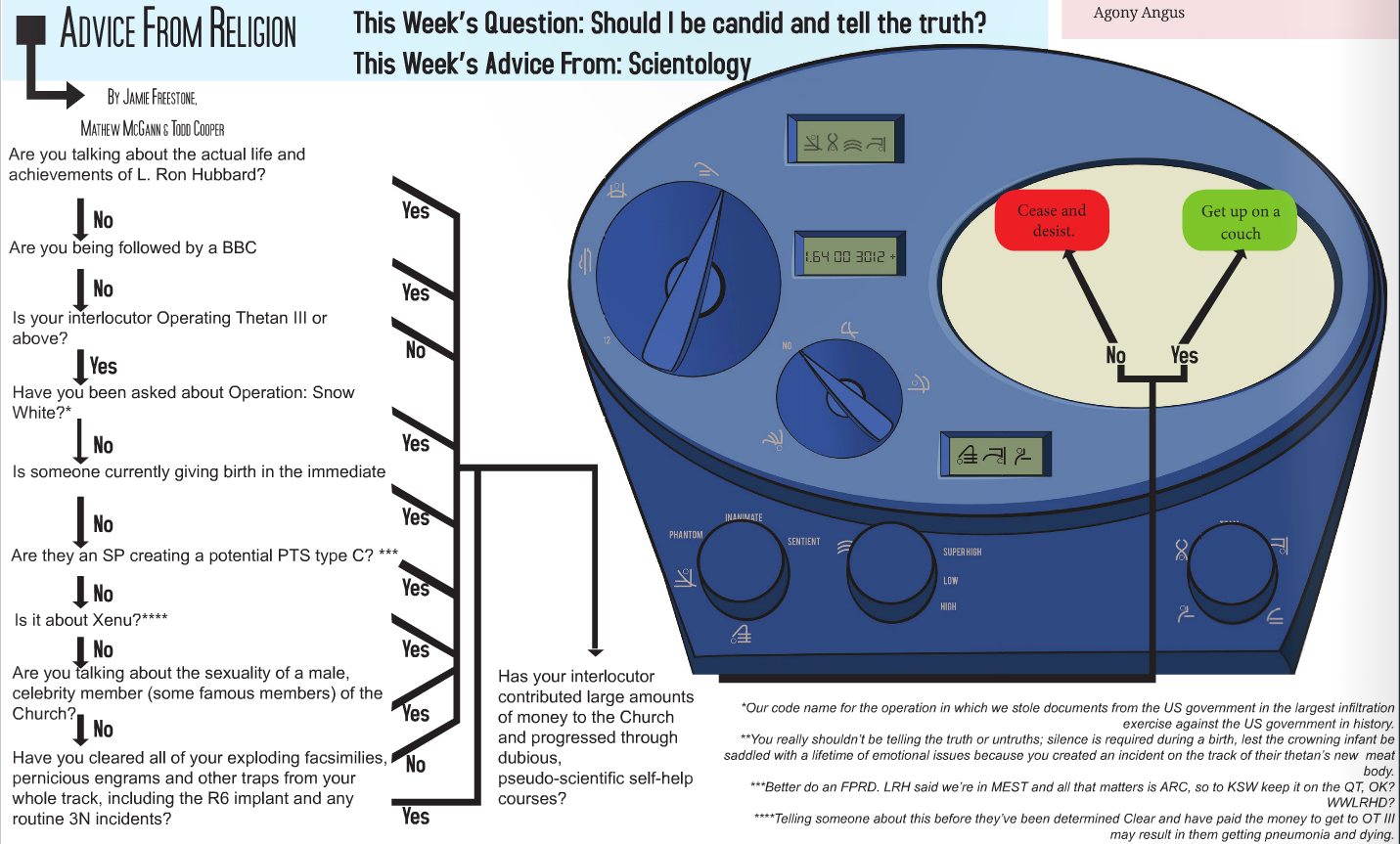 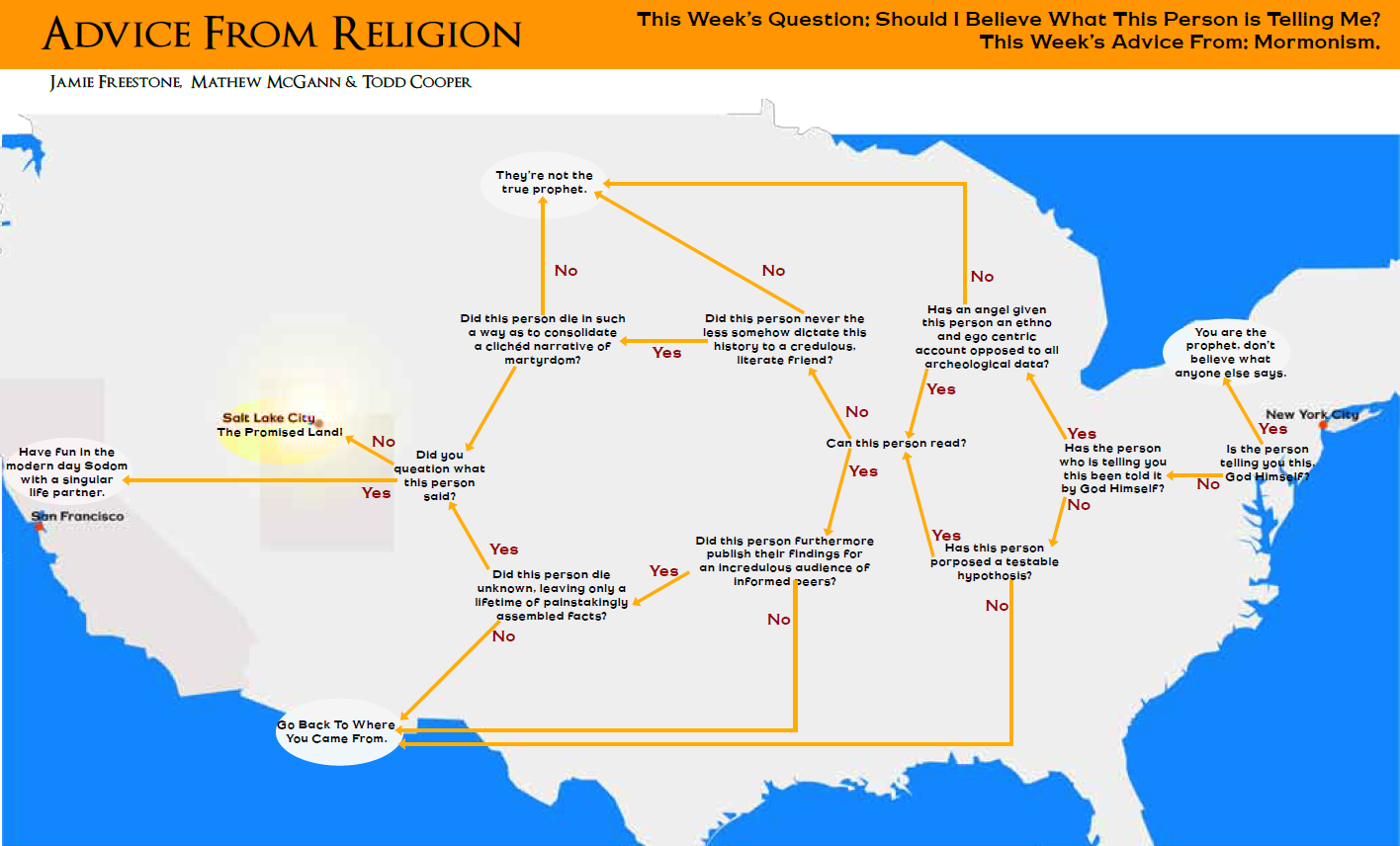 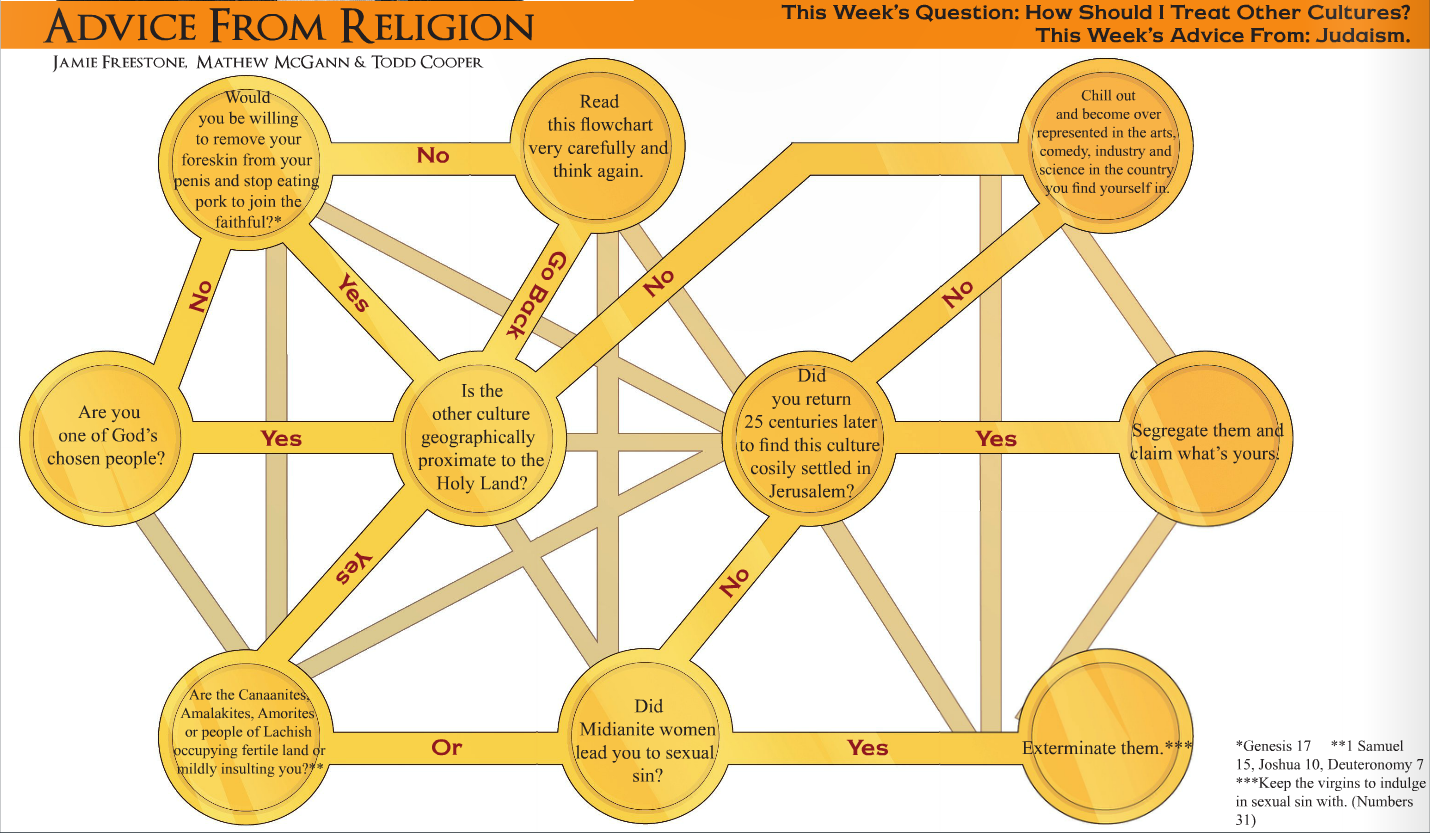 Islam - And all hell breaks loose 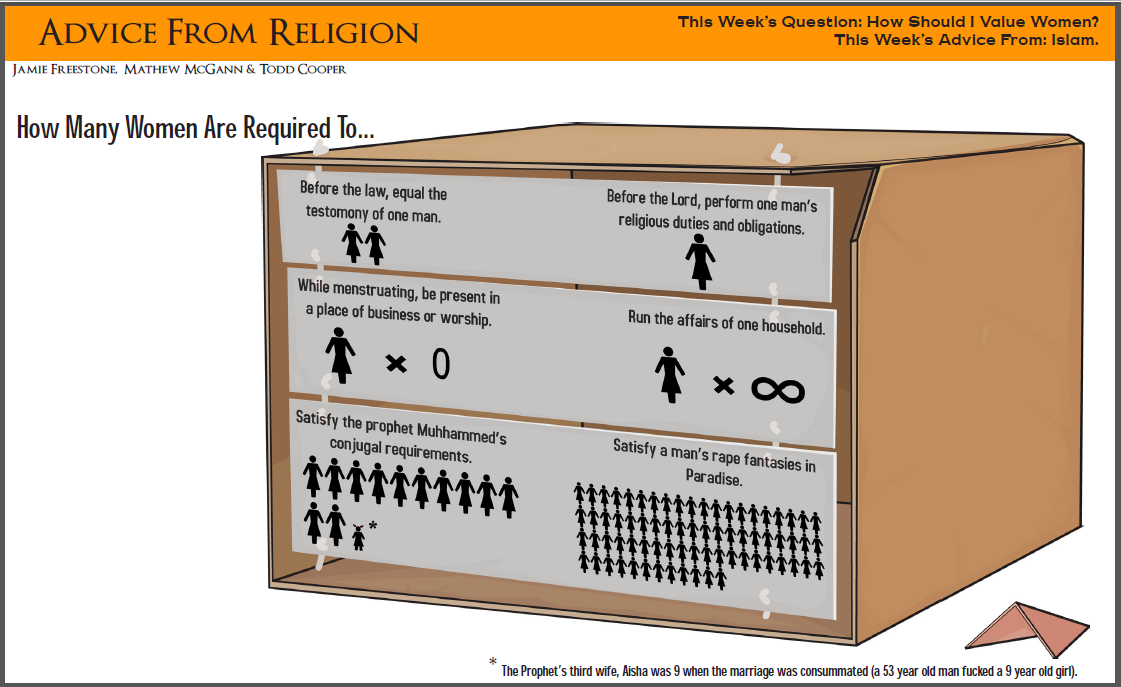 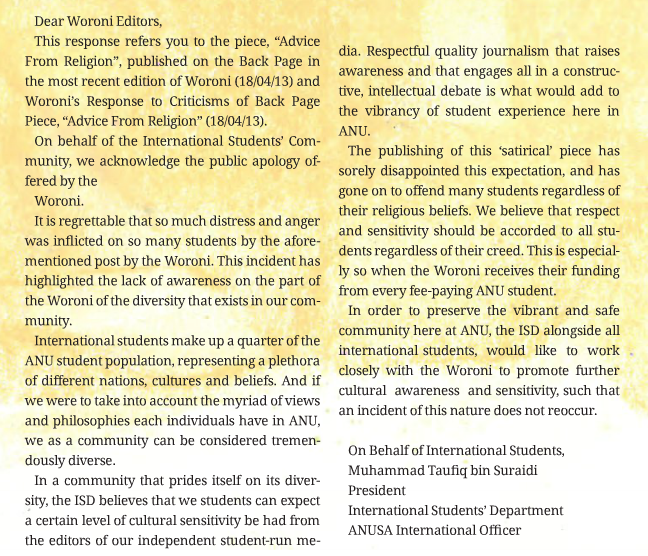 Muhammad Taufiq bin Suraidi, a Muslim student from Singapore, demands it be forbidden to criticise Islam at Australian universities.
From Letters to Woroni Edition 6.
Unfortunately, the ANU Chancelry agrees with him.

Return to Criticising and satirising religions.