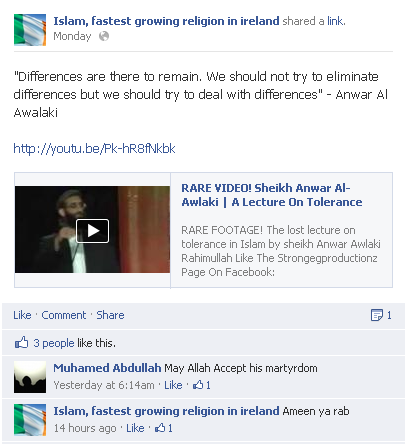 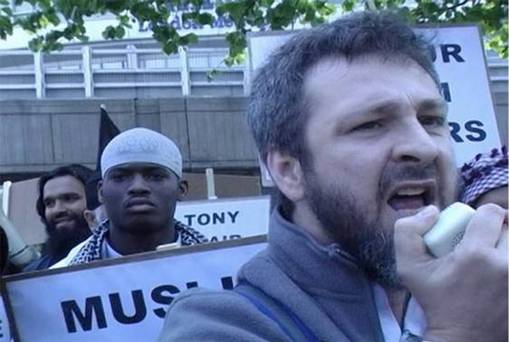 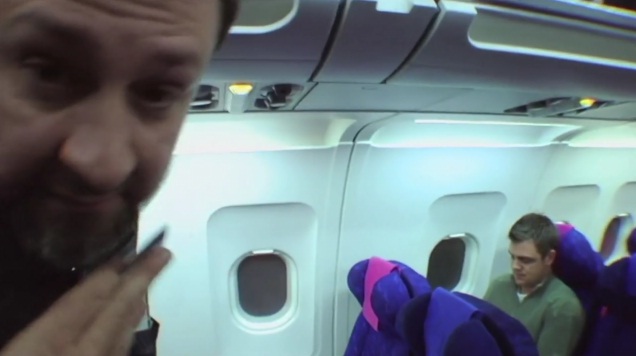 Some poor guy finds himself on an airplane with Khalid Kelly.
From HolyWars.

Khalid Kelly, 23 Sept 2012, calls for the killing of the maker of the film Innocence of Muslims.

Irish terrorist Khalid Kelly claims he was beaten up by the Gardai, 2010.
From jihadi site revolutionmuslim.com.
All lies, I am sure. I wouldn't trust a terrorist's word on any issue.
But it is good to see that the Gardai kept a watch on dangerous people like him. 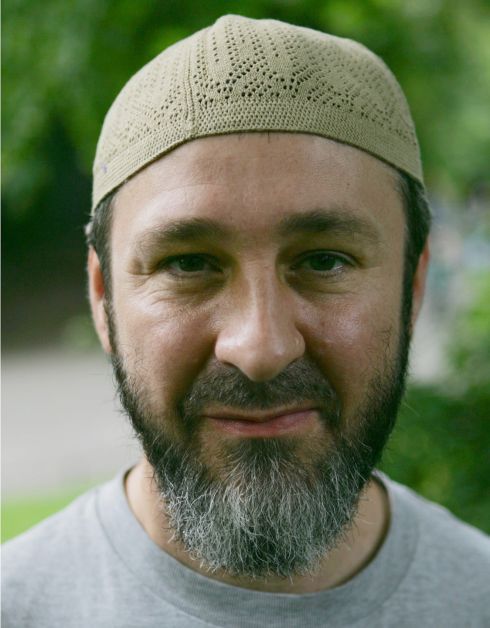 Khalid Kelly, the Irishman who joined ISIS.
Did he rape screaming Iraqi Yazidi children himself?
We may never know.

Islamic extremists in Ireland are allied with the pro-jihad Irish left, such as the Irish "Anti-War" Movement.

They have hosted pro-jihad conferences and pro-jihad demos in Ireland. 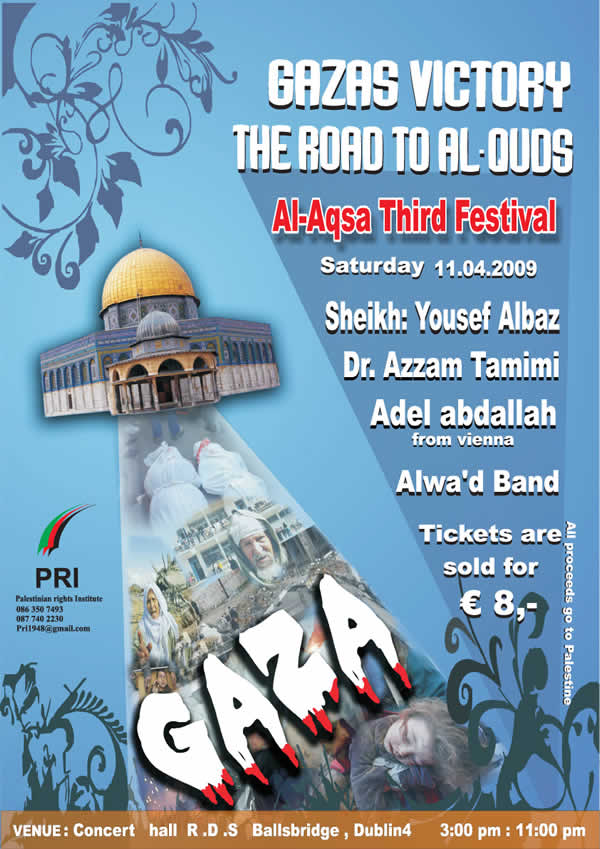 Hamas flag at an anti-Israel march in Dublin in 2010.
Pro-jihad Irish leftists working with Islamic extremists. 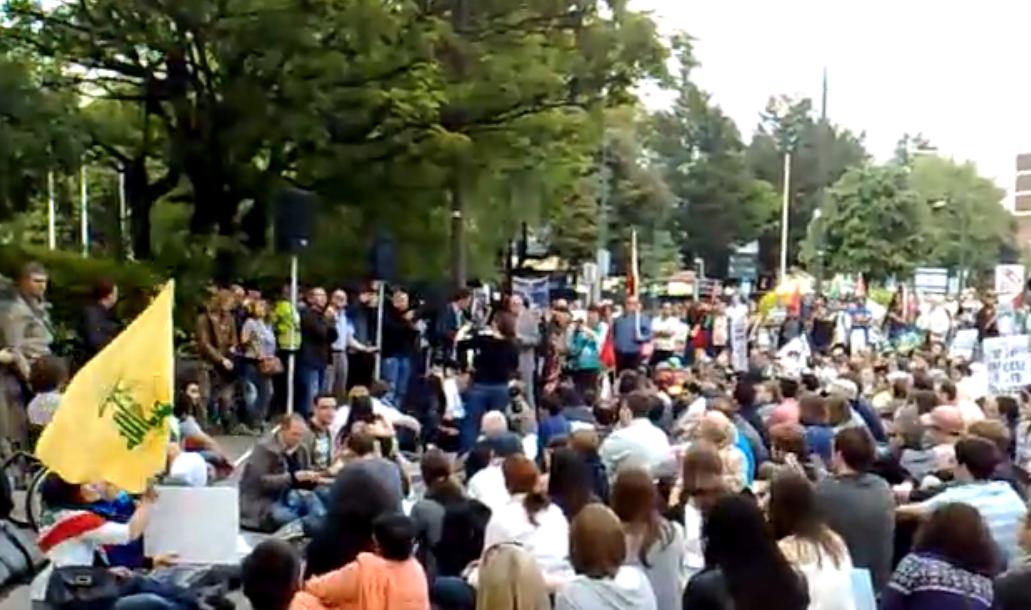 Hezbollah flag at an anti-Israel march in Dublin in 2010. 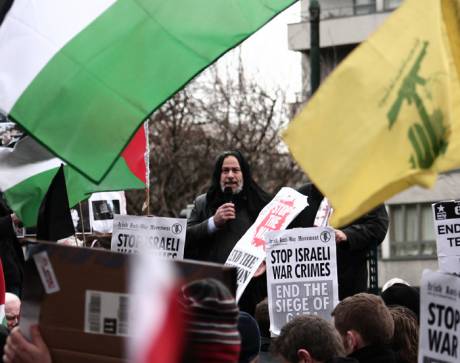 Hezbollah flag at an anti-Israel march in Dublin in 2009.

The Innocence of Muslims protests

The extremism on display in the Innocence of Muslims protests in Ireland in 2012 was very sinister. This is a clear warning of the future that awaits us. 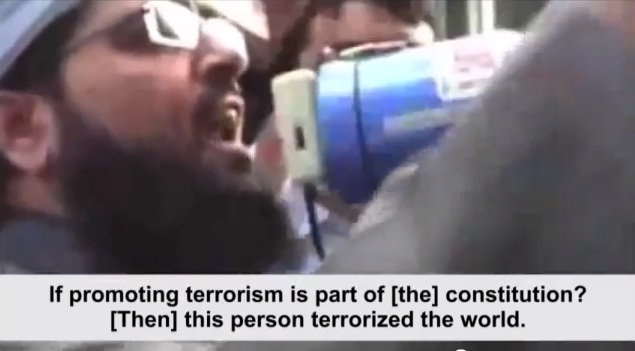 Irish Muslim cleric Moulana Ghulam Ahmed Rabbani of the Irish Sufi Foundation in a protest at Google headquarters, Dublin, Sept 2012. Click through for video.
A protest against Islamic terror videos on YouTube? No, of course not. A protest against the film Innocence of Muslims.
This nutcase declares that the maker of the film "terrorised the world" by criticising Muhammad. He says the film maker "should be arrested". He never condemns the Islamic violence in response to the film. He issues the sinister declaration that: "We will struggle till the last drop of our blood." 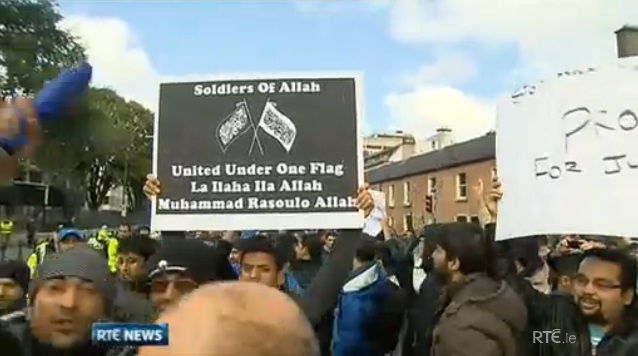 The black flag of jihad is raised in Dublin, Sept 2012, in a protest over the film Innocence of Muslims.
RTE report, 26 Sept 2012.

Another video of the same extremist protest, Dublin, Sept 2012.
Also contains a shot of the black flag of jihad.

What looks like Ireland's first Islamic terror attack happened in Jan 2018. A random person was killed on the street in Dundalk by an Egyptian Muslim recently arrived in Ireland. He told Gardai (police) he acted for Islamic State.

Person called "sregdab" ("badgers" backward) suggests the Dundalk attacker might have been angered by criticism of Muslim Brotherhood prisoner Ibrahim Halawa. So the attack is Ireland's fault! Or even my fault personally.
No this is not a parody account. The same person was previously spinning hard for the Halawas and the Muslim Brotherhood. I don't know if he/she is an Islamist or a leftist. He/she later deleted their account.

The root cause is ... capitalism!
Apparently Glenn Fitzpatrick is not a parody either.
(He blocked me after this. He later deleted his account.)

Return to Islam in Ireland.