Egypt - How Egypt converted to Islam

How Egypt converted from Christianity to Islam

How the Islamic World was Forged by Raymond Ibrahim, August 31, 2015, considers how the Christian Middle East and Christian North Africa became Islamic. Which was by warfare and persecution, of course, not by persuasion.

He quotes A Short History of the Copts and of Their Church by the 15th century Muslim historian Al-Maqrizi (translated to English 1873). I thought I would quote more from this work, since it illustrates in a nutshell how the Islamic world came to exist.

This is not ancient history, because much of what happened to the Egyptian Christians (destruction of churches, slavery, rape, humiliating rules) is still happening to Christians across the Islamic world today. 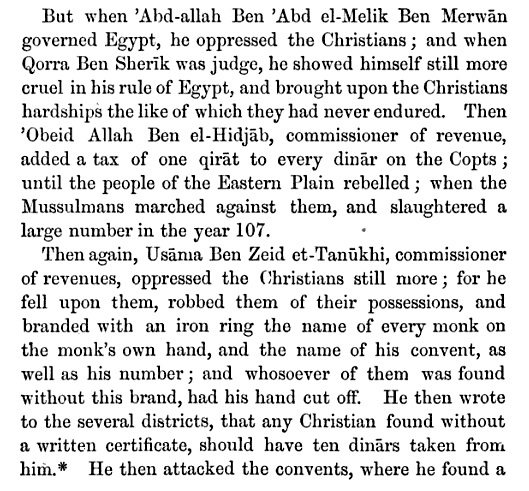 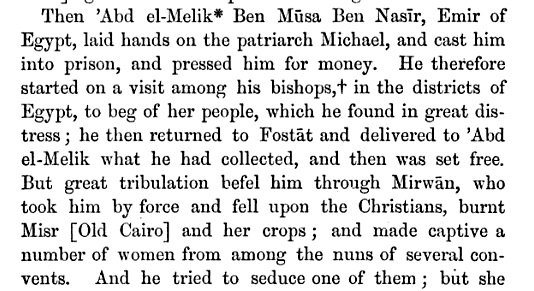 The rape of Christian women.
This is under Abd al-Malik ibn Marwan ibn Musa ibn Nusayr, governor of Egypt 749.
From p.78. 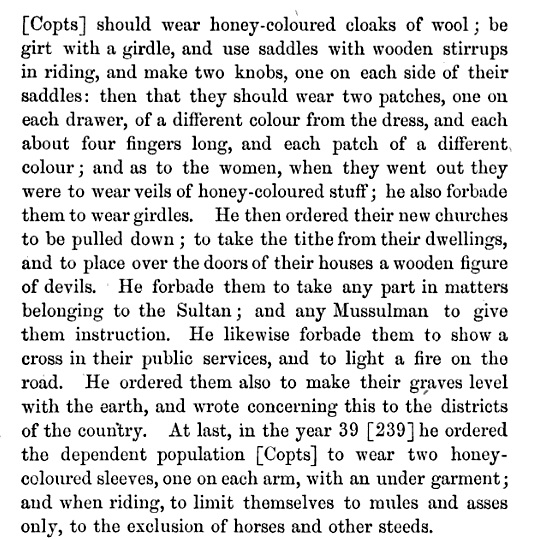 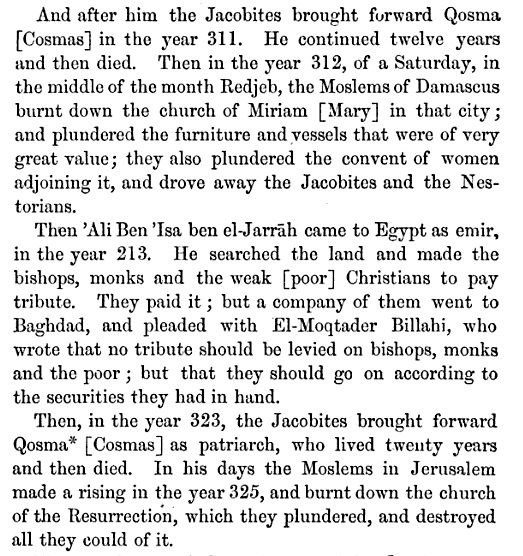 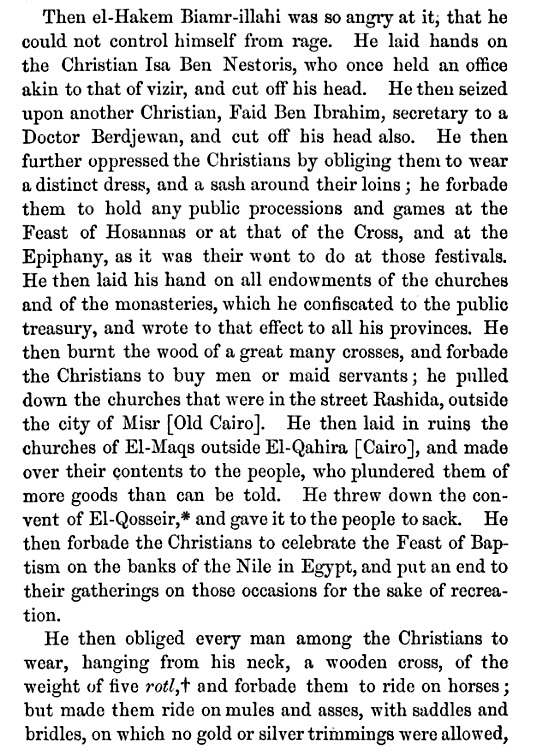 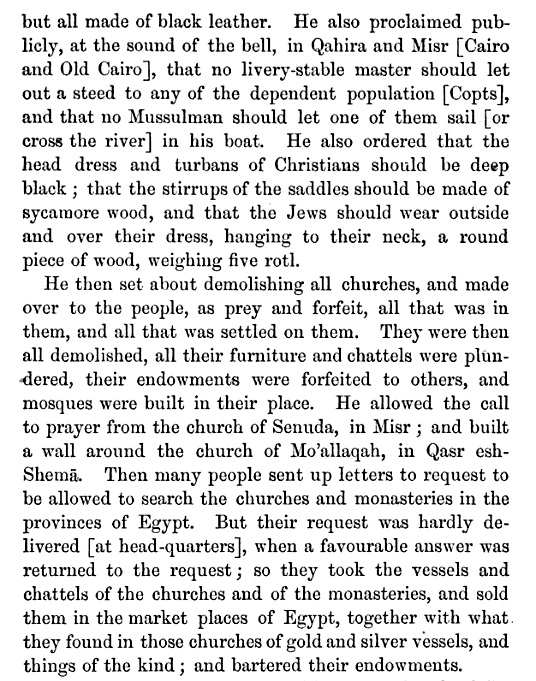 I will end by noting, as Raymond Ibrahim does, that the text notes exactly why persecuted Egyptian Christians became Muslim: "Under these circumstances a great many Christians became Mussulmans."
The above is still under Al-Hakim bi-Amr Allah, caliph 996 to 1021.
From p.91.
But of course the persecution does not end in 1021.
It goes on for a thousand years, and is still going on today.

Abu Waleed of "Need4khilafah" agrees with the persecution and humiliation of the dhimmi practiced by the Islamic rulers above.
He says, Jan 2014, that dhimmis would be humiliated in his ideal Islamic Britain: "When an infidel walks down the street, he has to wear a red belt around his neck, he has to have his forehead shaved, and he has to wear two shoes that are different from one another. He is not allowed to walk on the pavement. He has to walk in the middle of the road, and he has to ride on a mule."
And he explicitly points out that this would encourage people to convert to Islam.
He is proud that people convert to his moron religion not because of evidence, but because of force.
From MEMRI. See transcript.
In real life, Abu Waleed is an unemployed parasite who lives on benefits.

The Catechism of perseverance (1850) rather accurately describes how Islam spread.
Christianity understood Islam better in the past.