Iran and North Korea are the two main state enemies of the free world today. Both threaten democracies (Israel and South Korea) with extinction. Both are developing nuclear weapons, which they will proliferate to other tyrannies and terrorists.

It is long past time that America and Israel acted to end Iran's nuclear weapons program.


Trailer for the documentary Iranium (2011). 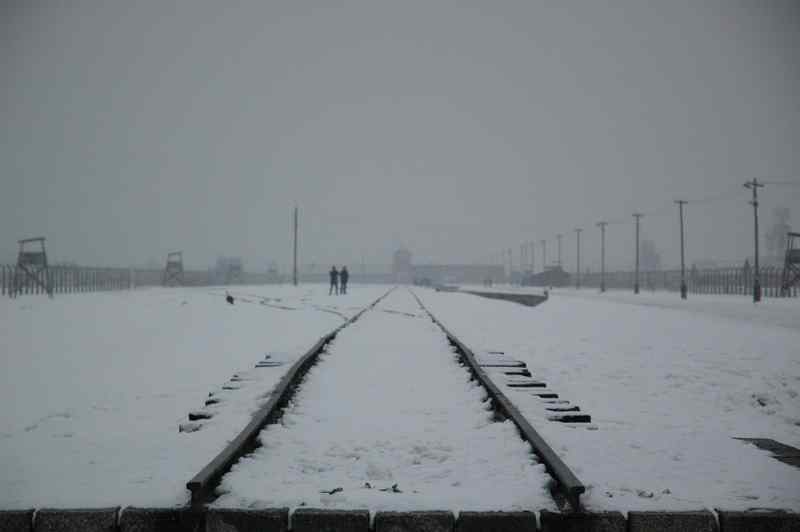 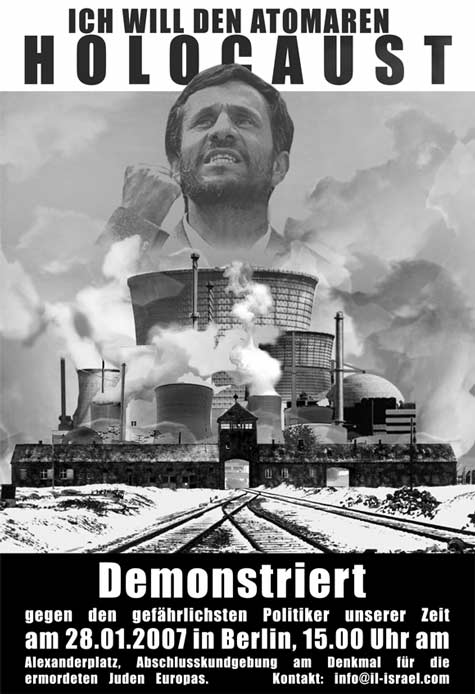 Demo, Berlin, Jan 2007, against Ahmadinejad's threat of an atomic holocaust of the Jews.
From here. Try here. 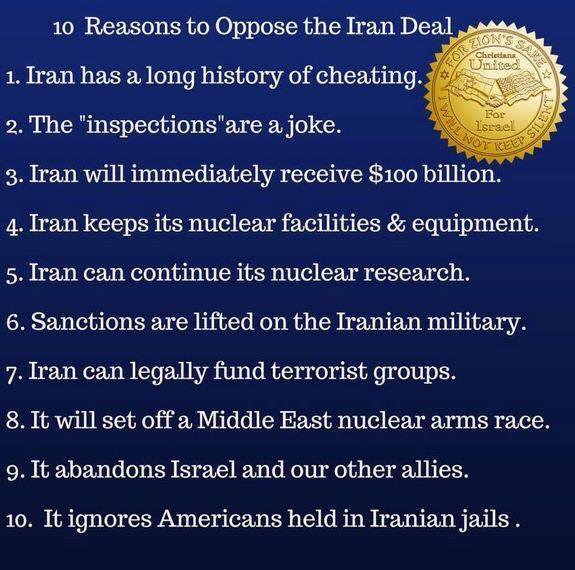 Simplest reason to oppose the US-Iran deal: Israel opposes the deal.
Obama cannot be trusted. His opinions and assurances are worthless.
But I believe Israel.

"Israel must be wiped off the map"

Iranian President Mahmoud Ahmadinejad has said repeatedly that Israel must be destroyed. Like Hitler's threats, we should take him seriously. 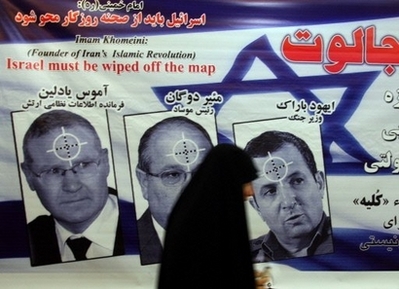 A (government-approved) poster in Iran, Mar 2008, repeats Ahmadinejad's call for genocide: "Israel must be wiped off the map".
Photo credit Agence France Presse / Atta Kenare.
From the once-great blog LGF. 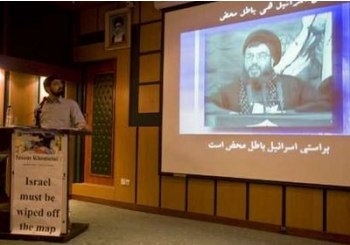 "Israel must be wiped off the map".
From a (government-approved) meeting in Tehran, March 9, 2008.
Photo credit Reuters / Morteza Nikoubazl. 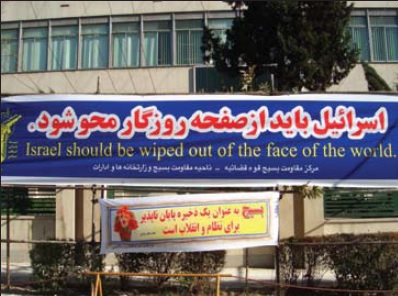 Banner hanging on an Iranian government building.
Also used on a bus at an Iranian military rally.
Details here: 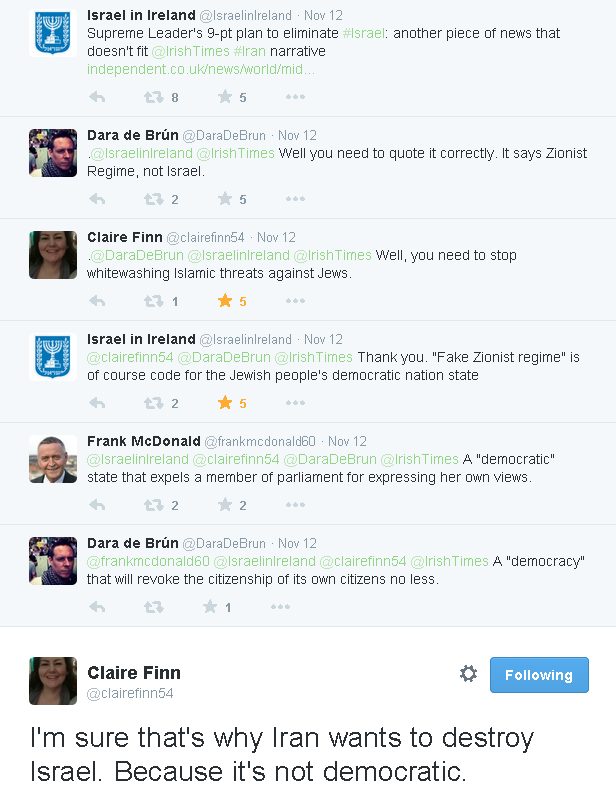 For some reason, lefties feel compelled to run defence for Iran's threats to commit a second Holocaust.
Dara de Brun, Nov 2014: "you need to quote it correctly. It says Zionist Regime, not Israel."
I reply: "Dara is saying that Iran only wants to kill about 10 percent of the Israelis, tops." 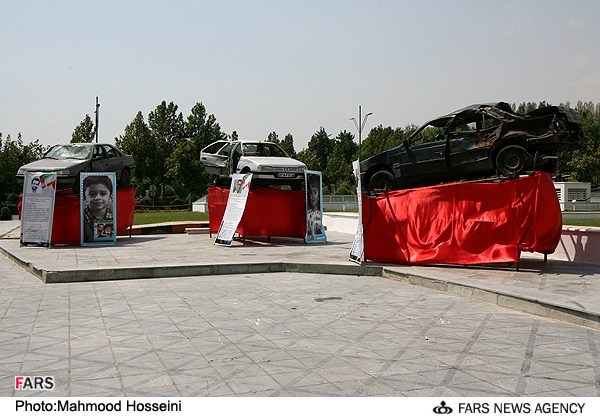 Iran displays the cars of assassinated Iranian nuclear scientists outside the meeting of the Non-Aligned Movement in Tehran, Iran, Aug 26, 2012. We are supposed to think this is bad. However, these are scientists working on a plan for the genocide of the Jews. So how can they complain if the Jews defend themselves?
From here.

An amusing Israeli ad jokes about "Another mysterious blast in Iran".
This ad is by HOT Telecom, not by Samsung. 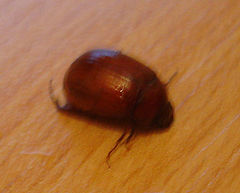 I learnt from the above ad that in Israel,
the Maladera insanabilis pest
is called the Khomeini beetle!

A call to destroy Israel with nuclear weapons was made by the unelected medieval thug, former President Ayatollah Rafsanjani in 2001.

Iran whines to the UN, Oct 2009, that Israel's threats to bomb Iran are "inexplicable".

"Our demand is freedom of Palestine not part of Palestine. Any plan that seeks to divide Palestine is totally rejected [because] that means the existence of the cancerous tumor [Israel] and a permanent threat to the Islamic Ummah".
- Iran's supreme leader, Ayatollah Ali Khamenei, rejects the existence of Israel, 1 Oct 2011.