The truth of this world is very strange. The book I was brought up to respect, the book I read a thousand times as a child, is full of more hate, violence and cruelty than any other book on my shelf. We ignore this by simply not reading those sections. But they are still there. And if you ever do decide to read the whole Bible, you will be horrified.

Unbelievably, I would describe the Bible as by far the most evil book I have ever read. If someone wrote such a book today it would be classified as hate speech. 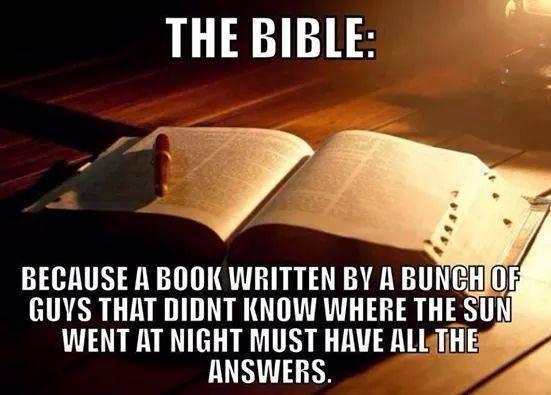 Looking for "facts" about the world in a book of ancient myths is a pretty strange idea! 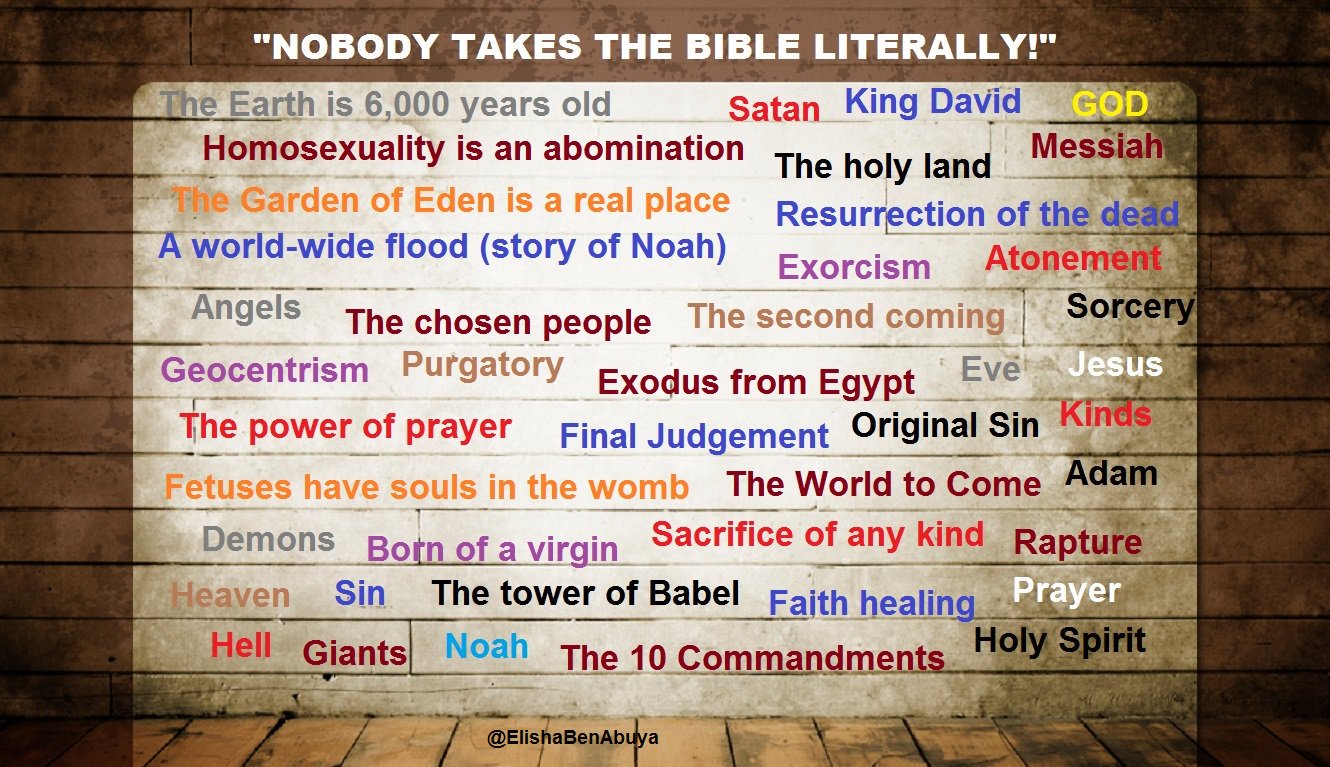 Even believers just pick bits of the Bible they believe in and bits they don't.
Which bits do you pick and which do you discard?
Image from Elisha ben Abuya. 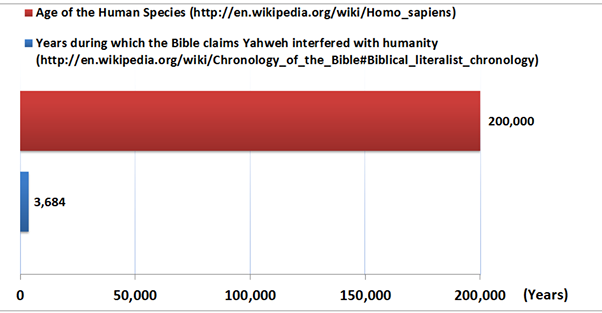 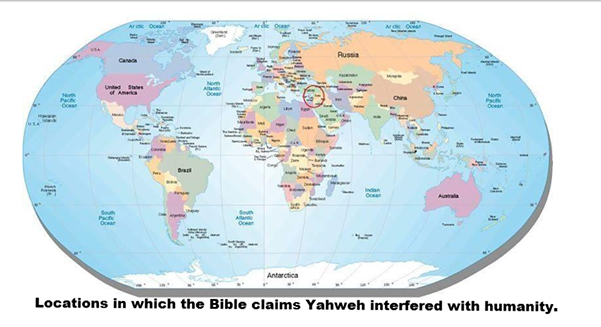 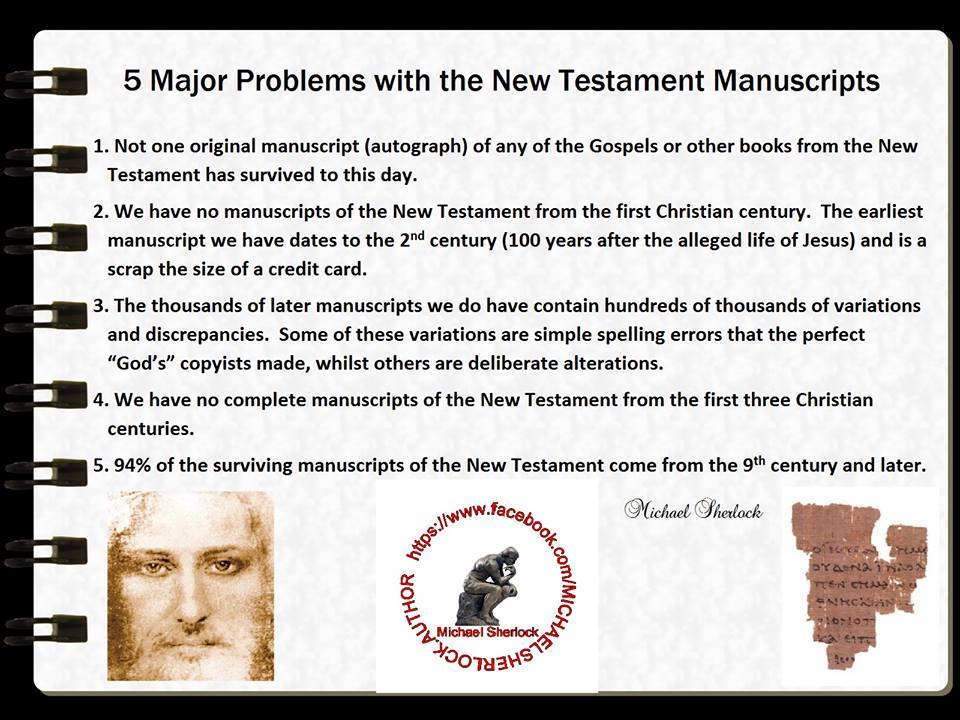 Michael Sherlock points out some problems with New Testament manuscripts.

Keep the girls to rape.
It's in Numbers 31.
From Awkward Bible.

Even outside of war, rape is fine if you just pay her father.
It's in Deuteronomy 22.
From Awkward Bible. 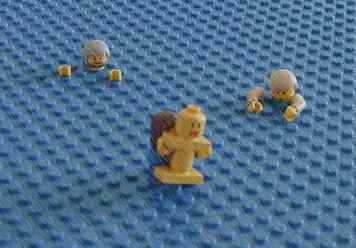 A mother trying desperately to save her child during The Flood.
One of the more moving images from The Brick Testament by Brendan Powell Smith. 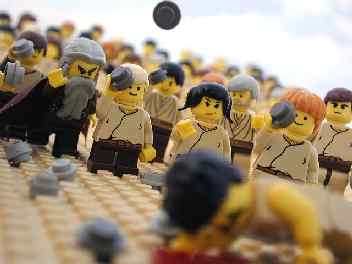 A blasphemer is stoned to death by Moses. His Israelite mother and Egyptian father weep for him.
Start the story here.
From The Brick Testament by Brendan Powell Smith.


Cartoon of the stories of Elisha and the bears and Lot's daughters. 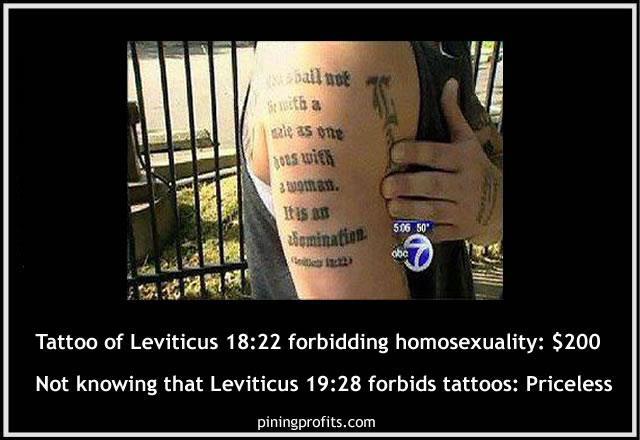 Tattoo of Leviticus 18:22 forbidding homosexuality: $200.
Not knowing that Leviticus 19:28 forbids tattoos: Priceless.
Found in many places online. Don't know where is original source. 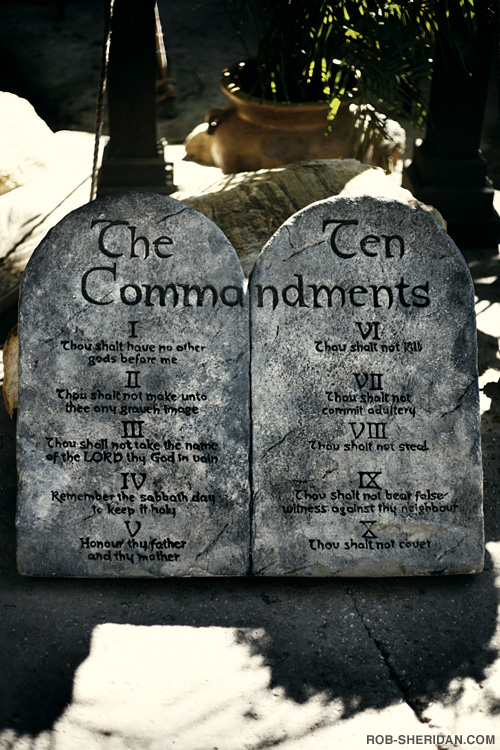 The Ten Commandments.
Why are they so rubbish?
From here. See terms of use. 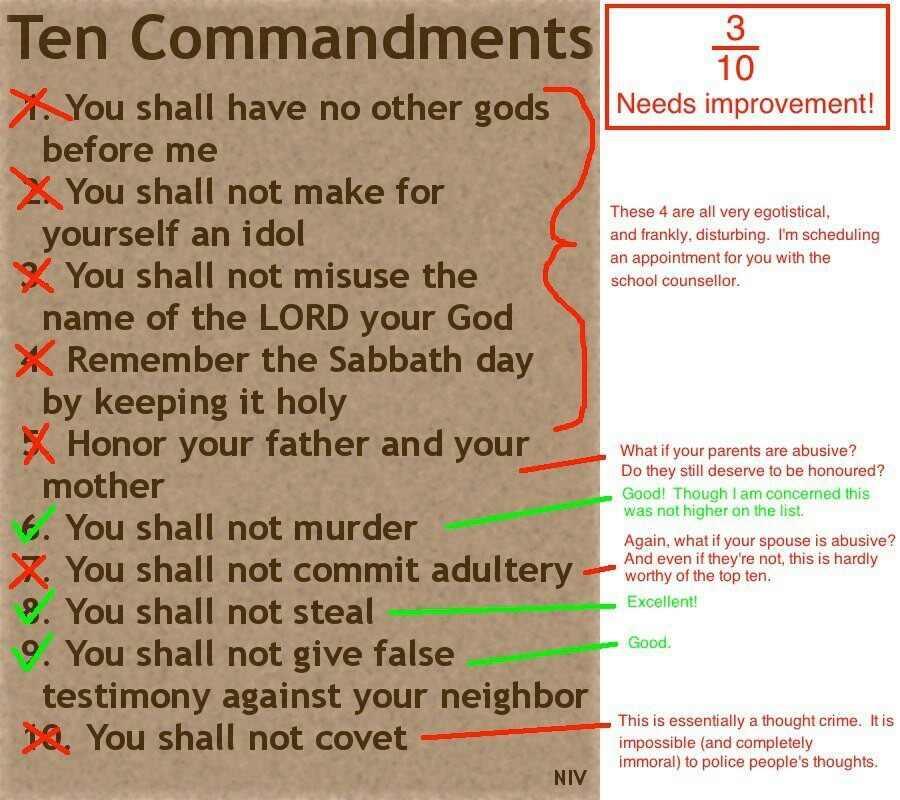 The Bible on killing

The Bible's teaching on killing is completely incoherent. 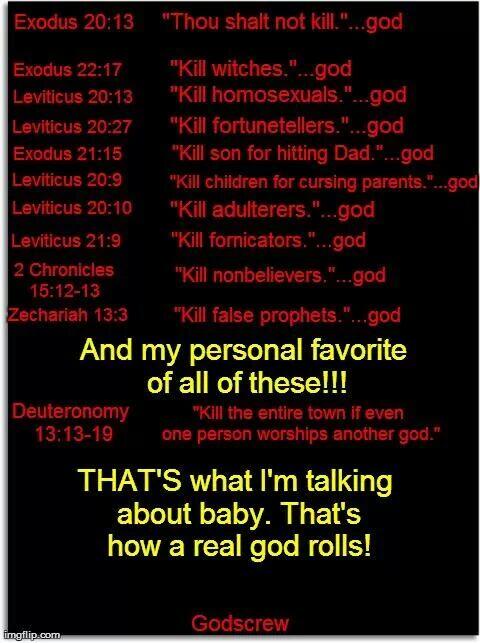 It must be said the Bible is not very clear about whether killing is ok or not. 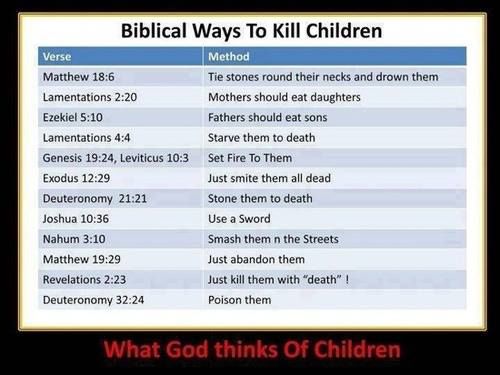 Louis C.K. on the story of Abraham and Isaac

The Bible on marriage

The Bible's teaching on family values is completely incoherent. 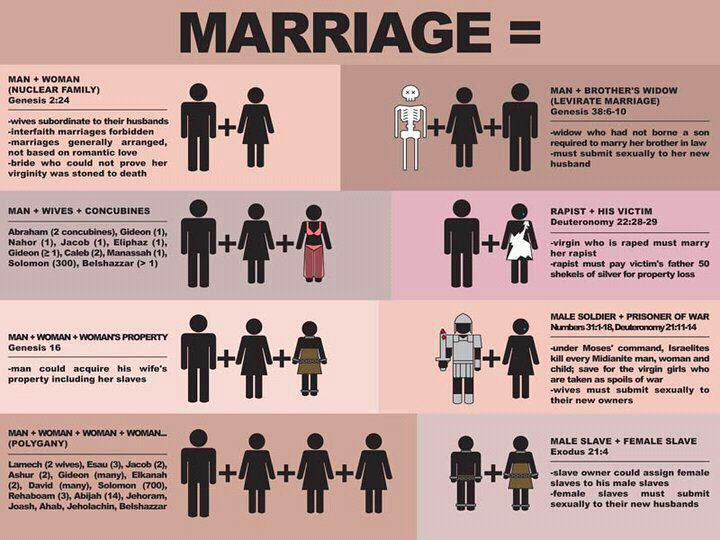 Marriage in the Bible.

The Bible's completely incoherent teaching about sex.
This is "100% Historically Accurate Adulterous Woman Story" by SyeTenAtheist.
Modern secular morality makes so much more sense than the contradictory chaos in the Bible.

Why did Jesus never tell us anything new?

I like Jesus (especially compared to the mass killers Moses and Mohammed) but he never told us anything new about the universe. Scientists did.

God in the entire Bible never bothers to give us proof that he exists. Some evidence of God's existence could easily have been tossed in, such as the age of the earth, or the distance of the sun. But God was not arsed.


Jesus visits earth, and does not tell us anything new about the history of the earth, human origins, the size and nature of the universe, or useful information that would save billions of lives such as how the body works and how to prevent disease. He does not tell us anything new about mathematics, science, technology, history or medicine. All he does is perform a few tricks in front of a handful of people, and tells us vague things that any uneducated ancient Middle Easterner could have said. As the video says: "And this is meant to be that god's main advertisement of its existence!"
This is "What Would Jesus NOT Do?" from the brilliant "NonStampCollector".

Isn't that a strange one?
Tweet sums it up. From here. 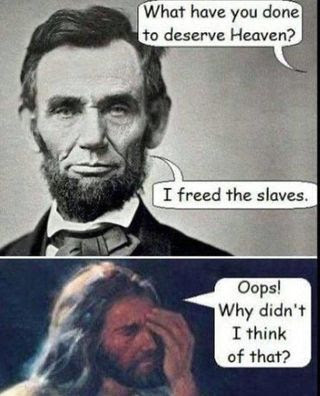 I guess he forgot.

The Bible in its Own Words: An unbeliever's choice of quotes

"It is not to be understood that I am with him [Jesus] in all his doctrines. I am a Materialist; he takes the side of Spiritualism; he preaches the efficacy of repentence toward forgiveness of sin; I require a counterpoise of good works to redeem it. Among the sayings and discourses imputed to him by his biographers, I find many passages of fine imagination, correct morality, and of the most lovely benevolence; and others, again, of so much ignorance, so much absurdity, so much untruth, charlatanism and imposture, as to pronounce it impossible that such contradictions should have proceeded from the same being."
- Thomas Jefferson, private letter.

"merely the ravings of a maniac, no more worthy, nor capable of explanation than the incoherences of our own nightly dreams."
- Thomas Jefferson, private letter, on the Book of Revelation. See details.

Finally, the last word on the Bible must go to this guy in 1995: "How can anyone possibly believe in the bible if it starts off the way it does on the first few pages? If it started off with some kind of seriously believable stuff, then fair enough. I'm referring to the Old testament. I'm not sure if there is a New testament, but I'll have to find out later and have a flick through that and see if there's any improvements."