An Islamic state is not some interesting alternative to western democracy. It is just the same old religious oppression that we had in Europe for centuries before we came up with the idea of a state that would leave people's private lives alone.

Apostates, atheists, animists, Christians, Hindus, Ahmadis, liberal Muslims, critics of Islam, blasphemers, unveiled women, unmarried lovers and gays are persecuted, arrested, jailed and killed across the Islamic world. Most Islamic states have poor civil liberties and human rights in other areas too. The Islamic states are a glimpse of what Europe would have been like before 1600 - before the first emergence in the 17th-18th century West of the concept of freedom of the individual.

Freedom House ranks countries' political freedoms and civil liberties as "Free", "Partly Free" and "Not Free".
Here is their ranking for the main belt of Islamic countries.

Islamic persecution of Christians and other minorities 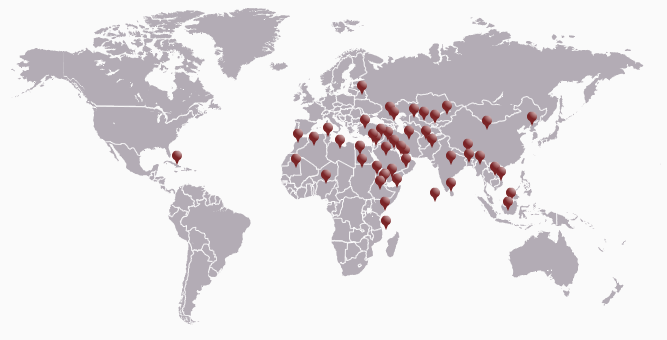 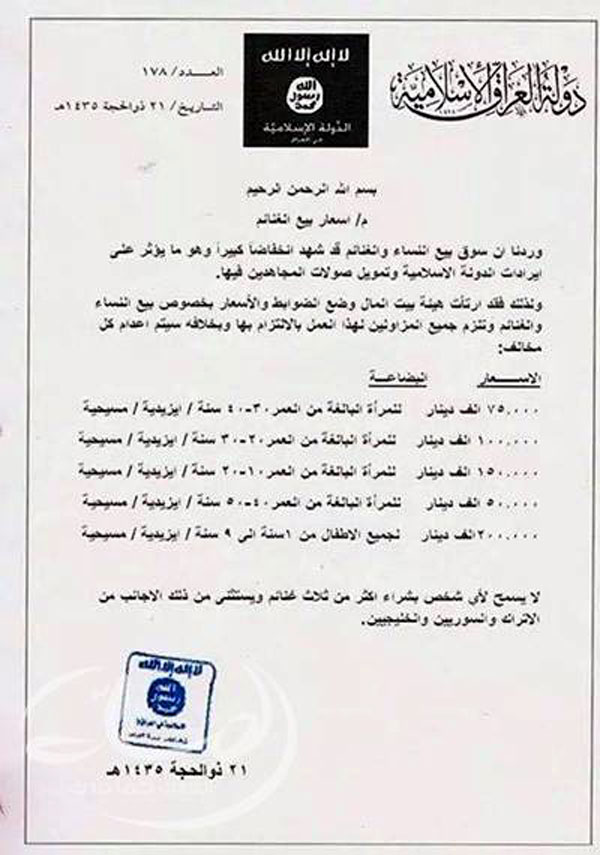 "And so remember this Christmas: if you are a free human being, whether or not you are Christian, those Christians who are being persecuted in Iraq, and the Philippines, and Nigeria, and Egypt, and Pakistan, and elsewhere in the Islamic world, are standing in your place. The jihadis would just as soon attack you as well, and will eventually if they get the chance. ... You may not be a Christian. You may not be a Jew. You may not be a Hindu. You may not wish to pay attention to the jihad at all. But the jihad is universal, and relentless. And you are on its list. So this Christmas, may all of us whose conversion, subjugation, or death is envisioned by the adherents of Sharia stand together. ... For be assured: if we do not stand together, they will prevail."
- Robert Spencer, 24 Dec 2011, says atheists must defend Christians from Islamic persecution. And Christians must defend apostates and atheists.

"But a fair-minded assessment of recent events and trends leads to the conclusion that the scale and severity of Islamophobia pales in comparison with the bloody Christophobia currently coursing through Muslim-majority nations from one end of the globe to the other. The conspiracy of silence surrounding this violent expression of religious intolerance has to stop. Nothing less than the fate of Christianity - and ultimately of all religious minorities - in the Islamic world is at stake."
- Ayaan Hirsi Ali (an atheist) on the global Islamic persecution of Christians, 6 Feb 2012.


Kuwaiti Islamist Sa'd Al-'Inzi says homosexuals should be tortured in public. "To be honest, death is too good for them."

Top Islamic cleric Yusuf Al-Qaradawi on homosexuals: "The schools of thought disagree about the punishment. ... Some say we should throw them from a high place, like God did with the people of Sodom. Some say we should burn them, and so on. There is disagreement." 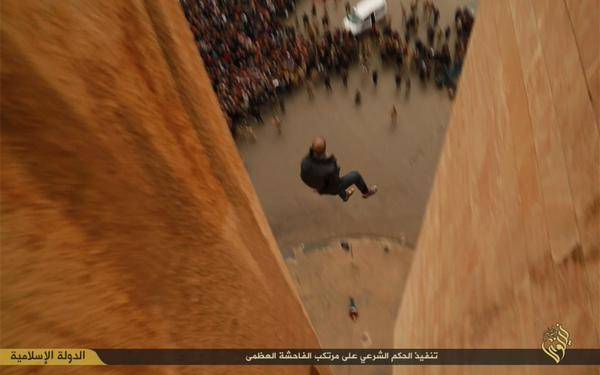 ISIS throws gay men off rooftops under its rule.
This image is from Jan 2015. 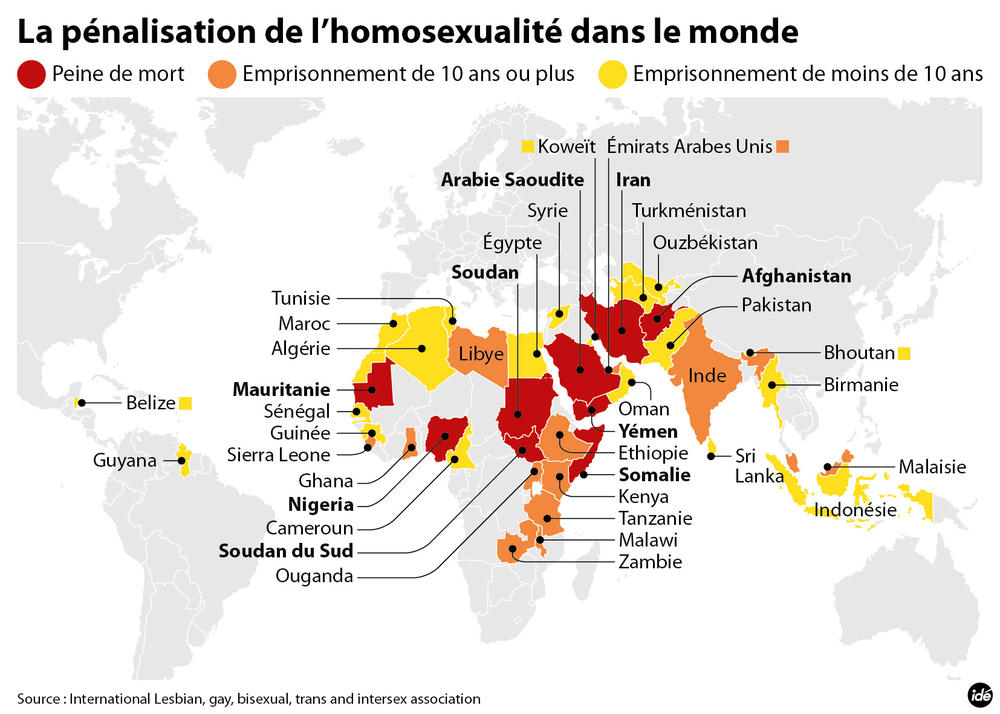 The people to blame are clearly ... the colonial powers! 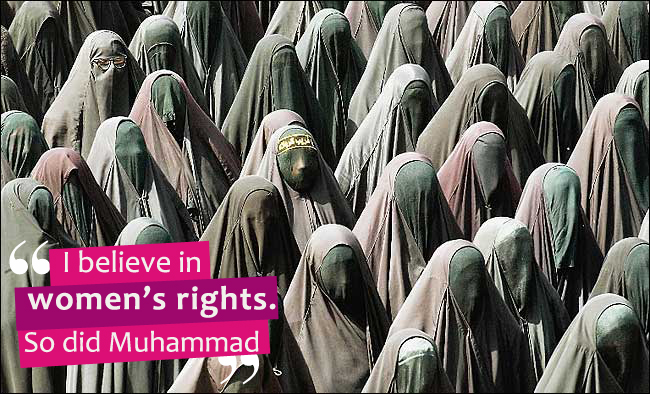 A response to a ludicrous ad campaign that claims Islam believes in women's rights. 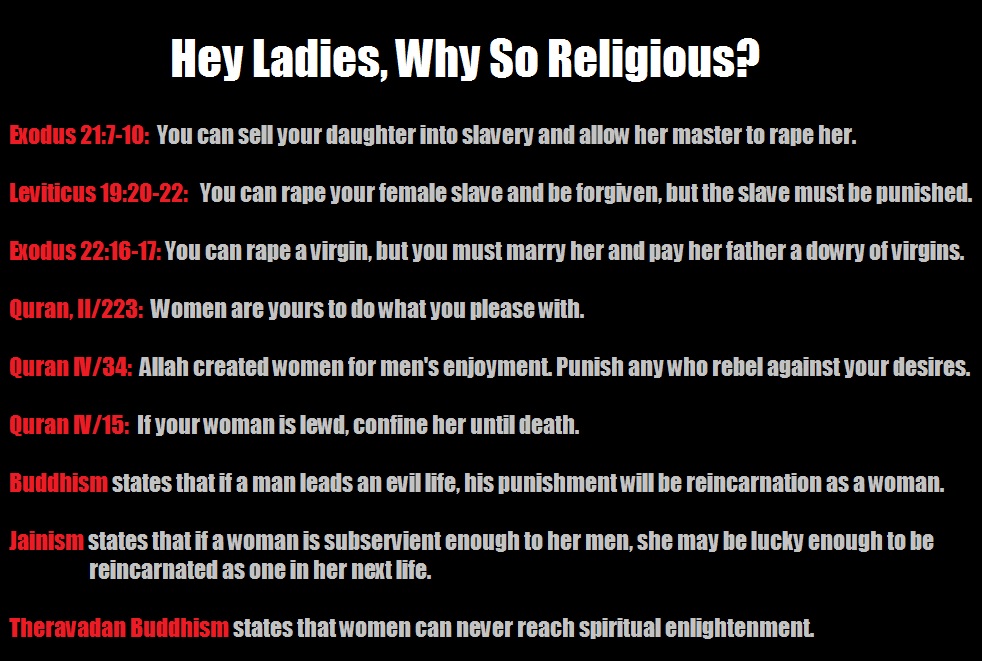 Kuwaiti female Islamist Salwa al Mutairi says, May 2011, that Muslim men should buy non-Muslim females as slaves to rape.
She says that "the only solution for a decent man who has the means, who is overpowered by desire and who does not want to commit fornication" is ... to rape slaves! 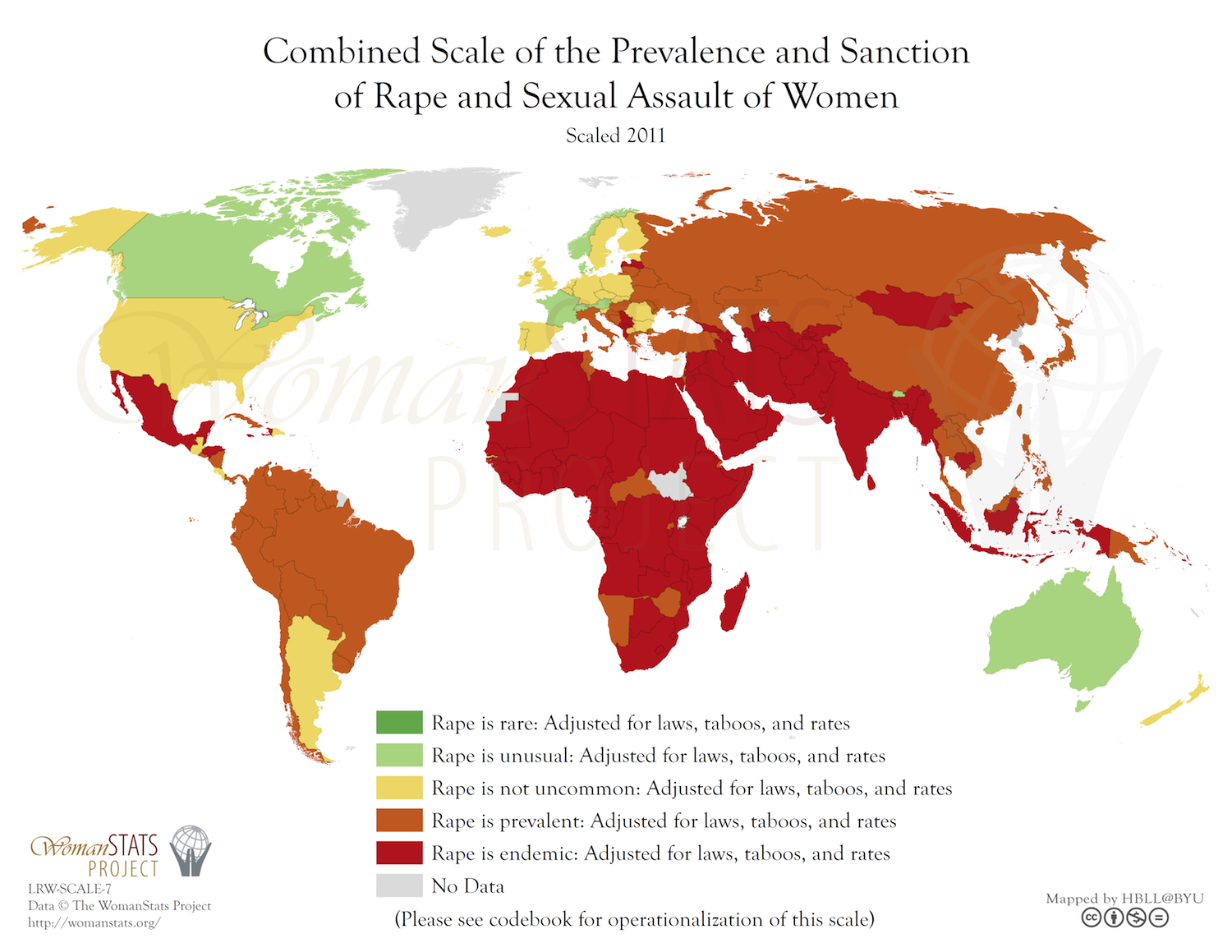 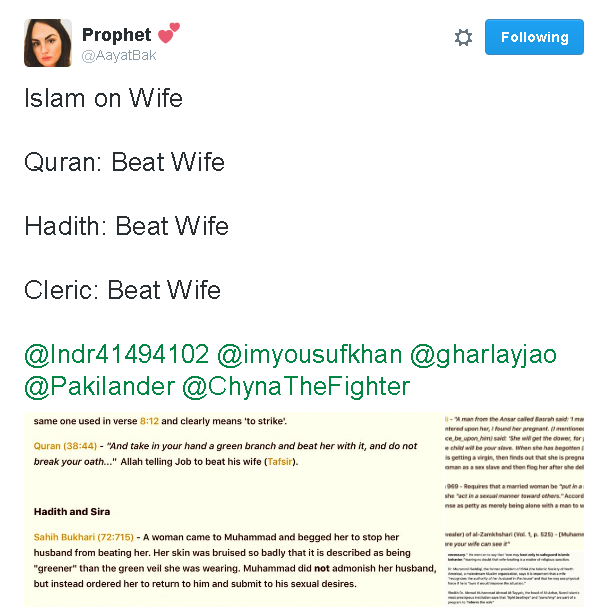 An ex-Muslim sums it up.
See tweet for details. 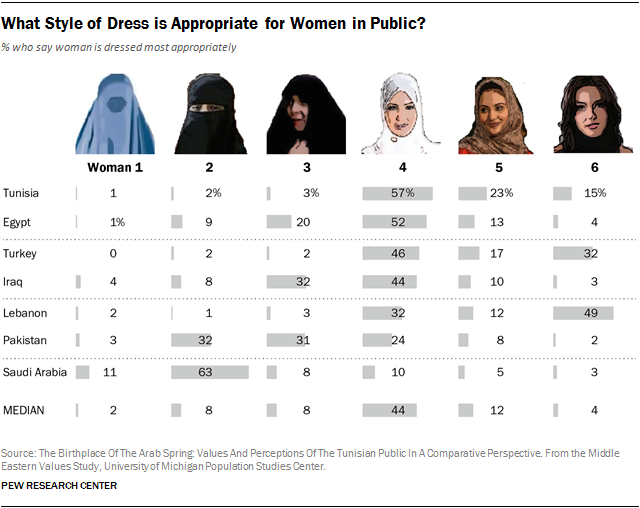 How people in the Islamic world think women should dress.
From here. 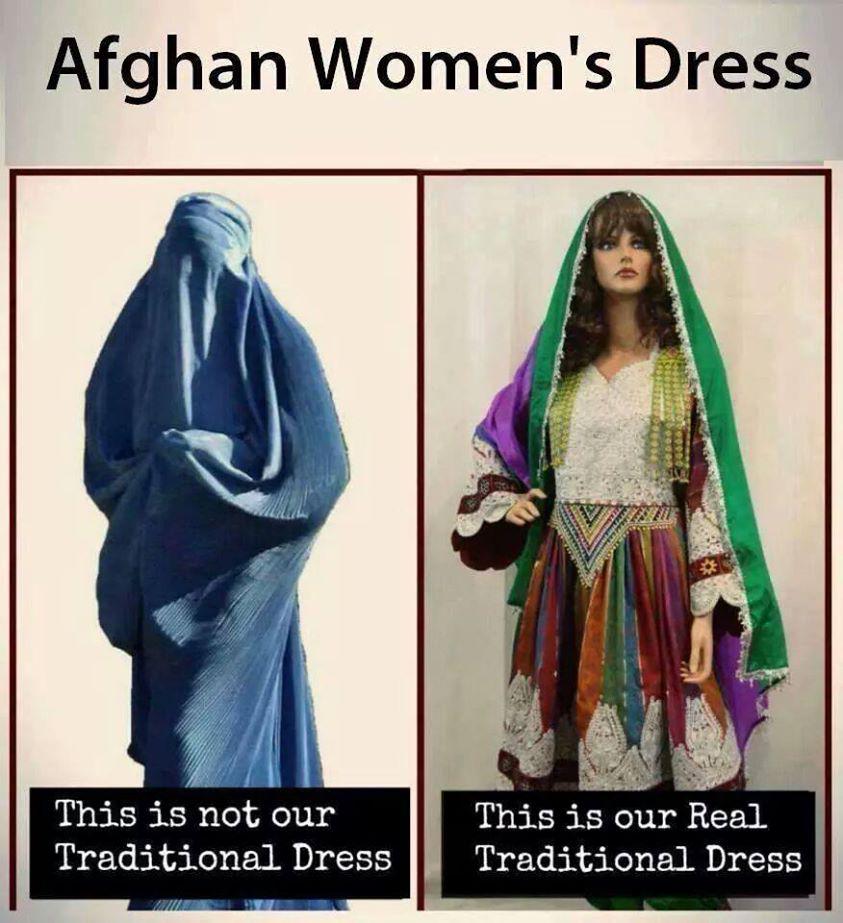 The burka is not traditional Afghan dress.
It is a perverted and sickening novelty. 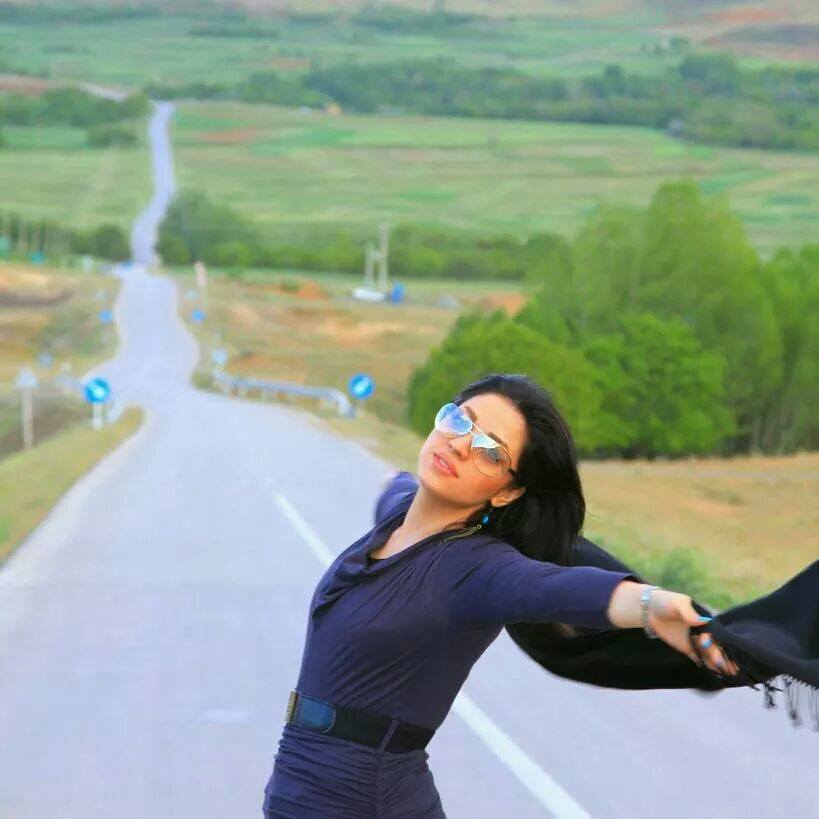 Iranian women post photos of themselves free of their head scarves.
They know what the hijab really means (oppression).
From here on "My Stealthy Freedom".

Worldwide, over 5,000 women and girls are killed every year by family members in so-called 'honour killings'. Honour killings are committed by Muslims, Sikhs and Hindus - but mostly by Muslims (see survey below).

Honour killings might actually be the main form of Islamic violence in the West (by numbers of people killed).

Picture of US honour killing victims Amina and Sarah Said, on ad for leaveislamsafely.com.
Their Egyptian Muslim father killed them for having non-Muslim boyfriends.
From here.
See all ads.

The silence of western feminists


"Feminism explained".
Western feminists often focus on trivial issues (or non-issues) in the West, rather than on major abuses throughout the world.
See the exchange on sharia law at 2:09.
Made by this person using Xtranormal. (I like this video, but note the author is a creationist.) 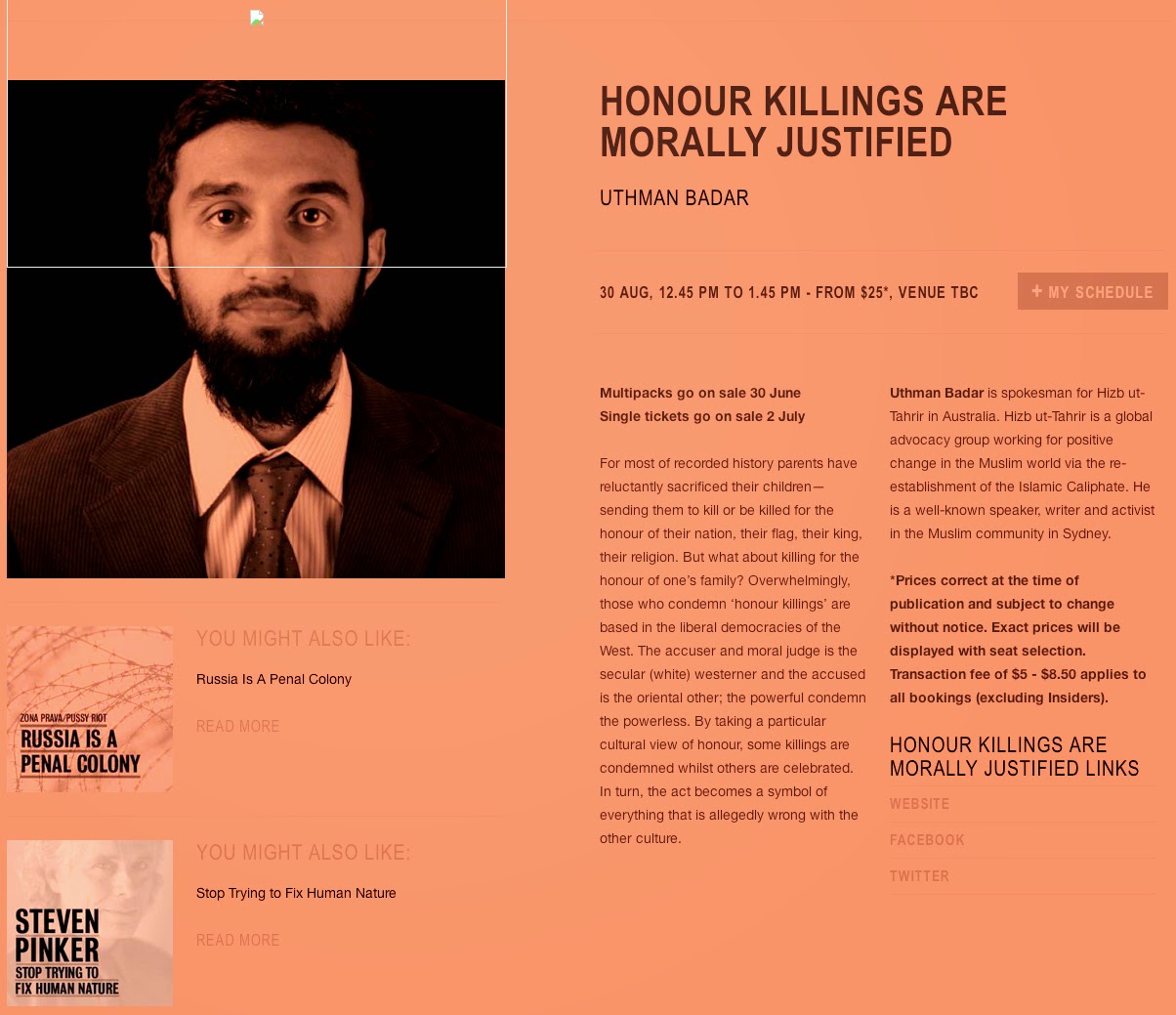 The failure of the western left to stand up for women of colour.
The "Festival of Dangerous Ideas" in Sydney, Australia (see site) decided it would be cool and progressive in Aug 2014 to invite along a fascist from the fascist group Hizb ut Tahrir in order to mount some kind of "post-modern" defence of the Islamic murder of uppity and disobedient women.
Joanne Payton, 25 June 2014: "Yet again, misogyny, racism and violence against minoritised women is considered edgy, rather than banal and conservative. ... The person at the actual nadir of powerlessness, the victim, is totally absent from Badar's analysis. ... The victim is erased, and the murderer is granted victimhood in her stead."
She points out that the HuT fanatic is spreading Islamophobia - as are the leftists that promote him.
See full size. The event was cancelled after an outcry. 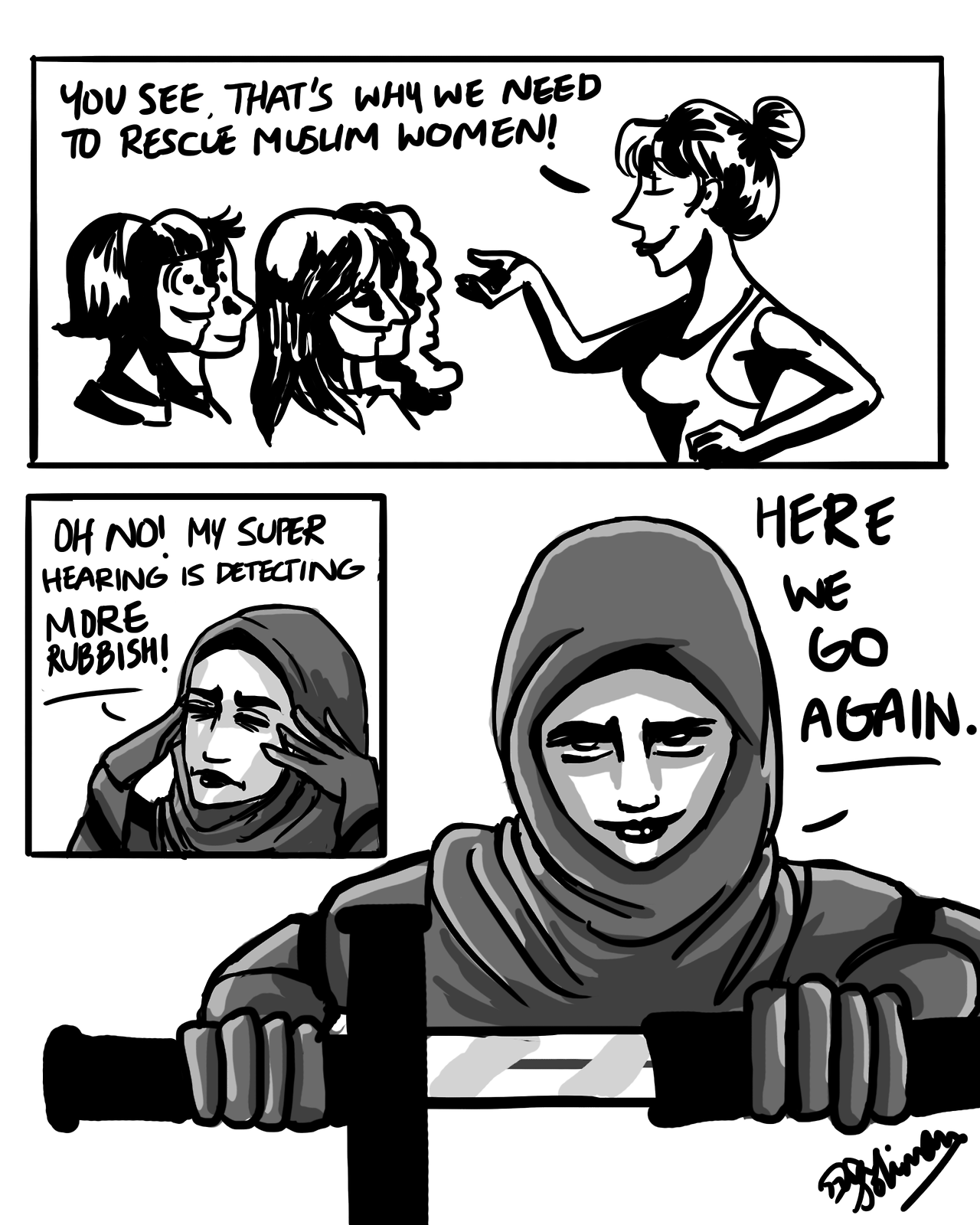