These are my "Religion and Politics" pages - the topics you should not discuss in polite society. 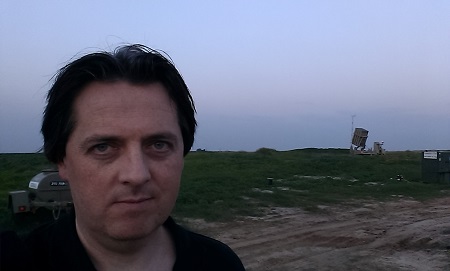 Me at an Iron Dome battery outside Ashkelon, Israel, in December 2014.
As a friend of Israel, I was privileged to get a tour of this and other IDF facilities.
The front line of the liberal, tolerant West against the jihad.