The very invention of science itself was in the face of religious opposition. Studying the world was considered a waste of time, or at worst forbidden sorcery. A succession of Popes issued orders forbidding the study of nature, and even supporting the killing of those who did.

Theologians like Aquinas championed a useless mix of armchair philosophy and scripture-quoting theology, while the experimental method, the only actual source of knowledge, was forbidden for centuries. The theologian Bonaventure had the heroic pioneer of the modern world Roger Bacon forbidden from teaching in 1257. Bacon, worth a thousand disposable medieval pseudo-scholars like Bonaventure or Aquinas, was imprisoned for 14 years. 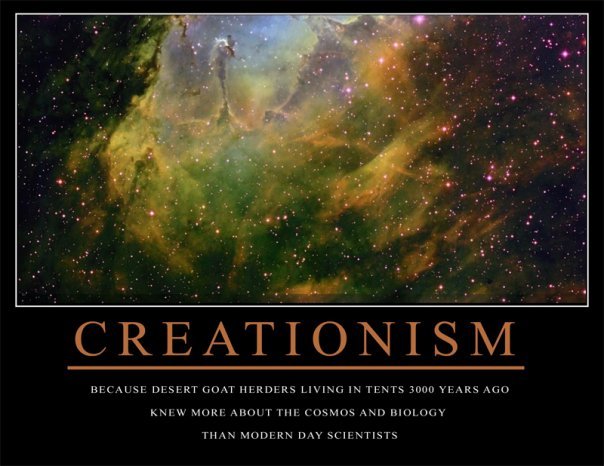 The world is round (The antipodes)

By c.500 BC, the Pythagorean school in ancient Greece had come to believe that the earth was round.

The earth goes round the sun (Copernicus, Giordano Bruno, Galileo)

Around 1513, Copernicus first wrote down his discovery that the earth goes round the sun. This discovery, one of the greatest in the history of human thought, would be violently opposed by ignorant Christian churches for the next three hundred years.

One of Giordano Bruno's supporters ends with the words: The "Church" will never outlive him. - Interesting point. After all, who now worships Zeus? Yet we still revere the ancient Greek philosophers. Humanity's gods are mortal and temporary, and fade over time as new memes arrive. Mathematicians and scientists and philosophers are immortal, and transcend religions and cultures.

The Bible is not meant to be taken "literally"

As pioneering scientists in Europe and America in the 18th and 19th centuries discovered that the Flood never happened, the Earth was not just a few thousand years old, animals had existed for millions of years before humans, and the Garden of Eden and Adam and Eve never existed, religious people had to come up with an explanation as to why such nonsense was in their holy book.

Their first reaction was spluttering denial of science, as in Pope Pius IX, who called the descent of humans from non-humans "a tissue of fables". But soon they had to come up with better replies. The one they settled on was that these stories aren't meant to be taken "literally", but rather are myths or allegories. Only a simple-minded fool would think these stories were meant to be literal history.

"Science vs. Norse Mythology".
In the end, it turned out that none of the world's religions knew any more about our origins than Norse Mythology did.
See full size. From The Pain - When Will It End?.

In 1844, Darwin first wrote down his discovery that humans arose from other animals by a natural process. The obvious consequences are (a) that humans are physical things, the soul is mythology, and there is no afterlife, and (b) therefore our destiny is to discover how the brain works, and then to become immortal on earth. This discovery, perhaps the greatest ever in the history of humanity, is still opposed or watered-down by ignorant churches of every creed today.

Guinness ad: "noitulovE" ("Evolution" backwards).
It gets our actual ancestry all wrong, but is still great.
It is actually quite moving, if you think how far we have come and how long we have struggled.
See the ad nicely reversed.
Search for clips of noitulovE and Evolution. 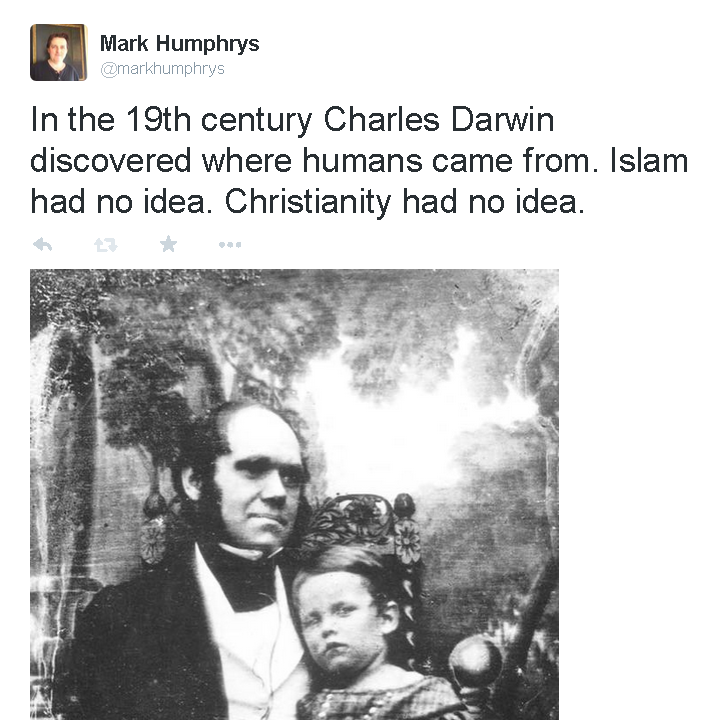 I sum up my thoughts about Darwin.
How come neither Jesus, Moses or Muhammad had any clue where humans came from?

I have never heard a Christian give solid answers to these questions. Ever. And I have been asking them my whole life. 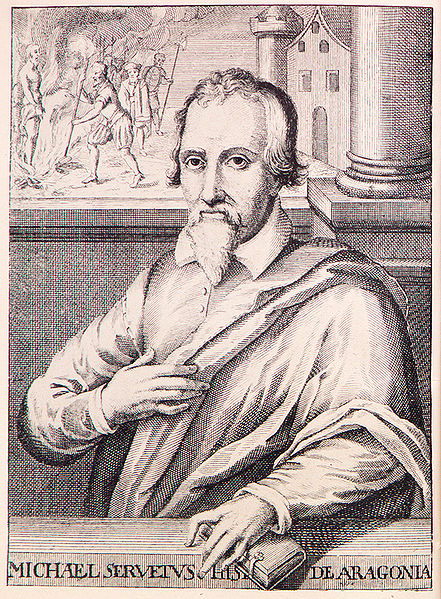 The medical pioneer Michael Servetus was burnt at the stake by John Calvin in 1553.
Image from here. 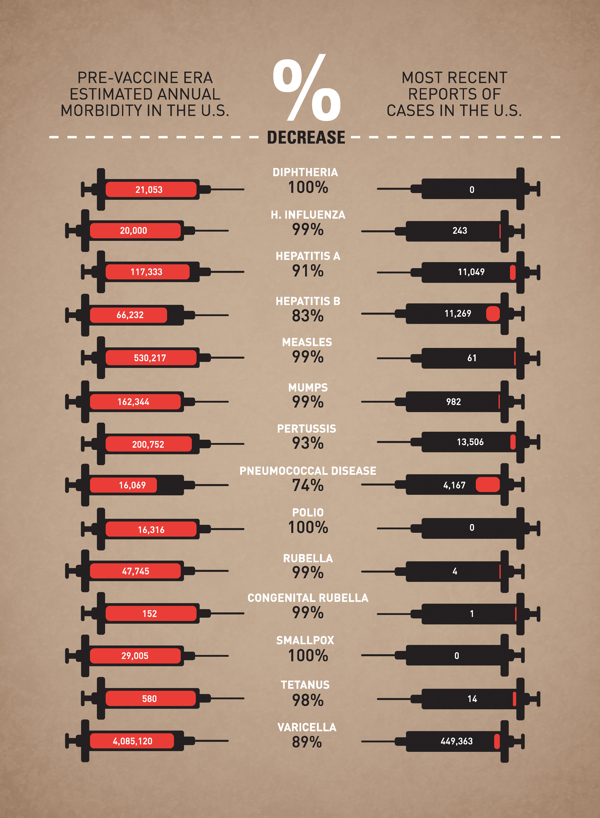 The conflict between science and religion continues today. The major area of conflict today is probably brain science and artificial intelligence. Religions are simply in denial about the consensus in modern science that the mind is a physical machine and the soul does not exist.

Most "theologians" have pre-scientific minds. They still fail to understand how nature really works. They fail to understand the ideas of evolution that were introduced in the 19th century. James Mackey provides a particularly ignorant example of this.
The really impressive "science" in the Quran.
From SyeTenAtheist.

The burning of libraries