Twitter was a truly great place for debate before 2016. You could meet everyone in the world, and argue about ideas.

I love debate. I love ideas. But the Western left, and their friends the Islamic right, do not return the favour. They generally despise debate, and their contempt for debate seems to grow every decade. Their response to opposing ideas, whether expressed politely or robustly, is often to block.

I am proud of being blocked by some of the below. For others, I wish they would be more mature and would debate.

But I do have rules, to deal with the vile forms of human behaviour you find on Twitter.


I will not debate you (and will block you) if:

The win for Trump in the 2016 election (and to a lesser extent the win for Brexit in 2016) made social media companies go hysterical about the free speech they were allowing, and what "bad" results it would lead to.

As a result, since 2016, social media platforms have started policing speech. Of course, they "police" speech with idiot algorithms and idiot workers making random decisions. Reporting is encouraged, and users now organise teams of malicious reports to get their opponents banned. There are endless accounts of sensible people being banned and censored for completely arbitrary reasons. Including me.

Censorship by Twitter and other social media companies is probably the dominant form of censorship in the West now.

1st ban: I am banned from Twitter for criticising violence against Jews

2nd ban: I am banned from Twitter for criticising the Prophet Muhammad

I wonder if one of the "OldDumpy" trolls made the report. 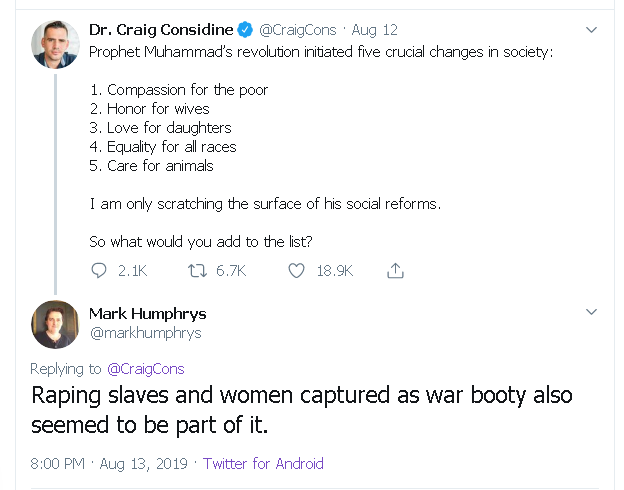 This started when that comical and devout Islam apologist Craig Considine made a post yet again promoting the Prophet Muhammad.
I pointed out that he was a rapist of captured women. 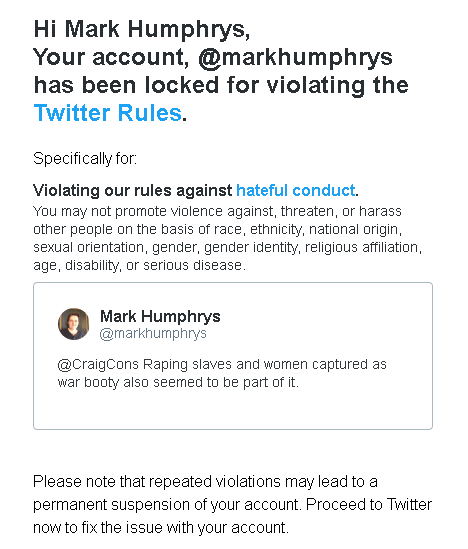 Twitter then locked my account and told me I am banned for a week for criticising the Prophet Muhammad.
I appealed the ban.
Twitter overturned it, and said "we made an error".

I am reported for criticising Muhammad

An anonymous pro-Islam user, "Timalloy5", reported me in July 2021 for criticising Muhammad.

Nothing happened so far. But I mention it because, as far as I know, "Timalloy5" is not Muslim. This illustrates the sickness of the western left, that they end up simping for medieval warlords and Islamic fundamentalism. Deranged people. 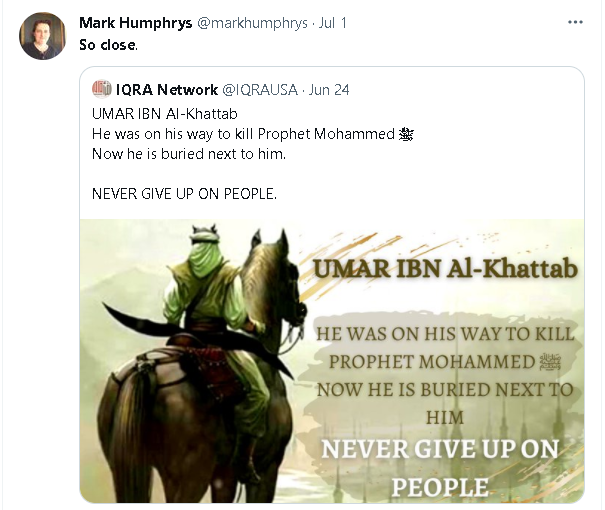 This starts when someone posts how great it is that Muhammad was not assassinated.
I make the obvious reply.
"Timalloy5", one of my "hate follows", gets offended. 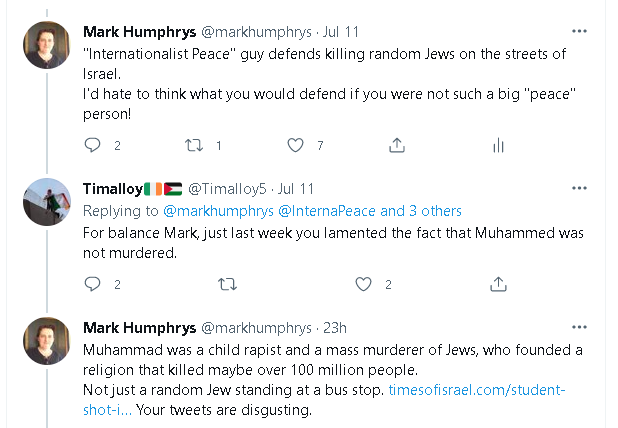 I criticise the jihadi killing of a random Jew at a bus stop in May 2021.
Simp for jihad, "Timalloy5", pops up to compare the victim to Muhammad, who also should not be killed.
I reply that the innocent man at the bus stop was not a child rapist and mass murderer and founder of an ideology that slaughtered millions.

"Timalloy5" reports me for "hate speech" for saying Muhammad was a child rapist.
This kind of sums up the western left.

The hadiths say that Muhammad was a child rapist.

Twitter overturned my ban for criticism of Muhammad, but they did not overturn the following ban.
Sept 2019: Ex-Muslim Fay, The Most Gracious draws Muhammad on YouTube.
On Twitter she got reported by angry Islamic fascists.
Incredibly, Twitter listened to them and banned her tweet of the video.
She appealed. Twitter then upheld the ban. 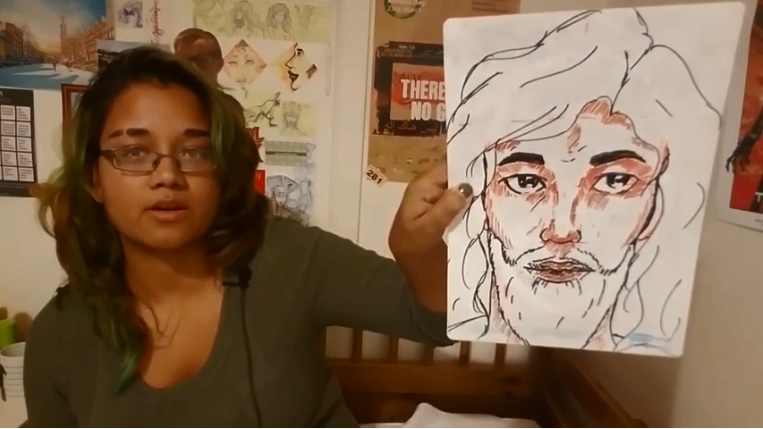 Here is her Muhammad.
It's a perfectly normal picture! He's not even having sex or anything.
And Twitter listened to complaints and banned it!
Twitter is now the "sharia law wing" of the free speech party.
Twitter is utterly broken as a speech platform and it deserves to be replaced by something better.

In 2019, Twitter started shadowbanning me for no reason that was ever explained, or could be appealed. 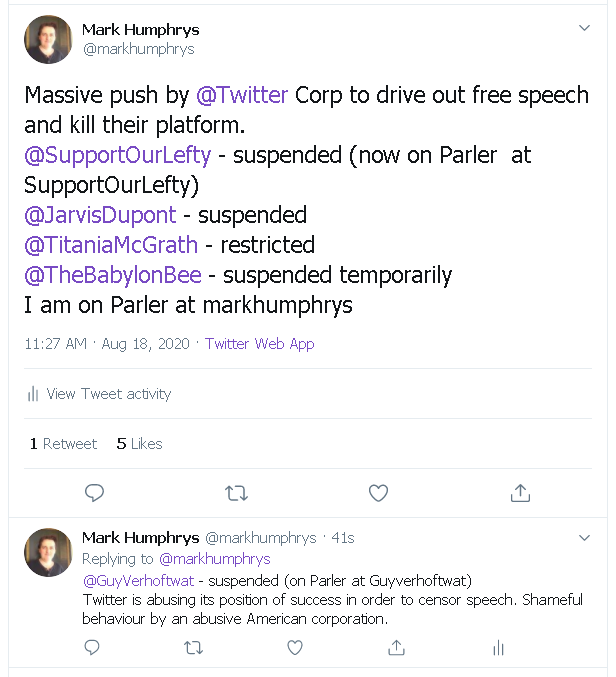 Twitter censorship goes absolutely insane, Aug 2020.
An American corporation abusing its position to suppress speech.
Everyone involved in this censorship regime needs to be fired. 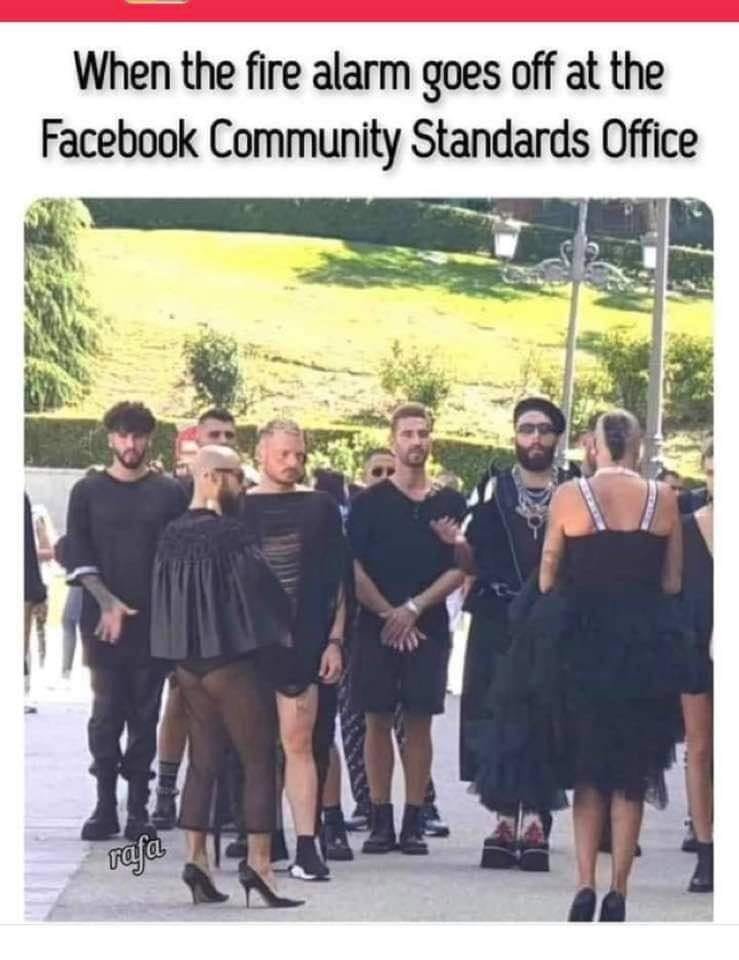 "When the fire alarm goes off at the Facebook Community Standards Office".
From here.

Something fantastic happened in 2022. Elon Musk bought Twitter and said he would return it to a platform for free speech. Wonderful news. A new dawn. 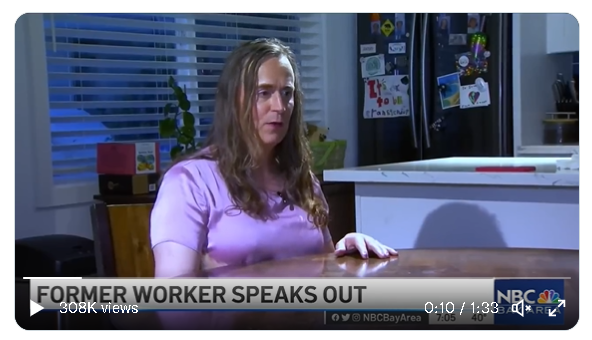 In 2022, we found out that the Twitter "Community Standards" moderators did look like the people in the meme above.
Here, Twitter was employing a man dressed as a woman, whose job was to ban anyone on Twitter who says men are not women. We mean permanent ban, suspend their account.
This is real life, a real NBC report, not a parody or a meme.
Well done Elon Musk for sacking these people.