Their beliefs may be as strange as any others, but I could forgive the Mormons a lot because of all the work they do on the world's genealogy. What a marvellously useful religious belief, that one should try to account for the whole world.

The Skeptic's Annotated Book of Mormon

The Origin of the Book of Mormon 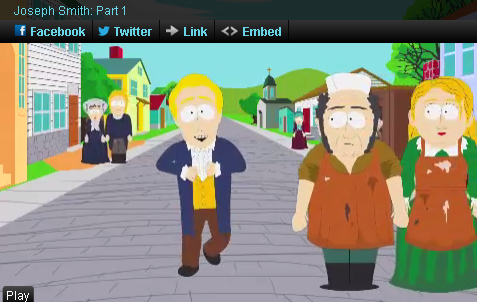 South Park episode All About Mormons (2003) destroys the foundations of the Mormon religion with good humour. 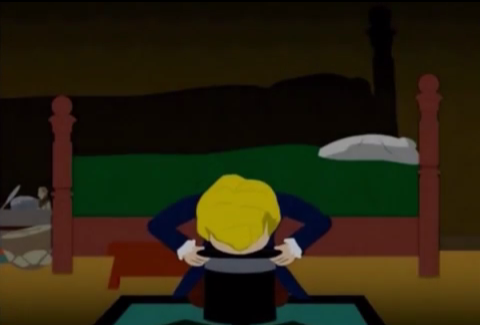 The uneducated Joseph Smith reads from his imaginary "Golden Plates". 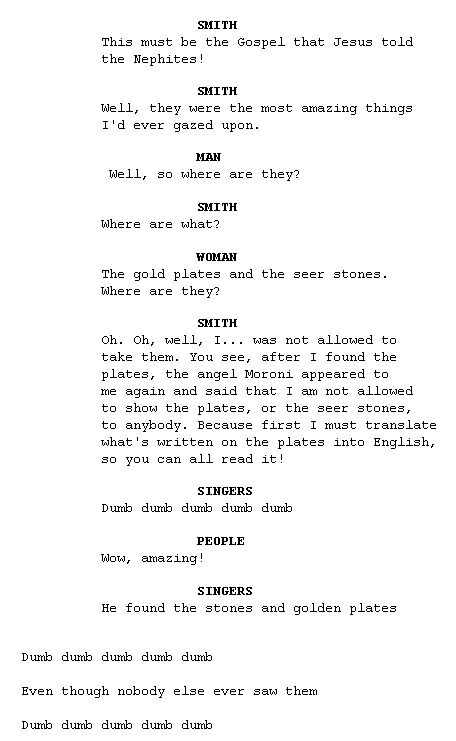 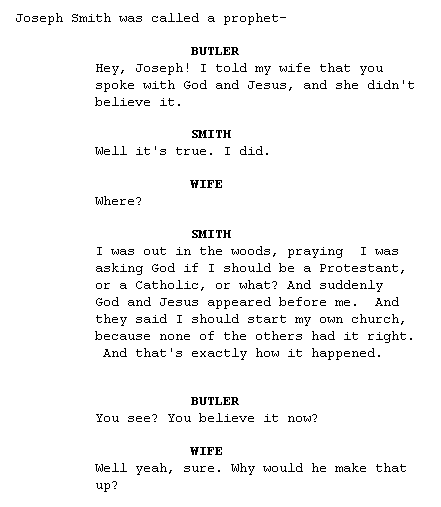 Extracts from the script. 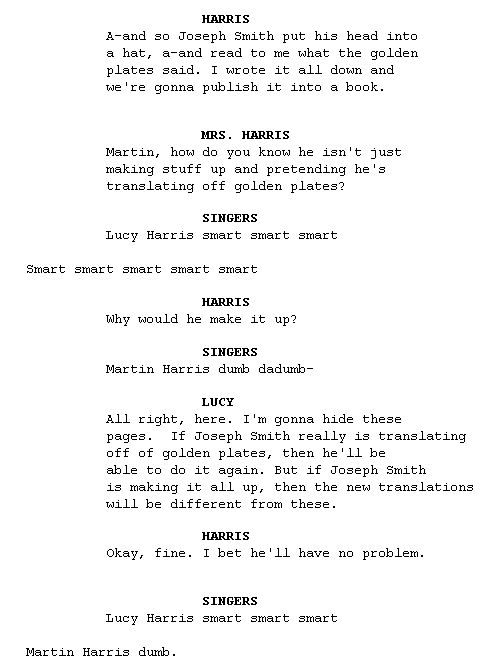 "True Origins of the Qur'an" by SyeTenAtheist does a similar job on the Quran.
The illiterate Muhammad gets scribes to write down the "revelations" he receives from an imaginary being called "Allah". 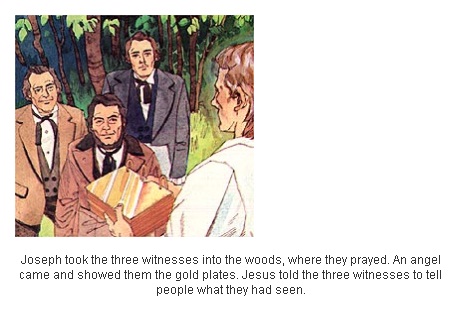 Joseph Smith received "Golden Plates" from an angel in 1827.
No sceptic or rational person ever saw them. No photo was taken. Smith never bothered to bring them near, say, a university.
Instead he showed them to a bunch of credulous friends and told them to "spread the word" about what they had seen.
Yeah, that will work! What kind of moronic strategy is that?
Image from LDS. 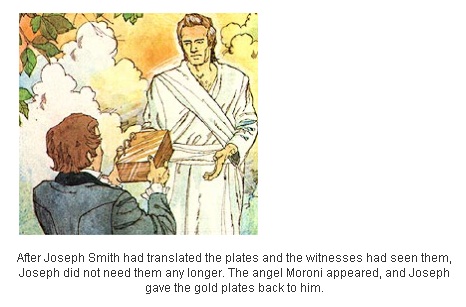 Right, there's a bunch of men claimed they saw these things. So obviously ... we don't need them any more! Of course not!
Smith "returned" the plates to the angel in 1829.
These plates, which could have proved for the first time in human history the existence of God, were lost. Atheists like me were left to carry on believing there is no God, because Smith got rid of the evidence.
Image from LDS.