I have a few questions:


The movie The Day After Tomorrow (2004) rather makes my points for me.
They obviously felt that showing a slightly warmer planet would not be very scary, so they claimed that what would actually happen would be global cooling.
The movie thus tacitly admits that:
The movie Don't Look Up (2021).
A satire of how the world reacts to climate change. In this movie, a comet is headed towards earth and no one cares.


Global cooling was predicted throughout the 1970s. 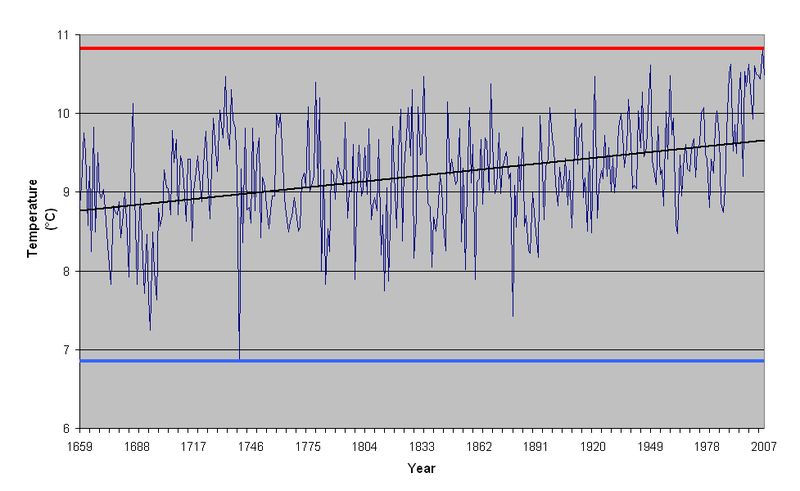 UK temperature since 1659.
Are we simply warming up after the Little Ice Age (16th cent to 19th cent), and returning to something like the Medieval Warm Period (10th cent to 14th cent), or is it something more sinister?

Temperature in C from Greenland ice core.
It does show a recent warming, but one that started in the early 19th century, and also a modest one compared to the Medieval Warm Period, which itself is modest compared to earlier historical warm periods.

Looking at the actual figures for average global temperature may give you a surprise.

You can obviously mislead with the Y-range.

There was a record high in 1998, and since then temperature has stayed around this level rather than rising further.

Would global warming be bad?

A final question is: If the earth is actually warming a little bit, would that be bad?

It's obviously hard to make a scary movie about it. That's why The Day After Tomorrow decided to show global cooling.

Obviously some kind of runaway warming would be terrible. But a modest warming would probably be good for humans and good for life. Matt Ridley thinks humans are causing some global warming, but thinks this will be good for the world, not bad.

One problem I have with this is that surely the warming will carry on forever? (As long as humans carry on using current technologies.)


How Fossil Fuels Have Greened the Planet, Matt Ridley, 4 Jan 2013, says the earth is getting greener.
He references the NDVI satellite imagery of vegetation: "Between 1982 and 2011, 20.5% of the world's vegetated area got greener, while just 3% grew browner".
Ridley says humans are causing this, and it is good: "The inescapable if unfashionable conclusion is that the human use of fossil fuels has been causing the greening of the planet in three separate ways: first, by displacing firewood as a fuel; second, by warming the climate; and third, by raising carbon dioxide levels, which raise plant growth rates."

There is a claim that natural disasters are getting worse because of climate change. There is very little evidence for this.

Some data in response to Obama's UN speech above notes that deaths from storms, floods and droughts have not increased.
If the Greens lie about this, it is hard to totally trust them on more opaque topics such as temperature and sea level. 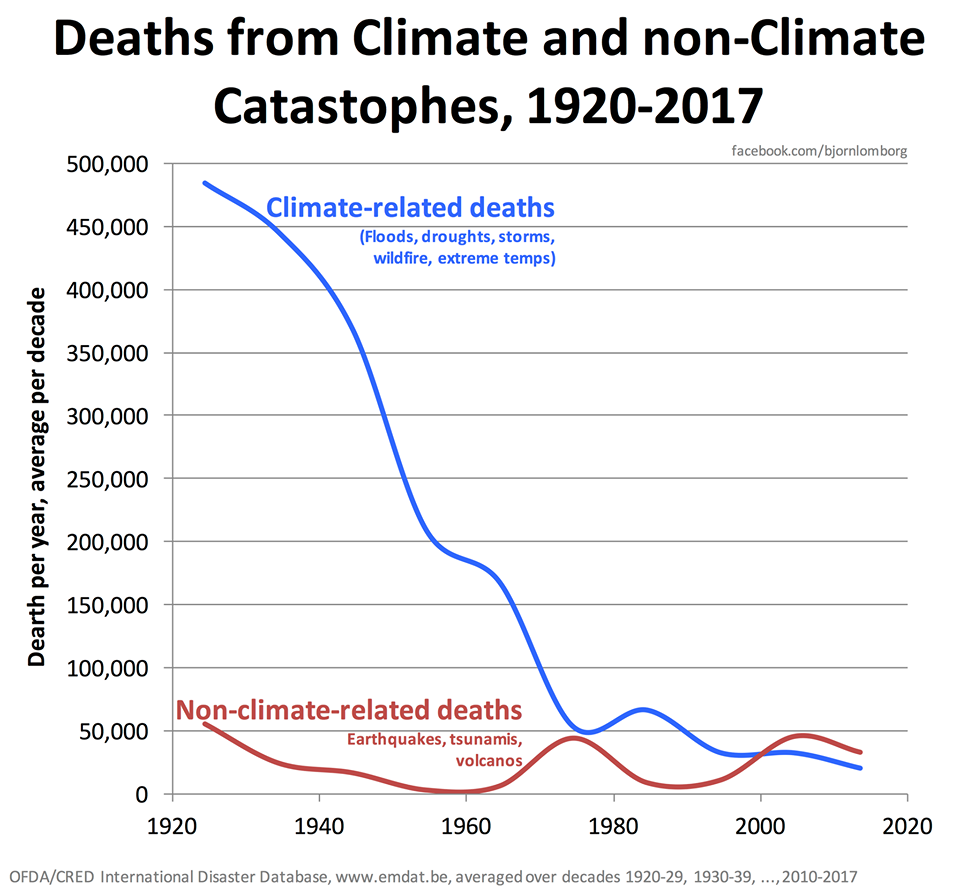 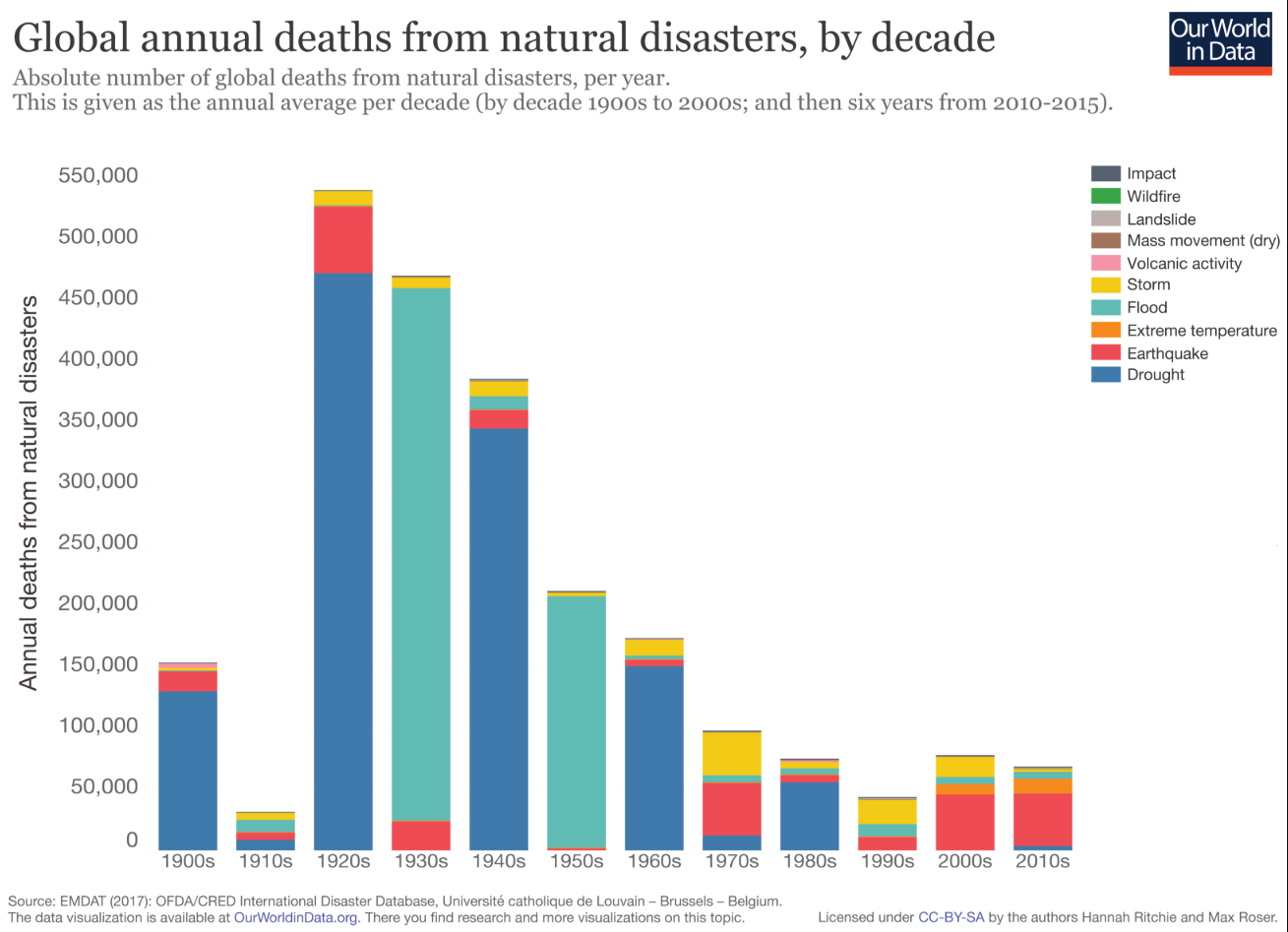