The Islamic world often complains about Israel. Israel can be criticised, but it is the only free country in the entire Middle East. It is a tiny beacon of democracy, human rights, free speech, science, religious tolerance and accountable government in a vast Islamic sea of totalitarianism. Most of the Islamic world has no right to speak about it. 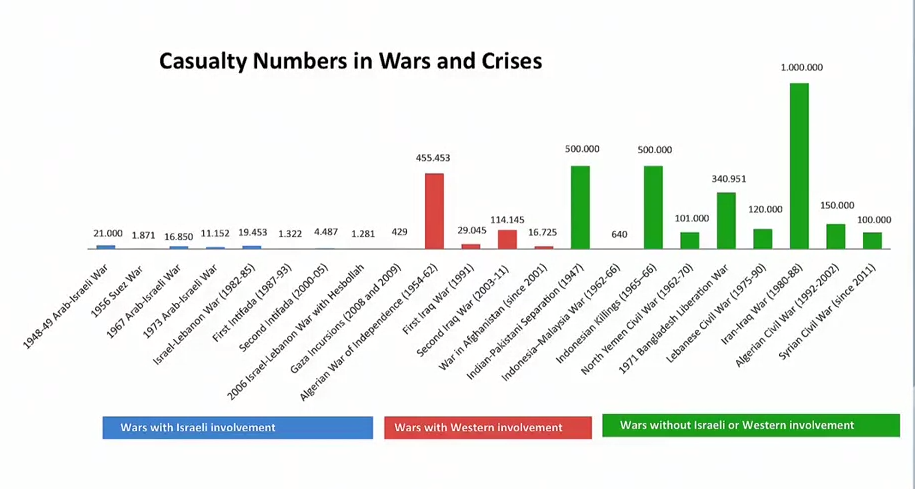 List of wars by death toll shows how small Israel's wars are on a global scale.
Diagram is rather flawed since it leaves out Vietnam War, Soviet-Afghan War, Congo War and others.
But the basic point is true. 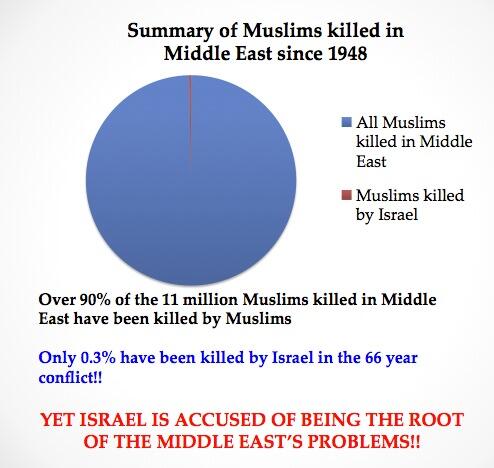 
See also this table as an image. 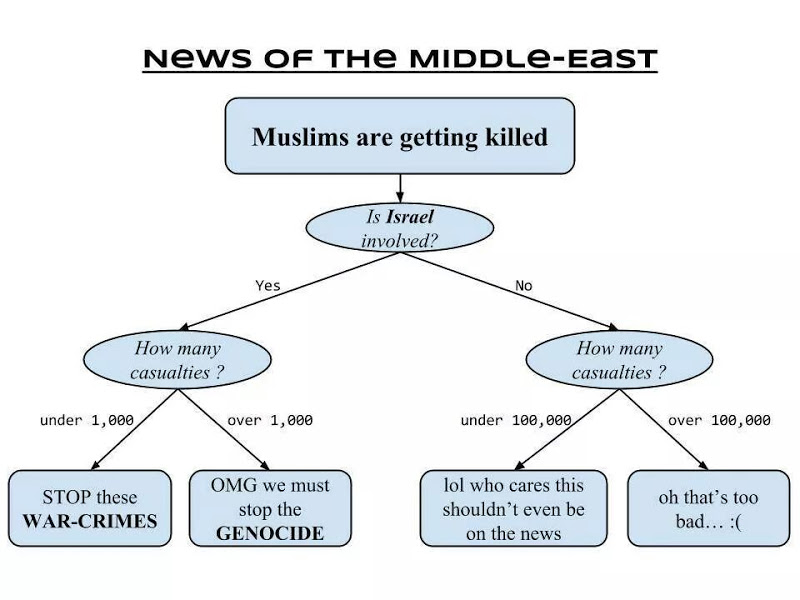 Another diagram sums it up.
Source unknown.

Israel is much freer than its neighbours

Israel is much freer than its neighbours.
Freedom House ranking of political freedoms and civil liberties in the Middle East and North Africa region.

Why is the left against Israel?

In the Internet age, you can read information directly and not filtered through the bias of journalists.

Send pizza to the IDF. 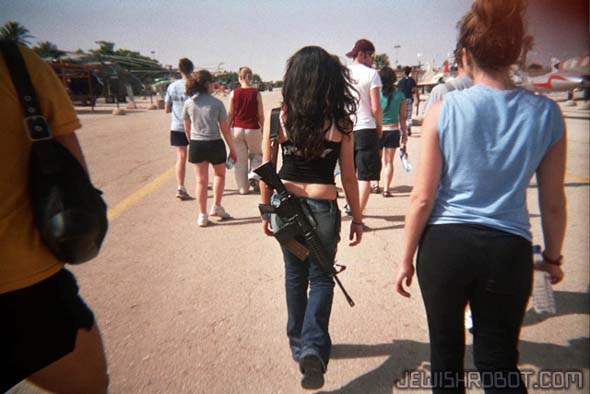 In defence of Israel (as a liberal democracy)

"In a region that is supposed to have been held back by colonialism, hampered by prejudice and crippled by years of exploitation, the single most successful nation is the one least favoured by nature. Israel's economic output, rate of growth, levels of employment, educational achievements, infant mortality and standard of public health care comprehensively outstrip all its neighbours.
Israel has no oil or gas. But it is the only state [in the region] where governments change as a result of democratic elections, the Press is free, the courts fair, the officials uncorrupt, contracts open and enforceable, and political opposition integral to the culture.
For all those whose narrative of the last 60 years places the West in the dock, finds capitalism and imperialism guilty of the greatest global crimes of our time, and lays the woes of the developing world at the door of the developed, the condition of Israel is a living refutation of all they stand for. For the leaders of all Israel's neighbours, Israel's success is a daily reminder of how they have failed their peoples."
- Michael Gove, Celsius 7/7.