It used to be possible to test if a site is blocked in Iran through this site:

I got the following results earlier.

All blogs and social media are banned

Note that all blog and social media platforms are banned in Iran.
So anybody on the following platforms that is banned has not been singled out.

You need your own domain to tell if you are really banned or not.

My site is banned in Iran. 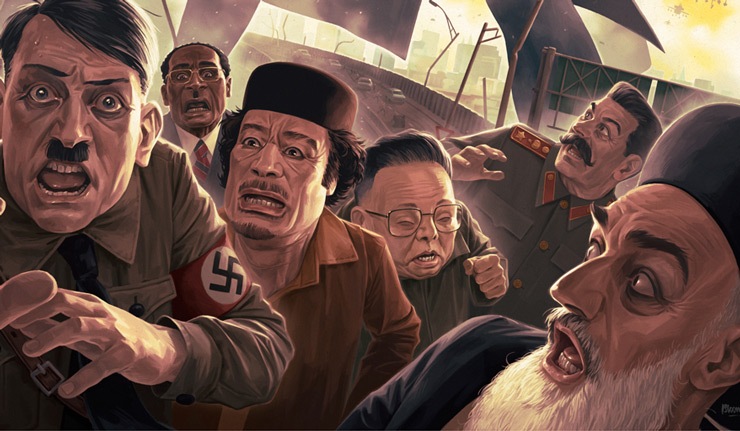 Some lackey at the Iranian Embassy in Norway actually had the cheek to complain to a Norwegian students' group about this 2011 poster depicting Ayatollah Khomeini as a tyrant: "The Embassy of The Islamic Republic of Iran ... wants your organization to remove this picture as soon as possible"
The Norwegian students' group is standing up to the thug. Good for them: "We have been told that the image of the poster now has begun to circulate among students in Iran. I hope that this gives the Iranian students the feeling that we stand together, and that it can provide inspiration in the struggle for justice."
See full size.

"Someday" (2007) by Nazanin Afshin-Jam, who was a baby when the Iranian Revolution destroyed her country.
"Someday .. the darkness fades away"