Time for the mullahs to go. The Islamic revolution was a failure and it is time to abandon it.

Time for Iran to replace Islamic law with democracy, free speech, and freedom of religion. 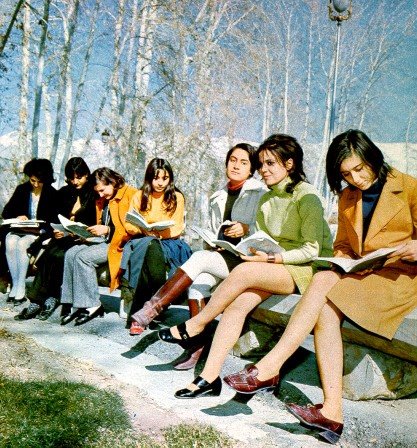 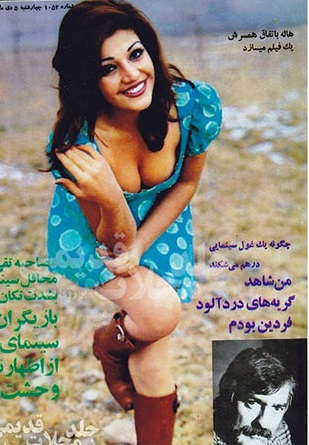 Iranian magazine in the 1970s.
From here. Also here and here. 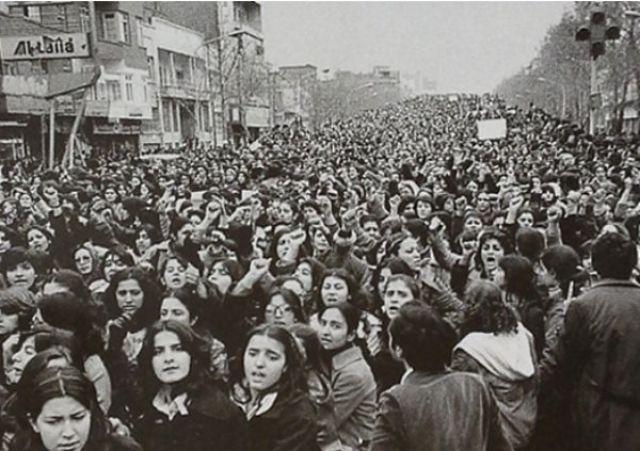 Their last 5 seconds of freedom: Women protesting the forced Hijab in Iran days after the 1979 revolution.
Posted here.
Robert Spencer: "Who spoke up for these women? No one. Where are they now? Those who are still alive are all wearing the hijab ... Who speaks up for such women now? No one. But who speaks up for their oppressors? Many, many people".


Saturday Night Live gay Mahmoud video "Iran So Far" (and lyrics), Sept 2007.
"I remember when it started, saw you on the news. You were hating gays, I was eating food."
"My mind says no! But my body says yes!"
"I know you say there's no gays in Iran ... but you're in New York now, baby!" 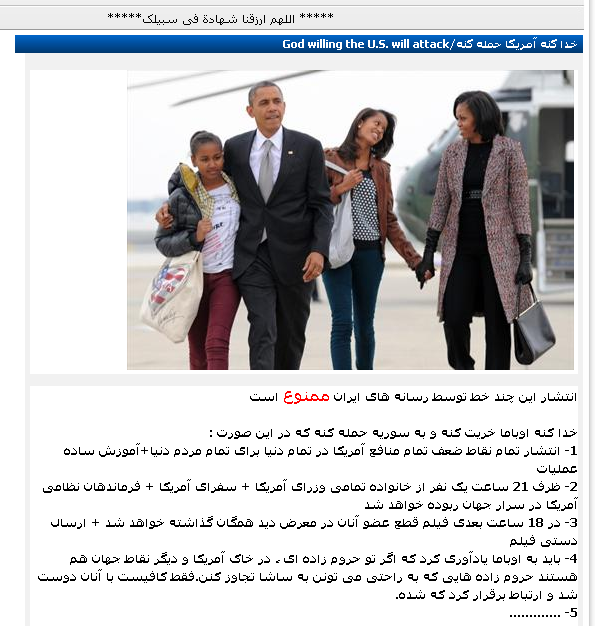 Ayatollah Khomeini says Islam is not a religion of peace (also here):

Iran's support for the "resistance" in Iraq

Of course the last thing the Iranian regime wants is a free Shia-majority democracy next door in Iraq. If that happened, the infection of freedom might spread to Iran. The Iranian regime will do everything it can to stop freedom in Iraq.

Iran's support for the Taliban

The Taliban are Sunni fanatics. The Iranian regime are Shia fanatics. But they hate freedom more than they hate each other.

After Iraq, Iran next

Iran and Syria next 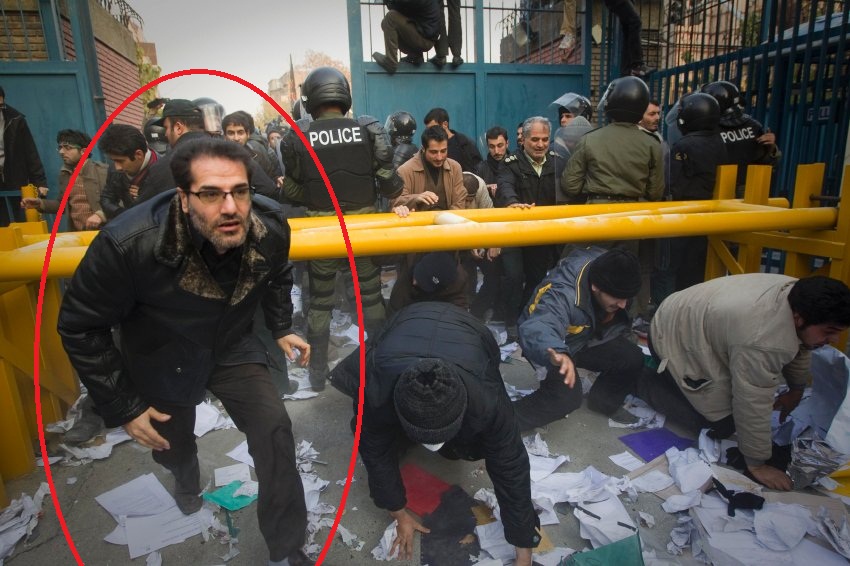 Democracy in the Middle East: People of Iran, Syria and Lebanon, liberate yourselves

Some kind of democracy is born in Iraq, Jan 2005. Now let's see if it spreads. 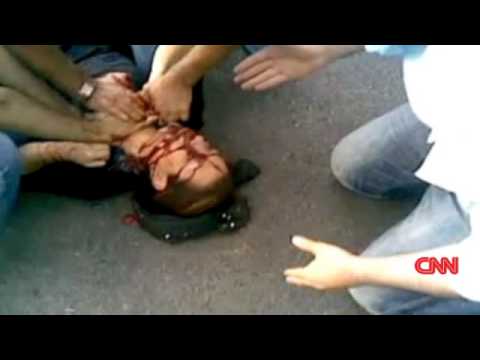 The death of Iranian protester Neda Soltani, June 2009.
The Iranians have to fight for their freedom. Wish them luck.

Obama declines to support the uprising and it is crushed

Obama failed to support the Iranian uprising in 2009, and it was crushed. This was Obama's great chance to bring down an American enemy, and, like with the Syrian uprising in 2011, he didn't seem to care. It didn't fit his stupid left-wing narrative.
Encouraging the enemy: President Obama, Sept 2009, says he is not interested in "victory" over Iran, thus conveying a message of weakness to a ruthless enemy that has been for years killing American troops.
For once, YouTube's comments are great, including someone pointing out this contrast:
Obama: "This isn't a football game, so I'm not interested in victory; I'm interested in resolving the problem."
Reagan: "Here's my strategy on the Cold War: we win, they lose." 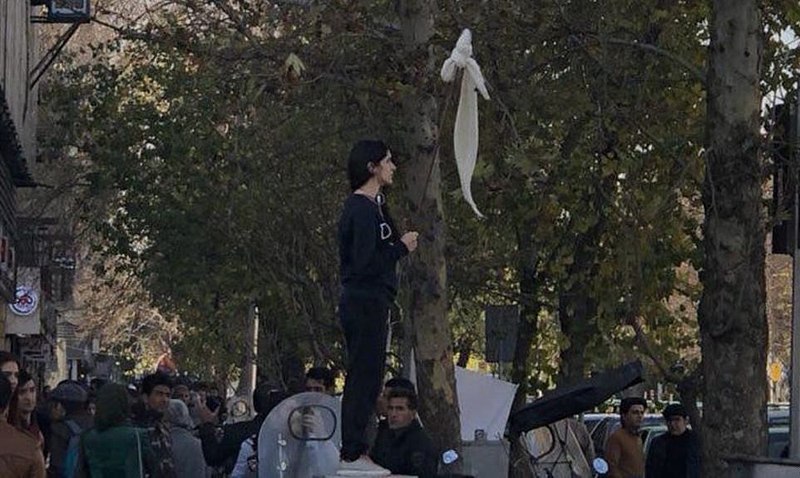 "We will never forgive our parents for having done this to us with their revolution"
- A young Iranian on his parents' generation of 1979 - who enslaved them all under Islamism.

"In Iran, we don't have homosexuals like in your country. In Iran, we do not have this phenomenon."
- The lying fascist thug Mahmoud Ahmadinejad

laughs about the execution of homosexuals in Iran, Sept 2007.

"I very much resent it in the West when people from - maybe with all the good intentions or from a progressive point of view - keep telling me, "It's their culture." It's like telling people ... it's like saying, the culture of Massachusetts is burning witches. First of all, there are aspects of culture which are really reprehensible, and we should [all] fight against it. We shouldn't accept them. Second of all, women in Iran and in Saudi Arabia don't like to be stoned to death."
- Interview with female Iranian writer Azar Nafisi.

"the following eleven are unclean: first urine, second feces, third semen, fourth corpses, fifth blood, sixth dogs, seventh pigs, eighth non-Muslims, ninth wine, tenth beer, and eleventh the sweat of a camel which has consumed impure food."
- Ayatollah Khomeini displaying the combination of malevolence and lunacy that characterises all extreme religion.
The regular sweat of a camel is ok, though.

"I feel blessed to have been chosen by the people of Beverly Hills. As a Jewish youngster in Iran, I was a second-class citizen and kept running into closed doors. Through my example, I hope to open doors in America for other people like me."
- Iranian Jew, Jimmy Jamshid Delshad, on his election as Mayor of Beverly Hills, California, Mar 2007.
Could anything better symbolise the hope that America offers to oppressed peoples all over the world?
Will someday Iranian Jews ever have equal status in their own land?