ISIS (or Islamic State, or ISIL) is Islamic jihad in its purest form. They were the Khmer Rouge of jihad. Everything they did was based on the Islamic texts, that they took seriously and literally (and that, thank goodness, most Muslims do not). The Prophet Muhammad would have recognised the Islamic State and joined them.

Islamic State are the purest illustration of the satanic evil of jihad and the evil of sharia, and the need to remove these two concepts from the earth. 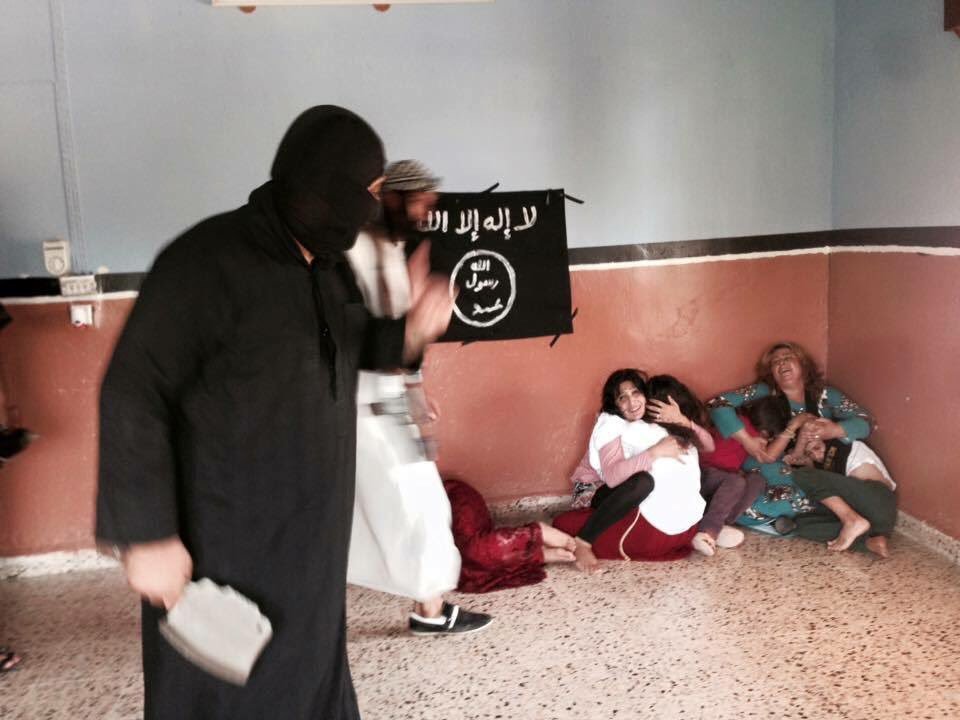 One photo sums up the stain on the world that was the Islamic State.
From Yazidi account.

The useless President Obama withdrew from Iraq in 2011, abandoning all military bases and influence.

The Sunni jihad soon recovered momentum, and violence started rising massively. In 2013, Sunni jihadists rebranded as the "Islamic State" and soon took huge chunks of territory. Their conquest of territory inspired jihadi attacks all over the world, as fighters flocked to join the winning side.

This was all so unnecessary. The US could have left permanent military bases in Iraq and crushed ISIS in the cradle. But Americans chose Obama, and Obama's way of doing things. 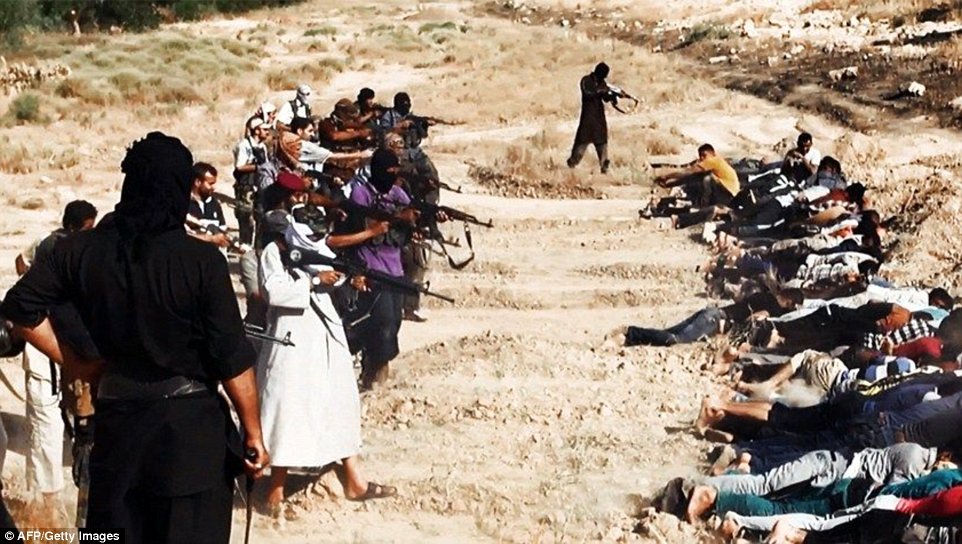 From Think Again Turn Away.

ISIS genocide of Christians and Yazidis

Israeli military strength is the only thing stopping the jihad doing to the Jews what it did to the Yazidis.
David French, 7 Aug 2014, spells it out: "The only thing that separates the people of Israel from sharing the fate of the Christians in Mosul or the Yazidi on Mount Sinjar in Iraq is that Israelis are protected by F-16s, tanks, and trained troops. Iraqi Christians and Yazidi used to be. On a more basic level, however, Benjamin Netanyahu understands the evil he faces. President Obama? He refuses to understand. If he did, he wouldn't have given a defeated enemy a second chance at genocide."

ISIS beheads Western journalists and aid workers, and anyone it can get its hands on. It has no morality. No honour. Pure evil.

ISIS fighters around the world

ISIS gave great heart to the global jihad. Jihadists around the world believed their side was winning, that the caliphate was here at last. They flocked to join ISIS in Iraq and Syria, or mount ISIS terror attacks in their own countries. Islamic terror everywhere massively escalated.

A range of forces gradually destroyed ISIS in Iraq and Syria after 2014, including some evil actors (Syria, Iran, Russia).

Trump, despite his isolationist talk, continued the American assistance in the war on ISIS. The destruction of ISIS continued after Jan 2017.
Politics      Religion      Since 1995.      New 200 G VPS server.