Religions - Christianity - "Christ's Life In Us"

Rosita Boland, in The Irish Times, 23 June 2011 (see page) reported on an incredibly offensive old Irish schoolbook that she had discovered.

When I first saw the image on social media, it was so bad that I thought it might be satire. But it is, incredibly, a real Irish schoolbook from 1970.

I felt the need to see it myself, so I went to see it in the National Library of Ireland. It is called Christ's Life In Us, revised edition, 1970. The following images are from the textbook and the workbook, both of which are bound together as NLI item: Ir 372 c 112. 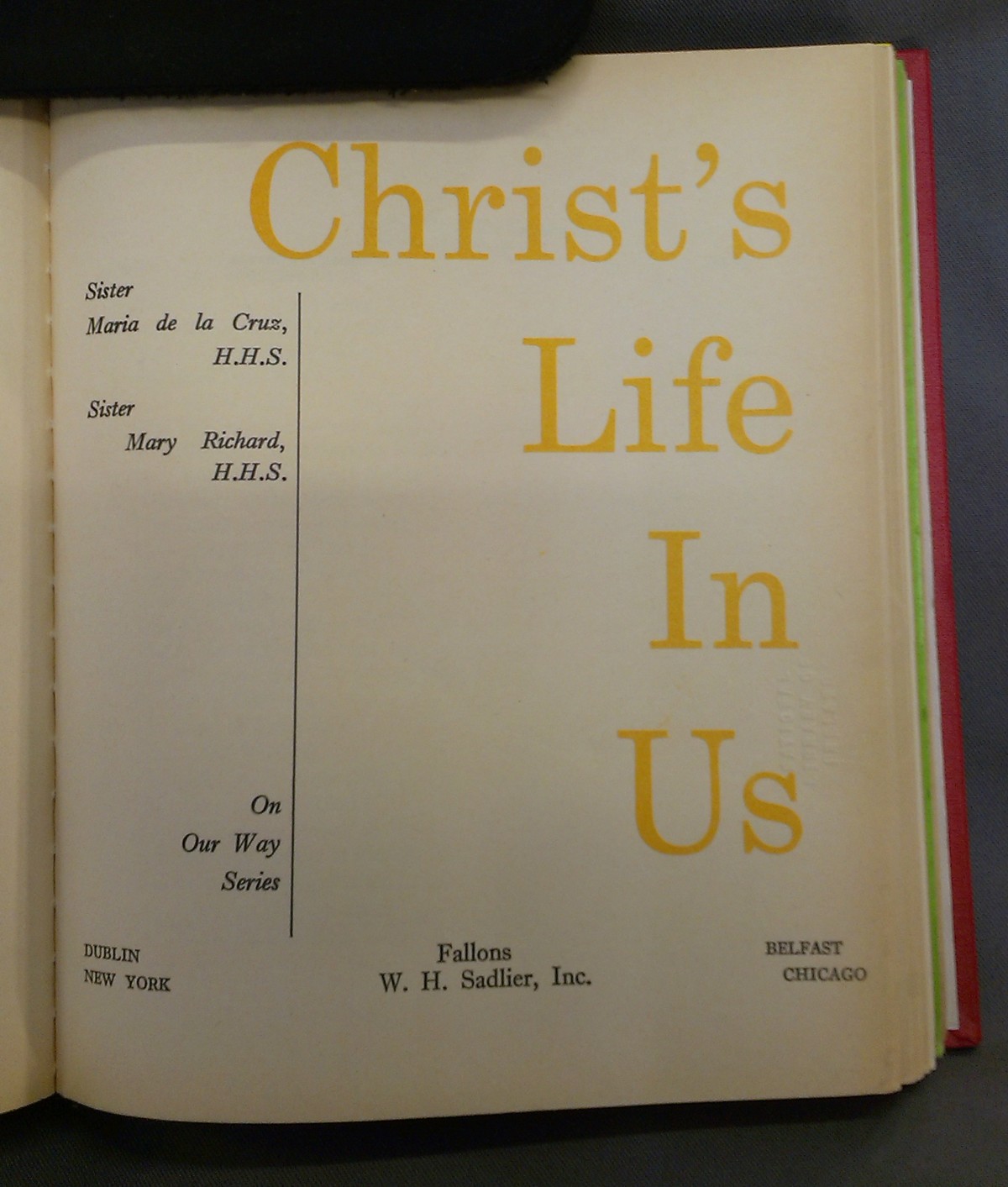 It's a real schoolbook. 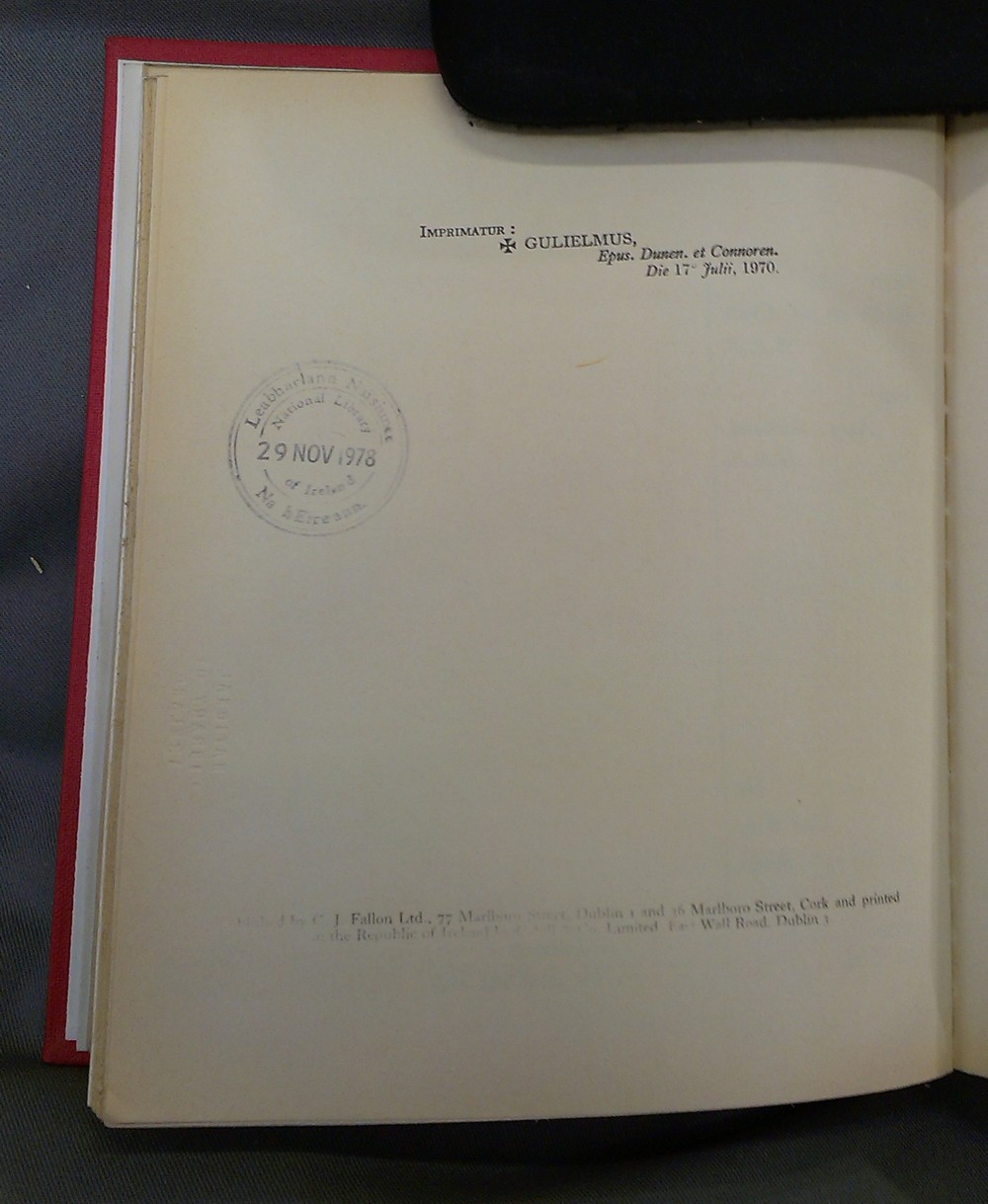 Imprimatur by William Philbin, RC Bishop of Down and Connor. 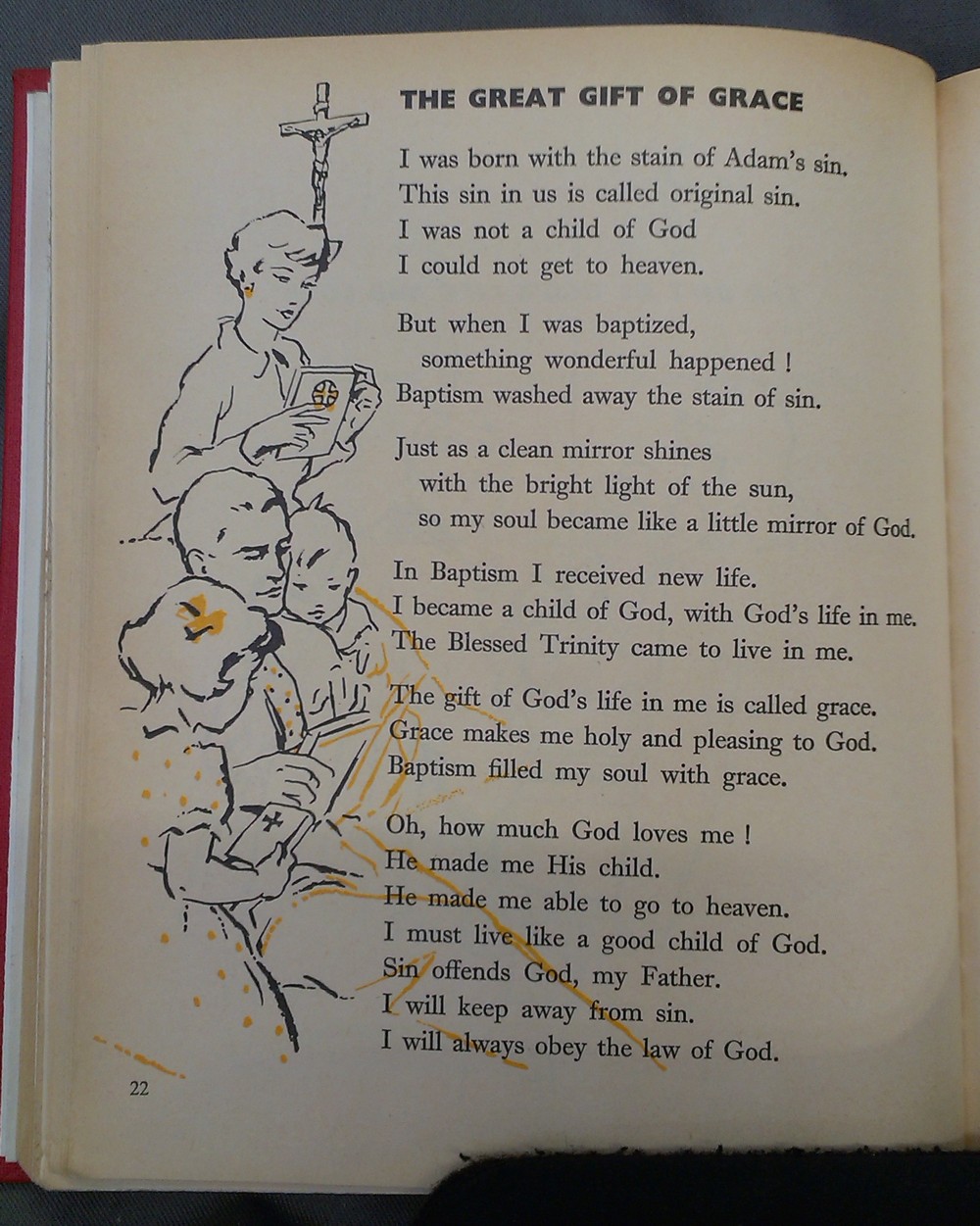 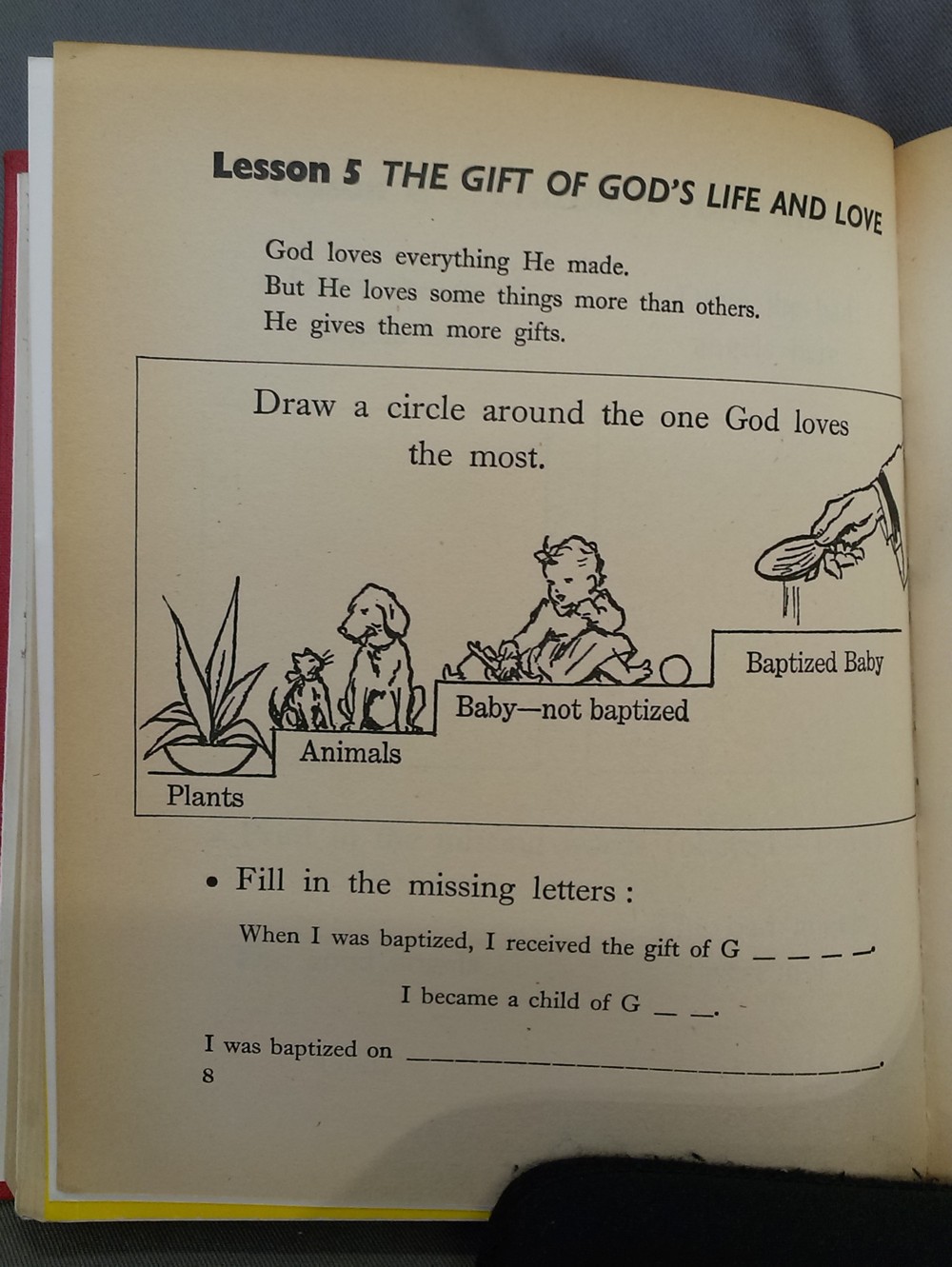 This incredibly offensive page is in the workbook.
The Catholic church used to tell innocent Irish children that God loves baptised babies more than unbaptised ones, who were somewhere between a baby and an animal. 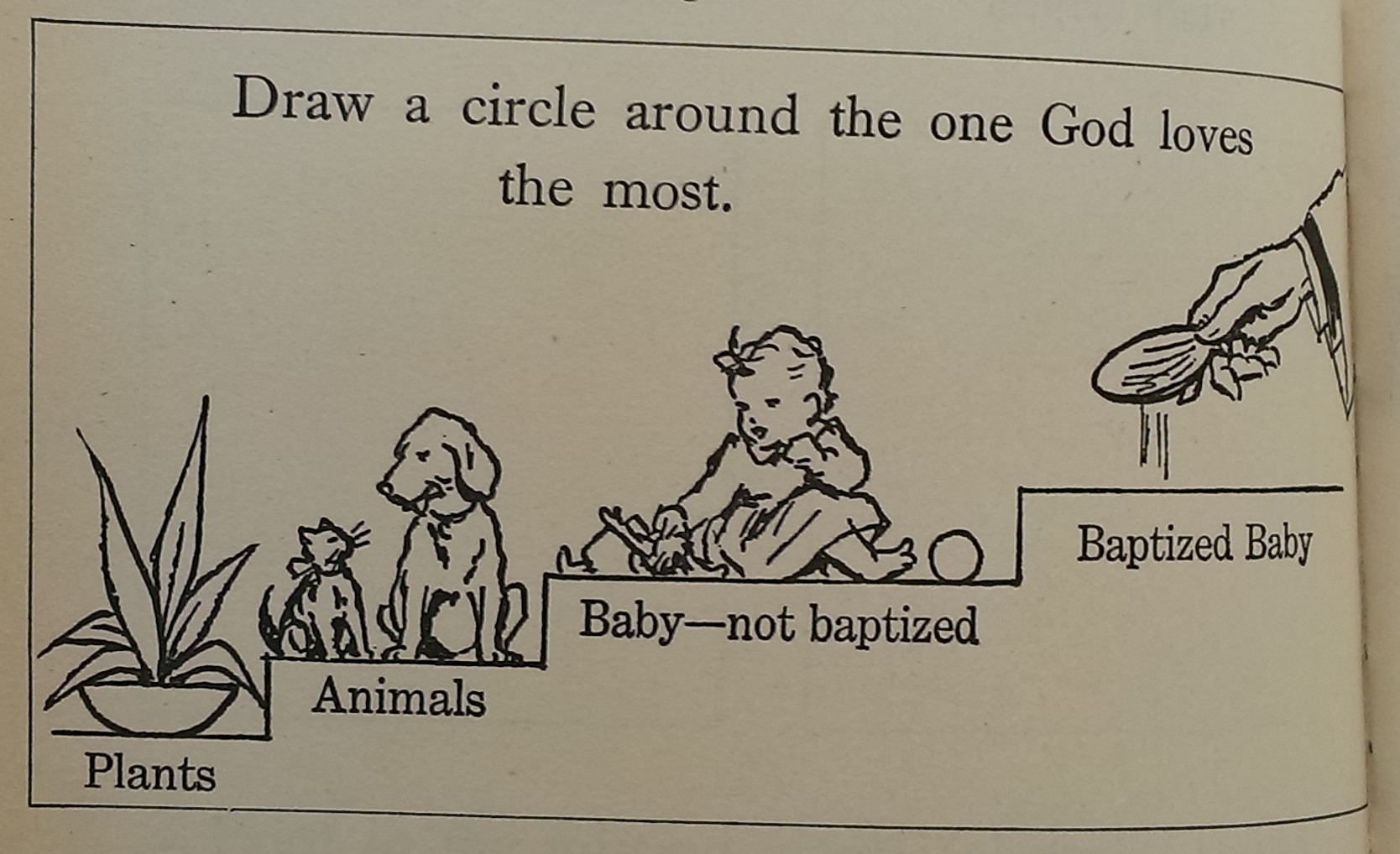 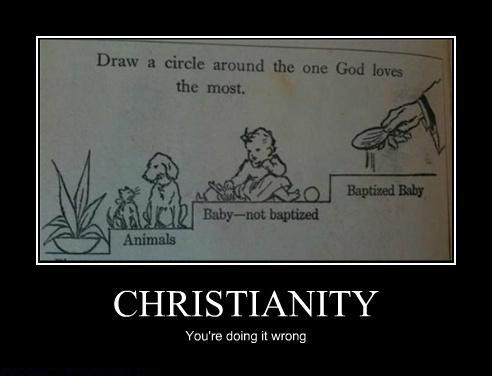 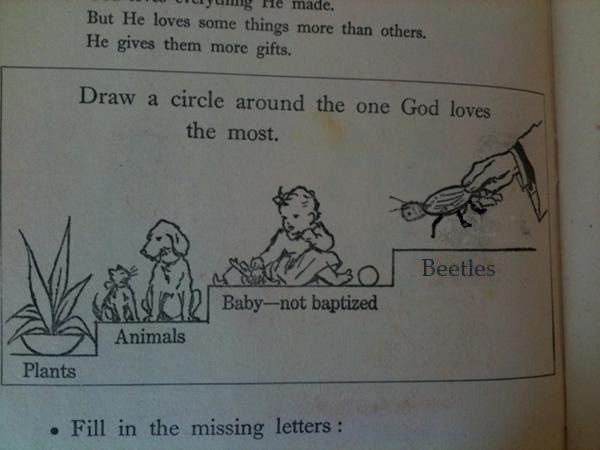 Parody found here. Origin unknown.
Refers to the Haldane quote about God's apparent mania for beetles: "The Creator would appear as endowed with a passion for stars, on the one hand, and for beetles on the other, for the simple reason that there are nearly 300,000 species of beetle known, and perhaps more, as compared with somewhat less than 9,000 species of birds and a little over 10,000 species of mammals." 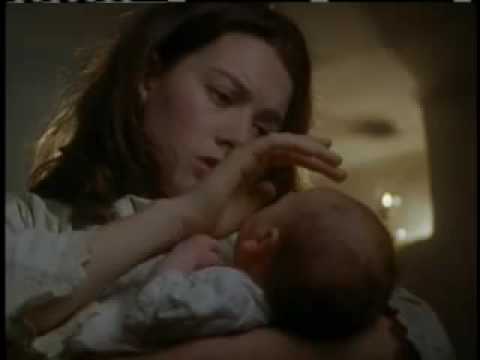 Tess is tortured by the thought of her unbaptised baby not going to heaven.
Screenshot of 1998 TV adaptation of the book Tess of the d'Urbervilles (1891).
See text of book.