Islamism - The Islamist way of war - The Toulouse massacre

Beslan came to France in March 2012 with the depraved, satanic attack on a primary school in Toulouse.

Islamist hatred and anti-semitism produces an unending stream of vicious young jihadist men who, like Nazi camp guards, are unable to see even innocent Jewish children as human beings. 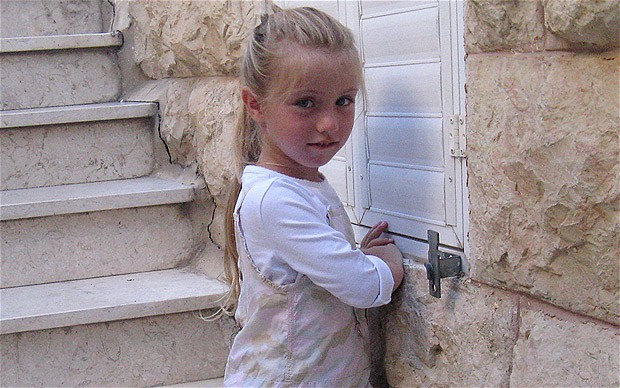 The Islamist way of war:
The jihadist killer at the French school ran after this little Jewish girl, 8 year old Miriam Monsonego, grabbed her, and shot her dead at close range.
He shot dead a 3 year old boy and a 6 year old boy at the gates. "CCTV footage from a camera at the gates reportedly showed that one of the boys was executed as he crawled away on his hands and knees while his father and brother lay dying on the pavement."
A local Jewish leader, Nicole Yardini, saw the CCTV footage: "It was like a horror film, something unreal. I can't say more. He shot a little girl in the head in cold blood. When I say it I want to vomit."

Many on the left jumped to the wrong conclusions about the attacks. Because the attacks were against Jews and against non-white French soldiers (some Muslim), many thought this might be a neo-Nazi terror group. See Christian Fraser of the BBC getting the analysis wrong, for example.

But it turned out to be Islamic terror again. The Muslim soldiers were targeted because they were soldiers, and hence traitors to Islam in the eyes of the jihadis. 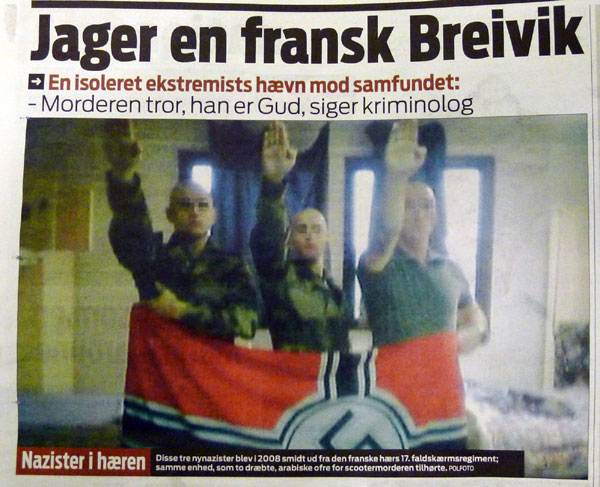 "Hunting a French Breivik."
The Danish media gets it wrong.
Mark Steyn, 21 Mar 2012, explains why the media got it wrong, and will get it wrong again.

Michael J. Rosenberg of Media Matters has form.
He is a Jew who is anti-Israel and compares Israel to Al Qaeda, 15 Nov 2012.
When Israel killed Hamas leader Ahmed Jabari on 14 Nov 2012, Rosenberg compared this to Nazi killings: "Israel's tweets celebrating killing makes me glad Germany didnt have twitter in 1942."
With this kind of confused moral compass, it's no wonder he blamed the wrong target for Toulouse.

The Guardian blamed Sarkozy and the right 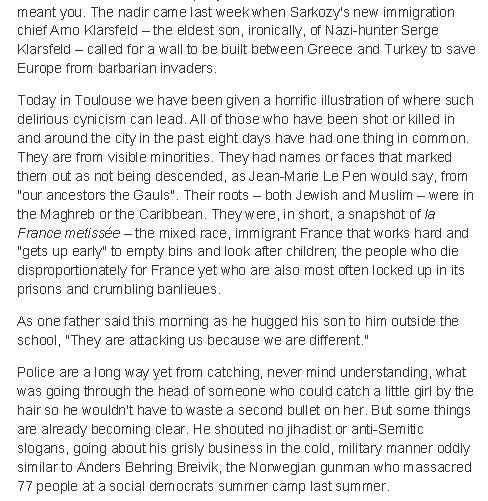 Trust the Guardian, of course, to go a step too far in blaming the wrong culprit for Toulouse.
Writing in what is the most pro-jihad newspaper in the English-speaking world, Irish leftist Fiachra Gibbons, 19 Mar 2012, rushes to blame the jihadist attack not on, say, his own newspaper, but rather on ... statements by centre-right French politicians about immigration and multiculturalism.
Unfortunately for Gibbons, it turned out to be Islamic terror.

The Irish Times blamed Sarkozy and the right 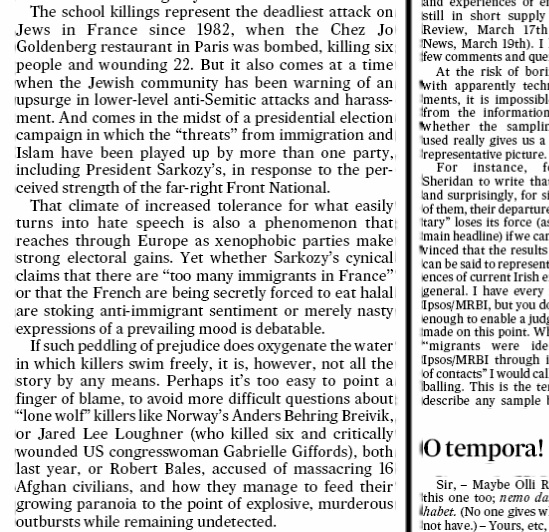 The Irish Times also disgraces itself, in this absurd left-wing leader, March 21, 2012, that became obsolete immediately as readers found out that morning that the killer was Muslim. Also here. 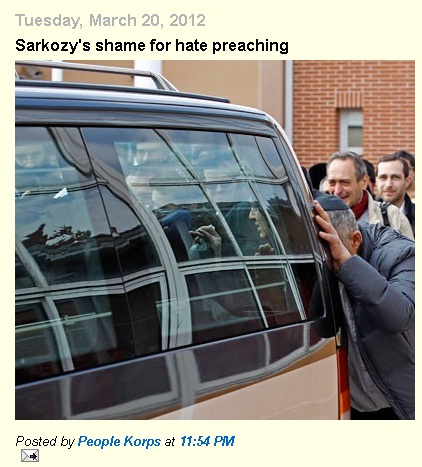 Left-wing Irish blog People Korps, 20 Mar 2012, blames Sarkozy and the centre-right for the killing of Jews.
Unfortunately for the Irish left, the killer turned out to be a Muslim.
See photo source.

The killer is revealed to be a Muslim

It turned out to be Islamic terror again. The killer was a Muslim jihadist, for whom all Jews, anywhere, are targets.

The New York Times says the main story is now the fears of Muslims!

The New York Times has been particularly disgusting on Toulouse. Jewish children are slaughtered in the most heartless, sadistic way by a Muslim fanatic. There are many like-minded Muslim fanatics in France. There has been a steady stream of Islamic terror attacks on France for decades, every year or two since 1975, many of them targeting Jews. Future slaughters are likely. It is unlikely that Muslim attacks on Jews will ever end in France. And yet for the New York Times the main story is the fears of Muslims!
Yvonne Ridley, Sept 2010, openly supports Hezbollah and Hamas Islamic terror (see end).
She mocks the killing of 4 Jews, including a pregnant woman, saying they "paid the price for stealing Palestinian land". 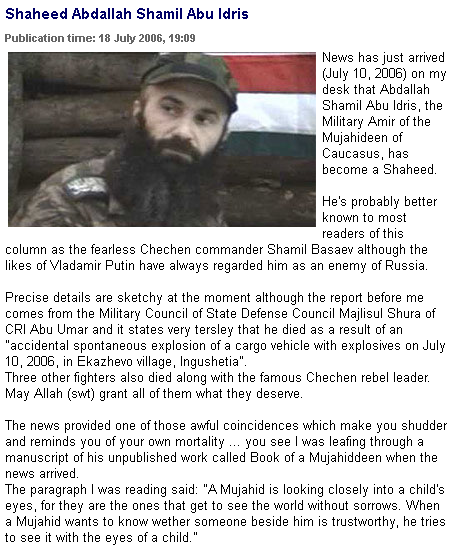 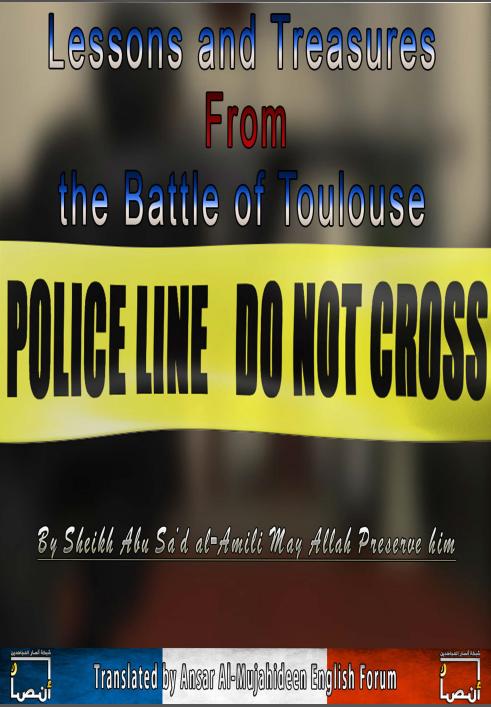 "The Battle of Toulouse".
Jihadists celebrate the killing of Jewish children at a primary school in Toulouse.
From the "censored31" terrorist website. (See background.)
Attacking tiny children with guns constitutes a "Battle" if you are an Islamist!