Islam - Islam in the West - USA

Islam in the US


Hamas On Campus shows the links of the Muslim Students' Association (MSA) (also here) to terrorism: 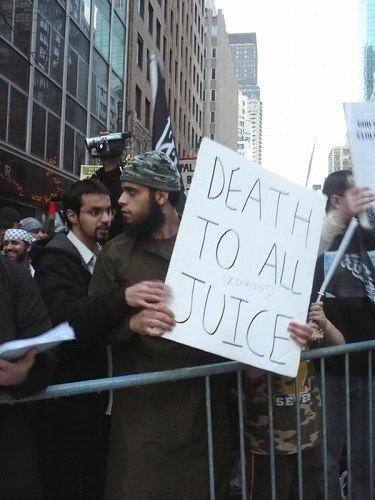 American Muslim radical Carlos Almonte is typical of the sinister, yet also pathetic, nature of the modern Western jihadi.
Almonte was raised Catholic, converted to Islam, and somehow got the idea that it is supposed to be violent.
This is a genuine photo of Dec 2008 where he protests in New York with a misspelled sign. See original shots here and here.
He is both comical and sinister. He said he wanted to kill non-Muslims for not worshipping a being called "Allah", who exists only in his head: "It's already enough that you don't worship Allah, so ... that's a reason for you to die."
In Mar 2011, he pleaded guilty to Islamic terrorism charges (not related to this protest). He will be sentenced in June 2011, and apparently will get at least 15 years. 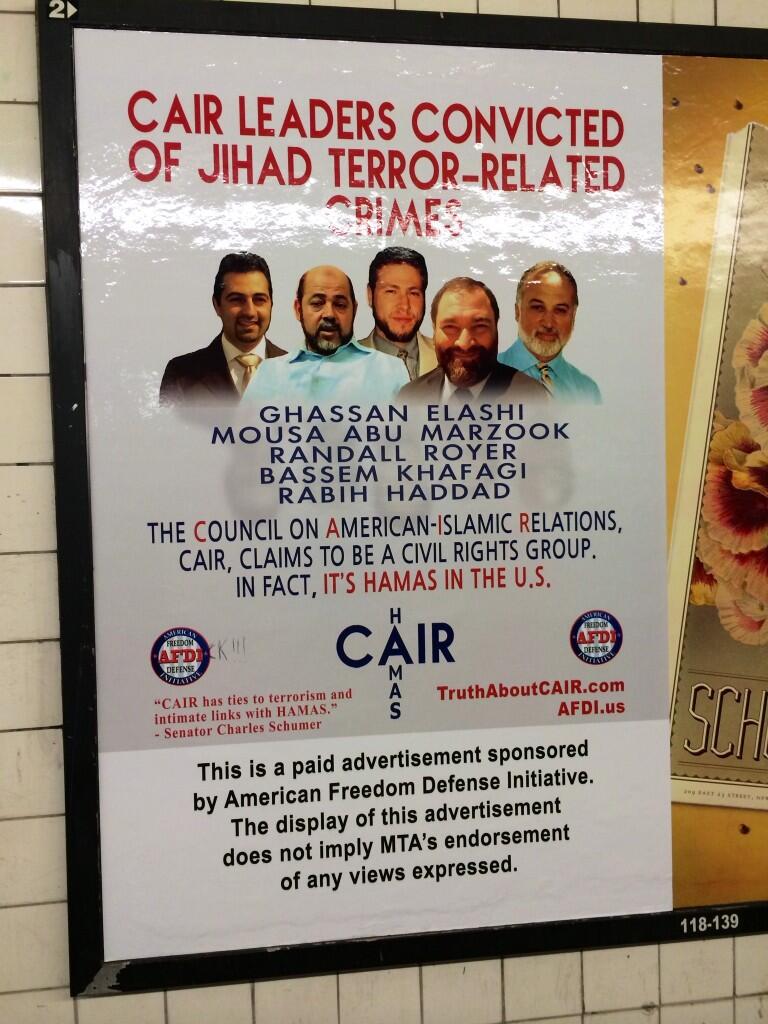 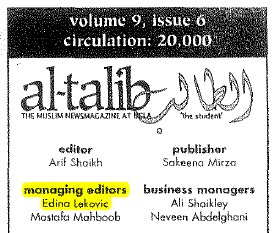 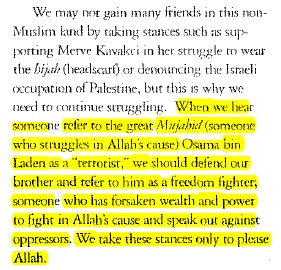 Edina Lekovic was Managing Editor of student magazine "Al-Talib" in July 1999 when it praised Bin Laden and jihad.
This was just two years before Bin Laden attacked New York on 9/11.
The above two extracts appear on the same page.
The front cover is below.
See full pages:

From Steven Emerson.
Edina Lekovic replies, and absurdly claims that the inclusion of her name is "a printing mistake", despite the fact that she contributed to "Al-Talib" many times over a long period from 1997 to 2002.

The cover of the above 1999 issue praises jihad, Bin Laden and Khomeini. 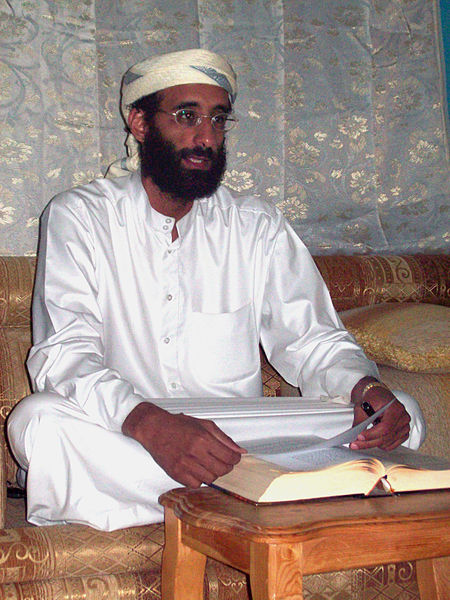 The wealthy Americanised Yemeni Islamofascist Anwar al-Awlaki shows how western governments often have difficulty telling who their enemies are. 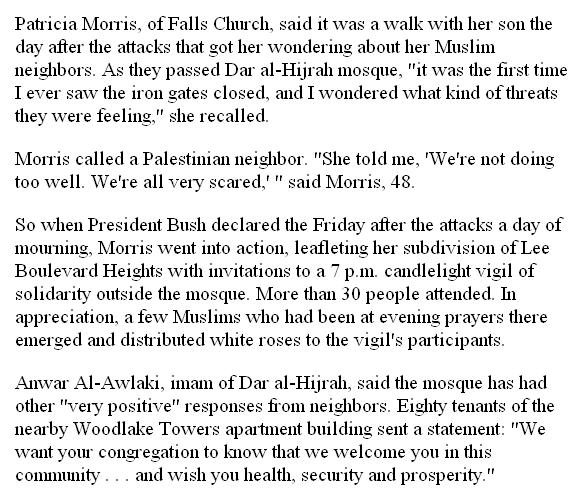 For Muslims, Benevolence Is Prevailing Over Backlash, October 6, 2001.
Washington Post article about a largely imaginary "backlash" against Muslims in America after 9/11.
One innocent, well-meaning American, Patricia Morris, organised a vigil outside Anwar Al-Awlaki's mosque in Virginia to defend it.
Sadly, later, Anwar Al-Awlaki had to be killed by a drone attack. 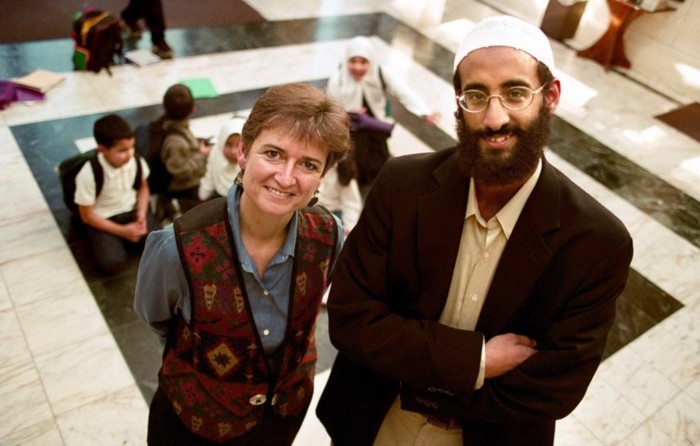 In 2001, just after 9/11, an innocent, well-meaning American, Patricia Morris, organises a vigil outside Anwar Al-Awlaki's mosque in Virginia to defend it.
She is unaware that some of the 9/11 hijackers were actually linked to the mosque, and that Al-Awlaki himself was probably involved in 9/11. No wonder he's smiling!
Later, Al-Awlaki was killed by a drone strike.
See full size at Washington Post. 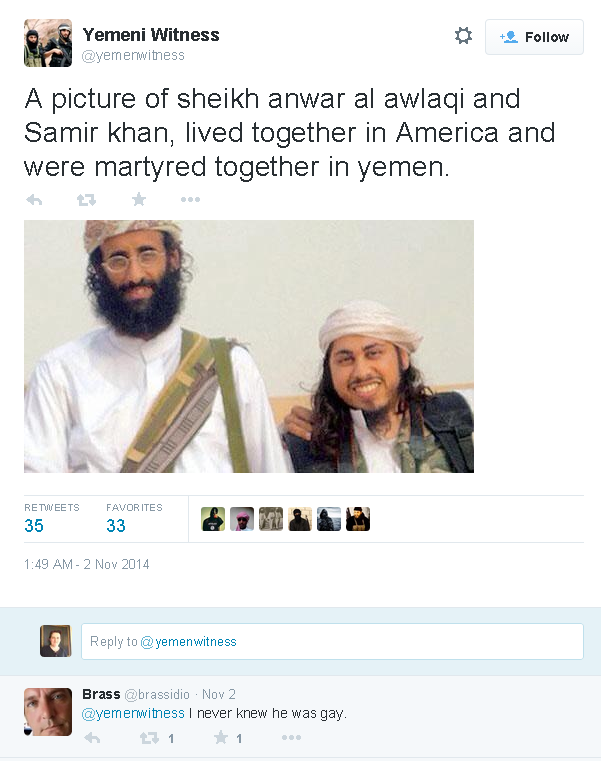 From here.
Hilarious reply from here.