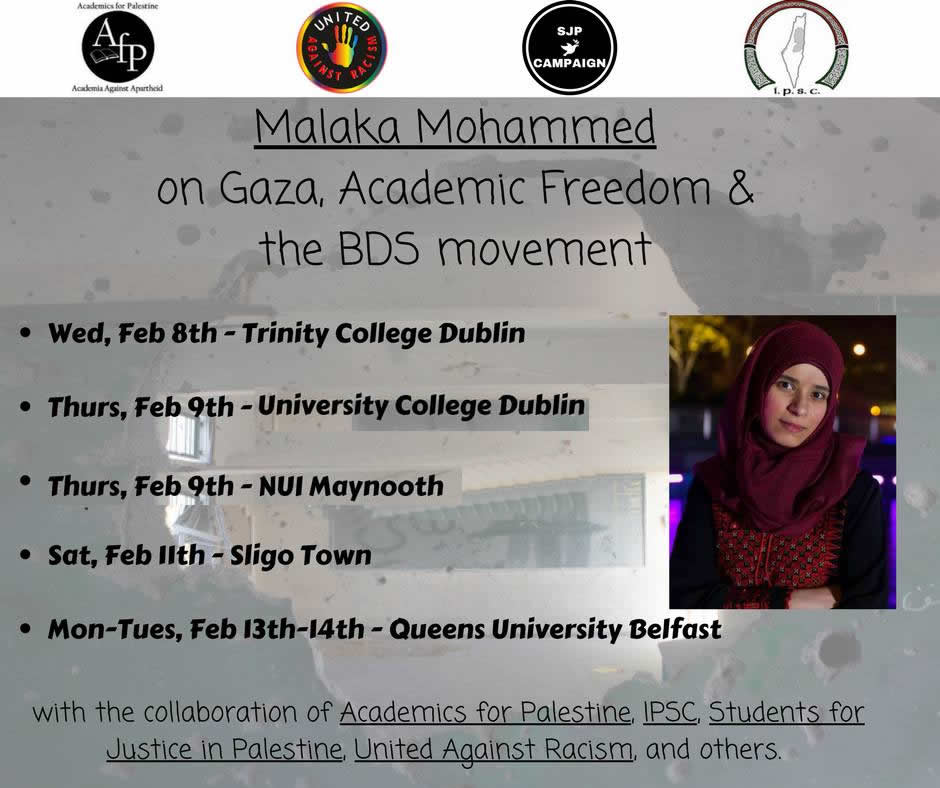 "United Against Racism" hates Israel.
It was involved in Feb 2017 in this anti-Israel speaking tour by Exeter PhD student Malaka Shwaikh (also known as Malaka Mohammed). 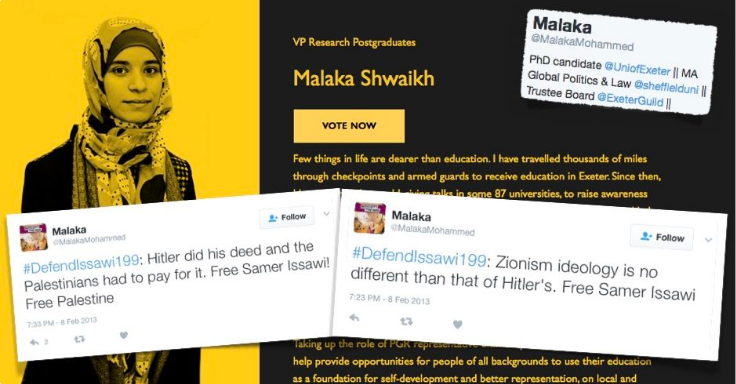 Who is Malaka Shwaikh (Malaka Mohammed), whose speaking tour "United Against Racism" sponsors?
Here are some tweets by her.
From Campaign Against Antisemitism, 17 Feb 2017. 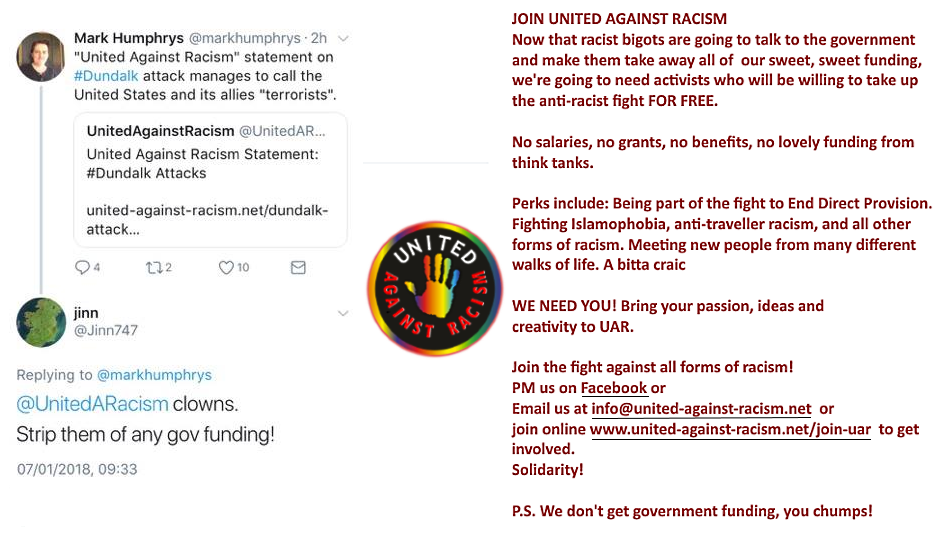 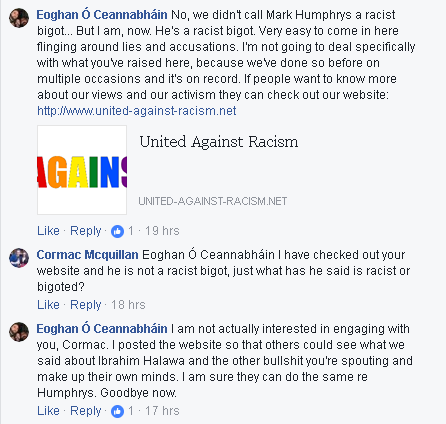 In the thread above, United Against Racism spokesman Eoghan Ó Ceannabháin (see twitter) specifically libels me as a "racist bigot". 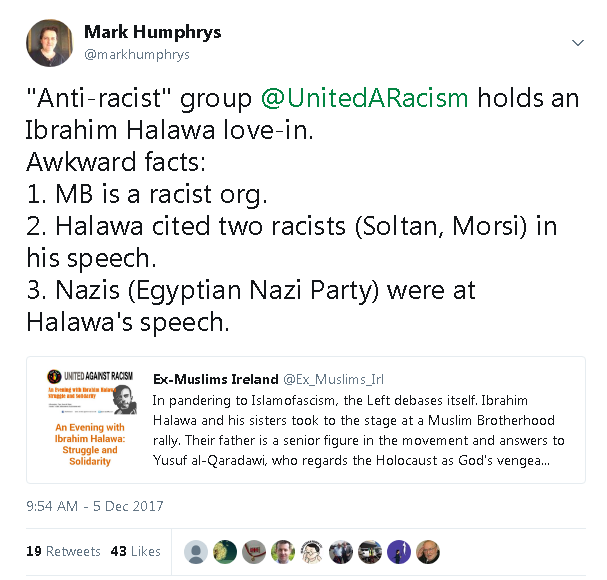 United Against Racism might be angry because of this tweet of mine about the Halawa case in Dec 2017.
But instead of replying to it, and addressing my 3 facts, they just call me "racist". 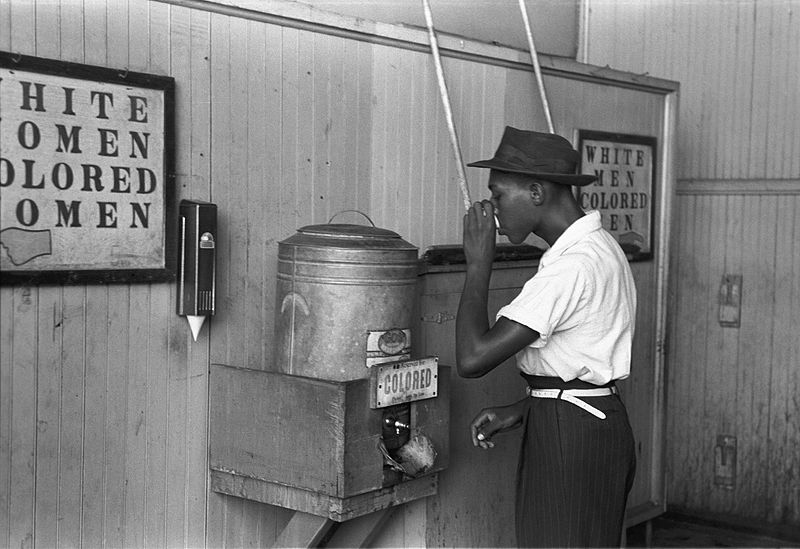 The word "racist" used to have a specific meaning.
Now it just means: "a white person that a leftist disagrees with".
It is not progress to drain such a profound word of meaning.
Image from here. 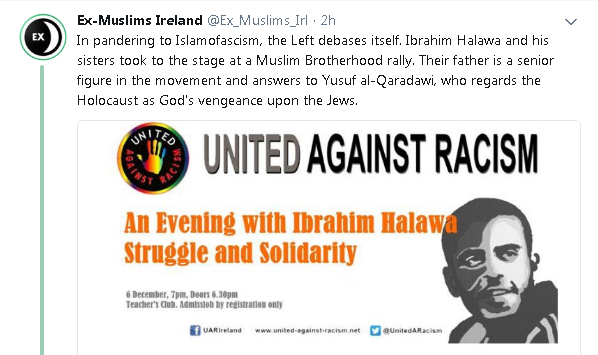 Ex-Muslims Ireland are unimpressed by the Irish left's embrace of the Halawas, Dec 2017.