GowlBlocker was a fascinating insight into Irish far left mentality.

In 2019, some Irish leftists started using a Block Together block list on Twitter called "GowlBlocker" to block non-left thought.

By 2021, Block Together itself was closed. But for a while, we could see who was on the "GowlBlocker" list and it was fascinating.

List of some of the people blocked by GowlBlocker.
See above as an image.

GowlBlocker appears to be linked to a guy called Aidan O'Brien ("artimusfoul").
And yes, he is just what you expect. 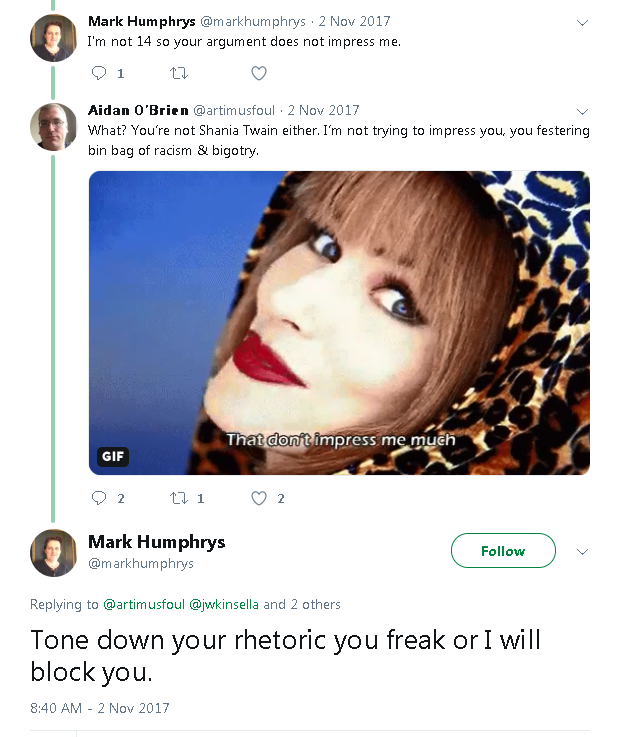 O'Brien calls me a "festering bin bag of racism & bigotry." 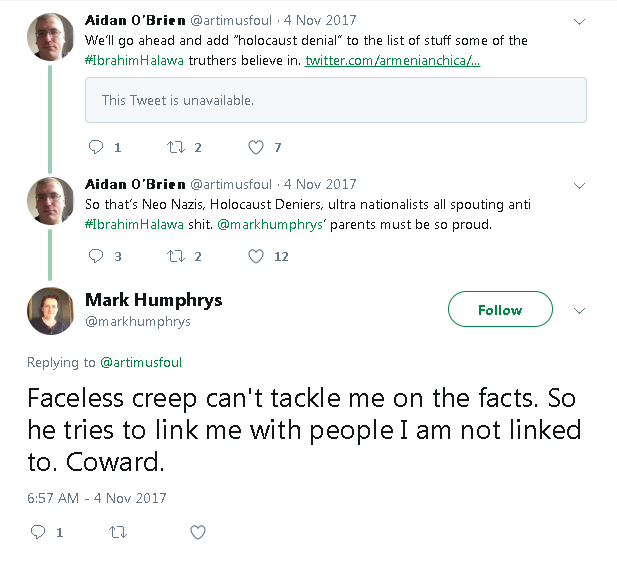 O'Brien tries to link me to all sorts of random Nazis I have never heard of.
He used to be faceless, by the way. Now he has a face. 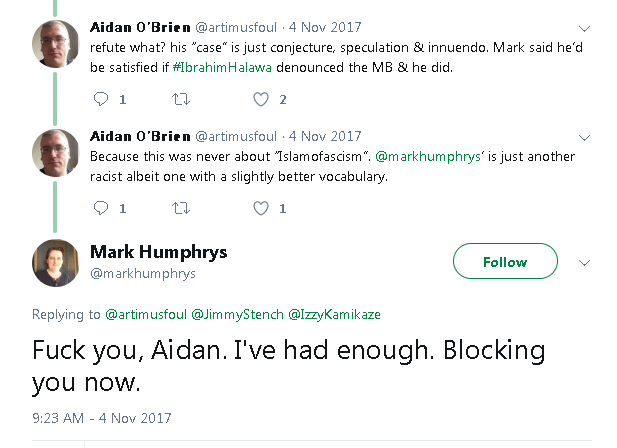 O'Brien calls me a racist for criticising a racist organisation, the Muslim Brotherhood.
This was the last straw for me and I blocked him.
I was willing to debate him, but all he wanted to do was abuse me.

Tedious musicians/pundits The Rubber Bandits promote GowlBlocker. Because they do not like debate. 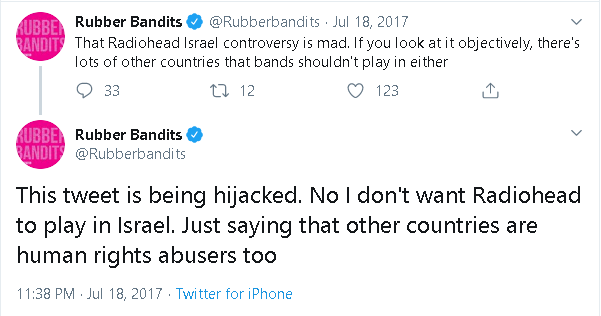 July 2017: Rubber Bandits have terrible politics.
I still wouldn't block them though. 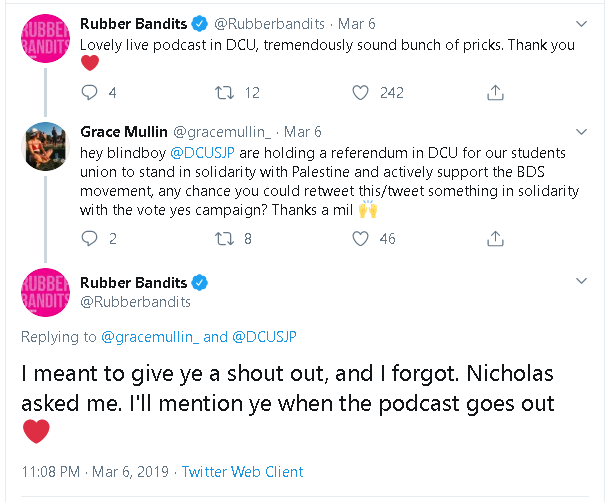 Mar 2019: Annoying musicians have annoying politics.
Here they support a boycott of the 0.6 million Jews who live in the West Bank and East Jerusalem.
I still wouldn't block them though.

I think the GowlBlocker people appear in this video.