George Galloway is the leading British supporter of dictatorship and totalitarianism in the world. He has spent a lifetime dedicated to support for the most disgusting regimes and groups on the planet.

I actually think that some of what he says (encouraging the enemy to attack British troops) should be illegal and he should be arrested.

Galloway to the butcher Uday Hussein in 1999: "I'd like you to know that we are with you 'til the end" 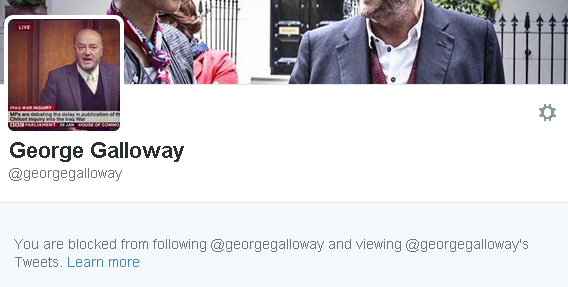 I guess he didn't like this page!
I discover that I am blocked on Twitter by George Galloway.

How George Galloway reacted to the death of the North Vietnamese communist General Giap, 5 Oct 2013: "All hail the memory".

How George Galloway reacted to the death of the democratically-elected British Prime Minister, Margaret Thatcher, 8 Apr 2013: "May she burn in the hellfires."
In fact, Galloway was so horrified by Thatcher's Britain that in 1979-1990 he went to live in the communist paradise of Vietnam. Oh no, wait a minute. He didn't. For some reason, he preferred to live in Britain.

Galloway openly supports Hizbollah, at the Al Quds Rally, London, Oct 2007.
He openly supports Castro. He stands in front of a picture of Ayatollah Khomeini. He supports Iran. He attacks Arab democrats as traitors. He rants on about casinos and bordellos and damnation "for all eternity" as if he has converted to Islam.
The crowd of deranged Islamic terror supporters are rather muted. Maybe even they think he's nuts.

Extracts from Galloway's UK by-election leaflet, March 2012.
And this kind of religious bolloxology is meant to make the voter support Galloway?
The left's support for Islamic fundamentalism is the main reason I regard myself as part of the western right. 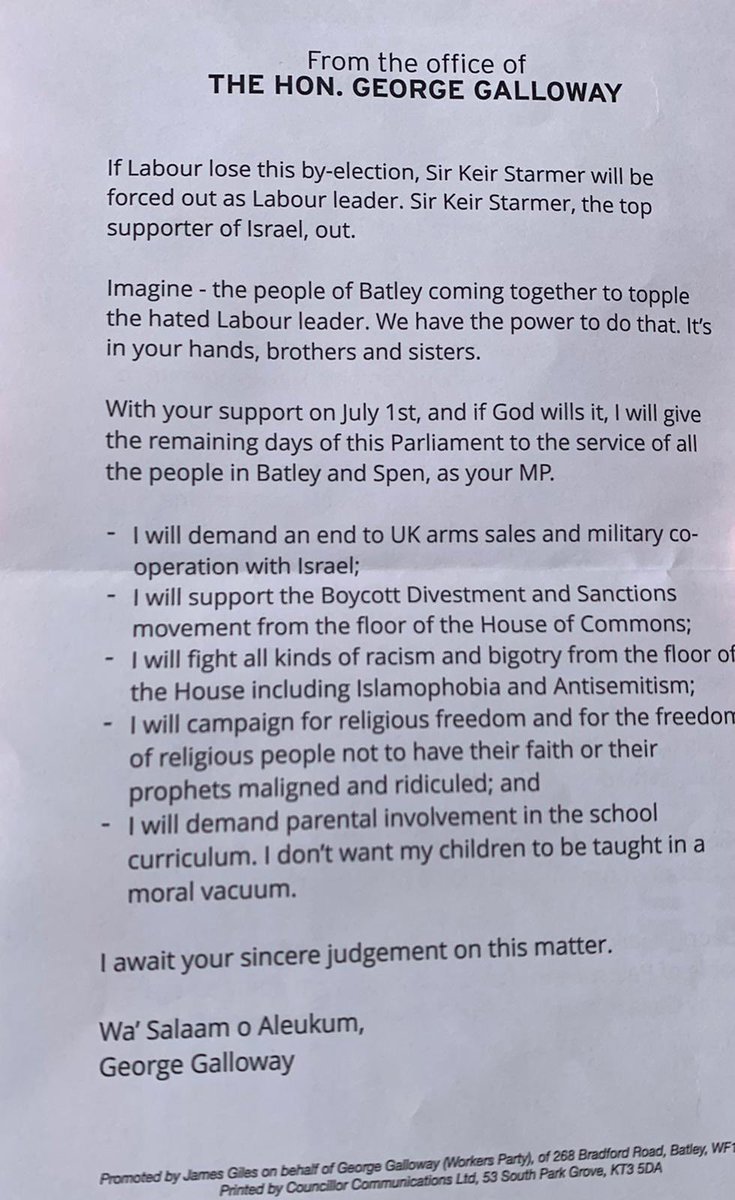 Galloway's support for the Iraqi "resistance" 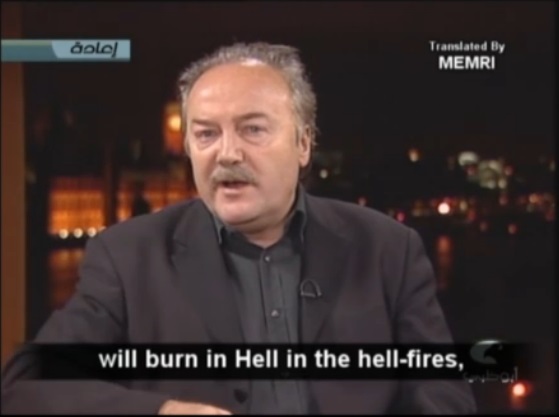 Galloway on Arab TV, Nov 2004, rants like an Islamist.
See transcript: "The people who invaded and destroyed Iraq and have murdered more than a million Iraqi people by sanctions and war will burn in Hell in the hell-fires, and their name in history will be branded as killers and war criminals for all time. ... Not the resistance, not anybody else but these criminals who invaded and fell like wolves upon the people of Iraq." 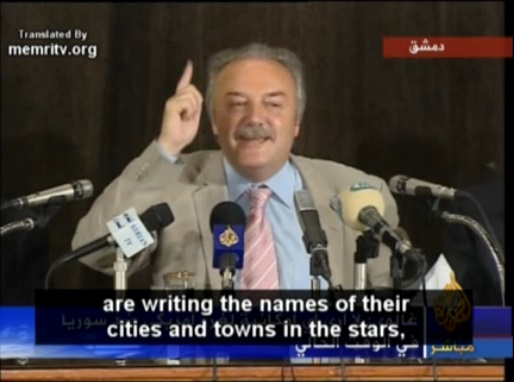 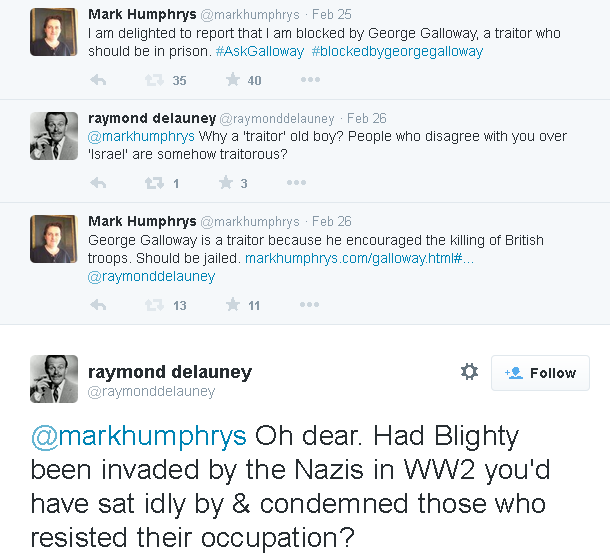 Feb 2015: A Galloway fan, "raymond delauney" (fake name) defends Galloway's statements calling for the killing of British troops.
He compares the Brits to the Nazis and compares the jihad to the resistance.

Is Galloway a Muslim?

People have wondered for years if George Galloway is a Muslim. He talks as if he is a (radical) Muslim. He speaks like a jihadist. He has had 4 wives - 3 of them Muslim. He had Islamic marriages to his 3 Muslim wives in 1994, 2005 and 2012.

In 2012, a credible claim emerged that he is not a pro-jihad far leftist, as thought, but rather a pro-jihad Muslim radical.

"Respect" was George Galloway's party, a disgusting alliance of communists and Islamists. 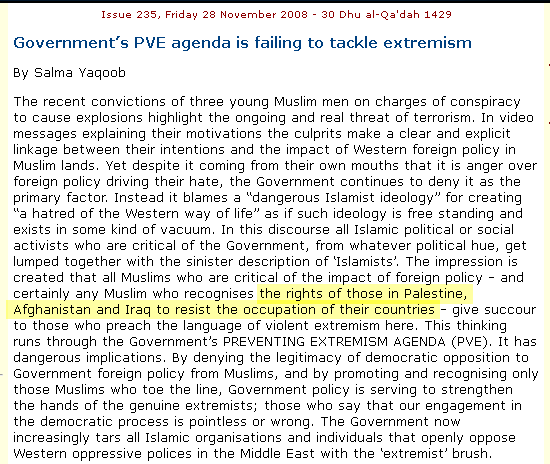 Government's PVE agenda is failing to tackle extremism, Salma Yaqoob, The Muslim News, 28 November 2008.
She defends "the rights of those in Palestine, Afghanistan and Iraq to resist the occupation of their countries".
More here and here. 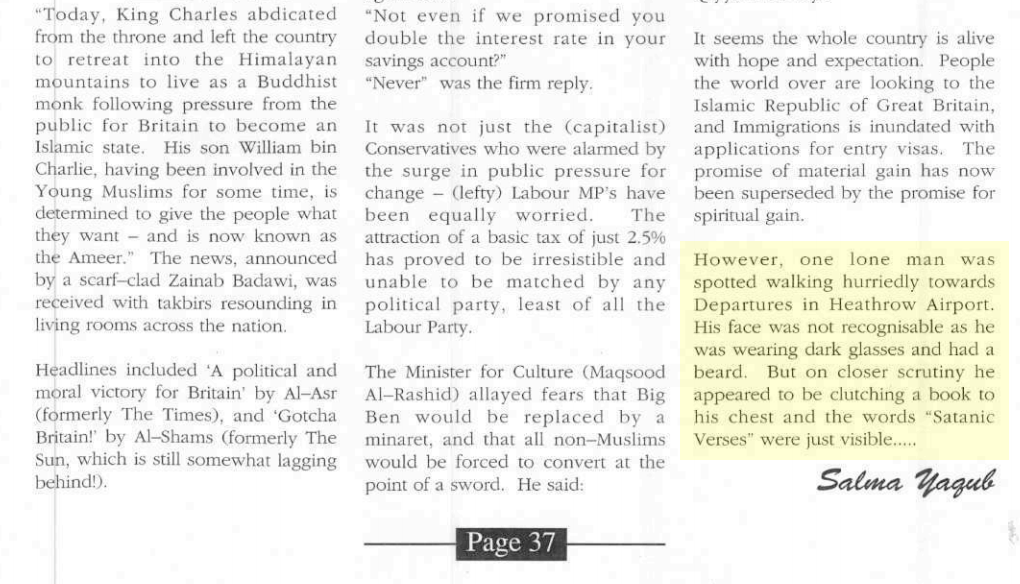 Salma Yaqoob imagines an Islamic Britain. She laughs at the idea of Salman Rushdie fleeing Britain.
From "Trends" magazine, before 2008. Saved here. 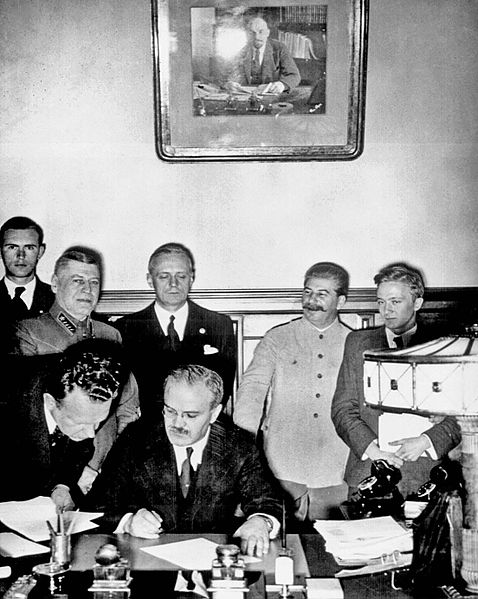 An early version of the Islamist-leftist pact Respect:
The Molotov-Ribbentrop Pact.