The Irish blog "Bock The Robber", by the anonymous "Bock", is an aggressive anti-Israel, anti-American blog. 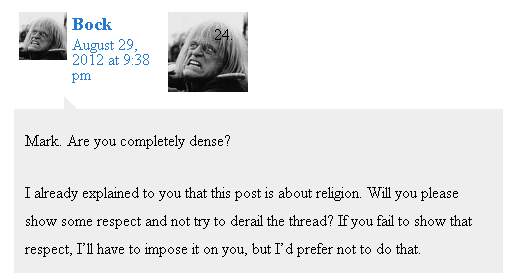 The Irish Charles Johnson.
Bock waves the banning stick instead of debating.
Top: From here.
Bottom: From here.


Bock saw it in a movie, and he thinks this is what actually happens.
The movie Full Metal Jacket (1987).
The above scene is of course just fiction.

Contrary to the sick propaganda of Stanley Kubrick and Bock the Robber, this is what the US military is really like:
Dec 2011: US soldier Dennis Weichel comes home from Afghanistan to surprise his beautiful children.
March 2012: Dennis Weichel gives his life to save an Afghan child. 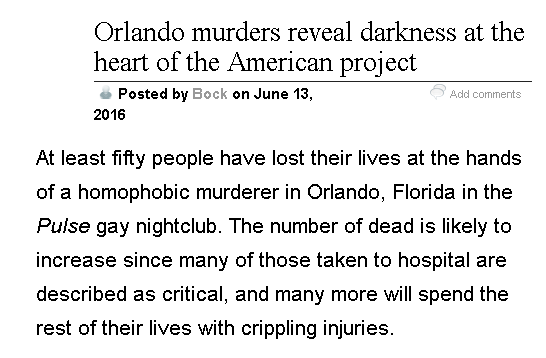 Islamic jihad slaughter of gays shows what is wrong with .. America!
Bock the Robber is some comedian.


Bock says Gaza is "truly a concentration camp".
Yes, I remember the shops and restaurants in Auschwitz were just like the above.
Although you probably could not get the iPhone at the shops in Auschwitz.

iPhone 5 on sale in Gaza before Israel, report Oct 2012.
It is "truly a concentration camp". 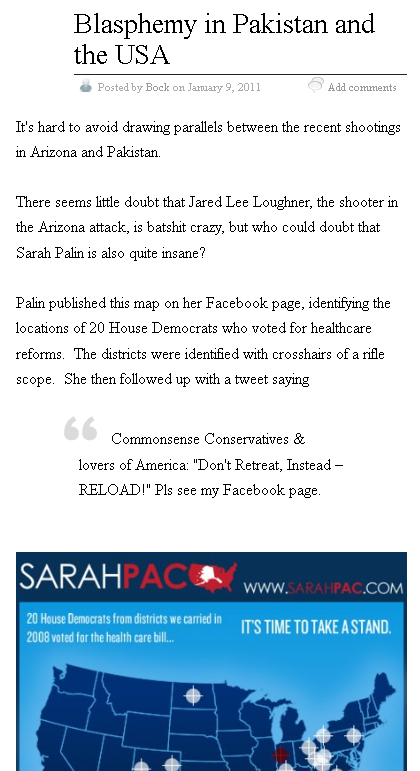 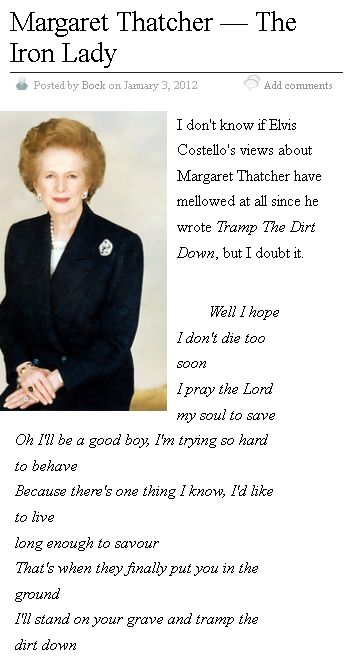 The hypocrisy of the Irish left:
(Left) Bock the Robber, 9 Jan 2011, is horrified by a humdrum map showing political target seats. He describes it as a call to murder! He uses it to blame Sarah Palin for the Tucson shooting! He compares Palin, a boring parliamentary democrat, to Islamic clerics who constantly call for the death of blasphemers: "So what's the difference between Sarah Palin and a crazy fundamentalist Islamic cleric?"
(Right) Bock the Robber, 3 Jan 2012, praises a song wishing to see Margaret Thatcher dead in the grave: "I understand his anger and contempt."
OK, target metaphors in elections are evil. Singing about jumping on someone's grave is good. Got it.

What happens when a rabid Israel-hater visits Auschwitz? "Bock" showed us in Oct 2013. 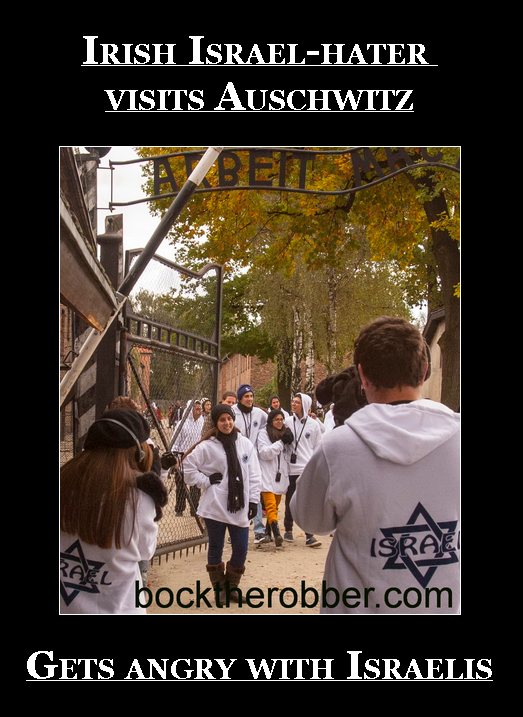 Israel-hater Bock posted a photo here critical of some Israelis he saw at Auschwitz.

Here is another Irish Israel-hater visting Auschwitz - and getting angry with Israeli Jews. 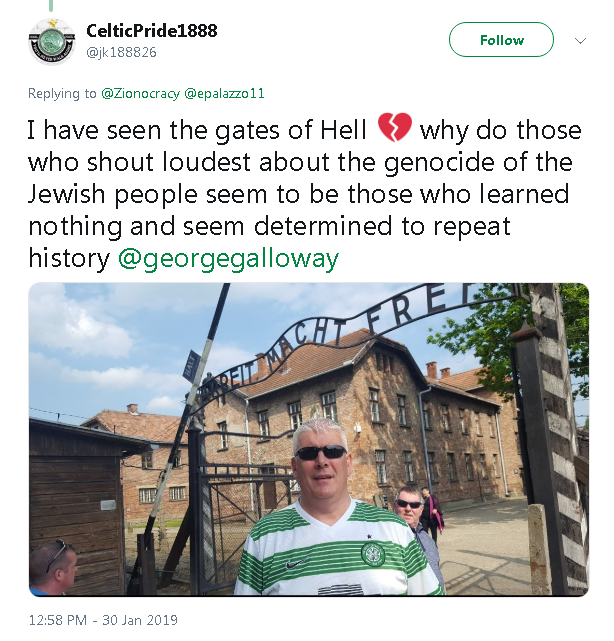 Irish republican Israel-hater "jk188826" visits Auschwitz and complains about meeting Israeli Jews there: "we were surrounded by IOF ( IDF ) Israeli occupation force". He even argued with people at the camp!

He is angry about seeing Jews in Auschwitz: "I was surrounded by Zionists murdering scum".

Irish journalist and writer Philip Nolan visited Auschwitz and got angry with Israel when he saw Israeli Jews there.

Base insults from Brian Lucey because he is incapable of debating the Halawa case.

More base insults.
This ignorant virtue-signalling white guy should ask the brown Egyptian Copts what they think about Halawa.

Here he replies to a poll that shows Egyptians have a 95% unfavourable view of Jews.
He knows nothing about Egypt, or Islam, or anti-semitism, or Halawa.
And he does not want to know.

Filthy abuse is all you get from this guy.

More stalking and borderline defamation from this horrible person, because he is incapable of normal argument.

In contrast to ignorant Western leftists like Brian Lucey, liberal and secular and minority Egyptians like my Halawa work. They even thank me for telling the truth about the Muslim Brotherhood. There are Copts (Egyptian Christians) who follow me and defend me. I can't imagine a Copt ever following Brian Lucey, but if it happens, let me know.

Egyptian Copt George Mokbel thanks me for standing up for the Copts against the Muslim Brotherhood.
He does not seem to understand Brian Lucey's insight that I only dislike the Muslim Brotherhood because they are brown.
Maybe Lucey will explain to George that that's why he dislikes them too.

Another Egyptian hates the MB and likes my Halawa page.
Brian Lucey will need to explain things to him as well.