Since 2016, Twitter is broken. Twitter's complaints process is incredibly broken and wide open to this kind of abuse. And this is a great example.

This page explains what happened.

The troll in question.
It seems unlikely this is a real name or real photo. 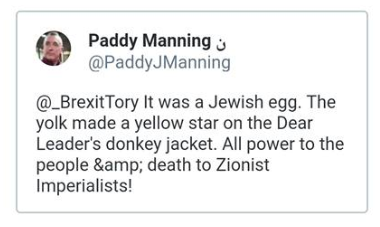 Paddy Manning tweeted this harmlessly amusing tweet after an egg was thrown at the extremist British politician Jeremy Corbyn on 3 March 2019.
He is slagging off the anti-semitic conspiracy theorists that flock to Corbyn's Labour. 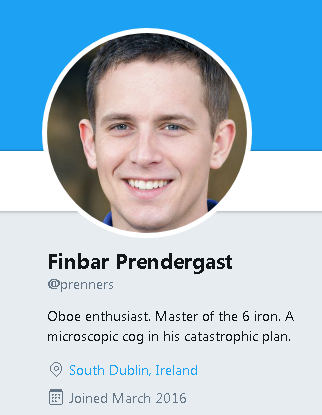 This guy Finbar Prendergast, who disagrees with Paddy's politics, decided to try to get Paddy banned for the above tweet. So he made a malicious complaint. Maybe the AI bot or outsourced worker dealing with the complaint could be fooled into thinking Paddy's tweet was anti-semitic, rather than slagging off anti-semites. 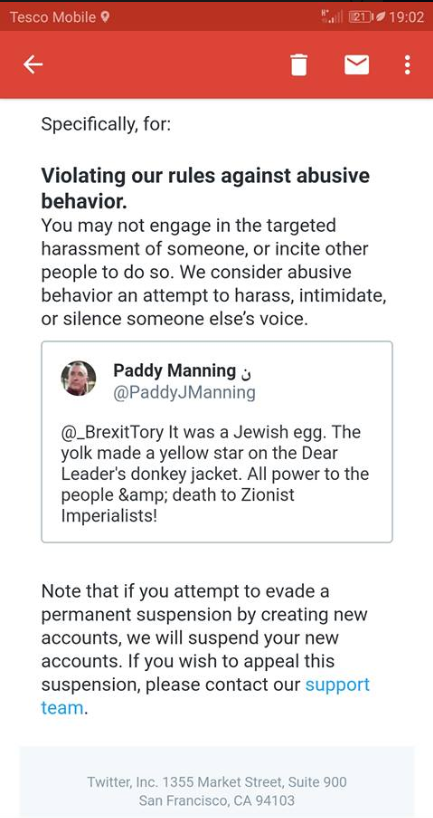 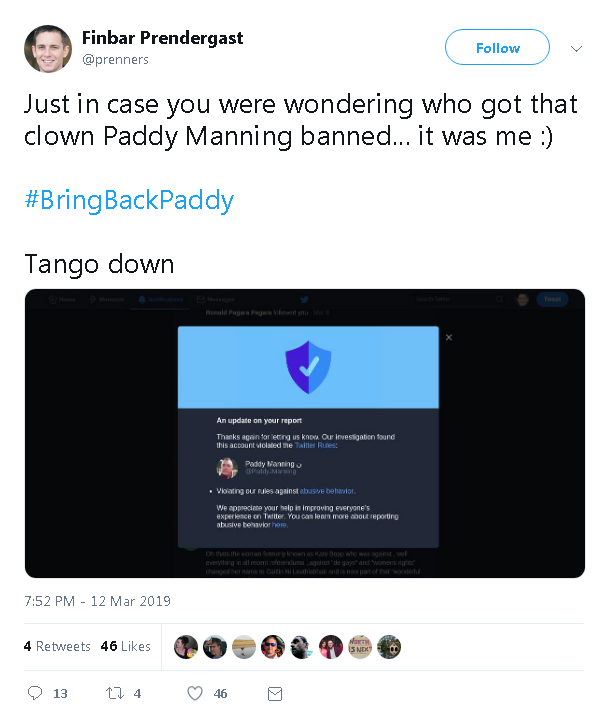 Finbar Prendergast boasts that it was him who made the malicious complaint. He is delighted that it worked.

The troll is having a great time

It's all a game to the troll. He is having a great time.

In response to this page, this guy has gone completely mad.

The troll targets me.

He sends a shooting threat to someone.

He harasses my employer. 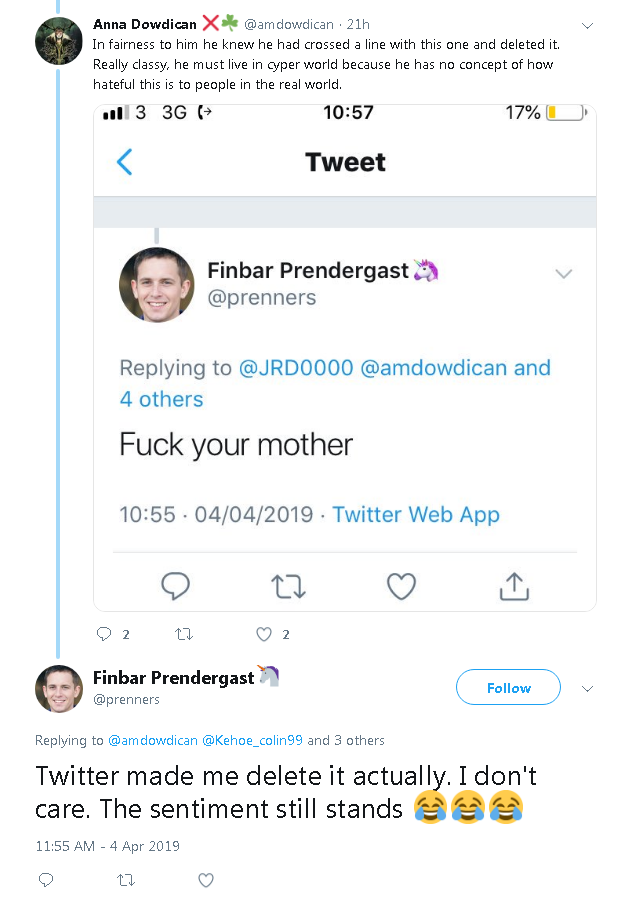 "Fuck your mother".
Twitter listens to the pious, pleading (and entirely fake) complaints of trolls like this.
From here and here.

In April 2019, after many complaints about his behaviour, from many people, the troll prenners was suspended.
But Paddy Manning is still gone. Twitter is still obeying the troll that they themselves suspended.