Wikileaks do two quite separate things: The second of these is unnecessary. They could have decided to be just a leaking organisation. But they couldn't resist the temptation to editorialise. Often the very information they are leaking refutes the spin they try to put on it. The biggest example of this is the 2007 Iraq airstrike video, where the US military is clearly telling the truth, while Wikileaks is spinning and distorting.

Wikileaks disgraced themselves with the 2007 airstrike video (released Apr 2010). No one can trust them after their spin and distortion about this video.

Wikileaks doesn't just leak.
They also editorialise and spin.
Their biased, politicised spin about the 2007 Iraq airstrike on collateralmurder.com is simply false.
The video certainly does not show the "unprovoked slaying of a wounded Reuters employee and his rescuers".

RPG and AK armed insurgents in the 2007 airstrike video.
Wikileaks spun this as if it was an attack on civilians.
The Wikileaks version is false.
The US military version is true.

The 2007 airstrike video showed Wikileaks' distortion, and their anti-war agenda.

The Afghan papers began to cross a line into Wikileaks becoming an enemy of the US. An enemy that the US should take action against.

The US diplomatic cables leak, Nov 2010

It is notable that the lefties of Wikileaks - yet again - choose to target America rather than, say, the bad guys in the world.

That would be this Michael Moore.
Cartoon from Cox and Forkum (see here). See Cartoon Use Policy. 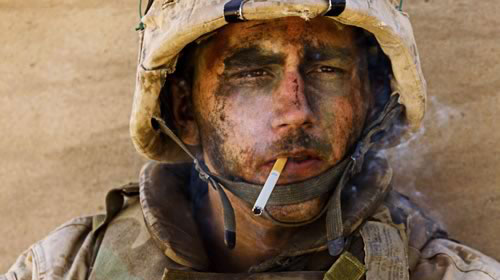 An actual hero. (Symbolic of many such heroes.)
This is Marine James Blake Miller fighting against the satanic jihad in Fallujah, Iraq, in 2004.
From here.
Bradley Manning is not a hero. He is what is called a "traitor", and should be jailed for years for what he did.

Bradley Manning and Julian Assange are certainly traitors to the West.

Is Julian Assange an enemy fighter? Should he be captured or killed? Should he be treated like the traitors Adam Gadahn and Anwar al-Awlaki?

It is not clear that he is not an enemy fighter. 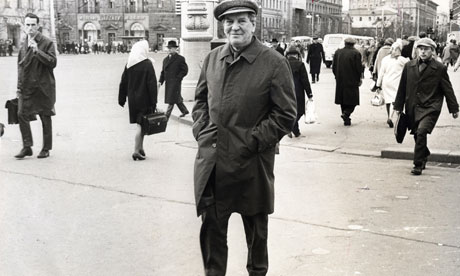 Cold War traitor Kim Philby stuck in Moscow in 1968.
He never got to leave before his death 20 years later in 1988. He never saw the free world again.
Image from here.
I hope Edward Snowden enjoys being stuck in the dictatorship of Russia, a place where he has no vote, no elections and no freedom of speech.
The movie Snowden (2016) by Oliver Stone.
Stone bashes American patriots like the US military. And glorifies American traitors like Snowden.

Manning first contacted Wikileaks in Jan 2010. He started sending them classified information in Feb 2010. The chats are March 2010. Like many criminals, he started confessing for no reason in May 2010. He was arrested in May 2010.

The traitor Manning (dawgnetwork) decides it is up to him to decide what classified information should be public or not.

The traitor wants to do what he can to help free enemy fighters from POW camps.
He was arrested 2 months later, on May 27, 2010.

The traitor claims information "wants" to be free.
So it's not his fault.
The court disagreed. He got 35 years in prison. 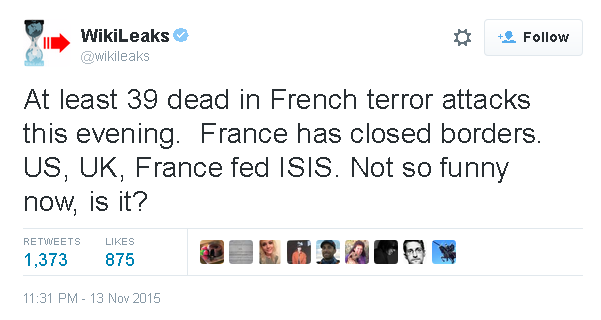 Wikileaks reaction to the Islamic massacre in Paris in Nov 2015.
Wikileaks is a sick organisation run by sick people.