Politics - The modern right - Who would I vote for?

Roughly, I agree with the left on things like religion, secularism, sex, censorship, drugs and liberty.

I agree with the right on economics, foreign policy, and violent crime.

So who would I vote for?

In Ireland right now, I do not know who to vote for.
Once, a centre right person like me would vote for Fine Gael. But look at all the list of things wrong with them now: There is almost nothing to like about them any more.
So how about Fianna Fail, once also a home for the centre right voter?
I liked them under Charlie McCreevy and Bertie Ahern. Their promotion of enterprise was impressive.
But they have gone downhill since. The same things that make Fine Gael unimpressive: Nothing much to recommend them either.
So who is left? Keeping an open mind about these:

No large centre-right party exists. Once it does, I'm back. 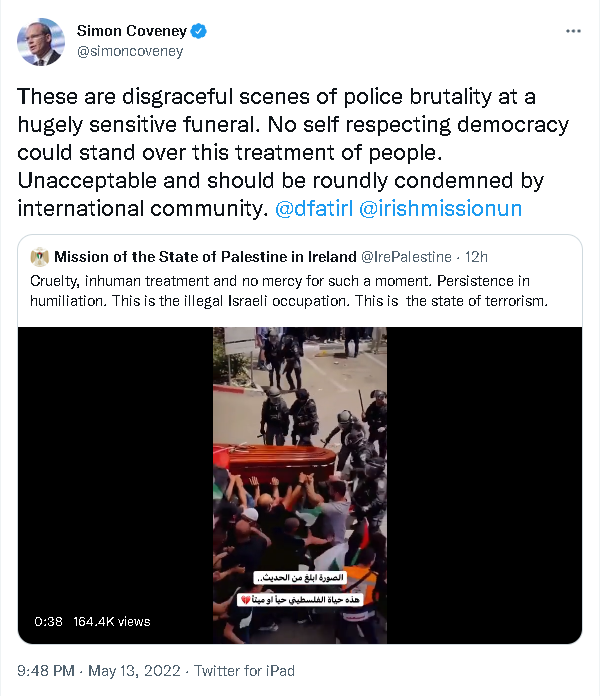 The kind of thing that puts me off Fine Gael:
Simon Coveney, FG Minister for Foreign Affairs, promotes a tweet from a terrorist embassy, 13 May 2022. Utterly shameful.

The best Irish head of government ever

I think Bertie Ahern is the best Taoiseach ever. Far from perfect (e.g. on foreign policy). But, I think, the best Ireland has had to date.

If I ranked the Irish heads of government since 1919, I think I would choose the best: 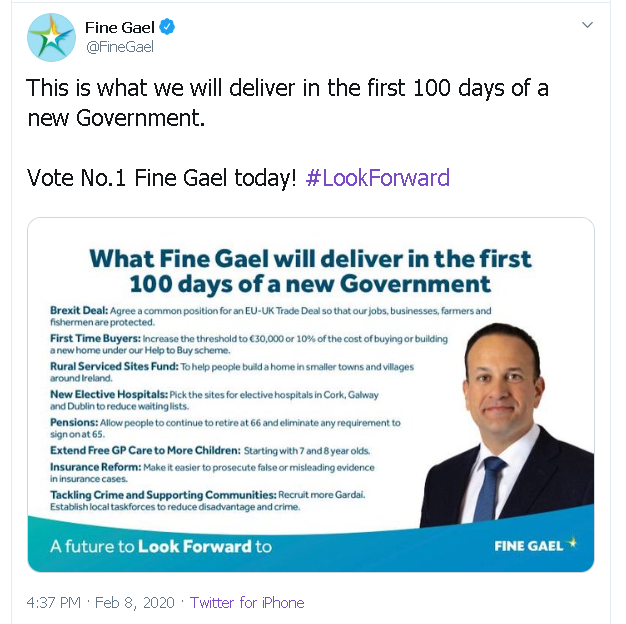 This 2020 chart sums up why I prefer Bertie Ahern to current FF and FG.
These are Fine Gael promises before the 2020 election.
I cannot see the one thing I want, tax cuts, on this list. I see 6 items that require more tax. No tax cuts.
Since this did not work for FG, maybe they should sack this guy and become a party for the taxpayer, the people who get up early.

In the UK right now, I would vote:

The Liberal Democrats sell themselves as centrists, but their foreign policy is often far left.

The kind of thing that puts me off the Tories

An Israel-hater is impressed by Cameron. I am not.

The kind of thing that puts me off Labour


Hilarious compilation of clips from the Labour 2019 party conference.
What a bunch of loonies.
My favourite is the "workers of the world unite" guy.

The best UK and US heads of government ever

I think I would vote for, as best UK and US heads of government ever:

In the US, now that Trump has gone, I would vote: Not these:
Why I would never vote Democrat:
Nine prominent Democrats show why no one who believes in the War on Islamism should vote Democrat.

"Speaking Democrat: A Primer" is a hilarious speech actually delivered in the U.S. House of Representatives by Thad McCotter in June 2008.
The section on "Speaking Global Democrat" allows us finally translate Obama's speeches:

Why I would never vote for the Libertarian Party

The idea of libertarianism is appealing. But the reality of the Libertarian Party is repellent. 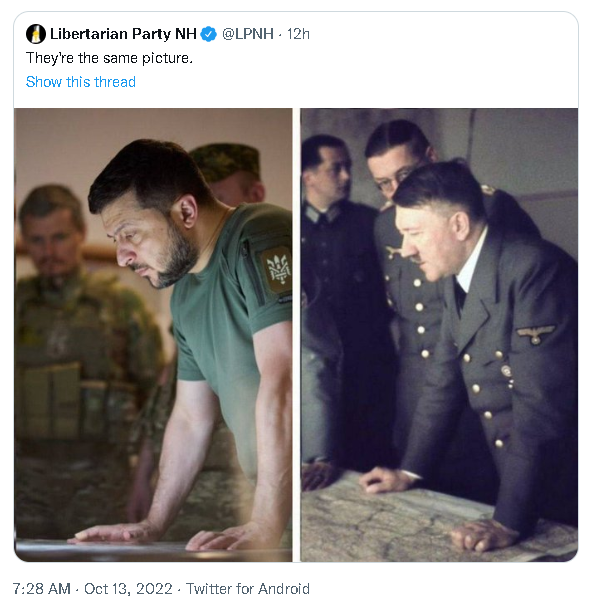 The Libertarian Party of New Hampshire compares Ukraine to Nazi Germany, Oct 2022.
They are so anti-state and "anti-war" that they will spin for the fascist imperialist regime of Russia. 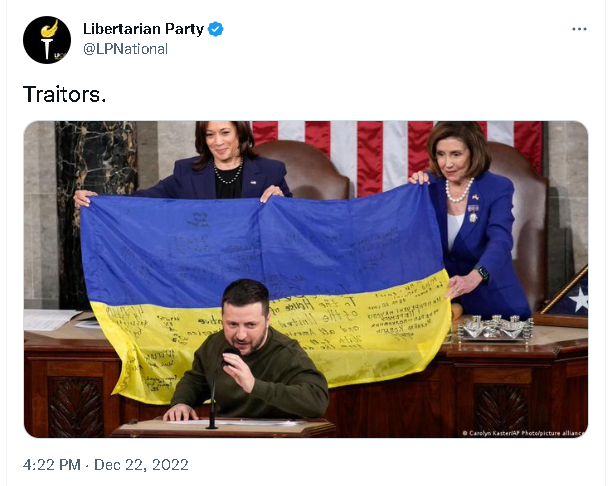 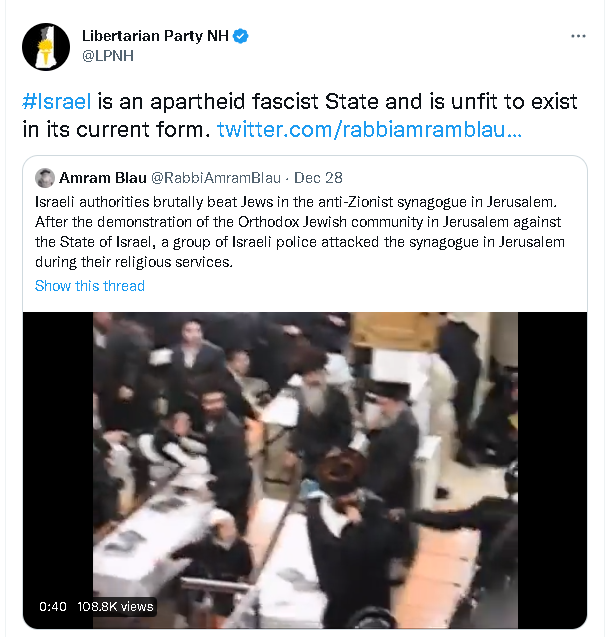 The Libertarian Party may actually be the worst party in America.

By the way, we have no idea what this video is of. No date. No location. No country. It may not be Israel. No link to any news coverage. Source is a random Neturei Karta lunatic. It could be actors. It could be anything.

Voting is not for idealists

Voting is of course not for idealists. You almost always have to choose the lesser of two evils and vote for someone who promotes some policies you hate. I have serious problems with all of the above parties. For all of them, I would be voting for a lesser evil.

My dream party would be: