I agree with the Irish left on civil liberties (for example, the blasphemy law). I disagree with them primarily on the economy, crime, and foreign policy.

I could live with this until the War on Islamism began on Sept 11th 2001, when foreign policy became so much more important. I cannot now support any party that does not support America.

The Green Party makes some sense locally - on preserving old buildings and natural areas. I would support them on things like preserving the Hill of Tara.

But more or less everything they say about science and international issues is wrong. 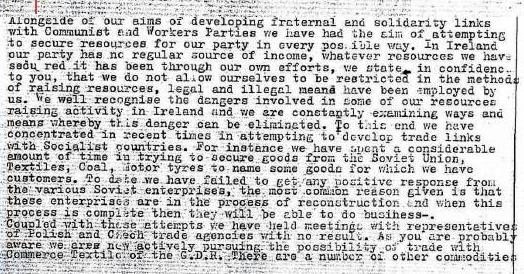 Letter of 26 Feb 1989 from the Workers Party to East Germany, admits they use "illegal" methods of fund-raising.
From Irish Times, 14 Jan 2013. See p.1 and p.4.
See 4 articles.
Even without the reference to "illegal" methods of fund-raising, this letter is just disgusting, and condemns the Workers Party forever. They were the George Galloways of the day - the toadies to dictators. 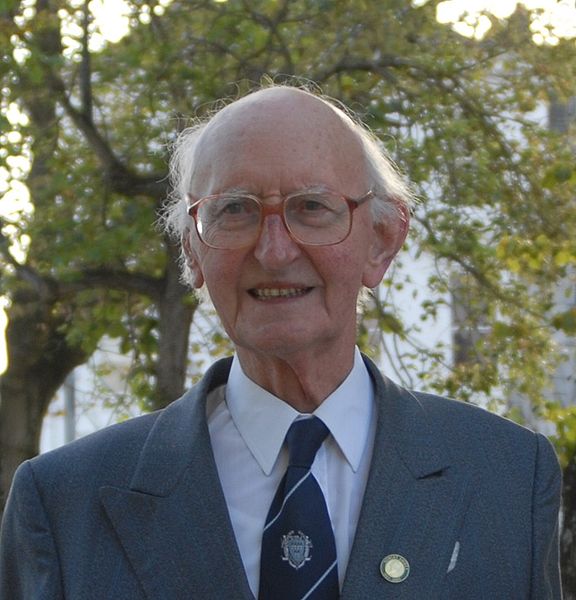 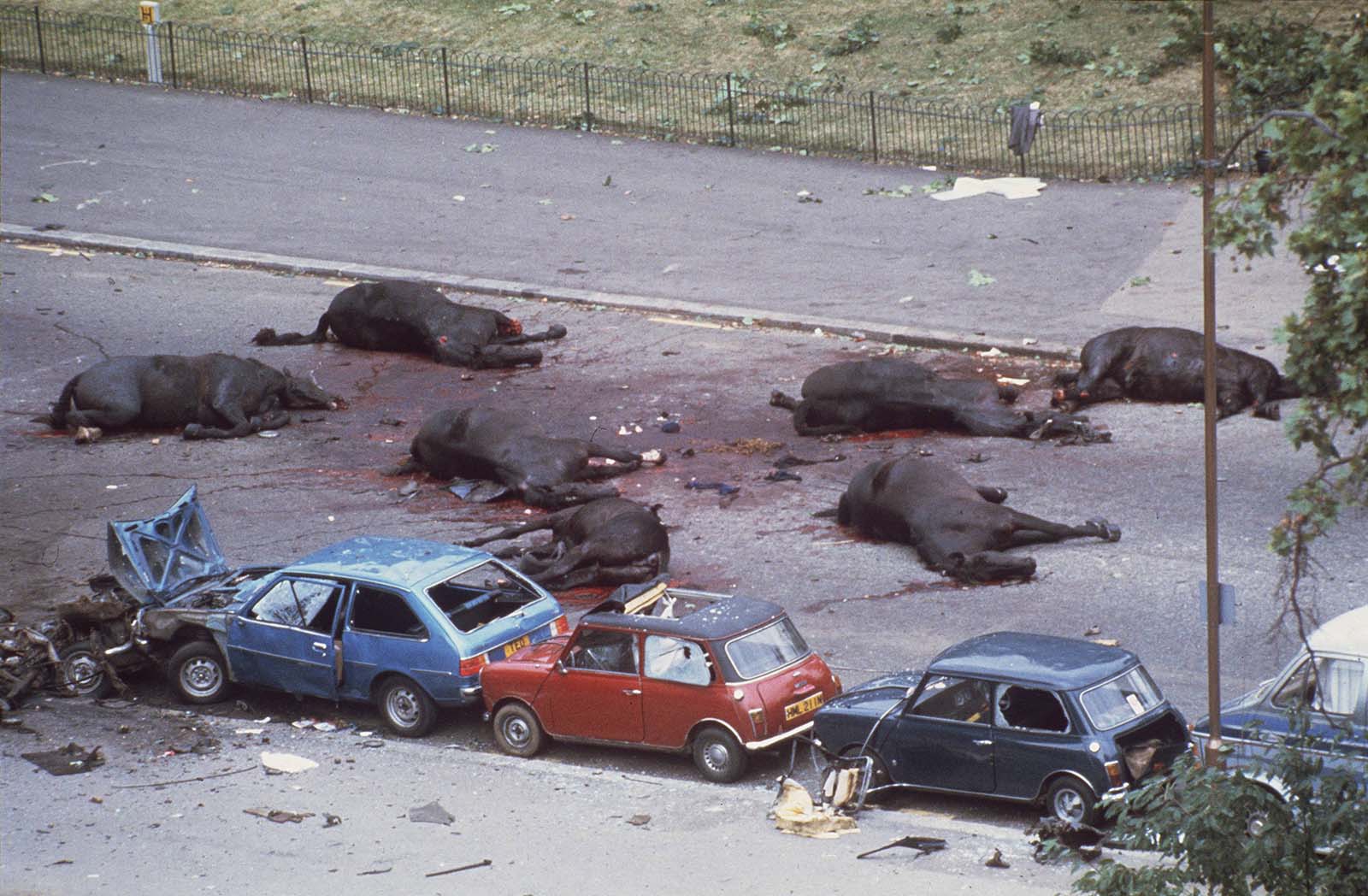 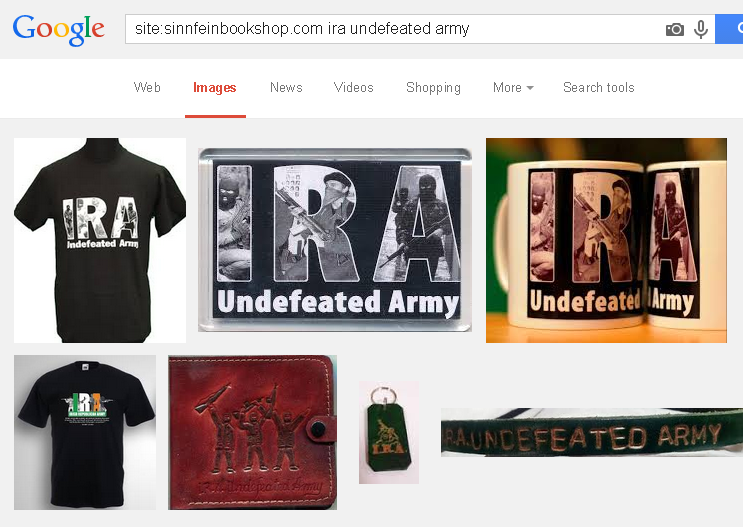 Sinn Fein - IRA
have not killed anyone for: 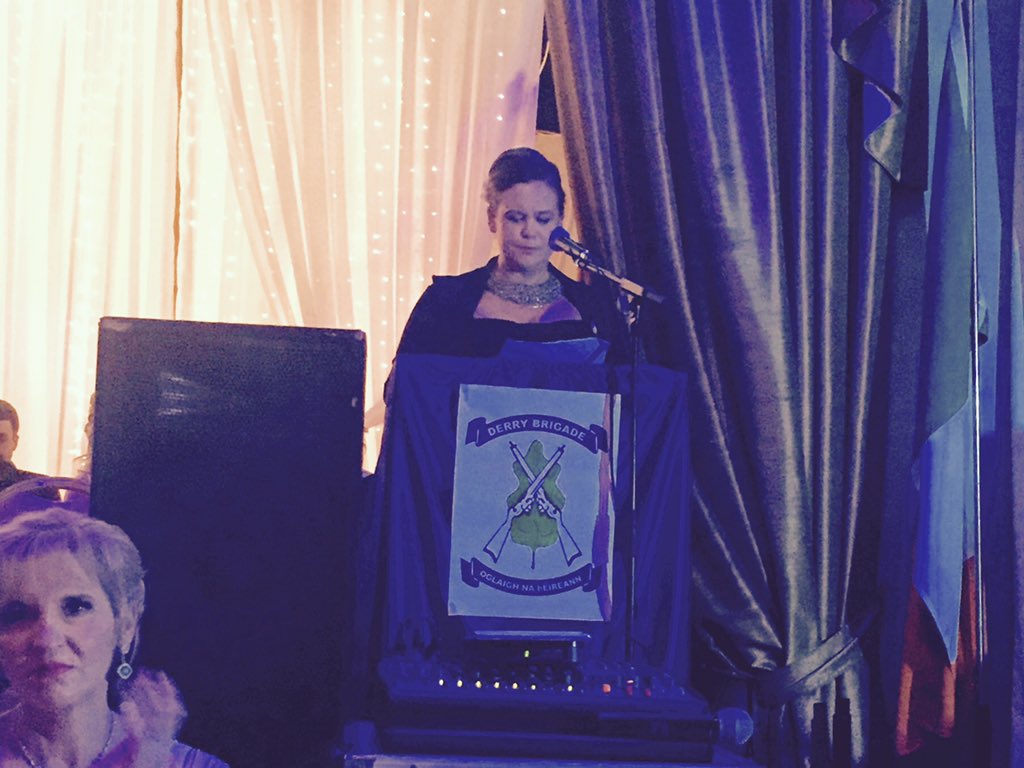 The terrorist party:
Mary Lou McDonald, Nov 13, 2016, posts a picture of herself at a PIRA event.
She says: "Delighted to speak at Derry Volunteers Dance. Very moving occasion for all the families. Honoured to be honoured."
See photo of her at the event, honouring PIRA man Ciaran Fleming, who was killed while engaging in terror activities in 1984. Photo from here.

"Why should I expect any different from a Tánaiste and a Government over this partial-parliament in this little semi-statelet over which he is presiding?"
The mask slips, Mar 2008, and Sinn Fein TD Arthur Morgan shows us what he thinks of the rich, successful Irish republic that he would like to destroy. 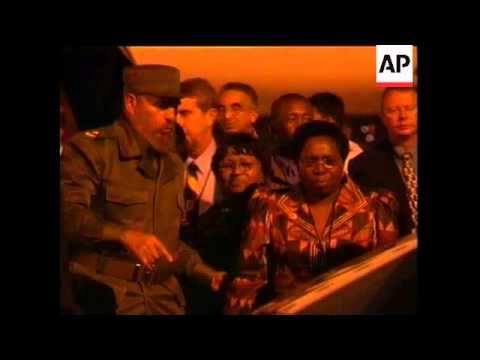 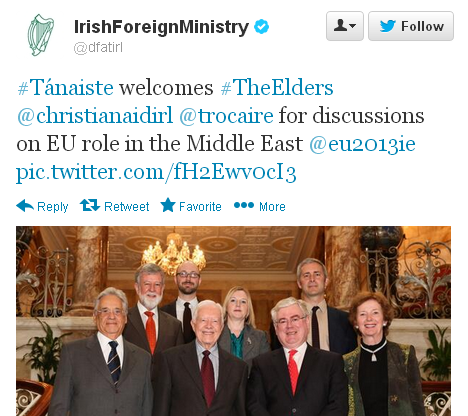 Irish government, May 2013, meets up with Mary Robinson, "The Elders", Christian Aid and Trocaire to hear their appalling left-wing ideas on the Middle East.

How I feel when I see the above.

You don't speak for me, President McAleese.