The U.S. election of 2004 was a great victory over defeatism and surrender.

But it was only a temporary victory, since America chose the path of defeat and surrender in 2008.

People who were serious about the post-9/11 war against the jihad chose Bush in 2004.

I am not American, and I have no vote in America. But if I did, I would vote for George W. Bush.

But we are at war, and the war is more important than all of these issues.

Every Christian, every Jew, every Hindu, every liberal Muslim and every atheist in the world should support Bush. He's fighting for our right to exist in a world that would exterminate us. The Islamic world must adopt freedom and democracy and human rights. Islamism must be defeated.

If Islamism triumphs in the Middle East, the whole world will be threatened. The weak John Kerry shows every indication of allowing this to happen. This is perhaps the most serious US election in modern history. Bush must win.

an unpleasant anti-Bush, anti-Iraq War, anti-military, anti-police, pro-conspiracy theory song by Eminem.
Uneducated moron! Oddly enough, rule by gangs of street thugs doesn't appeal to most people.
The kind of gangsta waster who is impressed by Mosh will be highly unlikely to get organised enough to vote. And that is a good thing.


A healing message to Michael Moore and John Kerry after the election (Glenn Beck's Gloatfest 2004). 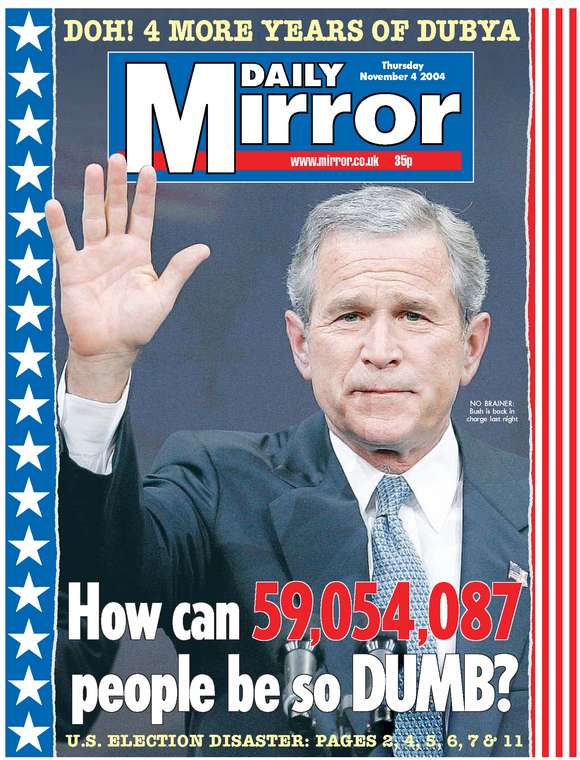 The Daily Mirror is gutted. Ha ha ha ha! What a fantastic day!

Will the Democrats ever win again? 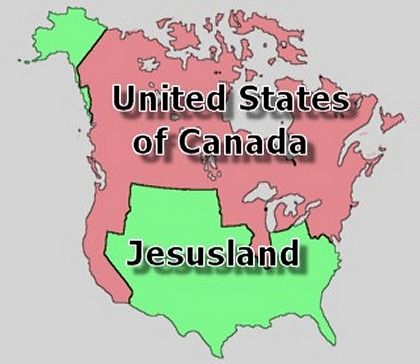 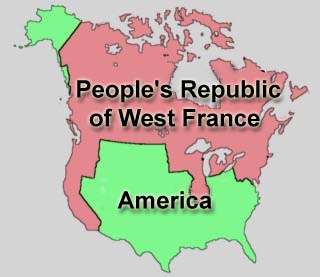 (Left) How the left sees North America now.
(Right) How the right sees it.

The new media lie: "It's all about religion"

The Democrats completely ignored the above advice. They nominated someone who was not serious about the war, and they won.

And he proceeded to lose the war, which is apparently what the American voters wanted.

Bush was in retrospect a bit disappointing.

After 2004, he lost momentum for some time, but then he finally won the Iraq War with the surge. (Obama later threw away this victory.)

Bush failed to take on Iran and Syria. He failed to do anything serious about America's "allies" Pakistan, Egypt and Saudi Arabia.

He was not bad, but he was no Reagan.