Most of my material on censorship in the West has moved to separate pages. 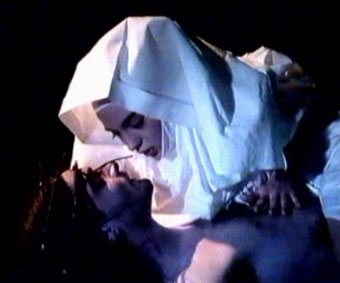 Visions of Ecstasy (1989) was banned for blasphemy.
Search for video and images.

UK can arrest anyone for anything

Censorship of "offensive" speech is rampant in the UK.
In the modern age, the UK can arrest anyone for anything. 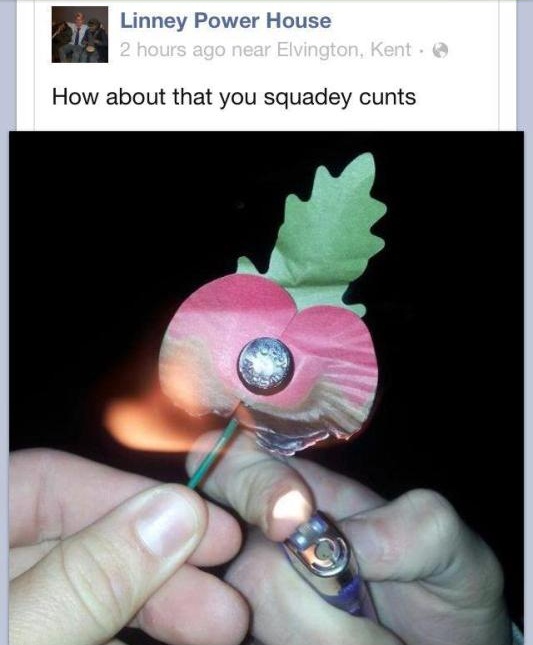 In Nov 2012, some guy called Linford House in Kent burns a poppy and posts it on the Internet.
So what. You know what I think of such people.
But he is then arrested by Kent police!
This is an outrage. Is burning the poppy illegal now? Is burning the Koran illegal? (Yes, it seems.) Is burning the Bible illegal?
Some tasteless people burn an effigy of the Grenfell Tower in Nov 2018, and mock the victims of the Grenfell Tower fire.
Yes, disgusting, but shrug and move on.
Not in 21st century Britain. The police arrested them. Arrested them! For a joke. What an abuse of state power.
The police arrested them under the Public Order Act, 1986, under which almost anybody can be arrested for almost anything.
Is it now a crime to be a twat? Brendan O'Neill, as usual, makes the outraged case for a free society against the mob.

Serving police officer James Watts shared this meme, or a variant of it, mocking George Floyd, in a WhatsApp group chat with colleagues in May-June 2020. And he was prosecuted, convicted and jailed for 20 weeks.
The meme is nasty. No serving officer should be sharing that. But jailing him seems incredible. Are people who celebrate Margaret Thatcher's death jailed? No they are not. He should not be jailed, or even prosecuted. But still nasty.


As a prank, Internet comedian "Count Dankula" (Mark Meechan) taught his girlfriend's dog to become excited by the phrase "Do you want to gas the Jews?" and to make a little Hitler salute.
I actually laughed out loud watching it, since I am a dog person and I have done similar nonsense talk to dogs (minus the Nazi theme).
I thought it was just daft humour, not pro-Nazi at all. But in modern Britain, in the 21st century, Meechan actually got a hate crime conviction for this joke in Mar 2018. In April 2018 he was sentenced. He avoided jail but was fined.
Jesus Christ. I sometimes wonder if Freedom House should downgrade Britain to "Partly Free".
Click to play. See copy. And here.

So are videos like this now illegal in Britain?
This is the trailer of Adolf the Movie (see site) by Walter Moers.

TV and the state

The very fact that you can censor movies in the cinema, on video and on TV only shows how flawed these old media are. TV is simply far too easy to control. Around the world, every dictatorship and oppressor uses state control of TV to spread government lies and suppress the news. Across the unfree world, state TV is the voice of the oppressor, and the spreader of lies, just as Orwell imagined it would be. In the disturbing new world of the Internet, governments everywhere must be longing for the return of TV.


"Always Look on the Bright Side of Life", from the Life of Brian.