The left and Islamism - People who let me down

People who let me down after Sept 11th

I don't feel I have really changed since Sept 11th. I still believe in human rights, free speech and freedom of religion for the whole planet (not just for westerners). And now we are in a war against the fascist enemies of human rights, of course I support that war, just as I would have supported the 1939-45 war.

The left, it seems to me, has betrayed me. I always thought they hated fascism, and would support any war against it. And yet the test came and most of them failed it. It makes me doubt that these people would have supported the Allies in the 1939-45 war either.

There are many people who are against the war who I never really admired. This page is about the people I really admired who let me down. 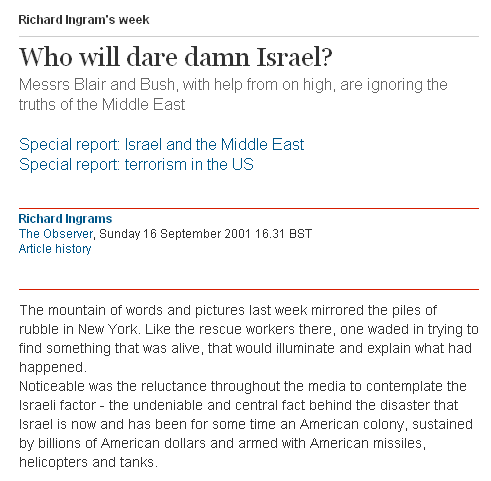 The Observer tries to cram 9/11 into a pre-existing left-wing framework, Sunday 16 September 2001.
Who will dare damn Israel? Every nutter in the world will.
My reaction to this kind of thing was ultimately to leave the left - and to stop buying The Observer.
Note that Richard Ingrams was the Editor of Private Eye from 1963 to 1986. 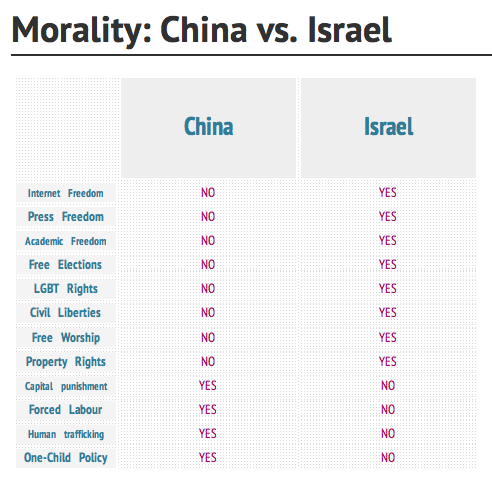 
Neil deGrasse Tyson and his fake Bush quote. Jump to 1:35.
In the same Bush-bashing speech, Tyson also claims that the God "Allah" is the same as the Christian God.
This is completely unscientific. How can two fictional beings be "the same"? Or at least, how can you state as "fact" either way whether two fictional things are "really" the same fictional thing or not. And yet Tyson uses this made-up "fact" to bash Bush as hostile to Islam.

OK I never admired Ted Honderich anyway (or knew anything about him) so he did not "let me down". But I include him here because as a scientist, atheist and "humanist" you would think he would use some logic when it comes to terror. But no. He is an open apologist for Islamic religious terror.

An even funnier theory than Ted Honderich's idea that Bin Laden is angered by African poverty!

Smart scientists with naive politics have a long history. 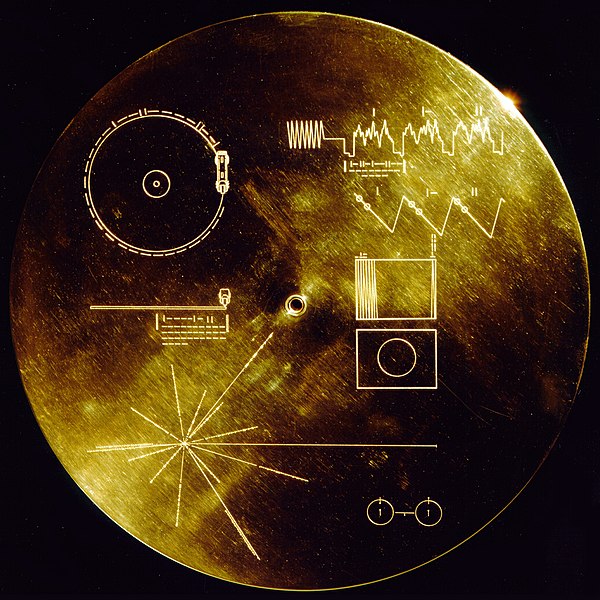 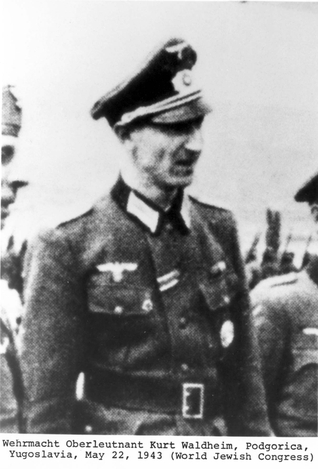 The Voyager Golden Records, sent into space in 1977 by Carl Sagan as a message from earth to the universe, contain a friendly greeting from an actual Nazi, Kurt Waldheim.
Why? Because Carl Sagan's politics made him pick the U.N. Secretary-General to give a greeting.
It almost perfectly sums up humanity to aliens that here was our big chance to explain who we are, and we included a f-cking Nazi on it. Yes that sums us up.

Left-wing Doonesbury cartoon, 20 Apr 2003, on Bush not believing in evolution. (Also sneering at the Iraq War.)
Now I agree it is pretty dumb for any adult not to believe in evolution. And yet I still prefer Bush to Clinton, or (god help us) Obama. The relationship between intelligence and politics is mysterious.
And we know even the anti-Bush types like Doonesbury apply this argument selectively. We know they never gave Carter a hard time for his creationism. And they never cared what grades Obama ever got.


The great John Cleese is a boring Bush-basher too.
This is an interview in Oct 2008.
Apparently after Condoleezza Rice and Colin Powell, Americans need to elect Obama to prove they are not "racist".

These are interesting times. Many formerly sensible people have gone mad:

The Irish Times and the Guardian let me down

After Dawkins' offensively rude letter to Bush, I feel the need to quote a far more pleasant letter from a man who has not changed since the epic, heroic struggle of the Cold War:

and a stunning, and totally unexpected, letter: