The North Korean government is probably the greatest killer of innocents on earth today. The estimates are that it killed up to 3.5 million people in the 1990s famine, and more before and since. This may be the worst state killing on earth since Mao.

The North Korean government should be deposed and its leaders tried for crimes against humanity.

The most evil place on earth.
Hoeryong concentration camp (see also here), North Korea.
Men, women and innocent children are held, tortured and killed here in the 21st century. Human experimentation is carried out on living men, women and children here. Families are gassed as scientists watch. "The parents were vomiting and dying, but till the very last moment they tried to save kids by doing mouth-to-mouth breathing."
Click to toggle map/satellite view. Click to zoom in/out. Drag to move.
From Google Maps.
See also North Korea Uncovered (Google Earth).
When will the armies of the free world come to liberate this place? 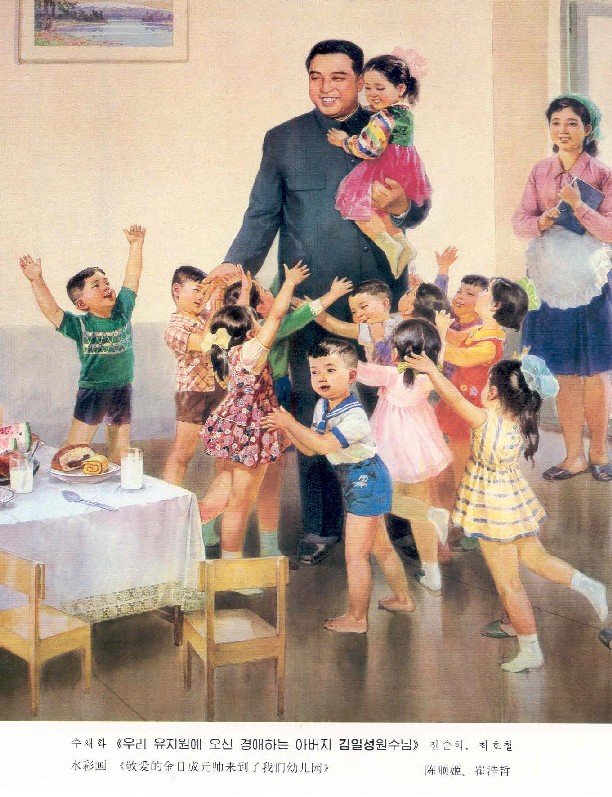 Brainwashed North Koreans weep at the death of their torturer Kim Il Sung in 1994. 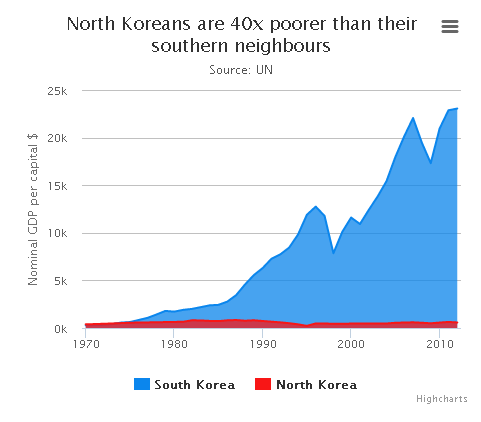 For 50 years, North Korea has been engaged in sporadic military and terrorist attacks on South Korea. 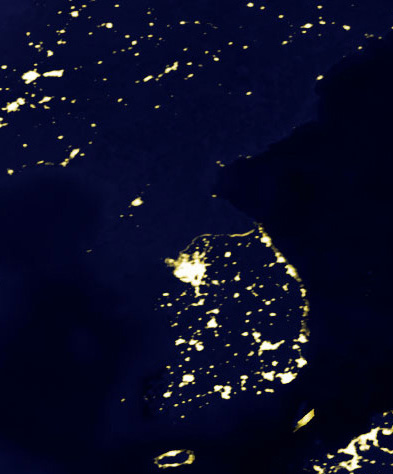 North Korea and South Korea at night.
You can see tyranny above and freedom below, even from space.
From here.
See other image. More here. 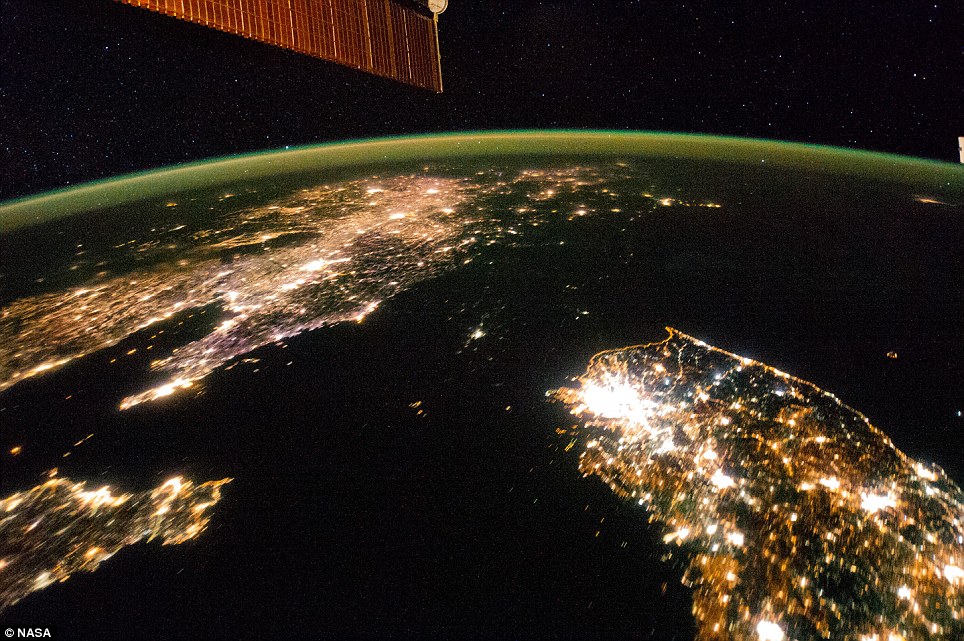 Tyranny can be seen from space.
From here. 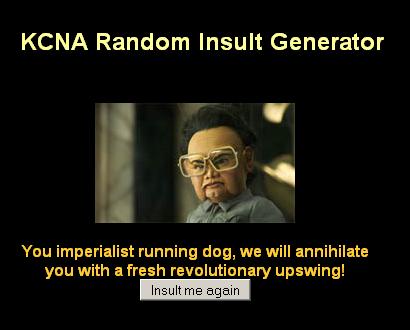 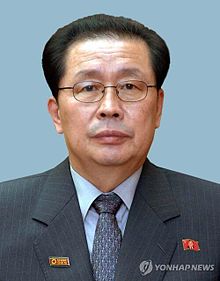 Jang Sung-taek, brother-in-law of Kim Jong-il, partly took over leadership of North Korea as Kim Jong-il was dying.
In Dec 2013, he was abruptly executed by his nephew (Kim Jong-il's son) Kim Jong-un, to consolidate his power.
He was accused of "anti-party, counter-revolutionary factional acts" and was executed on 12 Dec 2013.
Dead right! The imperialist running dog! 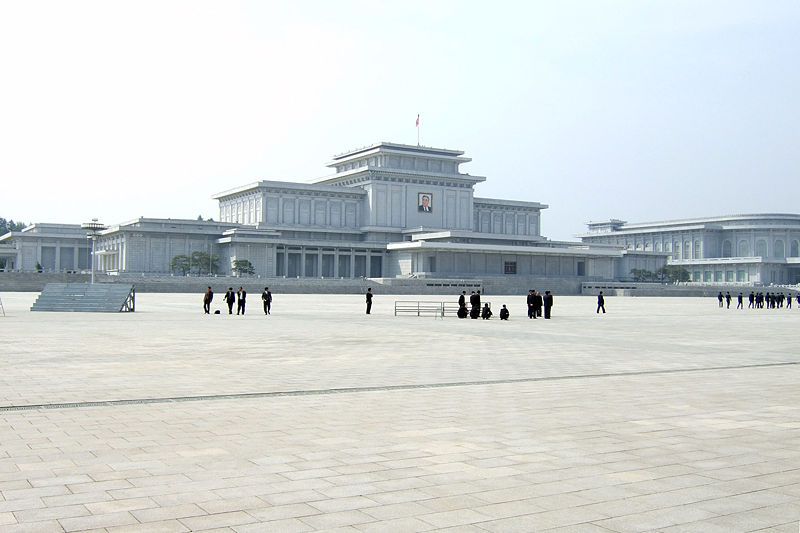 Kim Jong Il Announces Plan To Bring Moon To North Korea (and here).
From The Onion.
Captures this awful regime perfectly.
I love the response of the man in the street: "The plan is perfect. We have already succeeded."

"Tensions Mount After North Korea Destroys All Of Asia."

North Korea carried out a cyberterrorism attack against the USA in 2014 because they were angry about a movie. 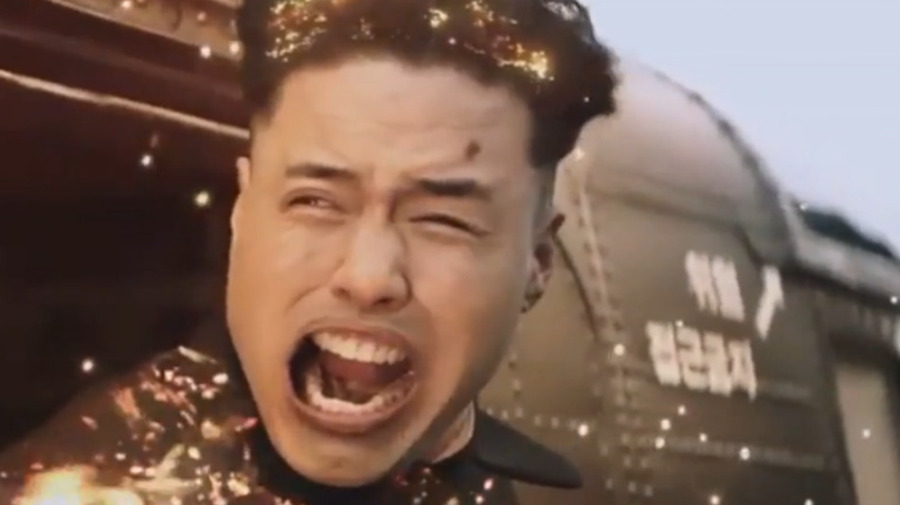 The dictator and butcher Kim Jong-un dies in the film.

Some dreadful black activist called Jamilah Lemieux thinks North Korea is right to be angry.
She says on 17 Dec 2014 that only white people could possibly want to kill a butcher of Asians.
Only white people care about human rights? Really? 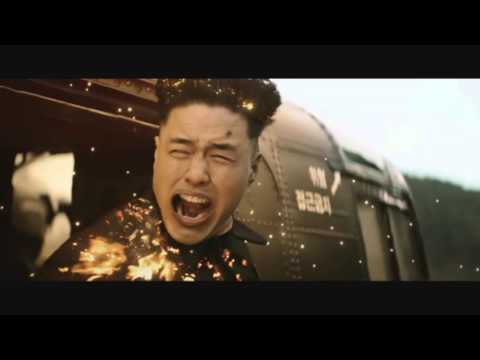