The modern right - The Irish right

The use of the term "right" here is to have a way of referring to these people, in the absence of a better term. The left uses "right-wing" as a pejorative term, but obviously I do not regard it as such. I would be happy to describe myself as somewhere on the "classic liberal" right, for example. I have elements of both left and right in my beliefs.

What this page is about is listing some of the defenders of the West in Ireland - the people who broadly support the democracies against the non-democracies. Whatever this makes them, it makes them not "left". 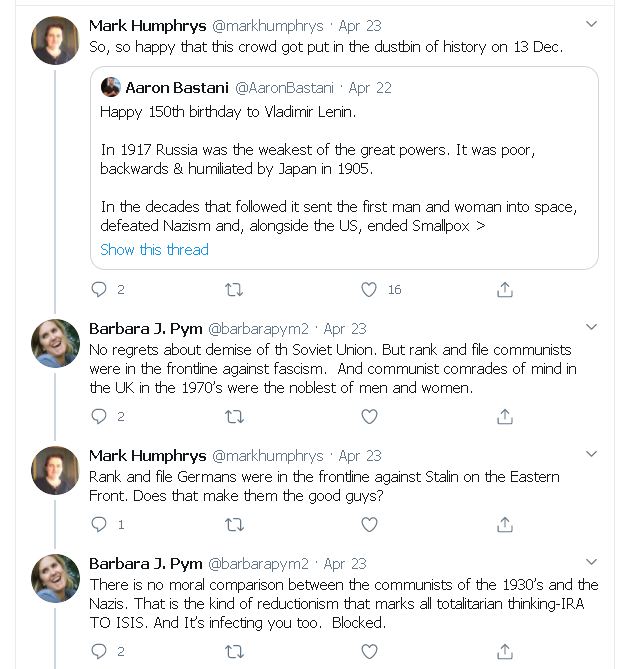 A bizarre exchange that I had in Apr 2020 with "Barbara Pym", an anti-IRA account.
"Barbara Pym" was anti-IRA, but blocked me for being anti-communist. What a strange mixture.
Even more bizarre, in May 2021 it was revealed that the apparently sensible Eoghan Harris was behind the "Barbara Pym" account.

I prefer Ian O'Doherty when he is being serious, rather than when he is trying to be funny.

George Dempsey, former US diplomat in Ireland, is a good critic of the Irish left.

Summary - What can you read in Ireland?

What should someone who is centre-right on foreign policy (anti-jihad, anti-sharia, pro-West, pro-Israel) read in Ireland?