Nigeria is not totally an Islamic state. At least, not yet.

It is half-Christian, half-Islamic. As a result, oppressive sharia law has been introduced in the north, and a brutal Islamic jihad against the Christians rages.

This is pretty much what Islam has done everywhere for 1,400 years.

Good luck to the Christians and the liberal Muslims trying to stop it happening to them. 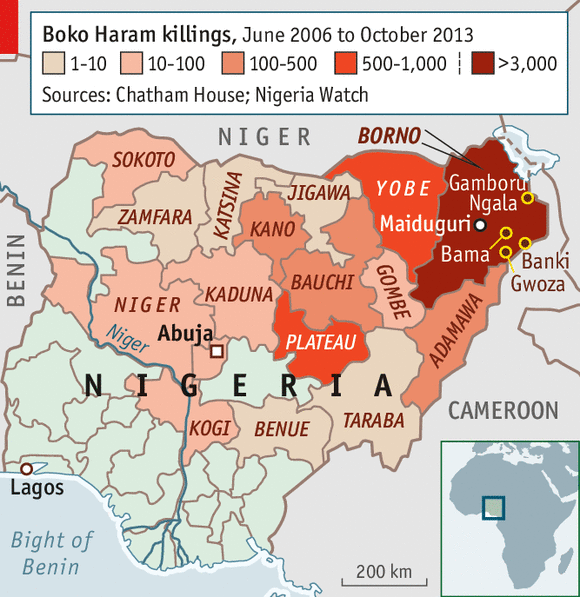 Summary of Islamic slaughter in Nigeria, 2006-13.
From The Economist. 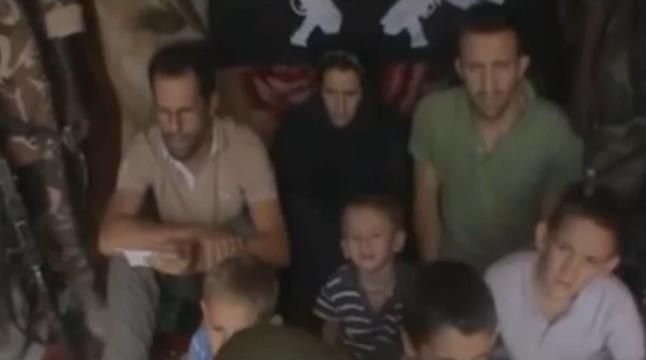 Typical Islamist warfare: No rules. No morality. No honour.
French family, including 4 children, kidnapped by Boko Haram in Cameroon, Feb 2013. Taken across border into Nigeria. The children are aged 5, 8, 10 and 12.
Aren't they the big brave men, holding frightened children at gunpoint and issuing threats to kill the children: "Implement our demands. If you leave out even one, we will kill these people."
Image from video here.
Boko Haram is the same satanic evil as Al Qaeda. The appeal of evil and cruelty and violence to some humans is eternal.
The existence of either group is a stain on humanity.

The April 2014 abduction and rape of schoolgirls

Boko Haram abducted 300 Christian schoolgirls to use for rape in April 2014 - and suddenly the western left paid some attention to the Nigerian jihad.

For some reason, after 5 long years of Boko Haram atrocities, it was this that finally got the western media and the western left interested in Boko Haram. It wasn't even the first time Boko Haram abducted girls to rape.

Creepy use of language in the pro-jihad English paper The Guardian, 29 Apr 2014.
"brides"?
"mass weddings"?
Umm, don't you mean "sex slaves" and "mass rape".
Comment: "Appalling language from the Guardian. Makes it sounds like one big party." 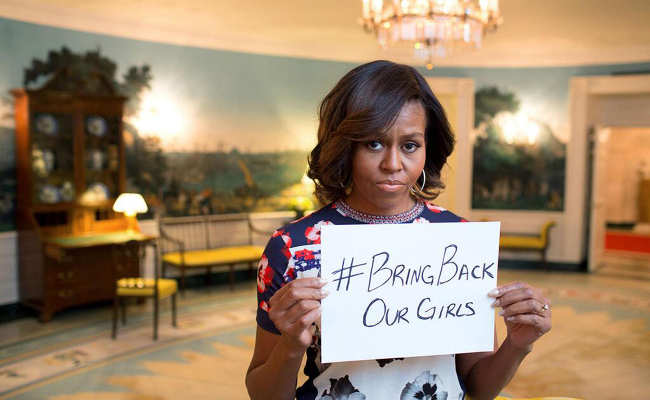 The counterjihad has been covering this story since the start

Leftists, Islamists and the media have been ignoring this story for years:
A search in May 2014 of "Boko Haram" on the Council on American-Islamic Relations (CAIR) site gives 27 results, all about the recent abduction that got media attention.
And now we are meant to believe that CAIR opposes Boko Haram. Yeah, right, they obviously feel strongly about it.
In reality, what they really hate is people who report on Boko Haram and other Islamic violence.
See here.

How I felt when the left suddenly noticed the Nigerian jihad in 2014.

While the West went back to sleep, the jihad massively escalated. Nigeria needs western military support.

The claim that Boko Haram are "un-Islamic"

I'm not sure what the jihadis are fighting for, since Nigeria already has sharia.

Nigeria as a whole is only 54 percent Muslim, 46 percent non-Muslim. But already the north of Nigeria has brutal sharia law. Atheists are arrested. People who leave Islam are arrested. 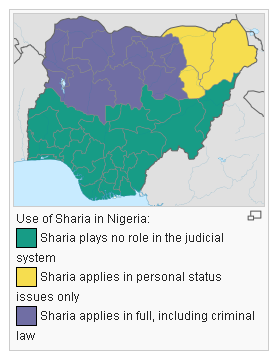 Everywhere it goes, Islam means the oppression of non-Muslims under sharia.
From here.

Boko Haram laid out their plan for total jihad in 2009. You could see it on Jihad Watch if anyone was interested. (But no one was.) They promised to enslave all of Nigeria and kill all its Christians.
"the Southern states, especially the infidel Yoruba, Igbon and Ijaw infidels will be our immediate target. ... We will teach Nigeria a lesson, a very bitter one. ... from the Month of August, we shall carry out series of bombing in Southern and Northern Nigerian cities, beginning with Lagos, Ibadan, Enugu and Port Harcourt. The bombing will not stop until .. Western Civilisation is wiped off from Nigeria. We will not stop until these evil cities are turned into ashes. ... We call on all Northerners [to] join the struggle for Islamic Society that will be corruption free, Sodom free, where security will be guaranteed and there will be peace under Islam. ... ITS EITHER YOU ARE FOR US OR AGAINST US".
Well, that's a hard one.