For various reasons, Ireland is one of the more anti-Israel countries among the Western democracies. But there has been a steady growth in pro-Israel activism in recent years. 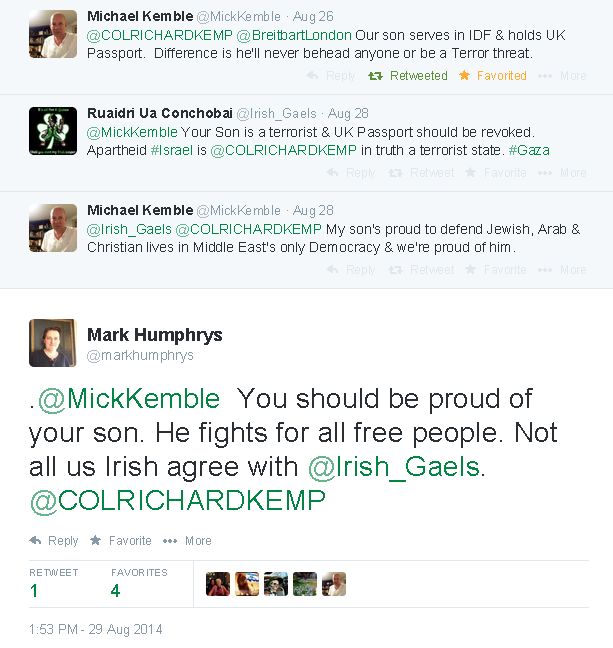 It's important to counter the anti-Israel narrative in Ireland from the likes of "Irish_Gaels" above.
For the sake of Ireland's good name as much as anything else.

There was an Oireachtas Friends of Israel group.
Also called the Oireachtas Ireland-Israel Friendship group.
Its membership was never clear.
It seems (as at 2021) to be reforming.

Joanna Tuffy, 3 Aug 2014, confirmed the group exists and she was a member.

The claimed members of the group as at 2010, according to "Palestine in Irish Politics"

by the anti-Israel group Sadaka.

Leo Varadkar, 5 Aug 2014, says he is not a member.
By May 2018, Varadkar was coming out with boilerplate leftism on Israel.
He is right. He is no friend of Israel.

A small pro-Israel rally was held in Dublin on 25 Nov 2012.
An aggressive number of Israel haters turned up, requiring a massive police presence to stop them attacking the pro-Israel people. 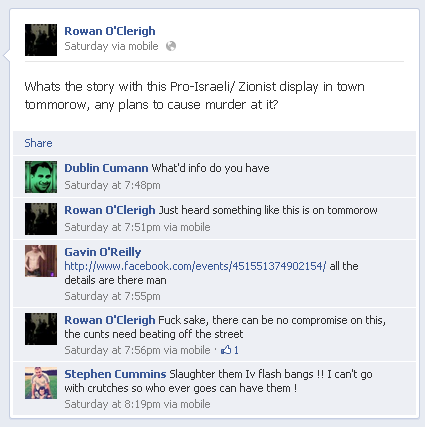 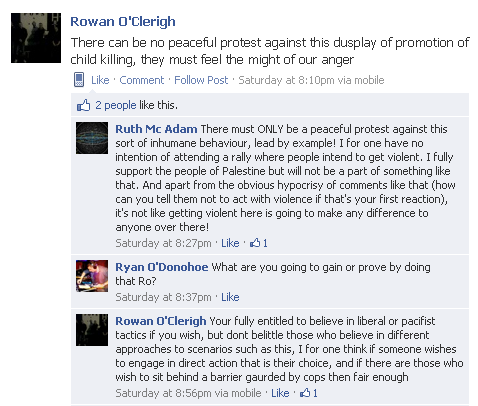 This explains the police presence:
The day before, on 24 Nov 2012, some guy called Rowan Clarke (Rowan O'Clerigh) calls for violence against the pro-Israel rally.
(Left) From his facebook (now deleted).
(Right) From counter-demo page. 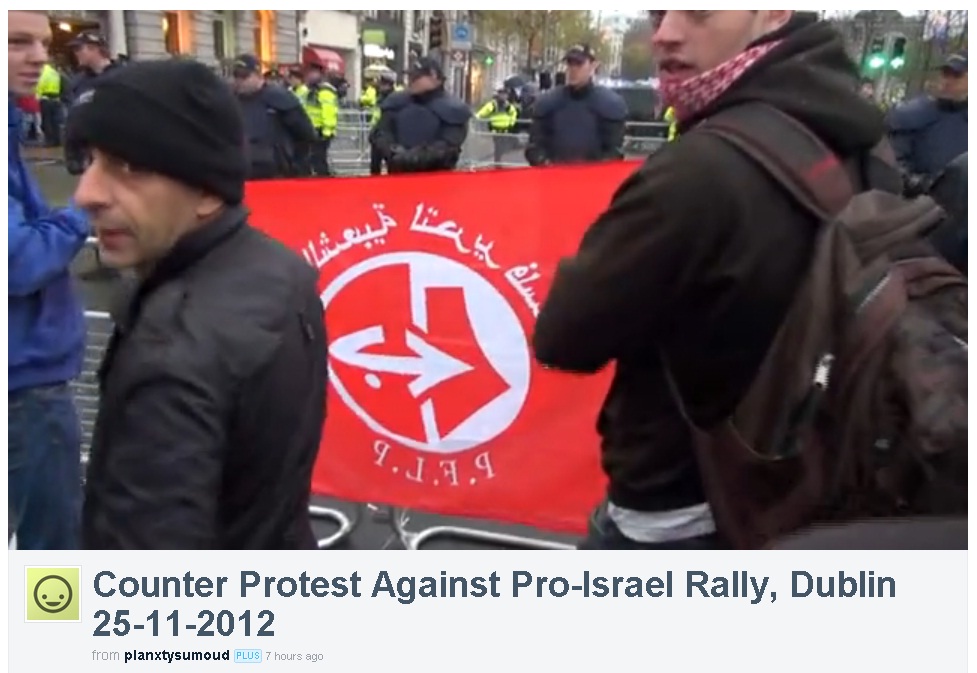 Counter-protesters display the terrorist flag of the PFLP, the home invasion butchers of the Fogel family in Itamar in 2011.
From 11:15 in video here.
There are also eliminationist chants: "From the river to the sea ..."
The guy behind the camera, Tommy Donnellan, is an open supporter of the Palestinian jihad.
See another shot of PFLP flag from here. 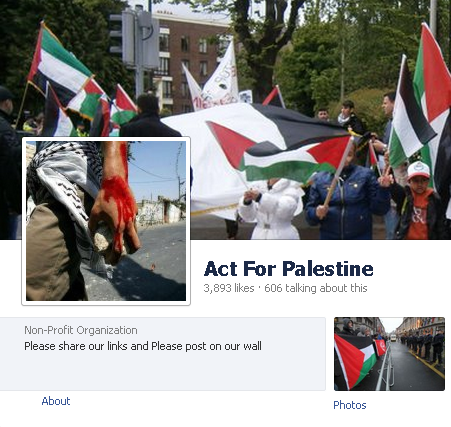 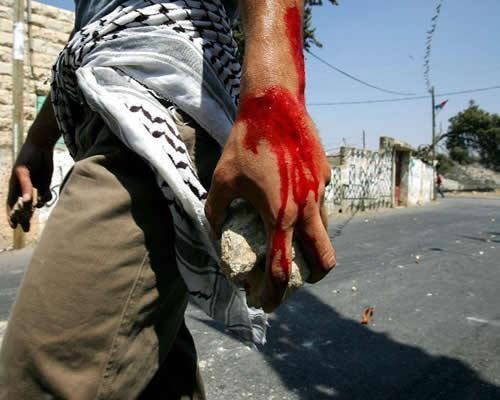 On a brighter note, on the other side of the barricade, Irish politician Richard Humphreys made a great speech at the pro-Israel rally.


I went to the very civilized pro-Israel protest against Mahmoud Abbas' visit to Dublin in 2018.
Protest at Áras an Uachtaráin, 22 Sept 2018.
I speak in this video from the protest.
And here.