I gave a speech at the well-attended pro-Israel rally in Dublin on 30 May 2021.
This was just after the ceasefire in the 2021 Gaza war.
It came after some appalling displays of hatred for Israel on Irish streets and in Irish politics.

Last weekend, at this site, in the pro-Palestinian march, a terrorist flag was flown at this location. And that was the flag of the PFLP. Now the PFLP have been carrying out terrorist massacres for 53 years, since 1968. Suicide bombings, all sorts of other appalling attacks. And their flag was here last weekend.

The slaughter of the Fogel family stands out among recent PFLP attacks. PFLP fighters entered a family home, killed the parents and two children, and then left. And then on their way out, they heard a three-month-old baby crying. And they went back in, to finish off the baby.

So imagine the kind of racist hatred that you need to hear a baby crying and to go back into that house to kill her. And imagine the ignorance that you must need to march behind that flag through Dublin to the Israeli embassy. And that's what we're dealing with. We're dealing with a combination of hatred - but for many people it's just pure ignorance.

And it wasn't a one-off. As you probably know, Hamas flags have been held and carried, and Hezbollah flags, in the streets of Dublin in the last number of years. I think at the last pro-Israeli demo there was a PFLP flag. There were racist chants here at the embassy last weekend.

To the anti-Israel protesters

So I say to the protesters who were marching with terrorist flags and who are cool with racist chants: You've read too little. You're on the wrong side. You need to think more about this complex conflict that's very far away from you. And you should read the other side of the argument, and you should have doubts.

And one reason why you should have doubts, those people who were here last weekend, is: Have a look at the people who are on your side.

These are your allies, people. Not you, obviously! We're addressing the other audience.

These are your allies. Will history say that you were right, and all these awful people were right on this topic? No it will not. It will not say that.

Israel is a democracy

So, let me be positive. The people in Ireland who have decided that they understand this complex faraway situation, take a look at Israel.

Israel is a multicultural liberal democracy. It's probably the only place most of us could live in the Middle East and be free. It has elections. Since 2006, Israel has had 7 general elections. Gaza has had none. And the PA has had none. Since 2006. They don't believe in it.

It has freedom of religion. Jews, Christians and Muslims all worshipping freely. It has freedom of sexuality. It has all these things that the region, that the Middle East badly needs. And despite all of its enemies, and all of the attacks against it, Israel continues to thrive in almost every way in terms of economy and society.

It shows what a Palestinian state could be, if the Palestinians would change their ideas. Because I think, and I think we have to have sympathy for the Palestinians. I believe they are in the grip of an ideology that has ruined their lives, and ruined their parents' lives. And they will not be free and they will not be happy until they change that ideology and adopt a more positive view of the future. And when they do, Israel will be a great friend and neighbour to them.

Why people are anti-Israel

So it is a great mystery as to Why people are anti-Israel. I think there's a vast number of reasons. Obviously antisemitism is up at the top. But it's more complex than that. There are lots of people who see it as some kind of struggle against Western imperialism or something or other. Or a love for revolution and exciting violence. Violence is exciting to many people. There is a deluded belief that Israel's enemies are "oppressed" rather than being, for example, racists.

There's a perfect storm of bad thinking. It infects much of the Irish state, including many of our politicians. But what I want to say is, that what Ireland does mainly disgraces Ireland. Israel will survive, no matter what people in Ireland say.

This rally is important

And I am Irish. So I don't want Ireland to be disgraced. But that is the way I feel, that this is all that it does.

And a rally like this is important because it shows to the Israel-haters in the Dail and the Seanad, not in my name. Not in our name. You don't speak for all of us in Ireland. You speak for yourselves, and for some people, but not for us. And not for this whole country.

We stand with the diverse, multicultural democracy where everybody is free to worship or not worship. And we stand against racist states cleansed of Jews, that also persecute Christians and other minorities. So I stand with Israel and not with Hamas. And so should everybody in my country. And I stand with the flawed imperfect democracy against the jihadists and the racists, and I always will. 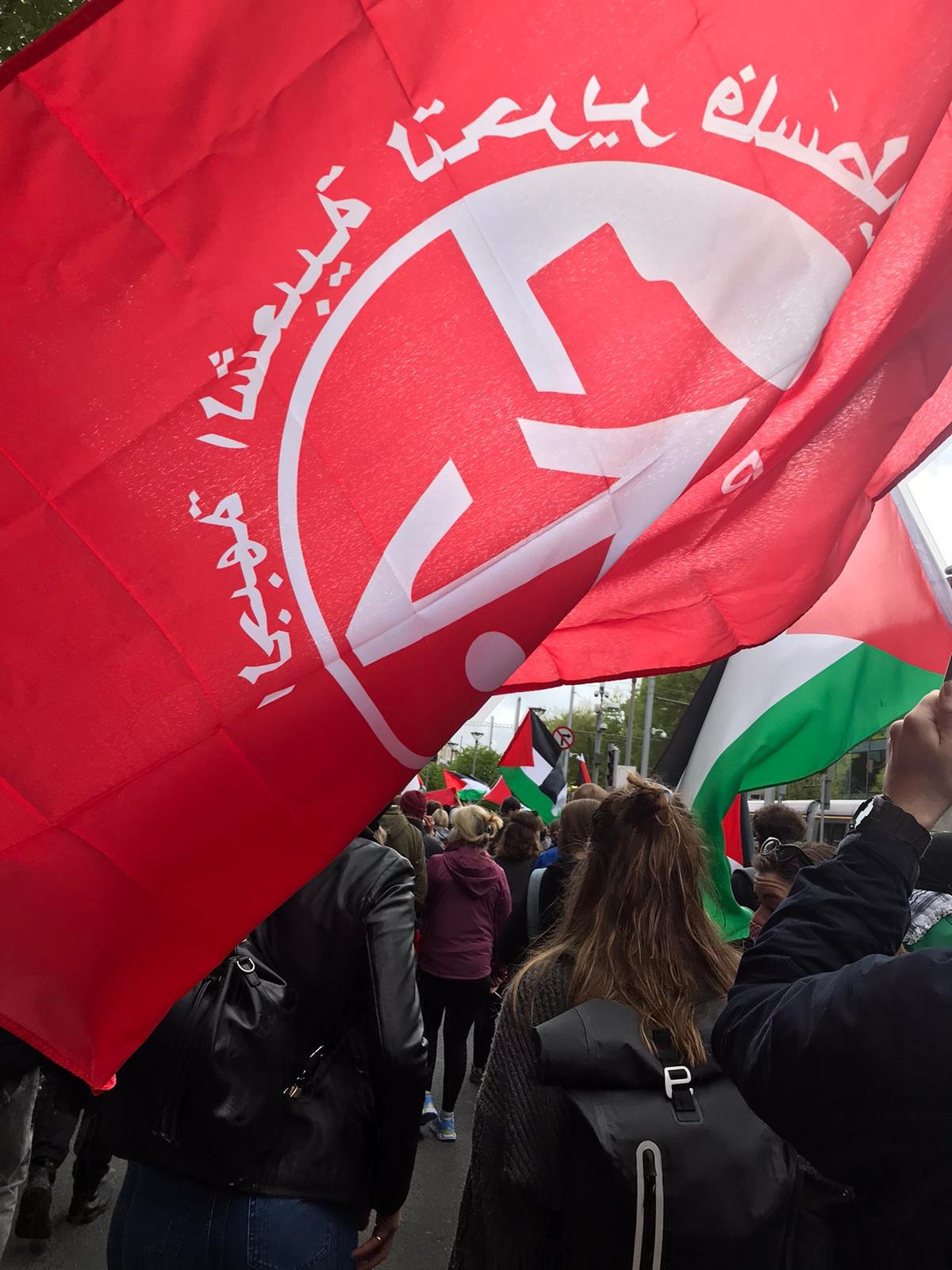 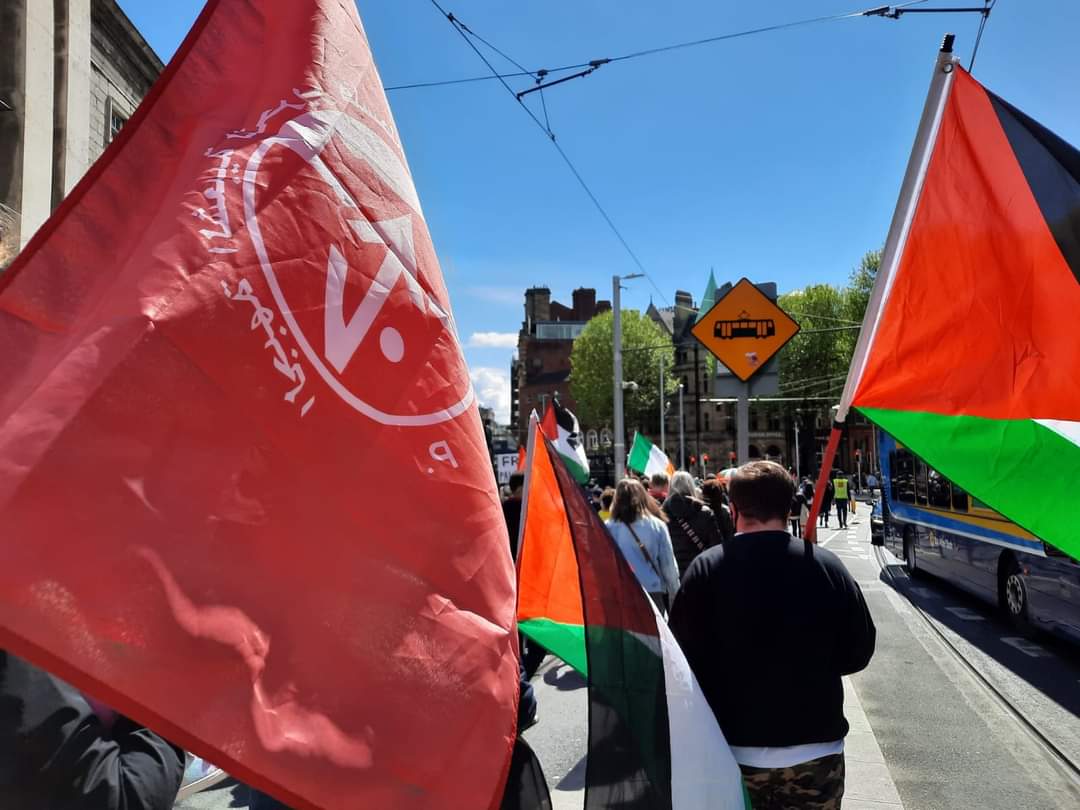 Hundreds have gathered in Dublin for a protest in a bid to end violence against Palestinians that has left over 250 people dead. #PalestiniansLivesMatter pic.twitter.com/clLJFz6wMQ


"From the Liffey to the flats, Israel is a bunch of rats".
Racist chant at anti-Israel march in Dublin, 22 May 2021.
From the Irish Mirror. And other video.
It is fascinating that the bigoted Irish newspaper, the Irish Mirror, did not even notice the racist chants.
What the people are chanting is confirmed here and here and here.

Irishman regrets not being able to carry out a terrorist attack on the pro-Israel rally. 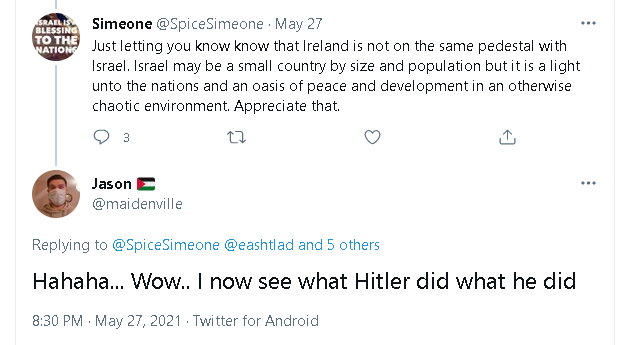 He is a Nazi-sympathising antisemite.
In response to an Israeli criticising Ireland, he declares: "I now see [why] Hitler did what he did".