Cinema and the war - List of movie "bad guys"

The bad guys are never Islamists: List of movie "bad guys" since 9/11

Movies since 9/11 in which the bad guys are Islamists


Terrorists attack a western city with a nuclear weapon, in The Sum Of All Fears (2002).
Terrorists? What sort of terrorists?
Why, some kind of European "neo-Nazis" of course! But of course.
What useless pee-cee drivel. Not to mention that the star, right-on leftist Ben Affleck, is the complete opposite of counter-jihad hero Jack Ryan. 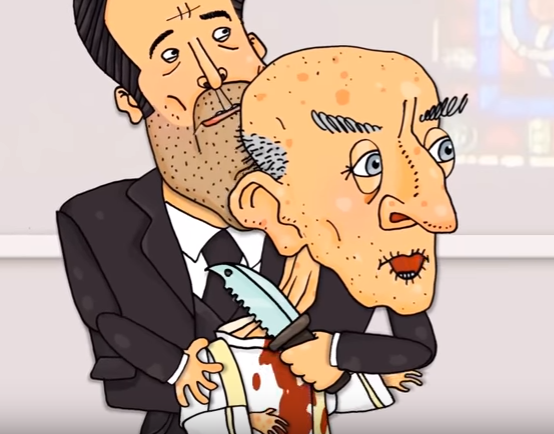 Ben Affleck is no Jack Ryan.
He knows literally nothing about Islam, but defends it anyway. He says criticism of Islam is racist.
Here he is depicted "helping out" by cutting a priest's throat in "Truck of Peace: Best Part of My Day" by the satirist SyeTenAtheist.


Terrorists bomb civilians on a public bus in a western city, in The Interpreter (2005).
Terrorists? What sort of terrorists?
Why, ones from the fictional central African country of "Matobo" of course! But of course.
Search for copies.

Terrorists bomb a bus in Russia in real life, Oct 2013, killing 6 and injuring many.
Oddly, they weren't Africans from Matobo.
They were Islamic terrorists.

"The book is awesome. Maybe someday someone will make it into a film."
Cracking comment on the useless movie of The Sum Of All Fears.