Cinema and the war - Movies supportive of the war - Reviews

Here are gathered some longer reviews of movies that are in some way supportive (or seen by some as supportive) of the war against Islamist tyranny.

There are short reviews of more films on the Movies supportive of the war page.

American Sniper (2014, general release 2015). The first movie since the Iraq War started in 2003 to depict how the Iraqi enemy fights. It only took 12 years!

Maybe in 12 years time we'll get another one.


Trailer for American Sniper.
It is one of the very few films ever to show the moral decisions that Allied and Israeli soldiers have to make in fighting against the sneaky, dishonourable, war criminal, jihad.

I quote Chris Kyle on my website in March 2012 (before he died).

The first serious movie since 9/11 to have Islamic terrorists attack the UK. It only took 11 years!


Trailer for the flawed but interesting Cleanskin (2012).

Great scene in Four Lions at a university debate, where two angry Muslims complain about being profiled as terrorists. Of course, both of them are terrorists!
This reminds me of the BBC program "Don't Panic, I'm Islamic", where some of those featured complaining of fear of Islam turned out to be Islamic terrorists!

One of the idiots in Four Lions compromises their mission by bringing a (drugged up) girl home, with a house full of bomb-making gear on display. One of the gang orders him to kill her. He doesn't want to. The other one says, in a brilliant summation of Islamist ideology towards women: "Oh what, you can fuck her but you can't kill her? What's wrong with you?"

Genius: The jihadis communicate via cartoon avatars on a website called "Puffin Party".

A strange film. It is hinted that the bad guys are Islamists, but never confirmed.

The first fictional movie since 9/11 in which the bad guys are the modern Islamists.

The first decent movie about the war since 9/11. 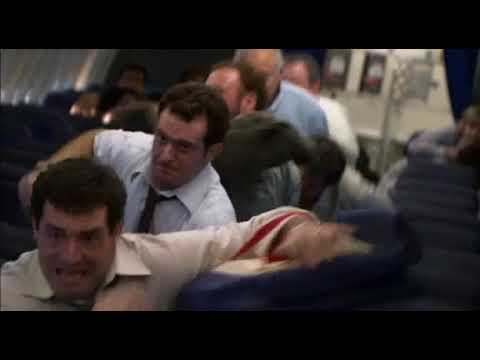 The first real movie since 9/11 where the bad guys are Islamists.

This was a crap movie.
Good things:

at the end of Team America: World Police.
"We're dicks! ... And Kim Jong Il is an asshole. ... But dicks also fuck assholes. Assholes who just want to shit on everything. ... I don't know much in this crazy, crazy world, but I do know that if you don't let us fuck this asshole ..."
Such delicious disrespect to a real-life living murderer.