In favour of capitalism

The basic problem of economics - How can we make our country prosperous? - was solved long ago, in the 18th century, by Adam Smith and other thinkers of the Enlightenment. Yet some people, all these years later, still don't believe it.

Economic freedom (capitalism, property rights), intellectual freedom (science and technology) and self-interest makes societies prosperous. Strong, utopian government leads to unemployment, poverty, emigration and famine. This has been repeatedly demonstrated in practice in countries all over the world. Yet ignorant thinkers continue to resist these ideas even today. 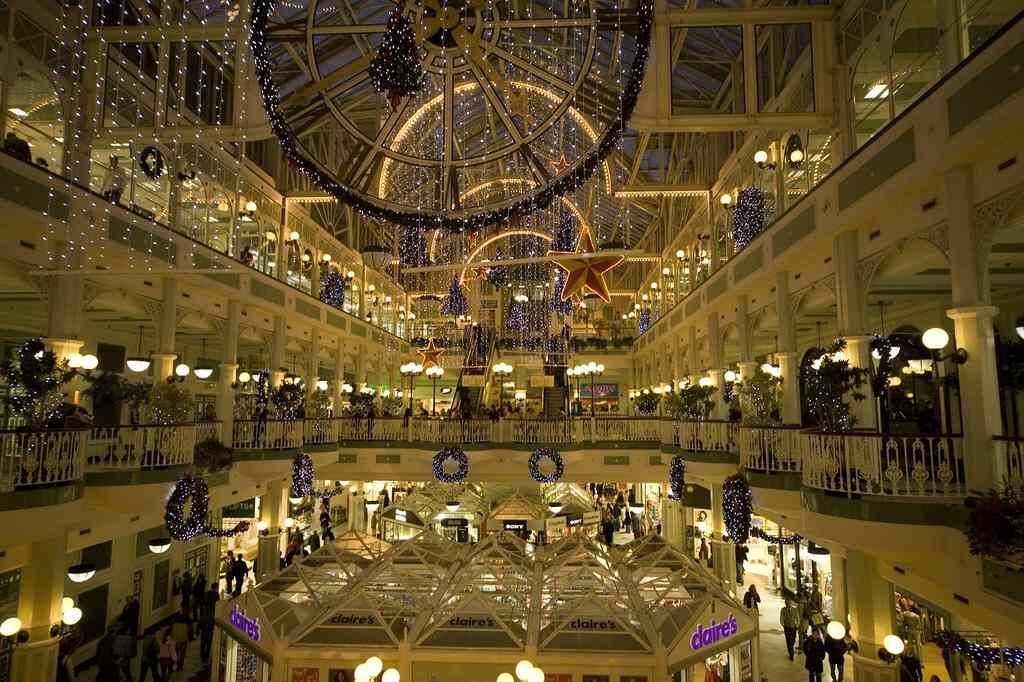 Christmas in a western shopping centre.
Hi-tech phones and glossy books and cafes and mulled wine.
Whereas the lot of humanity for most of its history has been starvation and terror.
Some people think the above is "vulgar capitalism", distasteful and repellent. But only someone who is already rich and free could think that way.
While I personally prefer the urban street to shopping centres, and while any particular shop or display may aesthetically offend me, overall capitalism has liberated us, not oppressed us, and we should be grateful every day for the well-ordered free market and property rights that have delivered all these wonderful goods to us. We are lucky, and we should be happy and grateful.
See full size. Image from here. See terms of use.

"Free Trade: The Great Prosperity Machine".
Free trade creates wealth and promotes world peace.
The kind of video that should be shown in schools, instead of rubbish like The Story of Stuff.

Capitalism doesn't just make countries rich, while socialism makes them poor. We all know that. It's old news. But there is more: Capitalism is morally superior. 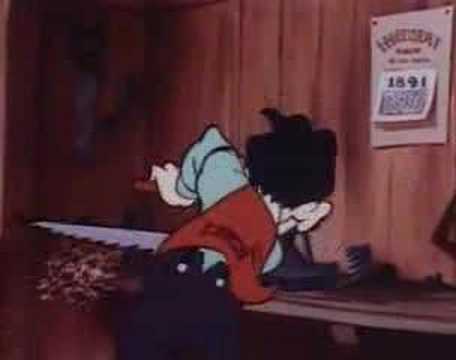 "Make Mine Freedom", a simple cartoon from 1948 about why capitalism is morally superior to communism.
The kind of video that should be shown in schools, instead of rubbish like The Story of Stuff. 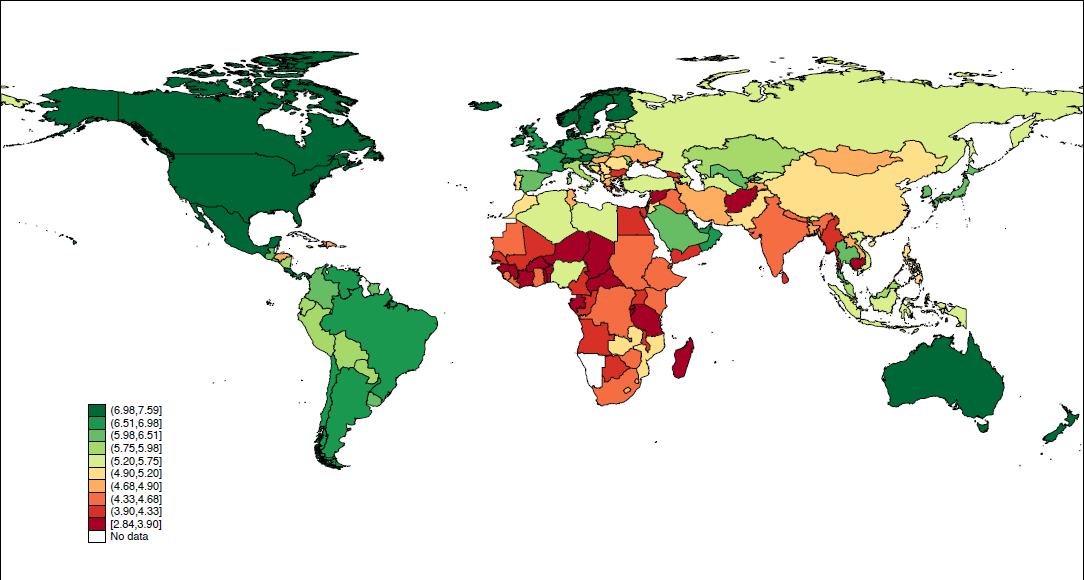 Wealth is good: The rich countries are the happiest ones.
Happiness by country. From the 2015 World Happiness Report.
Also (statistically): Western values make you happy. Eastern values, Islamic values and traditional cultures do not make people happy. 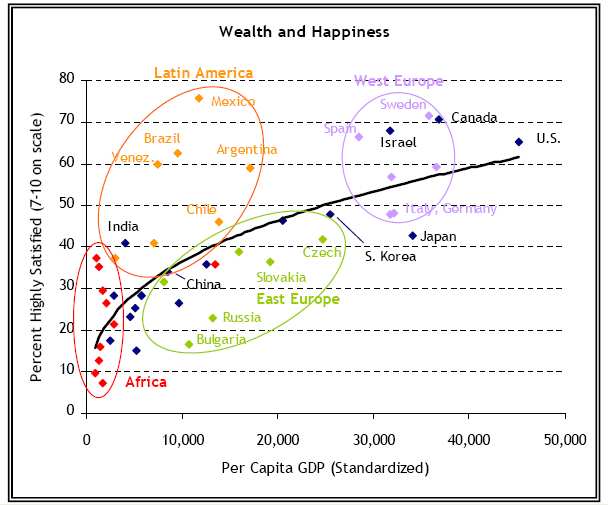 The correlation between money and happiness.
From Pew Survey, July 2007.

If it is true that wealth is good, and poverty is bad, then who is actually ending poverty and creating wealth?

The fact is that the right is the friend of the poor. The left is the enemy of the poor: 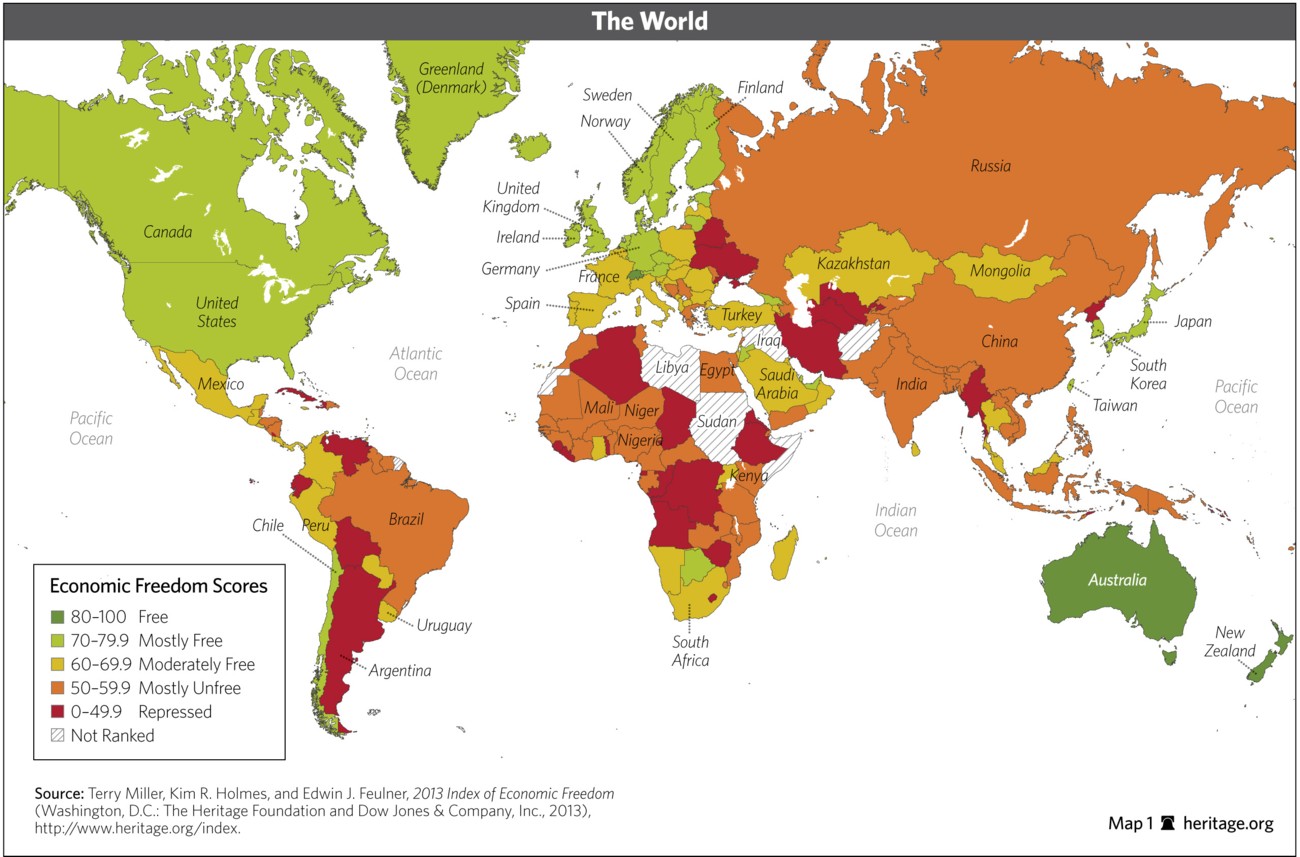 Economic Freedom of the World, 2008.
From here.

Ease of Doing Business Index, 2006.
Green nations rank higher, red nations lower.
Africa is poor because governments in Africa make it hard to set up a business there.
From here.

Other rankings of economies

If you want your country to be prosperous, the most logical thing to do is the following. Forget ideology. Forget your pre-conceptions. Simply look at the countries high on this list, and do what they do. 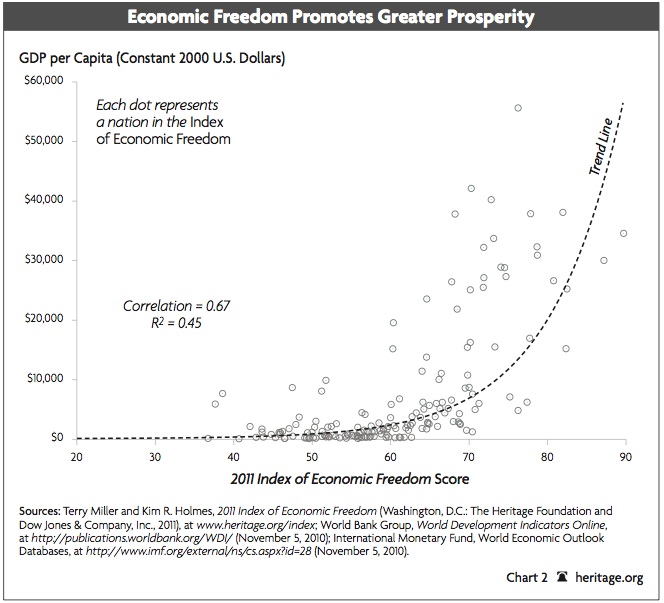 Economic freedom and GDP per capita.
From 2011 Index of Economic Freedom. 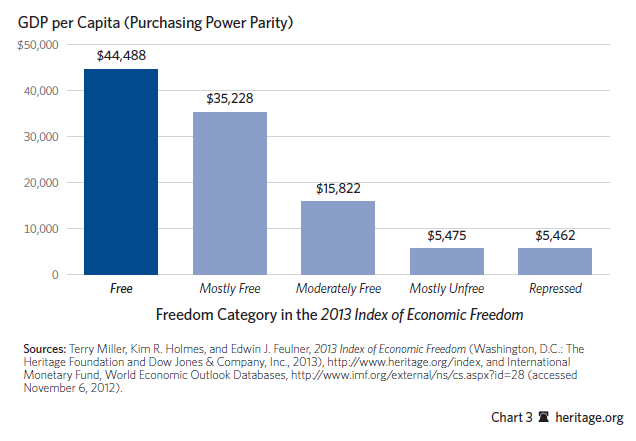 Economic freedom and GDP per capita.
From 2013 Index of Economic Freedom.
See also 2002 chart from Robert A. Lawson. 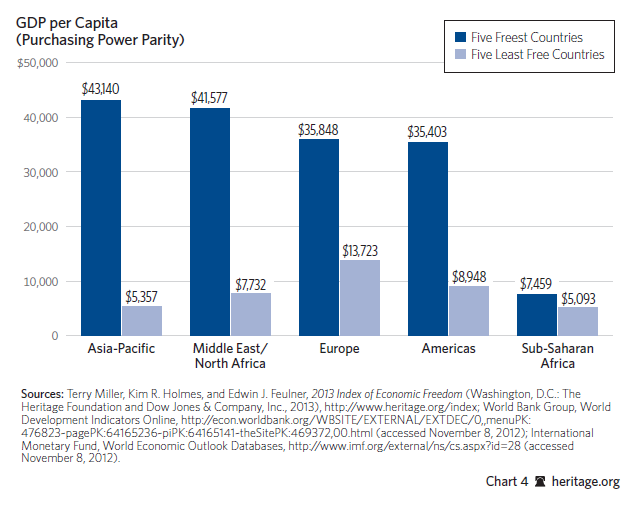 Economic freedom and GDP per capita, by region.
From 2013 Index of Economic Freedom. 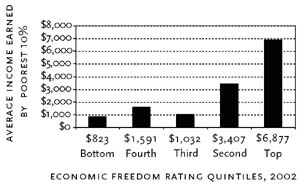 Economic freedom and the wealth of the poorest 10 percent.
2002 figures. From Robert A. Lawson. 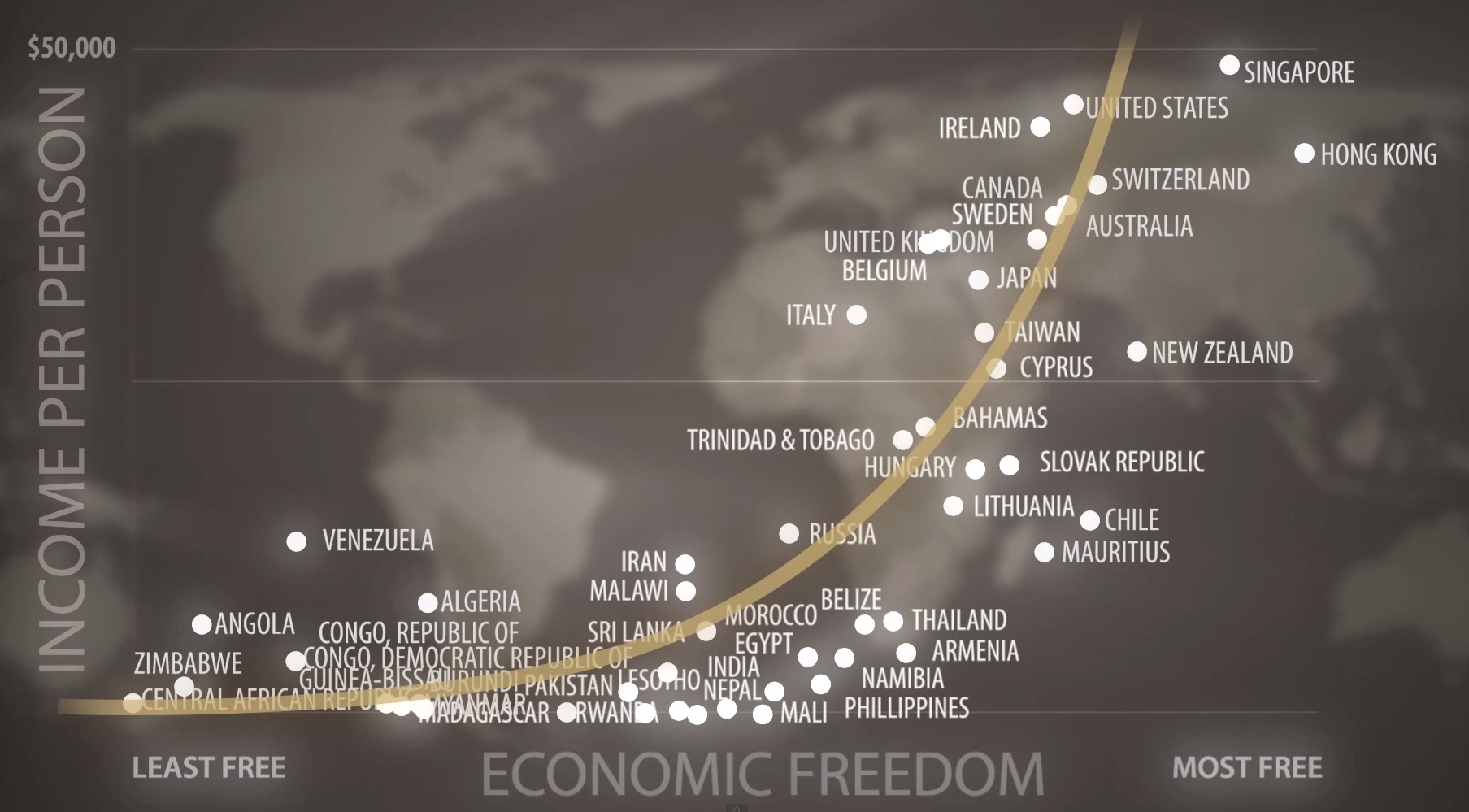 The graph above showing country names.

You should be happy and grateful


"Everything's Amazing and Nobody's Happy".
Louis C.K. on how people don't appreciate the wonderful world that capitalism and science has delivered for us.
And search. 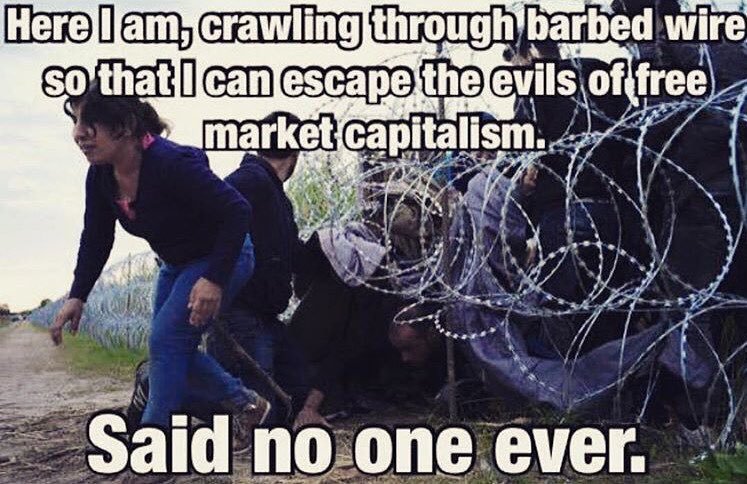 "The great revolution of the twentieth century will turn out to be the liberal revolution - by 1970 it was already patently obvious that the socialist revolution had failed everywhere."
- Jean-Francois Revel.

"In the past five hundred years, perhaps in all history, there has only been one genuinely successful revolution - one that delivered on its promises for a better world, based on the principles of freedom, equality, enterprise and endeavour; one that actually succeeded, despite the acknowledged imperfection of some of its outcomes. ... It was the American Revolution of 1776. That's the only one that has ever really worked."
- Rob Foot, The New Anti-Semitism?

"in the long violent saga of mankind we have rarely done anything as benign as going shopping, rarely devised anything as socially advantageous as property rights and the rule of law, rarely enriched the poor or enhanced lives as we did by creating capitalism."
- Daniel Finkelstein on those who criticise capitalism.