Graham Linehan created Father Ted, my vote for the greatest Irish comedy of all time.
So it was disappointing when I first saw him on Twitter. He was a woke leftist with confident and appalling ideas.
Later, in 2020, he was cancelled by his former leftist friends.
He then went on a journey. He ended up apologising for some of his former behaviour.

Graham Linehan, being a leftist who knows nothing about Israel, is excited by Michael D. Higgins' performance in his debate on Israel against Michael Graham. He is impressed by Higgins' ignorant anti-Israel bullshit.
From here in Aug 2012. 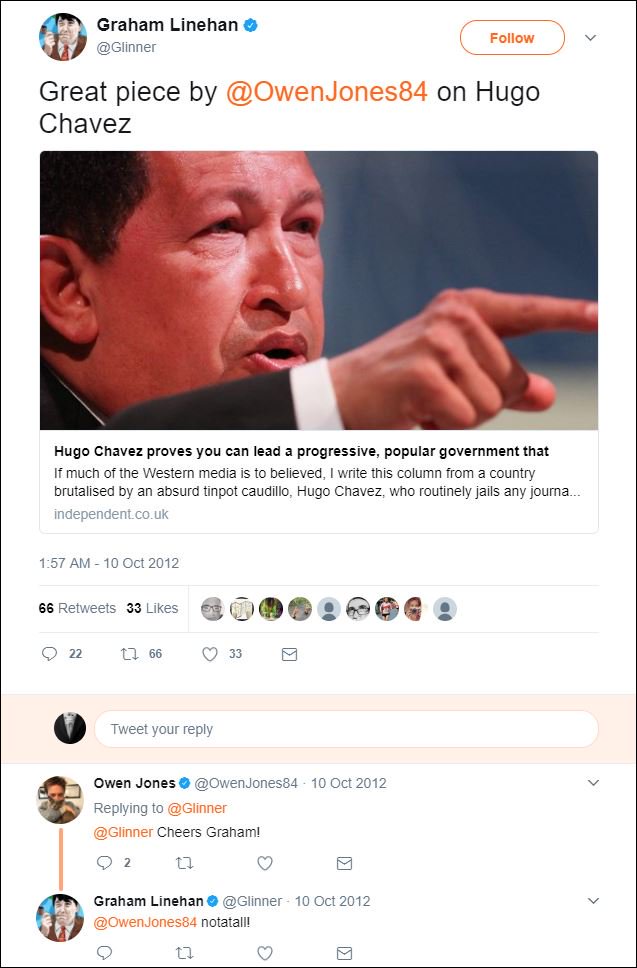 In Dec 2016, I had a personal encounter with Linehan. I ended up trying to get him to condemn Hamas. Incredibly, he would not.

This encounter happened in response to a hideous article by Nesrine Malik in the Guardian on 11 Dec 2016, complaining that the media gives a platform to Nigel Farage.
I'm not sure what's wrong with Farage. Leftists don't like him I guess. They're often the same people who defend giving platforms to genuine extremists like Jeremy Corbyn and Ken Livingstone and George Galloway. 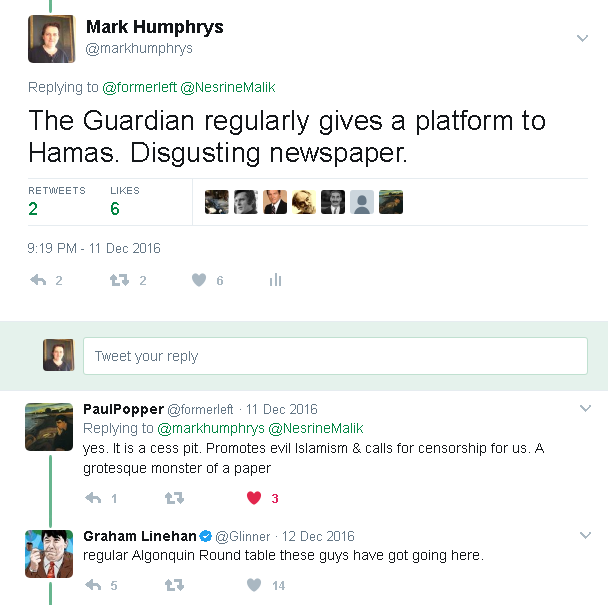 I point out that the Guardian regularly publishes Hamas.
Graham Linehan somehow joins the thread. 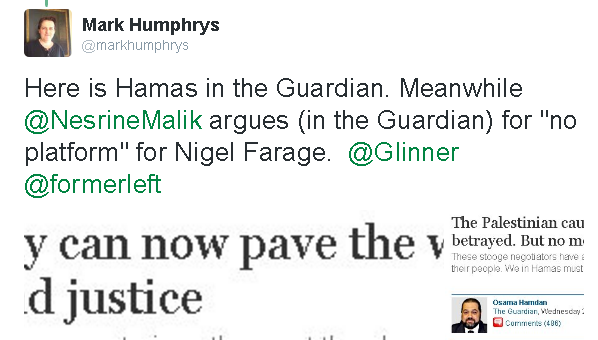 I give more details about the Guardian publishing Hamas, and the bizarre double standards.
Surely lefties could at least agree that Hamas is worse than Farage?

Many people hate their normal parliamentary opponents more than they hate actual genocidal dictators and terrorist killers.
Such people are not serious. 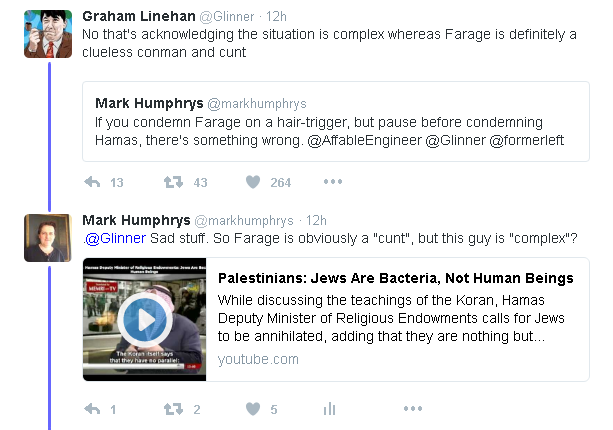 I thought Linehan would say something like: "I hate Farage, but of course I also hate Hamas, who are jihadi scum".
But much to my surprise, he didn't. Despite being asked repeatedly by multiple people, he refused to condemn Hamas. He declared Farage was a "cunt" and a "racist", but when asked to condemn actual racists (who say Jews are bacteria) he said it was "complex".

He then suggested there is something wrong with being anti-jihad.
Yes he actually said this. What an idiot.
He never condemned Hamas, or jihad. He tried to change the subject a few times and then asked me to untag him.
Incredible stuff. How sorry I am to have seen this. 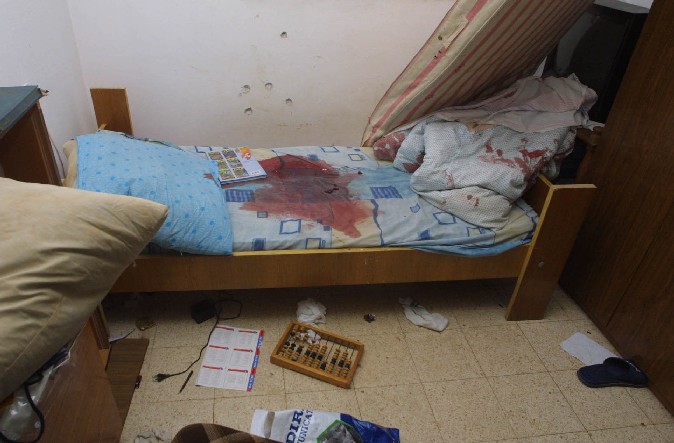 Hamas came into the Shefi family bedroom in April 2002.
At point blank range, they shot a 5 year old child dead. They also shot her 4 year old brother.
These were not errors. The Shefi children were the targets.
Graham Linehan has no problem condemning a democratic politician he doesn't like, but he finds it too "complex" to condemn Hamas.

"Count Dankula" is a comedian who was, incredibly, prosecuted in the UK for a Nazi joke in 2018.
Also incredibly, Linehan supported his cancellation/prosecution for a Nazi joke.
This is despite the fact that Linehan himself made Nazi jokes. 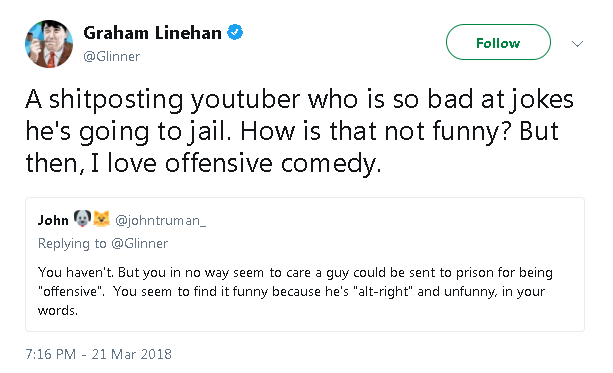 Linehan furiously attacked "Count Dankula" and anyone who supported him.
This is despite the fact that Linehan himself made Nazi jokes.

Nazi jokes in Father Ted episode in 1998.
Despite himself making Nazi jokes, the co-author of Father Ted, Graham Linehan, decided "Count Dankula" should be cancelled for his Nazi joke. 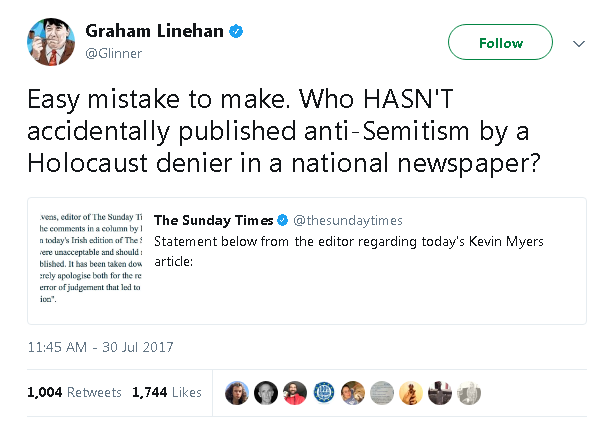 Linehan loved cancelling people.
Here he joins the vile cancel mob against Kevin Myers in 2017, with this foul libel.
Shame on Linehan.


After being cancelled, Linehan became disillusioned with the woke mob.
He ended up producing this impressive video in 2022: An apology to Count Dankula for his former behaviour. Well done.

He needs to apologise to Kevin Myers now.