Like state-run BBC in the UK, state-run RTE in Ireland spins the news to the soft left on the taxpayers' money.
"Generic BBC America Correspondent" is a hilarious 2010 satire slagging off the BBC for its sanctimonious bias against the Republicans in the US.
But it also works as satire of RTE or the Irish Times. They are just like this too.

Olivia O'Leary is pure RTE.
Gushing over our appalling leftie President Michael D. Higgins on his election, in this patronising radio piece of 1 Nov 2011.
Sneering at Bertie Ahern and the Celtic Tiger.
Intensely, intensely annoying.
What is funny here is how she took a photoshop of the Dundrum floods as a real sign.
(The photoshop was apparently made by Suzanne Sheridan using this road sign generator.)

Israel and the jihad

RTE sells the centre-left line on Israel and the jihad, whether the taxpayer agrees with that line or not. 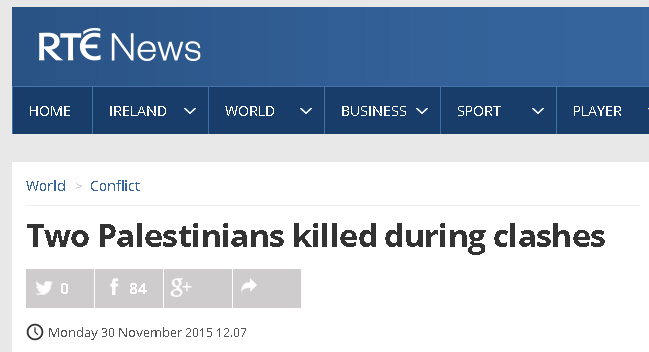 Outrageous RTE headline of 30 Nov 2015.
One Palestinian stabs an Israeli policeman in the neck.
Another Palestinian, a convicted Jew-stabbing terrorist, throws firebombs at Israeli police.
And what is RTE's headline? "Two Palestinians killed during clashes". Absolute disgrace.

of the lifelong supporter of communist and Islamist tyranny, George Galloway, RTE, 29 September 2006.
No hard questions about Galloway's endless statements in support of the violent enemies of the West.
Though at least Pat Kenny allows Eamon Delaney to provide a lone voice of sanity.
From here.

Michael Heney, journalist on Prime Time, RTE TV, June 2003, claims that Israel is the main cause of the Islamic jihad raging across the world. And I am forced by my tax to pay for this left-wing Chomskyite analysis.
The sane person being interviewed by the crazy person is Danielle Pletka of the American Enterprise Institute. 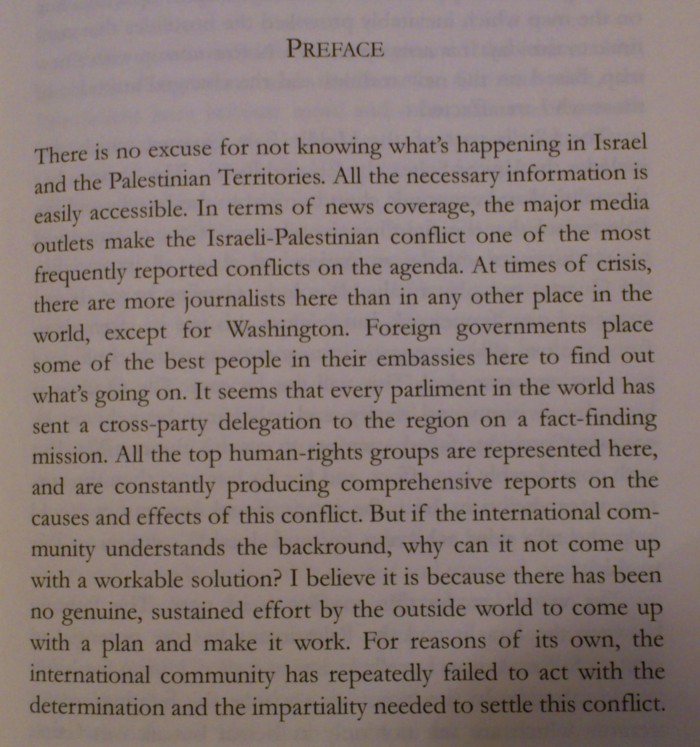 The very first page of Richard Crowley's book No Man's Land: Dispatches from the Middle East (2007) loses me.
He lost me once he said "impartiality".
The world should not be impartial between an open liberal democracy and thuggish tribal totalitarians.
It should support the liberal democracy. 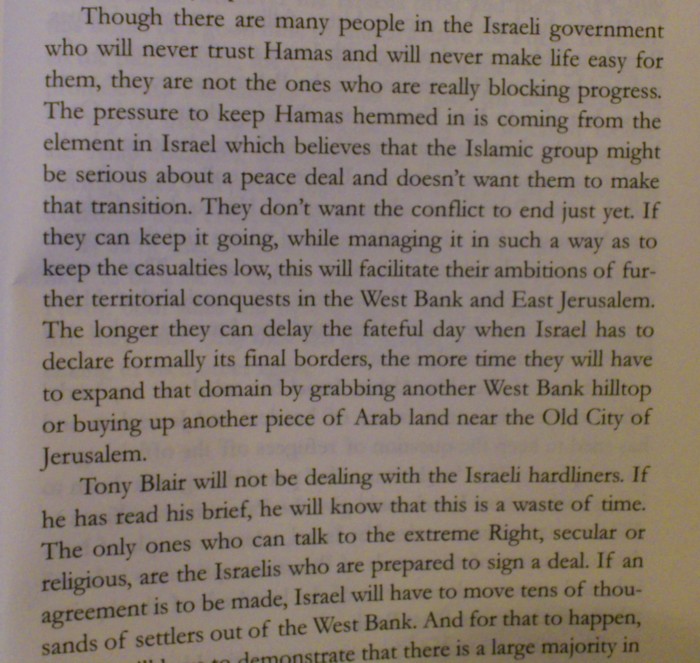 In the conclusion of his book, Richard Crowley declares:

Now you see why I can't stand RTE! 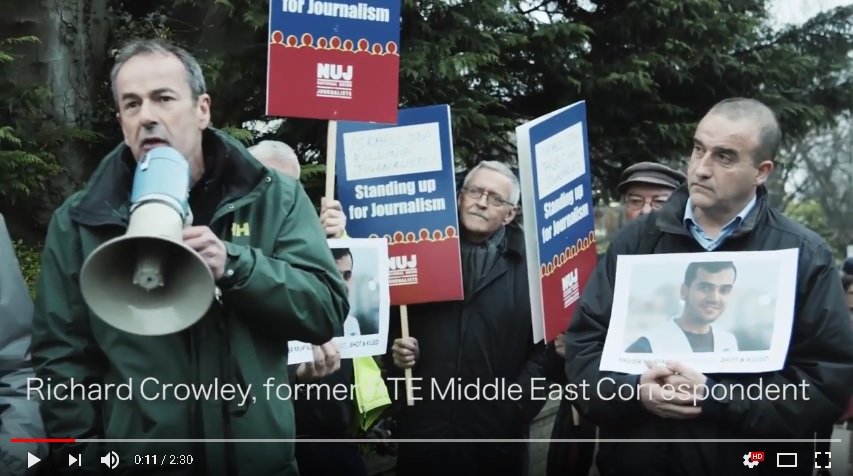 Richard Crowley at an anti-Israel demo, April 2018. Click to play.
He is protesting the death of "photo journalist" Yaser Murtaja, who was killed in the Hamas-led border riots.
Israel said Yaser Murtaja was an officer in Hamas. 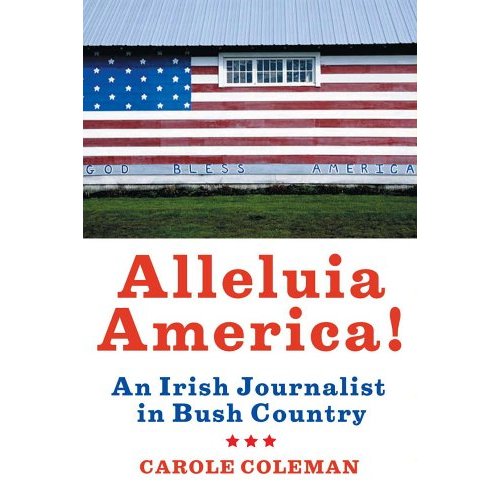 Carole Coleman, Washington correspondent for RTE.
The very cover of her 2005 book drips with patronising contempt for Bush and middle America.

CBS in Sept 2004 used fake documents to try to swing the U.S. Presidential Election of Nov 2004 for their man John Kerry.
It failed. They were exposed immediately. Bush won, Kerry lost, and Dan Rather's career ended in disgrace.

RTE in Oct 2011 used the dirty tricks of an IRA godfather and a fake tweet from an IRA supporter to try to swing the Irish Presidential election of Oct 2011 for their man Michael D. Higgins.
It worked. They were not exposed properly until after the election. Sean Gallagher lost and Michael D. won. The left is very strong in Ireland.
(Video is from an IRA account. Ignore the editorialising.)

I was startled to read the incredibly offensive response by Eoin O'Murchu, RTE Raidio na Gaeltachta political editor, to an email in 2011 from the family of IRA victim Jean McConville. McConville was a widowed mother of 10, who was abducted and murdered in 1972 by the fanatically violent Marxist thugs of Sinn Fein / IRA. Her body was not returned. Her 10 children were then orphaned, tearfully split up from each other, and sent to orphanages and homes, their lives ruined. Her body was not found until 2003.

Here's how Eoin O'Murchu responded to an email from her family in 2011:

"Please do not send any more of this obnoxious crap to me."

I wondered what kind of person could write that incredibly cruel response. So I thought I would read up about him. This is the kind of guy RTE chooses to filter our news:

Other IRA men in RTE