For me, 1900 is the most haunting year in human history. In 1900, the West believed in the future. We believed in reason, in progress, in liberal democracy, in science. We believed that humanity was going somewhere. And then the 20th century did its best to destroy all these dreams. For me 1900 wistfully stands for what might have been, what we might have achieved if we had stuck by reason, science, and the values of the Enlightenment.

Early motor races, including the 1903 Gordon Bennett Cup in Ireland and the 1906 French Grand Prix.
Western science and technology is not a story of exploitation, lack of humanity, and hubris, as portrayed by so many movies. It is a story of optimism, wonder and triumph.

Clip from the movie Titanic (1997).
How much better the world would be if the 1912 world had been allowed to continue slowly developing, if the 1914 war had never happened.

"16th April. - There has been an astonishing disaster at sea, the Titanic, the largest vessel ever built, wrecked in mid Atlantic by collision with an iceberg. It was her first voyage, and she was carrying over 1,000 passengers to New York, many of them millionaires. Most of the women and children seem to have been put in boats and picked up by a passing steamer, but the rest have perished, over 1,000 souls ... One thing is consoling in these great disasters, the proof given that Nature is not quite yet the slave of Man, but is able to rise even now in her wrath and destroy him. Also if any large number of human beings could be better spared than another it would be just these American millionaires with their wealth and insolence."
- The disgusting diary of Wilfrid Scawen Blunt, on 16 Apr 1912 (see screenshot), after the Titanic sank, manages to sum up everything I hate about a certain type of western intellectual. Like sneering leftists after 9/11, he seems delighted the ship sank. Thousands have died in horror, and he just feels like making stupid jokes. He has contempt for vulgar Americans who earned their wealth through trade (in contrast to old money like his wife the 15th Baroness Wentworth). And finally, he is delighted that cruel uncaring nature is putting man in his place.
He's dead 90 years, but I still want to punch him.

The older western imperialism and colonisation wasn't all bad. It introduced societies to advanced ideas as well as often brutally exploiting. Self-determination can lead to totalitarianism just as easily as foreign occupation can (as Africa shows). The human rights and prosperity of a country are what matter above all else - certainly they matter more than self-determination or democracy, which are only means to that end. By these standards, Soviet imperialism was all bad, but British imperialism wasn't.

The 20th century - the western counter-Enlightenment

WWI, 1914 - the start of the madness. For me, WW2 was a just war against evil, but I can never view WWI that way. Sure, if you had to pick a side, you would support the Allies against the Central Powers. But it simply was not worth 15 million lives to stop the Central Powers. Surely, in 1914 or early 1915, when it became clear how serious this was, some kind of compromise peace deal could have been reached. Such a deal was proposed but would have been shameful with Nazi Germany, but would not have been shameful with WWI Germany. War was a worse option.


And it is not just the 15 million lives lost immediately in WWI. WWI soaked Ireland (1916-23) and Turkey (1915-23) in blood and destruction, and was the start of the long 20th century collective madness that led to the Russian revolution (1917), the Bolshevik and Soviet democide, the rise of Nazism, WW2, the Holocaust, the Cold War, and the entire worldwide communist democide. WWI is arguably even the cause of IRA violence in the modern age. (The worship of the gun started in 1916.)

WWI derailed western civilization from the long 18th-19th century pursuit of science, enlightenment, democracy, capitalism and ever-expanding freedom. After 1914, an entire human lifetime was lost before the tide began in 1989 to flow in the direction of human progress again.

And finally, 1914 was something from which Europe never recovered. It was the great stupid act of European suicide. Until 1914, Europe had had 500 years of being the centre of the world - the birthplace of science and the heart of all human knowledge. And Europe threw it all away. It never recovered from the two world wars of the 20th century. Leadership of the world passed to America. As the men were marching out in 1914, they should have been told: This is the end of European power you are marching for. Don't try to beat the enemy. Just do some kind of deal with him and carry on with life as normal.

The 21st century - western values take over the whole world

Since 1989 we have a second chance to make it right, to be worthy descendants of the Victorians, to reach the promised land of global democracy. Let's hope we don't screw it up this time.

This is still the defining, triumphant moment in the history of humanity, the first step of our destiny - to spread life to the stars and ensure that life never dies out.
Video of Tonight, Tonight (1995). 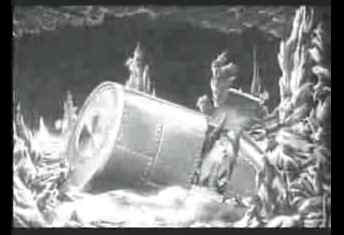 The moon landing as imagined in A Trip to the Moon in 1902. 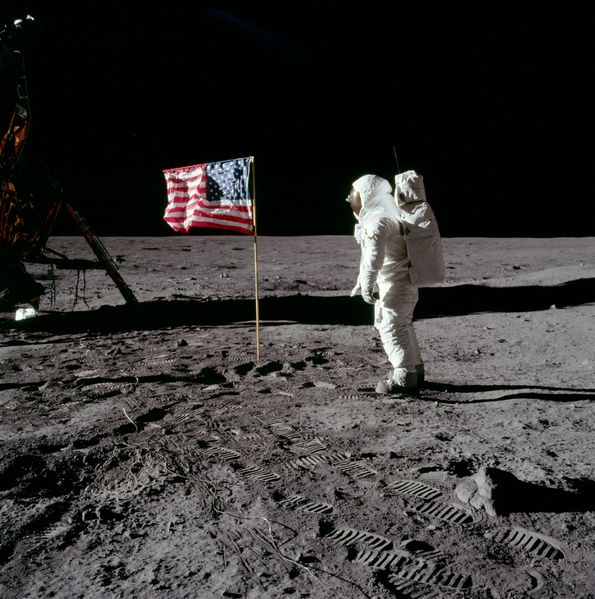 What the moon landing actually looked like in 1969.
From here. 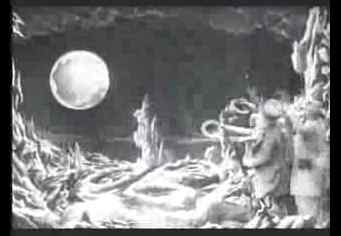 The earth seen from the moon, as imagined in A Trip to the Moon in 1902. 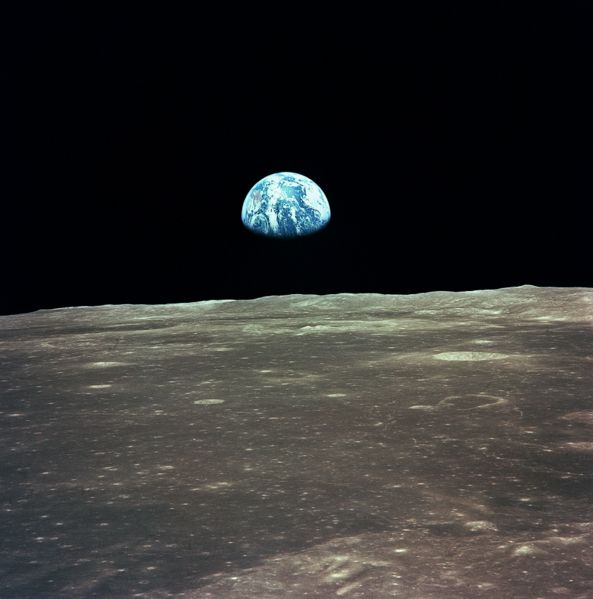 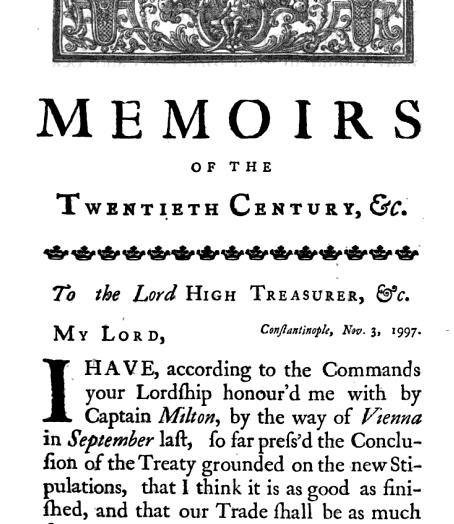 Yes that does say "1997".
This is the opening page of one of the first science fiction works, Memoirs of the twentieth century (1733) by Samuel Madden, in which he tries to imagine life in the 20th century.
Such wonderful optimism, to believe that we have a future, and that it will be different to today.