How to find the Muhammed cartoons

The Islamic street disgraced itself yet again over the cartoons - reacting with death threats, rioting, arson and the slaughter of innocents, including children.


Muhammed cartoons demo, Britain, 2006.
Everyone in this demo should be expelled, not just from Britain, but from the West entirely.
Almost every Briton agrees with me.

Deport those who threaten the West 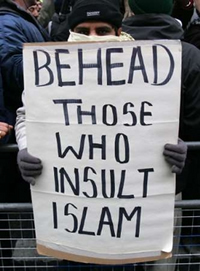 A British fascist angry about the Muhammed cartoons, at an Al Ghurabaa pro-terror demonstration,

Reaction to the riots

Muslim radicals (and even some lefties) got very upset about the cartoon of Muhammad with a bomb in his turban.

So it is, to say the least, gross hypocrisy that jihadists actually use this technique!

Ongoing attacks and killings for the cartoons

Other cartoons and images of Muhammed 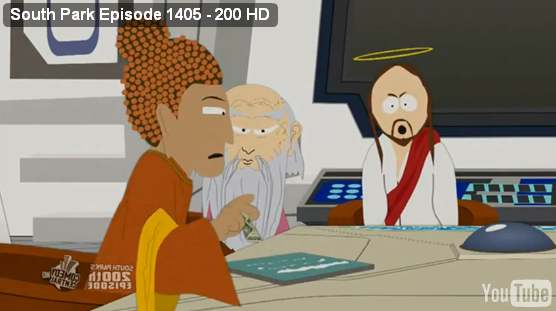 Classic scene from South Park episode "200":
Joseph Smith: "Boys! You need to understand that people get very offended when Muhammad is mocked, because he's a religious figure."
[Cut to Buddha sitting at the table gratuitously snorting cocaine.]
Jesus: "Buddha! Don't do coke in front of kids!"
[Stunned silence.]
[Discussion at the table continues.]

South Park got death threats in Apr 2010 from enemy site RevolutionMuslim / IslamPolicy which is based in New York. These people should be in Guantanamo.


The heroine Ayaan Hirsi Ali talked about the South Park death threats with Anderson Cooper on CNN.
At the end, she makes the optimistic point that if the western world stands together in support of people like her, and artists like South Park, and there is more and more global criticism of Islam over the coming years, then eventually we will reach a "tipping point" where there will be too many people to threaten, and Muslims will give up, just as Christians have given up. When there are a thousand Ayaan Hirsi Alis, then Ayaan Hirsi Ali will finally be safe. That is what the world needs.
Search for copies. 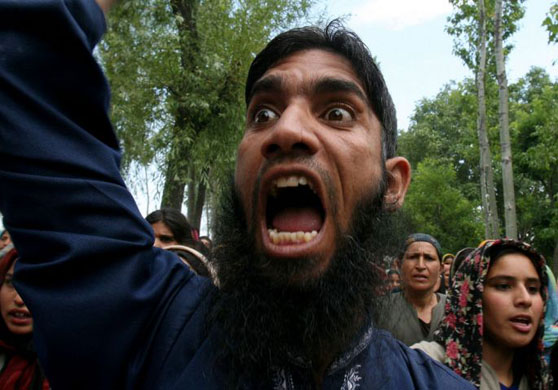 Islam - The only religion that can't take a joke.
The world's most intolerant religion.

The Bahá'í faith is morally superior to the Islamic faith

Here in half a page is the reason why the Bahá'í faith is morally superior to the Islamic faith. 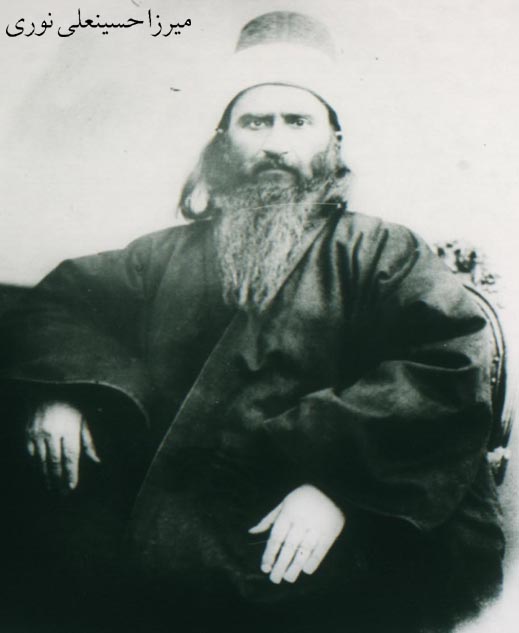 Members of the Bahá'í Faith don't like this photo of their founder Bahá'u'lláh being displayed.
But in contrast to Muslims, they do not threaten violence if unbelievers do it.
The Bahá'í Faith is clearly morally superior to Islam.