The left-wing French magazine Charlie Hebdo angered the jihad by printing cartoons of the so-called "prophet" Muhammad in 2011.

The jihadists first bombed the Charlie Hebdo offices in Paris in 2011. They then returned in 2015 and attacked the offices with gunmen, killing 10 journalists and staff, including the editor, in the worst mass slaughter of journalists in Western Europe ever.

Time for Europe to get serious about criminalising and destroying Islamism. Islamism threatens to end our ancient, hard-won European freedoms forever.

Some of us were defending Charlie Hebdo long before the massacre. 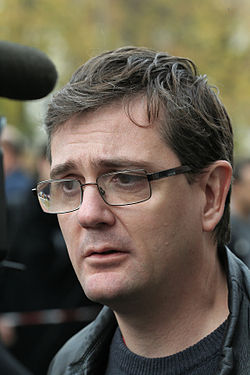 The Charlie Hebdo killers shouting: "We have avenged the Prophet Muhammad!" 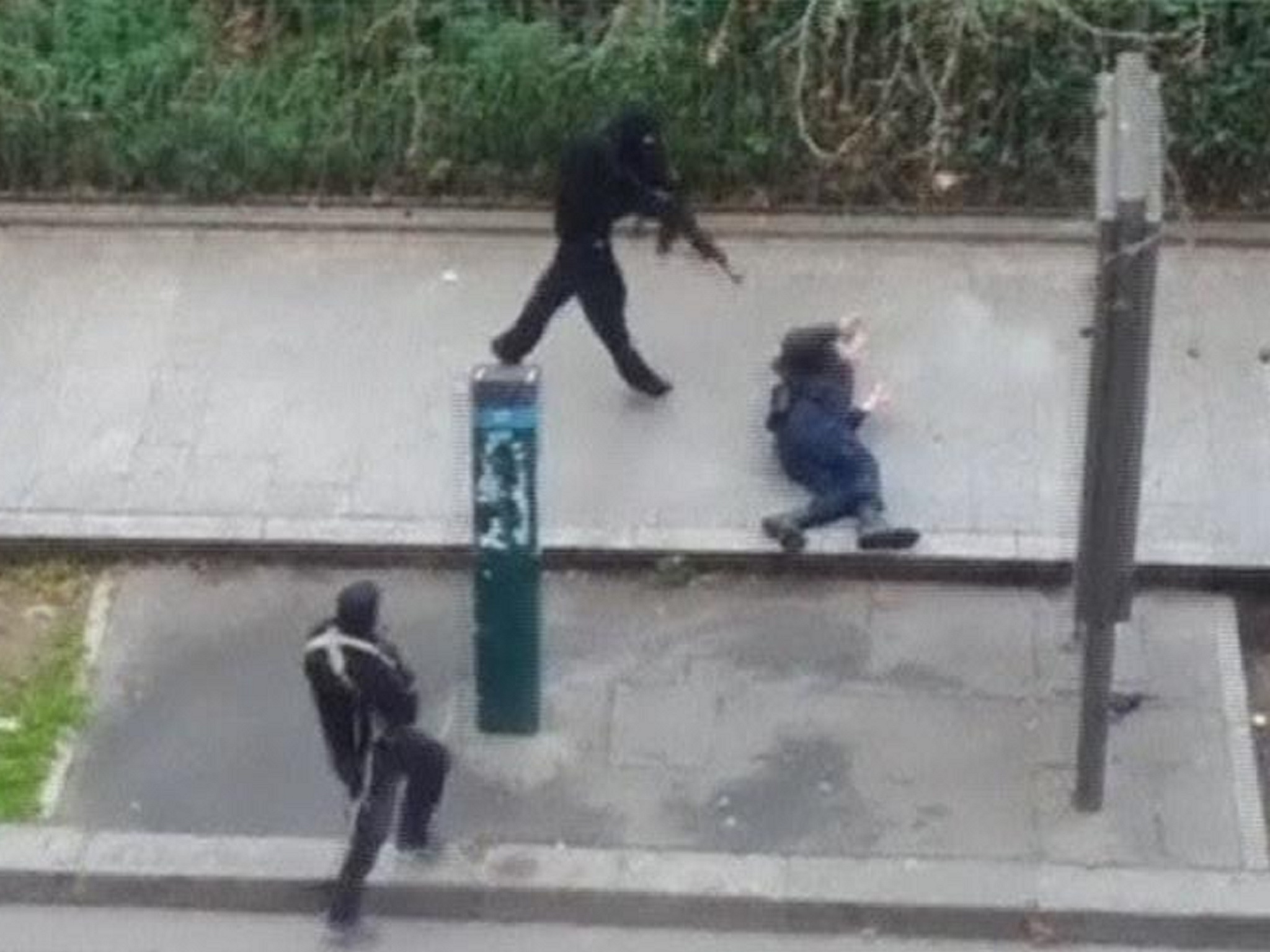 The Charlie Hebdo killers casually execute a wounded French cop, Ahmed Merabet.
He was a Muslim, who died for our freedom. 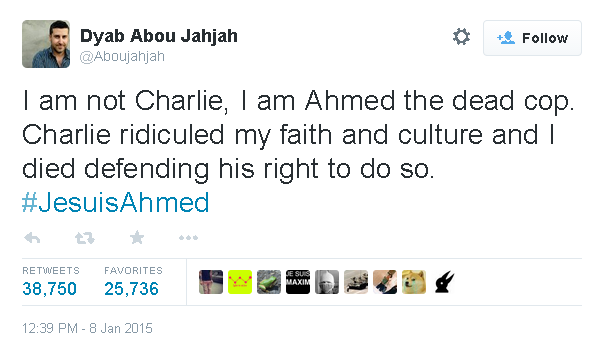 The other attacks in the killing spree

The Charlie Hebdo massacre was part of a spree of attacks from the same jihadi gang. 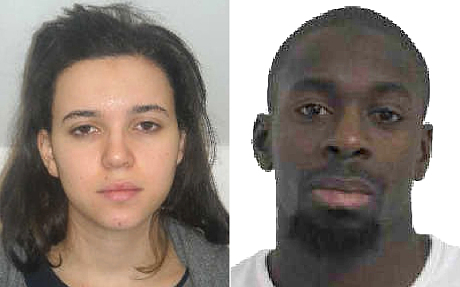 Bizarre: This young, mixed-race couple are the modern day Nazis who slaughtered Jews at a French supermarket.
Hollywood never prepared us for this as the face of modern fascism.
The African man was the Jew-hating, Nazi attacker.
His wife, it seems, helped set up the attack, then fled to Syria.
Jews hid from this Nazi in the freezer, for 5 hours. In Europe. In 2015. 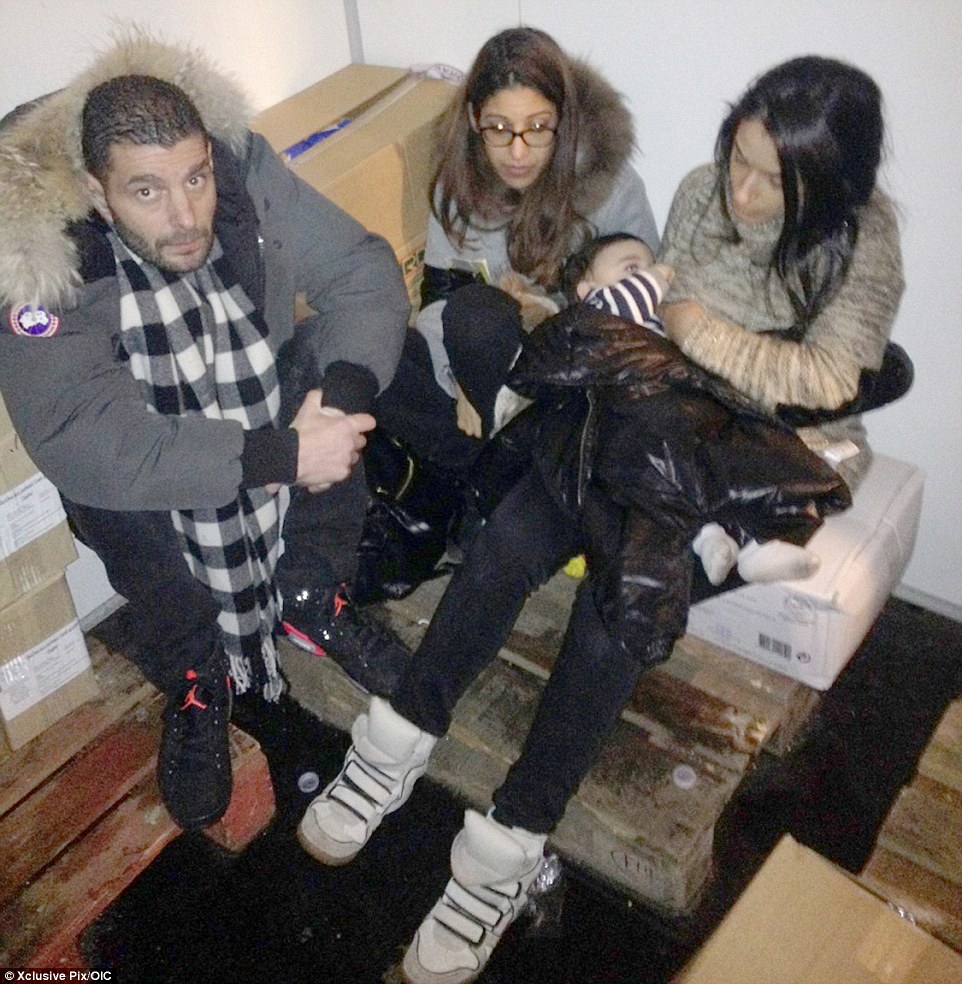 Jews (including a mother and baby) hide from the above Nazi in a freezer.
In Europe. In 2015.
From here.

The death of the supermarket terrorist.
Jesus, they riddled the guy. No fucking around.

Reaction to the Charlie Hebdo massacre

While there was plenty of nonsense published after the attack, the main reaction of French people and of Westerners in general was total shock, and a refreshing solidarity with Charlie Hebdo: "Je suis Charlie". There are signs that this could be a turning point for Europe.

3 days after Jews are slaughtered in Paris by Muslims, Irish Israel-hater Cathy Hutton tastelessly asks: "Why Jews being afforded protection in France & Muslims are not?" 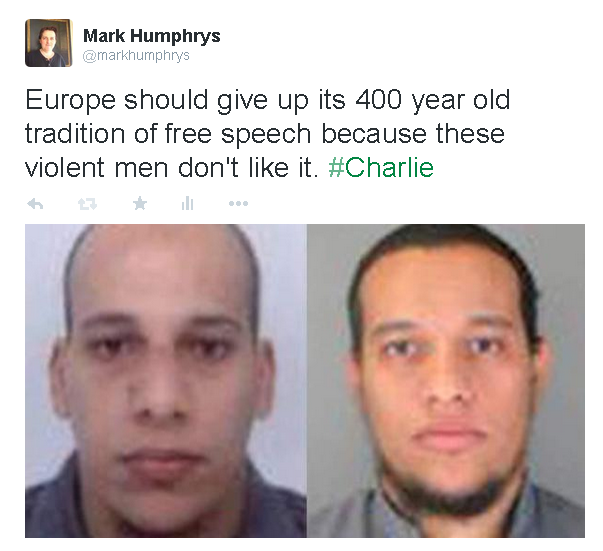 I try to sum up the left's view of the world.

The worst Irish article about the slaughter of the French journalists was by Victoria White. 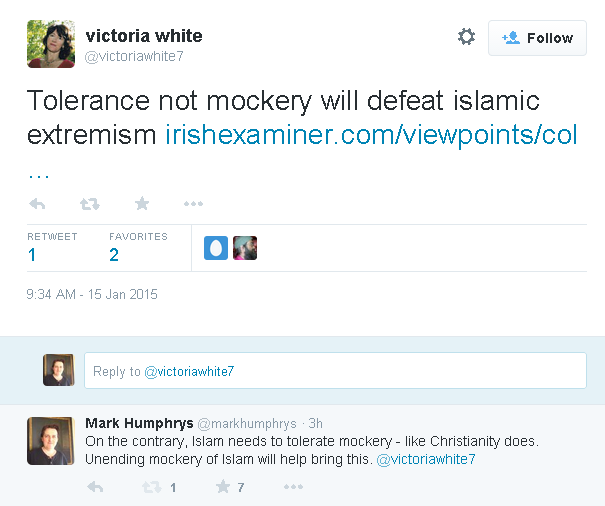 Victoria White, 15 Jan 2015, has it entirely backwards.
Protecting Islam from mockery will keep it in the Middle Ages, and will prevent it from improving and reforming. 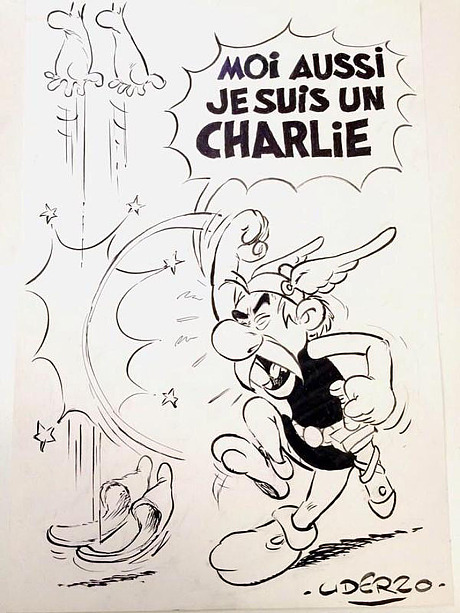 Many people made "Je suis Charlie" cartoons in solidarity, but this was very touching.
The 87 year old creator of Asterix came out of retirement to make this.

How to find the Charlie Hebdo cartoons 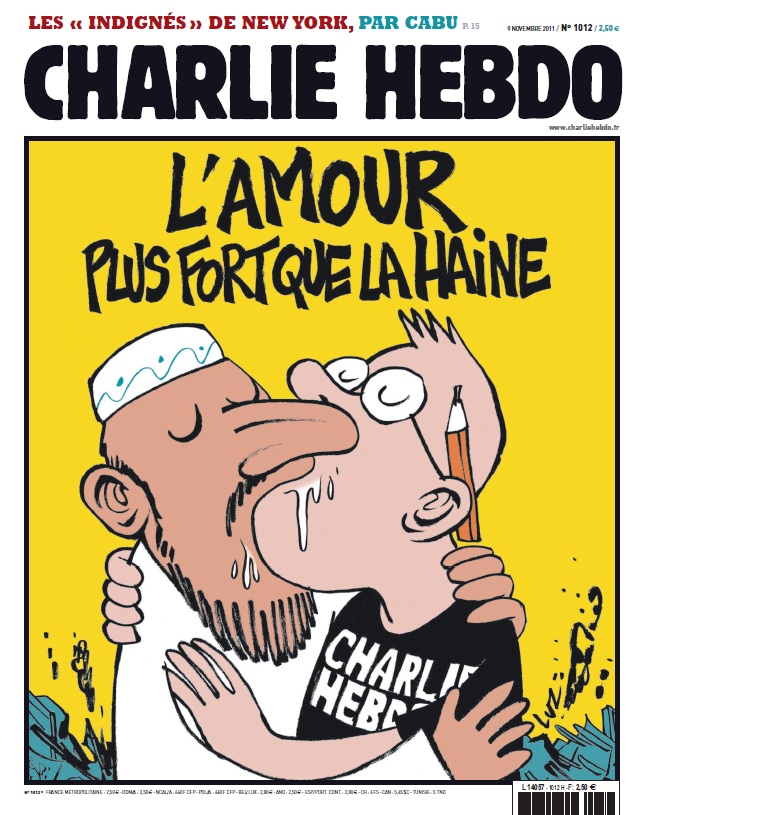 "Love is More Powerful Than Hate".

After the massacre, many normal media outlets around the world showed the Charlie Hebdo cartoons of Muhammad. They were printed in newspapers, shown on TV, put on websites and tweeted. The global taboo against printing cartoons of Muhammad is crumbling. If we all do it, there is safety in numbers. They can't kill us all.

The long-term result of the Charlie Hebdo massacre may be to make it finally acceptable to display Muhammad cartoons. The dam is breaking. Soon it will fall down. 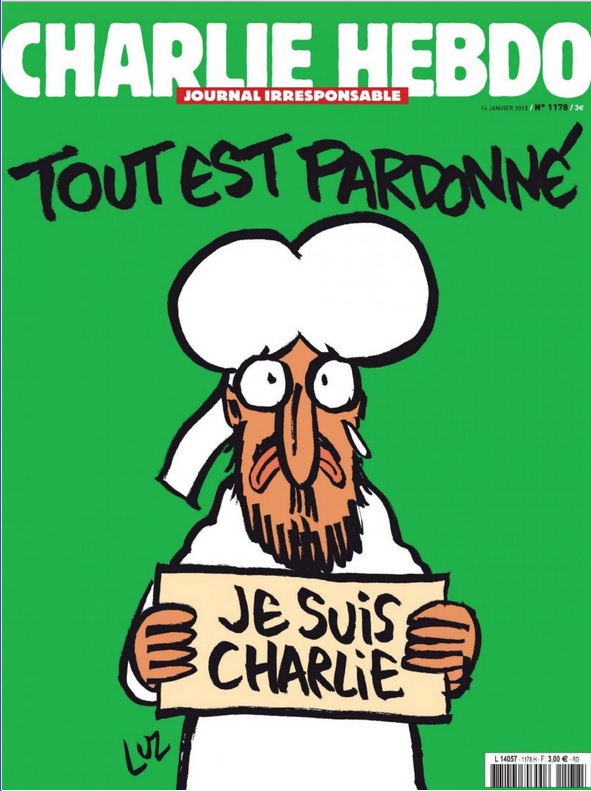 The touching, beautiful cover of the first Charlie Hebdo since their friends were murdered by the evil, humourless jihad.
The words above say "All is forgiven". Muhammad is crying and holding a sign "Je suis Charlie".

Irish and UK media scared of showing the cartoons 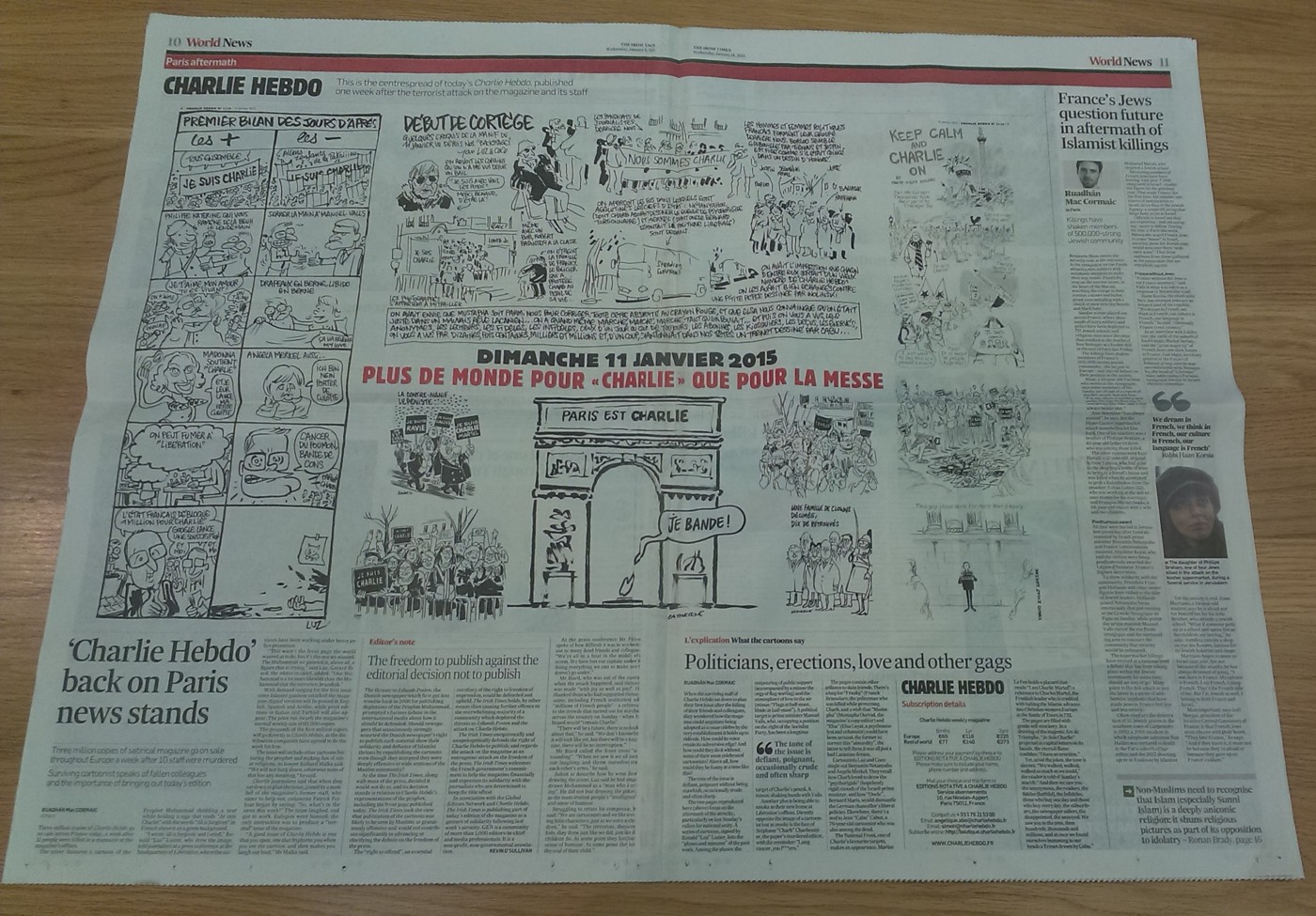 Comical: The Irish Times runs two whole pages of Charlie Hebdo "solidarity" on 14 Jan 2015.
But you can see what's missing.
They decline to show what the Charlie Hebdo staff got killed for.
There are no Muhammad cartoons. They do not even show the beautiful post-massacre cartoon. 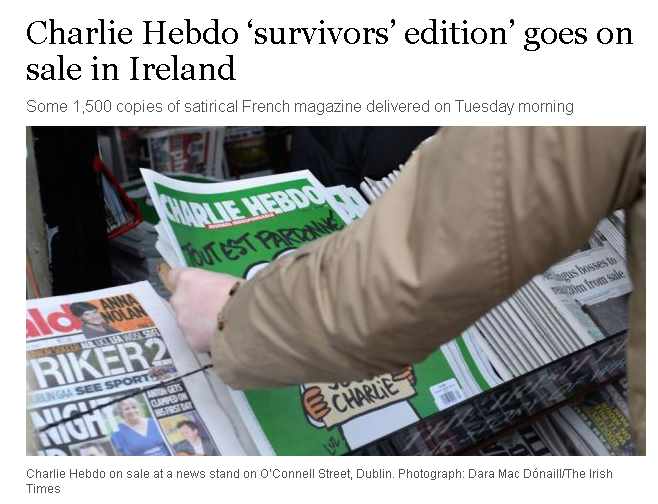 Michael Harding, Irish Times, 3 Feb 2015, bravely declares: "I am not Charlie".
Of course you're not. The Irish Times would not publish you if you were.
The unbeliever Harding says "may his name be praised" about Muhammad, who persecuted unbelievers. 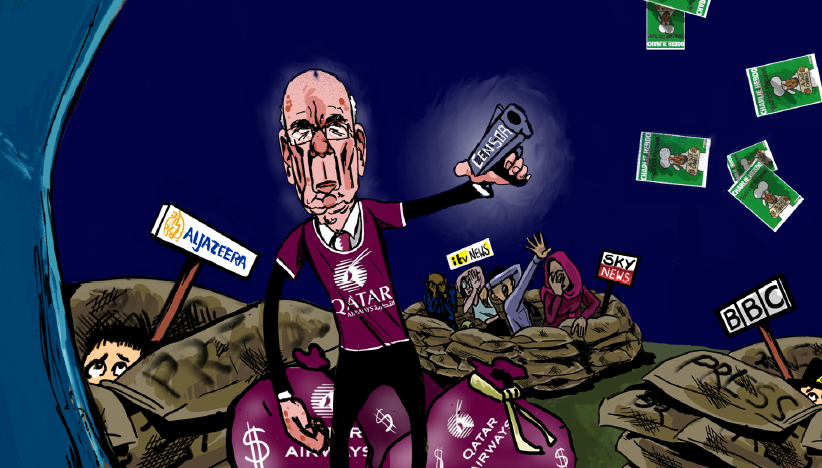 Amusing cartoon slagging off Sky News and others for being scared of showing the Charlie Hebdo cover.
Detail of cartoon from issue 1 of Vive Charlie magazine.

The left-wing, anti-Israel, anti-counterjihad Phoenix magazine is always full of cartoons. But, after the worst killing of cartoonists ever, they declined to print the Charlie Hebdo cartoons, or any cartoon disrespectful to Islam. Or indeed, any "edgy" cartoon at all.
They declared on their post-massacre cover: "Je ne suis pas Charlie".

I slag off the pious left-wing Phoenix magazine after the Charlie Hebdo massacre. 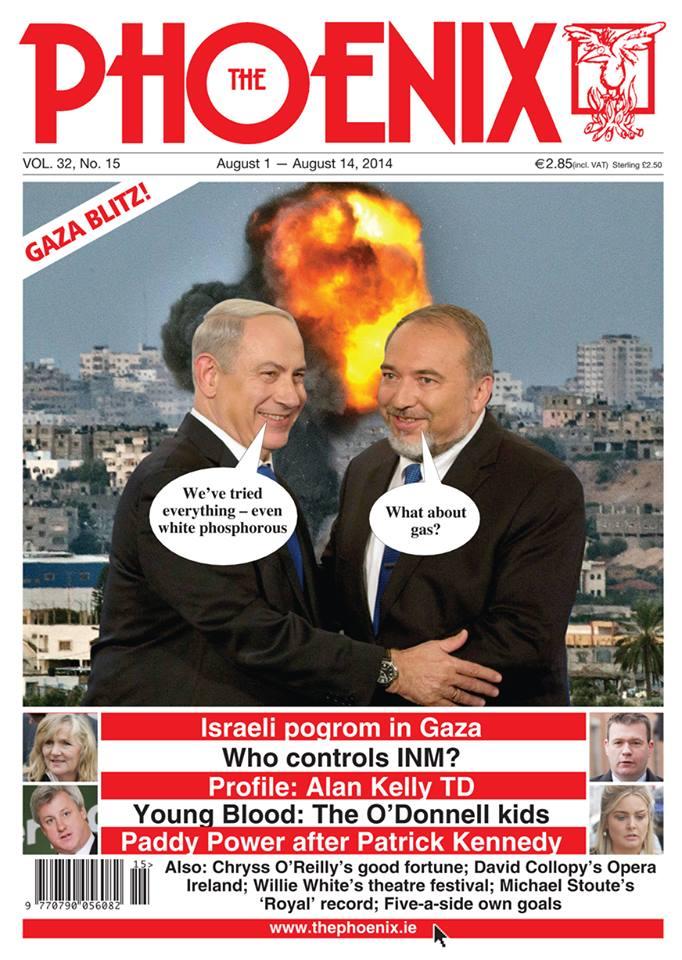 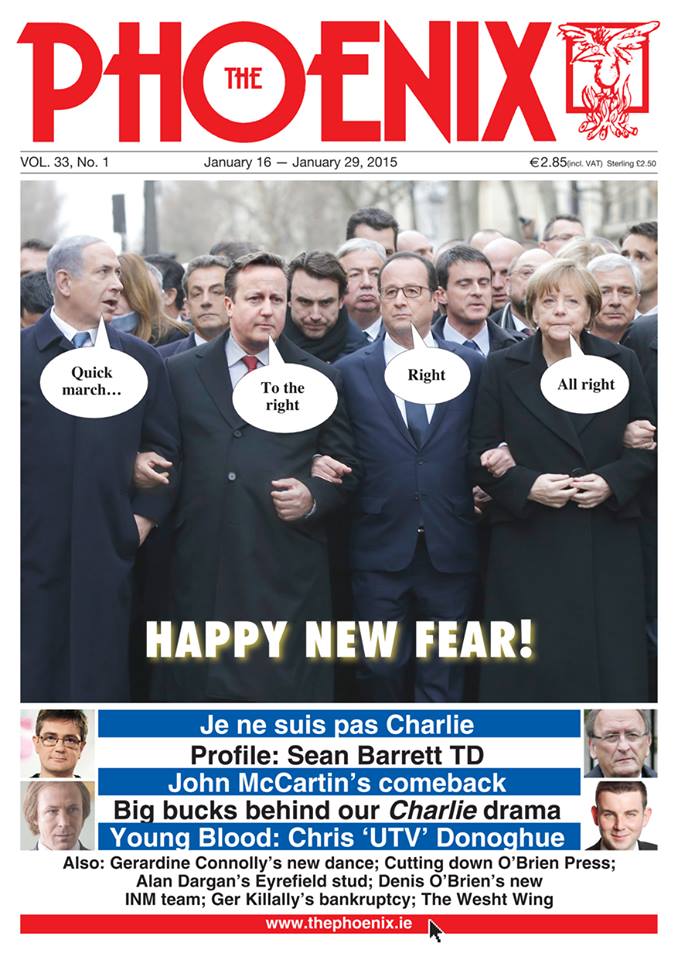 Left: The kind of hatred Phoenix magazine spews at the Jews of Israel.
Right: In contrast, here is the Phoenix cover after the worst attack on the press in European history. They say: "Je ne suis pas Charlie". They declared that the left-wing magazine attacked by gunmen was "extremely offensive and often racist and homophobic ... incitement to hatred".


Very touching: French people queue at dawn to buy Charlie Hebdo after the massacre.
Sales are up from 60,000 to 7 million. You jihadi morons. You made this happen.

Of course, there was no detectable Islamic soul-searching after the massacre.

Rather, the jihad against the magazine continues. How much more blood do you want?


Islamic maniacs burn churches and kill Christians in Niger, Jan 2015.
Not enough cartoonists have been killed to satisy their blood lust.

Gaza Islamists celebrate the Charlie Hebdo murders and threaten more.
"You French people if you are in Gaza we will slaughter you."
Why does France go on supporting the Palestinians? France should switch sides and support Israel.

"Muhammad isn't sacred to me. ... I live under French law; I don't live under Koranic law."
- Western hero Stephane Charbonnier, editor of Charlie Hebdo, murdered by the jihad in 2015, sums it up.
Westerners will fight to the death, and rightly so, to avoid living under Koranic law.