The left and Israel - Gary Spedding

Anti-Israel activist Gary Spedding is one of the nastiest people on the anti-Israel side. In debate, his tactics are:

Contacting someone's employer to get them sacked is no way to conduct political debate. It is a cynical and disgusting tactic, but it works. I can take the "racism" verbal diarrhoea. It's just how some lefties argue. But I don't want my employer bothered by Spedding, so I will no longer debate him. His tactic works. 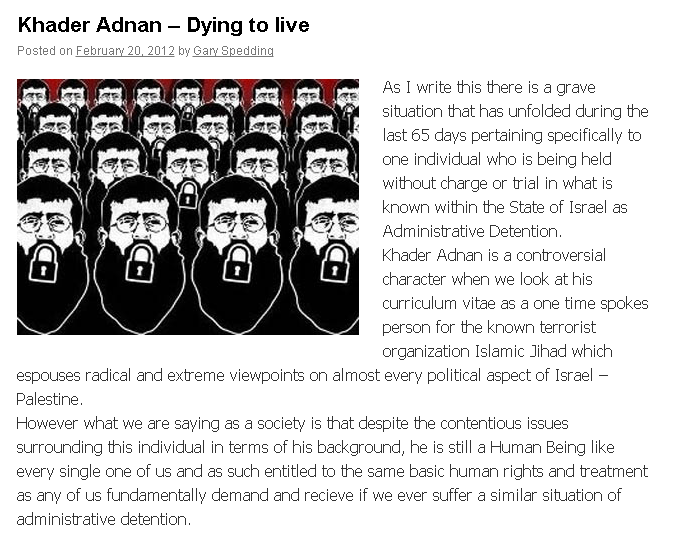 Spedding does not support terror against Israel.
But he campaigns for the rights of Islamic Jihad leader Khader Adnan.
What a constructive use of time! 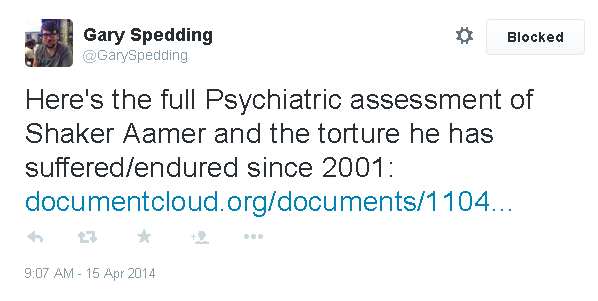 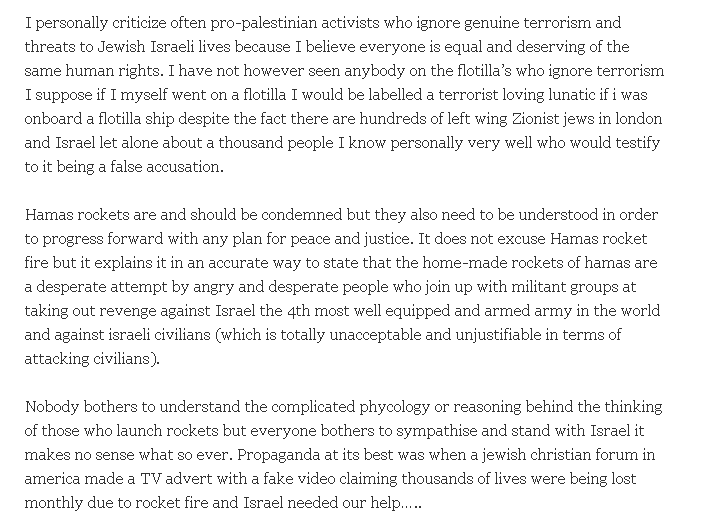 Spedding genuinely does not support terrorism. (You see, I am fair to my opponents, unlike Spedding!)
But he has no understanding of the psychology of those behind terror attacks.
Hamas do not fire rockets at Jews because they are "angry and desperate". Rather they are motivated by jihad, hatred, bigotry and religious mania. Spedding does not understand them at all. He is simply projecting western values onto them, values that they do not share.
2011 post by Spedding originally here, still visible here.

Spedding calls for me to be sacked

My first run-in with Spedding was when I wrote an article supporting Israel in Nov 2013. I think Spedding got really angry at my last sentence: "The next Gay Pride Parade in Israel will take place in Tel Aviv on 13 June 2014. Perhaps some supporter of the Palestinians would like to tell us when the next gay pride parade under their rule will be." 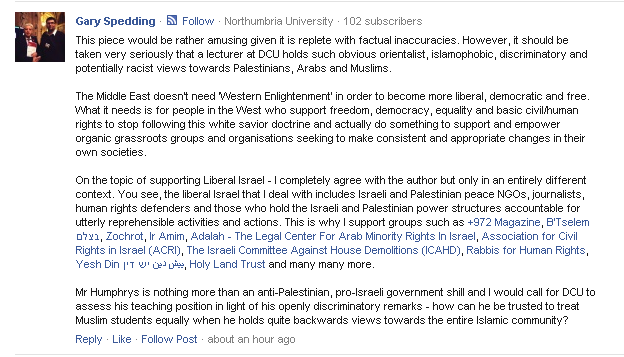 "Orientalist!" "Islamophobic!" "Discriminatory!" "Racist!" Sack him!
In the comments, Spedding calls for me to be sacked for defending Israel, 4 Dec 2013.
Universities should not allow diversity of thought, he says.
Oddly, in all his ranting, he forgot to provide the date of the next gay pride parade under Palestinian rule.

By "racist", Spedding, like many extremist leftists, does not mean what normal people mean.
For example, he says that racism against whites cannot exist.

In Dec 2014, I actually got Spedding to debate, for a while.

The topic was one of my standard hard questions: Name any "out" gay in Gaza or the PA.

Spedding campaigns for "gay rights" yet supports the Palestinians.
I asked him: "how come Palestinian gays hold their meetups in Israel?"
He claims gays meet up on the West Bank.
After some grilling he admits these are private meetings. Public meetings must be held somewhere free, like Israel.

Later he starts blaming the Brits. 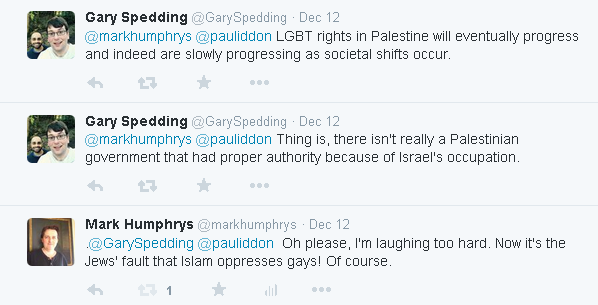 He gets annoyed when I ask for the name of a single "out" gay in Palestinian public life. I ask: "Where is Gaza's David Norris?"
I am an "orientalist" for calling for Gaza gays to have human rights, apparently.
They are in the Middle East, not in the West, you see.
However, Israeli gays are in the Middle East, right beside Gaza, and they are free.

Spedding contacts my employer to get me sacked

Spedding crossed the line in May 2015 when he contacted my employer to get me sacked. My employer is a university, which has guaranteed free speech, so this will lead nowhere. But this is the end of me and Spedding. This is very sinister behaviour. 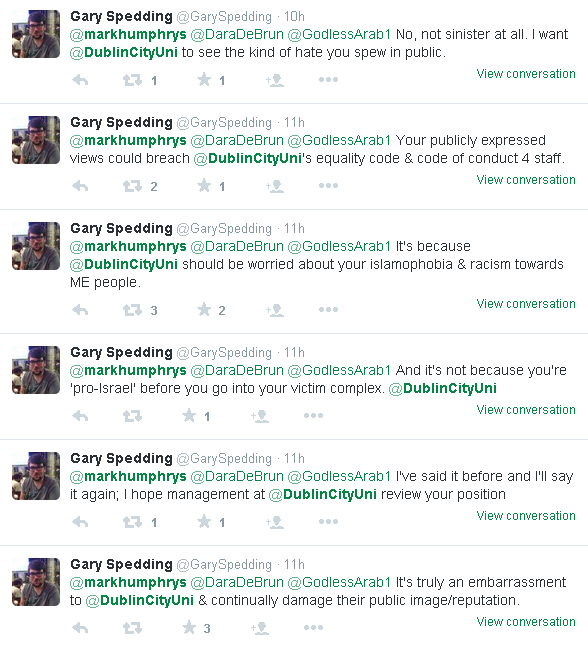 Gary Spedding, May 2015, contacts my employer to try to get me fired.
Well, I doubt the person who runs the Twitter will pay this any attention, but even so, it is very sinister.
This is the kind of person Spedding is.

Spedding continues to libel me and harass my employer

Libellous thug Gary Spedding is continuing to libel me and harass my employer. I guess he is angry about this page. 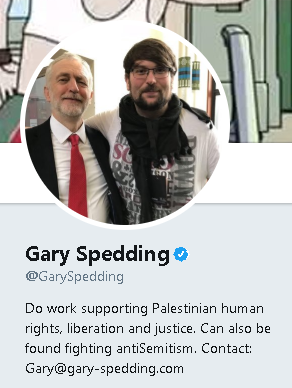 What he says he does: "Can also be found fighting antiSemitism."
What he actually does: 1. Supports Jeremy Corbyn, the man who turned Labour into an anti-semitic party. 2. Repeatedly contacts the employers of supporters of Israel to get them fired.