The right and freedom - The U.S. military

A page about the U.S. military and its Western allies, the defenders of our freedom.

The free world only exists because of the U.S. military and its Western allies

As Western Europeans, our freedom only exists because America and its Western allies destroyed Nazi Germany, and then prevented the Soviet Union conquering us.

Western Europeans should be grateful to America for centuries, and should instinctively take America's side for centuries. 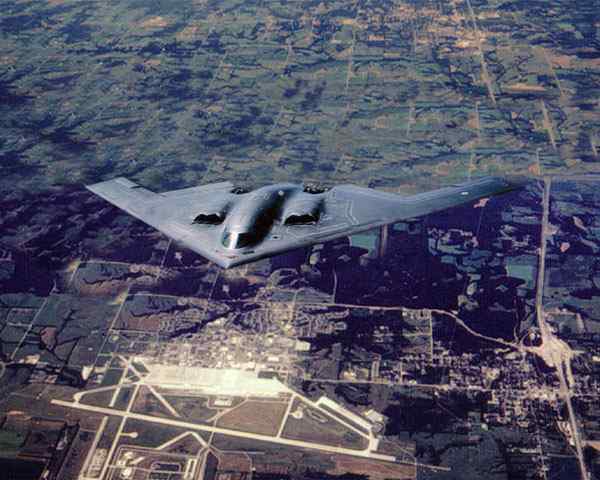 The nobility and bravery of the US military and its allies 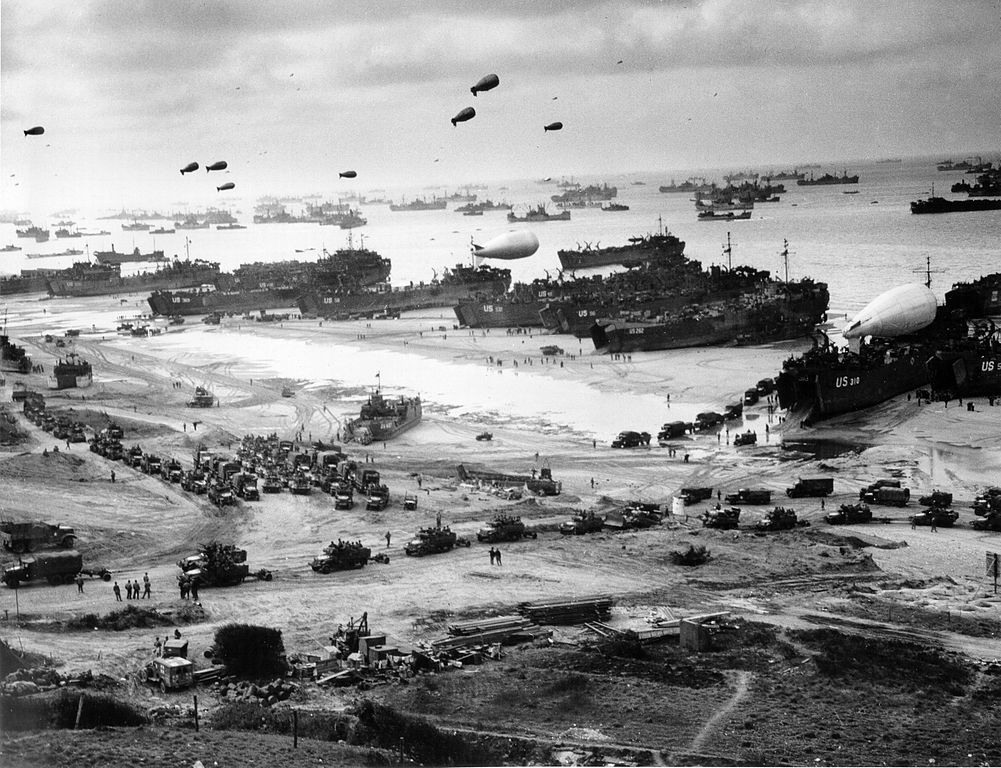 The US military, the UK military, and their allies land in France, 1944, to liberate Europe from Nazi tyranny and genocide.
From here.
Europeans should never forget this day.
And, if you are a standard global anti-American, ask yourself: What has your country ever done to match the nobility and greatness of this?

The military protect those who hate them

The brave and noble U.S. and allied militaries risk their very lives trying to save ungrateful people who despise them and attack them:

The awesome US military


Apache attacks on jihadis in Iraq and Afghanistan.

The brave Americans stop the jihadis killing and torturing any more innocents.

thanking the military in Superbowl 2005.


The song "Poster Girl (Wrong Side Of The World)",

a tribute by the Australian singer Beccy Cole to the Australian freedom fighters in Iraq.
See lyrics (scroll down).
Video put on YouTube by Beccy Cole.
The song is her response to a fan who complained about her support for the Australian troops. "Cause I shook hands with a digger; on the wrong side of the world; With a wife at home who holds her breath; and brand new baby girl; ... And if unlike me you feel no pride at all; Then go ahead and take me off your wall; 'cause I prefer to be a poster girl; on the wrong side of the world"

William M. Arkin (and search) exemplifies the sneering contempt the modern American left has for the military, and any soldier fool enough to die to defend the West.

Arkin's abuse of the troops in Iraq in early 2007 set off a controversy. See the following columns, and the many interesting, moving and articulate opposing comments below them (although it is sad to note he got threats from some people):

The leftist myth that soldiers are poor and stupid

A common myth among leftists is that U.S. soldiers are poor, black and uneducated, high-school drop-outs and so on. Like most things lefties believe about America, it is inaccurate.

The U.S. military does not need brainless cannon fodder. It never fights those kind of battles any more. The U.S. military needs people who can operate state-of-the-art, high-technology hardware and software under battle conditions. Modern western, all-volunteer, high-technology militaries are the most educated militaries in the history of the world. 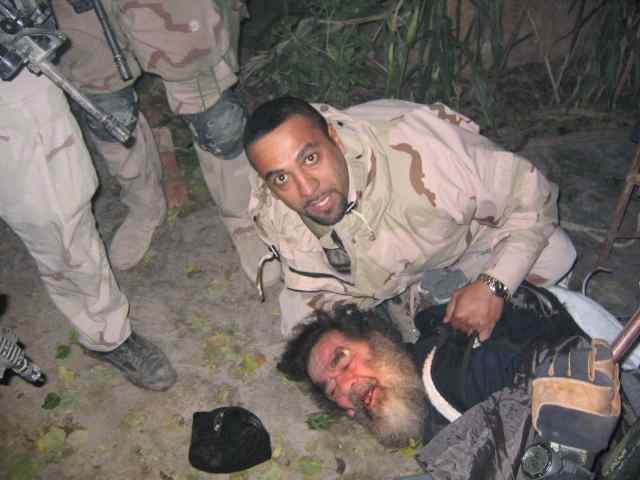 The capture of Saddam by the U.S. military, Dec 2003. - The greatest moment of the century so far.
There is no God to bring justice on this earth. But there is America, and the U.S. military.
See hi-res version.

"I don't regret going, everybody dies but few get to do it for something as important as freedom. It may seem confusing why we are in Iraq, it's not to me. I'm here helping these people, so that they can live the way we live. Not have to worry about tyrants or vicious dictators. To do what they want with their lives. To me that is why I died. Others have died for my freedom, now this is my mark."
- Cpl Jeffrey B. Starr, USMC, who died fighting for freedom in Iraq.
The New York Times deliberately chose to exclude his words when they featured him (because they would not have fitted in with its negative, demoralising tone).

Letter from a US Marine to the Iraqi fascist "resistance":

"I see that you have captured a U. S. Marine, and that you plan to cut off his head if your demands are not met. Big mistake. Before you carry out your threat I suggest you read up on Marine Corps history. The Japanese tried the same thing on Makin Island and in a few other places during World War Two, and came to regret it. Go ahead and read about what then happened to the mighty Imperial Army on Tarawa, Iwo Jima and Okinawa. They paid full price for what they did, and you will too."

"You look at America and you see a soft target, and to a large extent you are right. Our country is filled with a lot of spoiled people who drive BMWs, sip decaf lattes and watch ridiculous reality TV shows. They are for the most part decent, hard working citizens, but they are soft. When you cut off Nick Berg's head those people gasped, and you got the media coverage you sought, and then those people went back to their lives."

"This time it is different. We also have a warrior culture in this country, and they are called Marines. It is a brotherhood forged in the fire of many wars, and the bond between us is stronger than blood. While it is true that this country has produced nitwits like Michael Moore, Howard Dean and Jane Fonda who can be easily manipulated by your gruesome tactics, we have also produced men like Jason Dunham, Brian Chontosh and Joseph Perez. If you don't recognize those names you should. They are all Marines who distinguished themselves fighting to liberate Iraq, and there will be many more just like them coming for you."

"When you raise that sword over your head I want you to remember one thing. Corporal Wassef Ali Hassoun is not alone as he kneels before you. Every Marine who has ever worn the uniform is there with him ... If you want to know what it feels like to have the Wrath of God called down upon you then go ahead and do it. We are not Turkish truck drivers, or Pakistani laborers, or independent contractors hoping to find work in your country."

"We are the United States Marines, and we will be coming for you."

[It now appears that Corporal Wassef Ali Hassoun may have been unworthy of this tribute. But that is not important.]