With the retirement in 2012 of the incredibly annoying Archbishop of Canterbury Rowan Williams, there was a vacancy for some motormouth talking nonsense at the top of Christianity.

Step forward the Catholic Pope Francis (2013 on), a man who talks first and thinks later.


Evil is welcomed to the Vatican:
Tyrannies represented at the inauguration of Pope Francis in Mar 2013 include Bahrain, Belarus, Cuba, Russia and Zimbabwe.
In this video (at 0:52) Pope Francis bows to the Zimbabwean butcher Mugabe at his inauguration, 19 Mar 2013.
A new start? Doesn't look like it.
A church that takes a stand for morality and against evil? Doesn't look like it.

The Pope talks about "climate change" and massively over-generalises.
If you want left-wing politics and over-generalised slogans, the Pope is your man.
From here, 18 June 2015. 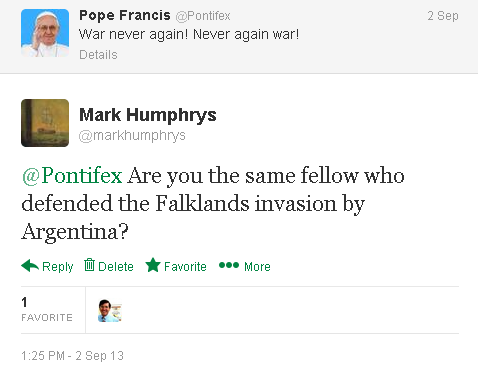 Pope Francis comes out against a US strike on Assad's Syria, 2 Sept 2013: "War never again! Never again war!"
I criticise the Pope to his face: "Are you the same fellow who defended the Falklands invasion by Argentina?"
I'm still waiting for a reply. 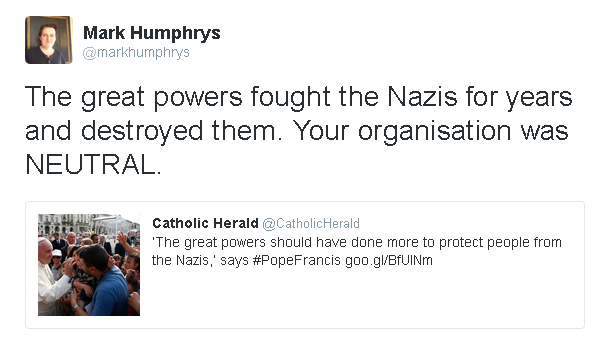 The Pope in June 2015 complains that the Allies did not bomb the railway to Auschwitz. 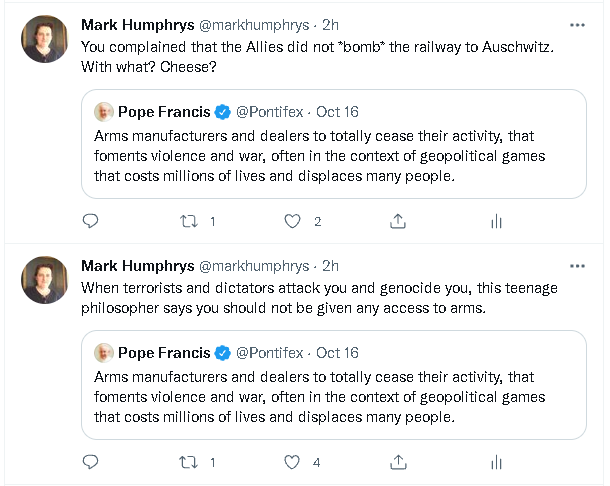 Pope Francis prays at the life-saving Israeli wall in Bethlehem, May 2014, in a morally creepy image.
What does it mean? Nothing good, I think.

Mr. Deity (Brian Keith Dalton) responds in a video called "Fuck The Pope!"
He is very rude, but the Pope is asking for it. 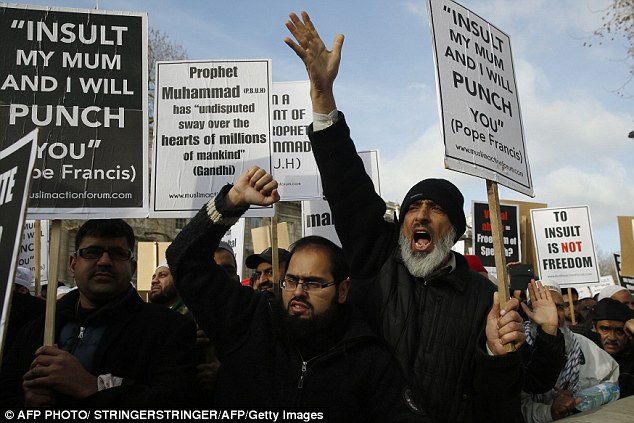 Placards at a disgusting anti-Charlie Hebdo march in London, Feb 2015.
The Pope is now inspiring Islamic threats of violence.
Is this the worst Pope of my lifetime?

The jihad still wants to kill him