In reality, these bodies need to earn our support. They need to prove to us that they should be respected. Many international bodies seem utterly unable to understand this point.


Watching what actually goes on at the U.N. "Human Rights" Council is the best cure for anyone who believes in the UN.

That is, tyrants clubs apart from the UN.

Anybody who is interested in the following organisations' opinions on any matter needs their head examined.

The Organisation of Islamic Cooperation (OIC)


The amorality of FIFA:
Switzerland's Sepp Blatter, President of FIFA, laughs at the oppression of gays in Qatar, 13 Dec 2010.
He thinks it is just a joke. He has obviously never spent 5 seconds thinking about the lack of human rights in Qatar when planning to disgracefully hold the World Cup there.
And search. 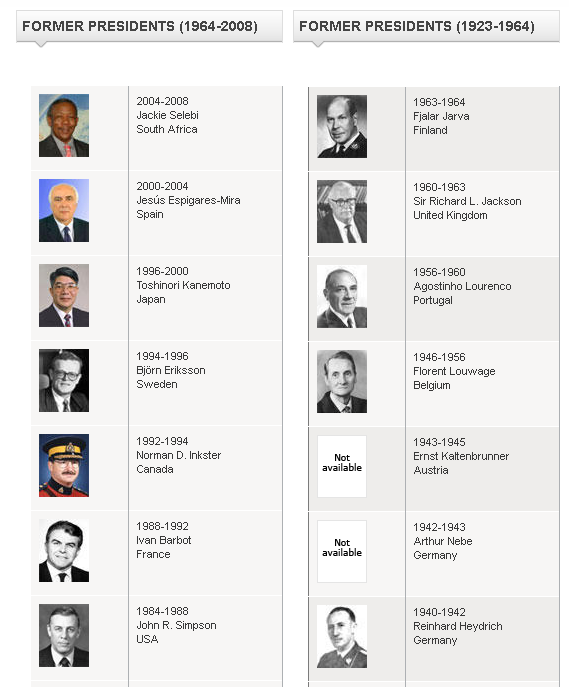 Is this the strangest web page on the Internet?
The list of Interpol past presidents includes Reinhard Heydrich!

The Community of Democracies

The idea of some kind of "United Nations", that would act to stop genocides such as Rwanda and Ethiopia where the great powers have no strategic interest, is still attractive to both (liberal internationalist) left and (neo-con) right. The problem is the left's insistence that all the tyrants of the world have to be included in such a body.

Here's the kind of interventionist trans-national body I could support: The Genocide Prevention Corps (GPC). Its aim would be to stop genocides in places where great powers have no strategic interest and where the genocide can be stopped with no great loss of life. I propose the following:


Yes it would be nice if we could address all war, all genocide, all tyranny and all oppression. But the UN will obviously never do that. And neither will the great powers. So why not start by addressing the worst things that can be solved, and take it from there.

Setting up the Genocide Prevention Corps would be a do-able, practical step towards a future "Tyranny Prevention Corps". We have to start somewhere. Could the (liberal internationalist) left and (neo-con) right unite to support it? Why not?

In contrast to the various tyrants clubs above, every member of the EU has a Freedom House rating of "Free". (Except now for one, Hungary, which has just dipped across the border to "Partly Free".)

In domestic policy, the EU are some of the best countries on the planet. Their foreign policy is not so good, though, since it is often driven by destructive ideas (resentment of America, and hopes of regaining lost European power) rather than by positive ideas such as bringing freedom to the rest of the world. The behaviour of France and Germany during the Iraq crisis of 2003 was a turning point in turning me off the EU.

I have mixed feelings about the EU. I generally think European unification has gone too far and needs to be rolled back. I am very supportive of free trade and free movement (of skilled people and pro-western people at least). But the Euro seems like an error - driven by political desires rather than whether it is good for the economy. The EU now treats the Euro as sacred and something that must be "saved" no matter what the cost, rather than treating it as a mere tool, where if it is good for the economy keep it, and if it is bad for the economy don't keep it. 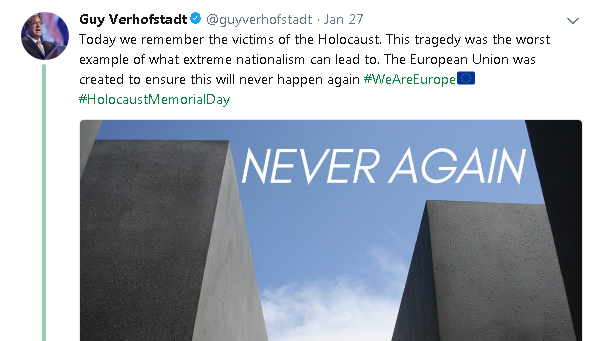 This sinister tweet in Jan 2018 by senior EU figure Guy Verhofstadt sums up what is wrong with the EU.
The EU is a religion. This tweet explains, as few other things can, why the EU finds it hard to deal rationally with dissent.
If you believe the EU should be a free trade area, good for business, then you will leave/join/leave depending on whether you think it helps the economy.
If you believe the EU is needed to stop another Holocaust, then you will treat dissent as treason and try to suppress it.

"Captain Euro", the sinister EU propaganda for children, shows how continentals don't really "get" democracy the way the Anglosphere does. 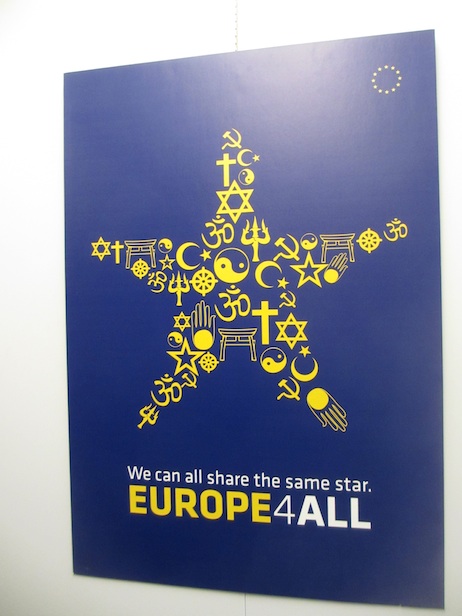 After decades of frustration, and polls showing large numbers of Britons wanting out of the EU, the UK finally got its chance to vote in 2016. 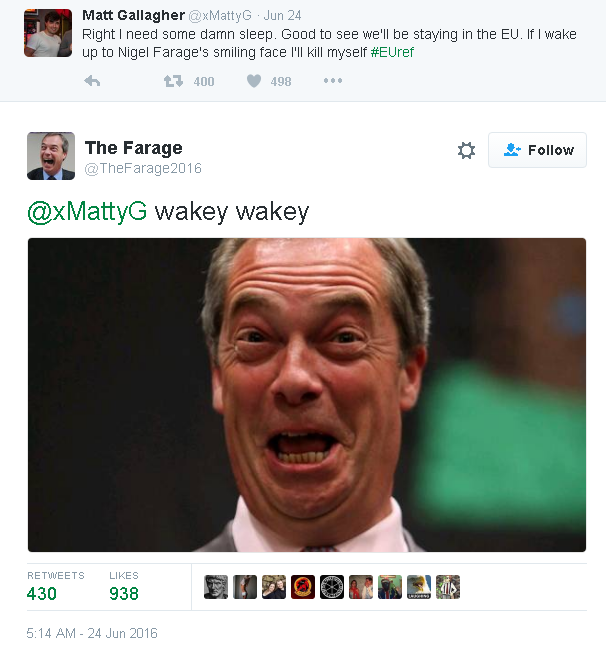 The UK votes to leave the EU, June 2016.
Many people went to sleep with "Remain" winning, and woke up to find "Leave" won.
Hilarious tweet from here captures the moment.
Of course, the original thread was deluged with grinning Nigel Farage pictures.

When will Ireland get a vote to end this abusive marriage?

NATO, like the EU, is basically a collection of democracies. NATO's domestic record is slightly worse than that of the EU. Every member of NATO has a Freedom House rating of "Free", except Turkey and Albania, which are "Partly Free".

I am very supportive of NATO. It has the potential to grow into the kind of organisation of the world's democracies that the UN can never be. NATO roughly represents the free countries of the world. NATO has a noble history of opposing tyranny and defending freedom. NATO has moral authority. The UN does not.

The West exists, and NATO is the organisation that so far best approximates the idea of the West - the free countries of the world. NATO should be expanded into a new organisation of the world's fighting democracies, including Australia, New Zealand, Japan, South Korea, Israel, and perhaps some others. And perhaps expel Turkey.