Politics - The modern left - The left's support for terrorism

The left's support for terrorism

The left has a long history of supporting third world terrorists such as the Palestinians.

But there is also a left-wing tradition of terrorism itself. This reached its peak in the 1960s and 1970s before burning itself out, as western leftists became unwilling to risk their lives for the glorious Marxist revolution that looked like it would never come. Few leftists today believe in anything enough to die (and kill) for it, and that is a good thing.

One interesting aspect of modern left-wing terror is how the greatest left-wing terrorist of all, the only man to kill a U.S. President since 1901, has been airbrushed out of history. Sure, we all remember JFK's assassination. But we try to forget that his killer was a pro-Castro communist leftist who killed JFK because of his anti-communism. It had nothing to do with civil rights. Remembering JFK without remembering he was killed by a communist is like remembering 9/11 without remembering it was carried out by Islamists.

Complete list of assassinations of US presidents or US presidential candidates.
Green shows left-wing assassins. 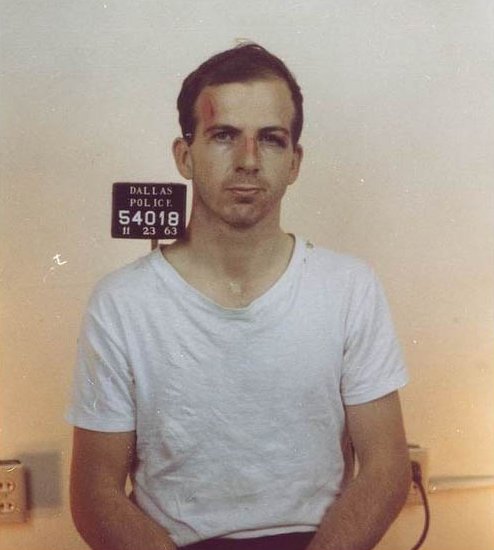 The greatest left-wing terrorist of all.
The pro-Soviet, pro-Castro, communist Lee Harvey Oswald assassinated the anti-communist, anti-Castro, U.S. President John F. Kennedy in 1963.
Probably neither Cuba nor the Soviets were involved. Rather, Oswald was acting on their behalf on his own initiative.
Image from here.

The greatest success ever for left-wing terror was the assassination of anti-communist U.S. President John F. Kennedy by the communist Lee Harvey Oswald in 1963.

The crackpot world of the American left, where "shadowy right-wing forces" killed JFK and RFK.
Kevin Costner's speech in Oliver Stone's ludicrous movie JFK (1991).
Kevin Costner is not meant to be a loony here. He's meant to be the hero!
In real life, the jury did not listen to the crackpot Jim Garrison and took less than an hour to find the accused not guilty. Hurray! 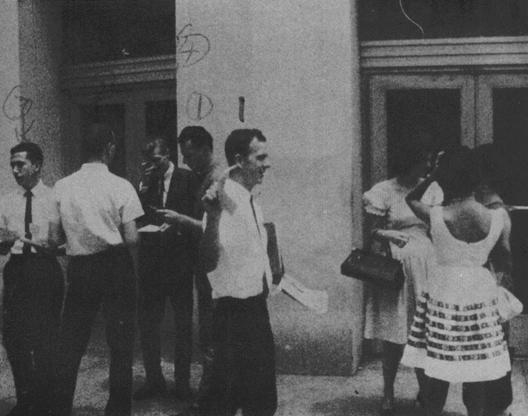 The commie Lee Harvey Oswald protests in support of communist Cuba in August 1963.
A few months later he killed the anti-Castro American president, John F. Kennedy.
Oliver Stone also supports Castro and communist Cuba, just like Lee Harvey Oswald did. They have a lot in common.
Unable to face up to the fact that a leftie rather like himself killed JFK, Oliver Stone in his movie invents a ludicrous plot in which the right (including the anti-Castro right) kills the American president for some reason.
Truly disgusting.

Carlos (or Carlos the Jackal) (2010).
Movie about the terrorist Carlos the Jackal.
I do not think it glorified him. If you admire him, then maybe you viewed the film differently to me. But for any normal person, it showed a bunch of insane, communist, pro-Soviet, pro-jihadist lunatics.


Left-wing terror in league with Islamic terror:
The Entebbe hijack of a flight out of Israel in 1976.
Left-wing German terrorists of the RZ help jihadists kill Jews.
They dressed it up in some mickey mouse language about "imperialism", but ultimately it was young Germans killing Jews.
Just like their parents' generation. 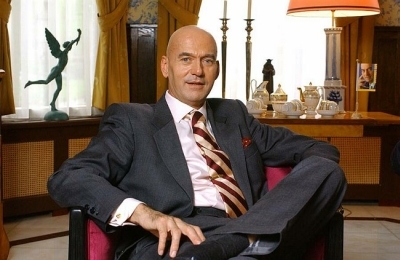 Left-wing terror in league with Islamic terror:
The leading Dutch anti-jihadist Pim Fortuyn was assassinated by a leftist in 2002.

All over the world, young people and students can be vicious enemies of human rights and human freedom just as easily as anyone else.
See these horrifying young fascist people in Kuwait in Nov 2007, who think that atheists should be arrested and even killed.
See transcript. There is a lone elderly defender of freedom of religion, the rather impressive Gamal Al-Bana: "That is very sad. Most of you are young and do not believe in freedom."
No one listens to him.