Human Rights Watch, like Amnesty, has been gradually corrupted by the anti-Israel left. It has been a long decline into an organisation that can no longer always be trusted.

Another horrible tweet from Kenneth Roth. (Criticised here by Jamie Palmer.)
Hate-filled jihadis slaughter random Christians at Sunday church in Cairo, Dec 2016.
Roth seems to think this is some kind of "protest" against the Sisi regime. 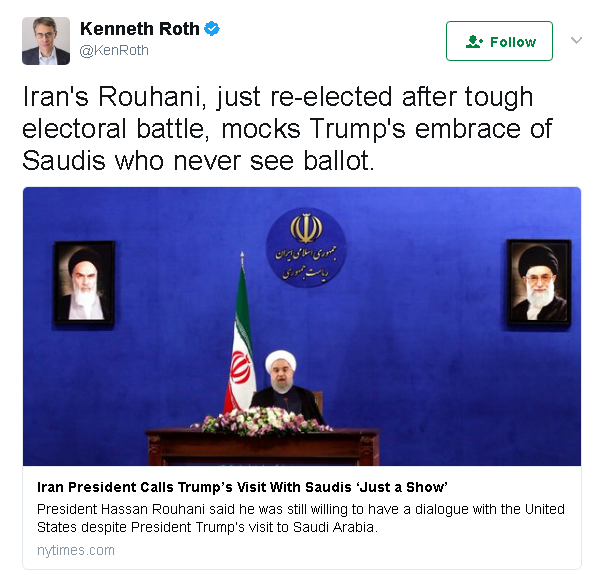 Adam Shapiro's tweet of 27 July 2012 tells me all I need to know about "Front Line Defenders".

The US State Department "Women of Courage" Award has had trouble with honouring dodgy characters.
The 2013 Award, March 2013, planned to honour Egyptian protester Samira Ibrahim.
Above is a tweet from Samira Ibrahim on Aug 21, 2012, approvingly quoting Hitler.
The tweet reads: I have discovered with the passage of days, that no act contrary to morality, no crime against society, takes place, except with the Jews having a hand in it. - "Hitler" 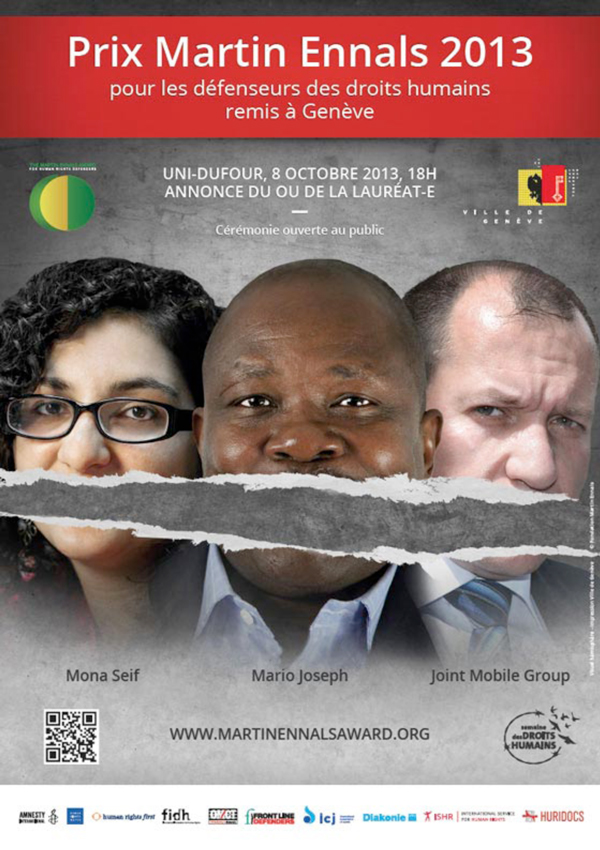 The Martin Ennals Award ("the Nobel Prize for human rights") disgraces itself by including in the 2013 finalists the pro-jihad Egyptian Mona Seif.
Mona Seif was nominated by Amnesty International, Human Rights Watch and Front Line Defenders.
There was an outcry and (perhaps partly because of that) she did not win.

"As an Arab who wants to purge Arab societies of the scourge of extremism and terrorism, I have come to realize that Islamists aren't the only obstacle and that the far-left are also an obstacle, perhaps an even larger obstacle, because they have emboldened the Islamists, Hamas, Muslim Brotherhood and Hezbollah in particular, and as a result, the Islamists have increased in strength. We are feeling the result of the far-left's assistance and support of the Islamists in the Arab world. I have seen far-left rhetoric that is supportive of these Islamist groups from once mainstream and formerly liberal groups such as Amnesty International and Human Rights Watch by their disproportionate criticism of Israel, yet their silence regarding Hamas and Hezbollah. I can no longer call these groups liberal when their words and actions are supportive of Islamist groups who seek the destruction and genocide of others."
- Algerian secular Muslim Omar Dakhane, 7 Mar 2012, says the left-wing turn taken by Amnesty International and Human Rights Watch aids and encourages human rights abusers in the Arab world.